Roland Marchal
The group has claimed the US embassy move to Jerusalem inspired them. That doesn't quite add up 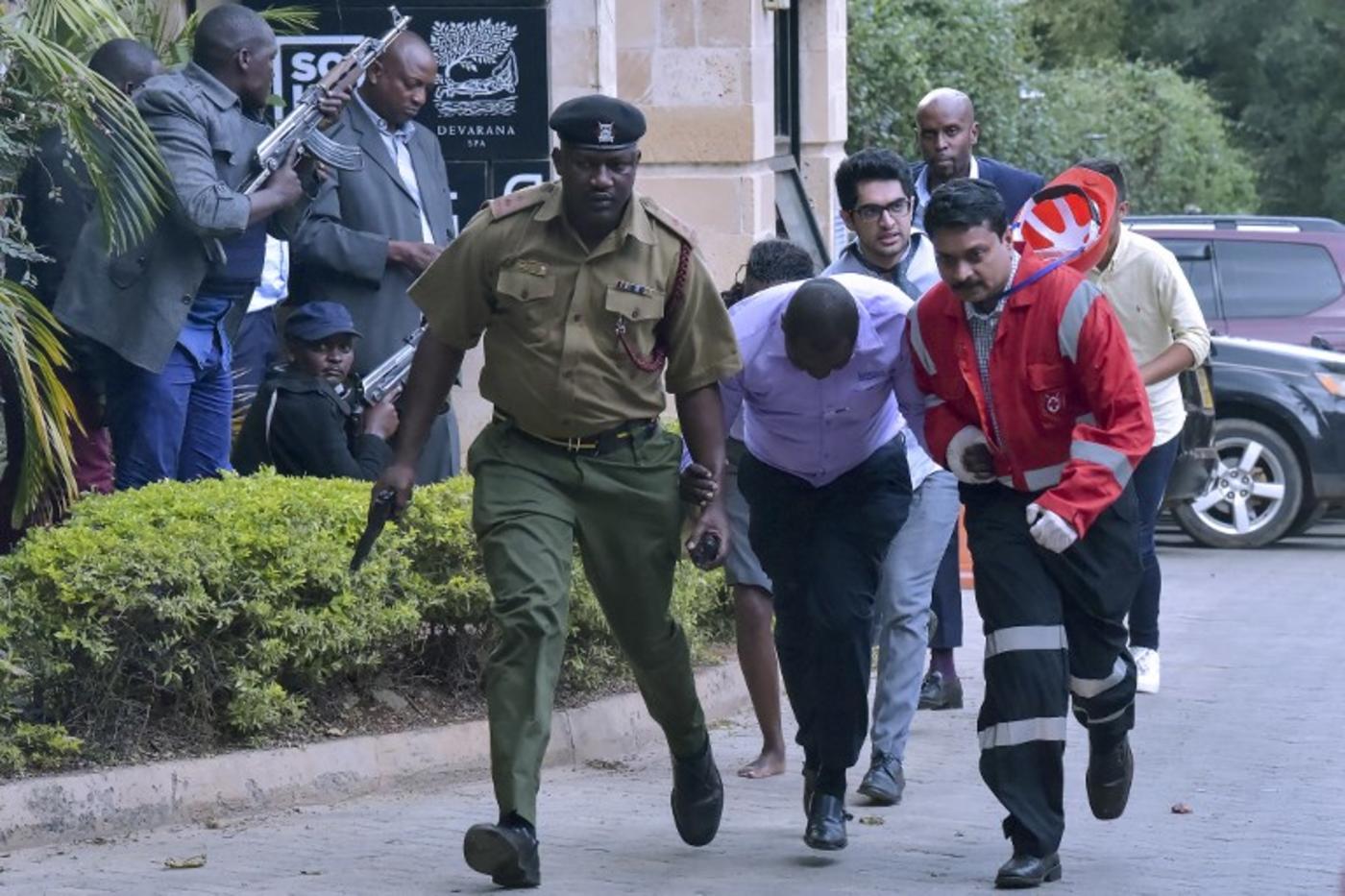 The attack on Dusit hotel complex in Nairobi on 15 January was the first significant terror act by al-Shabab after the killing of 148 students at Garissa University College in Kenya in April 2015.

Between these two tragic events, the Somali militant movement was able to carry out many bloody hit-and-run operations in northeastern Kenya and in the Lamu region, specifically in and around the Boni forest.

There are lessons to be drawn from this attack and one should hope that the Kenyan government won’t be the last to do it.

Various aspects seem relevant: al-Shabab is able to recruit much beyond the Somali ethnic group and has a constituency in the Kenyan highlands; the Kenyan state, with all its weaknesses, has learned the hard way how to deal in a more efficient way with terror attacks; the aim of al-Shabab is evolving and still deeply connected to the conditions of the war in Somalia.

It took many months, then, for al-Shabab’s leadership to convince itself that it should act decisively against that decision

After the Westgate and Garissa attacks, Kenyan officials overstated the role played by Somalis both logistically and in terms of who carried out the killings. Kenyan Somalis were herded into football fields and thousands were subjected to arbitrary arrest and other forms of ill treatment.

What we know right now is that the team that prepared this week’s attack at the Dusit hotel was made up of at least six people: two Somalis, two Kikuyu (the largest ethnic group in Kenya) and two other Kenyans, who are also possibly Kikuyu.

'Al-Quds will never be Judaized'

The attack was quickly claimed by al-Shabab but it took some time to get out its proper statement on the motivations behind it. “Al-Quds will never be Judaized” is presented as the main cause for this action, the group deploying the Arabic name for the city of Jerusalem.

Two remarks should be made at this point. First, Donald Trump announced US recognition of Jerusalem as the capital of Israel in December 2017 and the relocation of the US embassy in Israel from Tel Aviv to Jerusalem took place on 14 May last year.

It took many months, then, for al-Shabab’s leadership to convince itself that it should act decisively against that decision. The timing of the attack and its preparation do not conform with the current rhetoric.

Second, despite the recurrent association made by Western websites between al-Qaeda and al-Shabab, the East African group, which I have been following for many years, has never been very moved by events far from its realm: no specific action was undertaken for their affiliates in Syria or in Yemen, despite the fact that al-Shabab’s relationship with those groups has grown over the last six years.

Given, then, that they have not done or even talked much when their allies in the Arabian peninsula have suffered serious defeats by UAE, US and surrogate Yemeni forces, this proclamation of international solidarity is strikingly out of character.

Al-Shabab has always been seen by other militant Islamist groups as a parochial movement, since Somali is its language and Somalia’s social settings create peculiarities difficult to handle by foreigners. Their Jerusalem announcement is a challenge to that perceived insularity, but al-Shabab, like many other militant Islamist groups, has never really been interested in the Palestinian movement beyond rhetoric.

One should highlight the reservations of Osama bin Laden toward it and the fact that despite hosting several cadres of al-Qaeda in East Africa for years, al-Shabab was only acknowledged as an affiliate in February 2012.

In an August 2010 letter to al-Shabab’s then leader Ahmed Abdi Godane, bin Laden declined the group's request for formal unity with al-Qaeda and it was only after his death that this unity occured.

Radio Andalus, al-Shabab’s radio station, went on air after the Dusit attack. What the al-Shabab journalists discussed had nothing to do with Jerusalem or the American embassy there.

Instead, it was concerned with events unfolding in Somalia, such as the escalation of US drone strikes on training camps or facilities, and the killing of dozens of the group’s fighters.

Donald Trump has given the CIA and Joint Special Operations Command a freer hand in the Horn of Africa and in October, an American drone strike killed about 60 al-Shabab fighters in Somalia's Central Region.

Other reasons for the Dusit hotel attack abound. One is related to Kenya: after the nightmares of Westgate and Garissa, the Kenyan state has been able to secure the largest part of the country well enough to see tourists flowing back to the coast and al-Shabab has become a nuisance, a benign guerrilla group that it contains in the border area.

Several times over recent years, there were rumours that al-Shabab wanted to return to the highlands and carry out an operation to remind all Kenyans, people and rulers, that keeping troops in Somalia would have a high human price. Kenya has had troops in Somalia as part of the African Union Mission in Somalia (AMISOM) fight against al-Shabab since 2011.

The US strikes provide a good reason for the hotel attack, as witnessed over the last 10 years. Whenever al-Shabab is weakened militarily it tends to trigger a terror attack

The celebration of the third anniversary of the 15 January 2016 al-Shabab attack on the Kenyan-run AMISOM base at El Adde comes to mind here, though it should be noted that last year no specific military or terrorist activities took place to “celebrate” the killing of around 200 Kenyan soldiers.

The US strikes provide a good reason for the hotel attack, as witnessed over the last 10 years. Whenever al-Shabab is weakened militarily it tends to trigger a terror attack (see Kampala in July 2010 or Westgate in September 2013) that reminds the world the movement is not yet dead and that it is resilient.

This attack in Kenya comes also at a time when the competition between al-Shabab and the Islamic State (IS) group in Somalia is proving more challenging than initially thought.

Al-Shabab have rejected IS and although the core of IS supporters are far away in northeast Somalia near the city of Qandala, al-Shabab influence is contested in the capital Mogadishu and in southern Somalia, to the extent that in the last few months at least two significant commanders were executed because they intended to join IS.

Last but not least, al-Shabab is facing a real military challenge in Jubbaland, an autonomous region in southern Somalia.

The army of this federal state has been strengthened by conscription in all clans of the region, as well as in northeastern Kenya. The plan is to take over the region and the city of Bualeh in Middle Jubba, thanks to additional military support provided by the Kenyan Armed Forces.

Bualeh region has been under Shabab control for more than 10 years now and hosts important assets for the group, while providing a shelter for many of its leaders. For al-Shabab, it is important to keep it and increasingly difficult if US and Kenyan forces act in a coordinated support of a Jubbaland offensive.

By launching a terror attack in Nairobi, al-Shabab's leadership raises the stakes and forces the Kenyan president to prioritise the security of his own population against the involvement in an important military operation in Somalia. In nearly two months, the rainy season will start and it will be too difficult to launch the offensive.

It is these reasons, rather than a driving rage at the US embassy move to Jerusalem, that led to al-Shabab's fatal attack on the Nairobi hotel.

- Roland Marchal is a senior research fellow at the National Centre for Scientific Research based at Sciences Po, Paris

Photo: People are evacuated during the attack on the Dusit hotel in Nairobi ( Simon Maina / AFP) 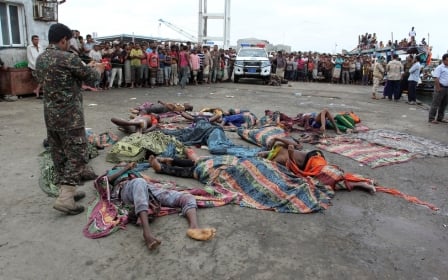 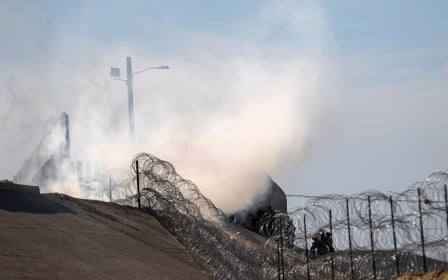