Saudi Arabia should open dialogue with Iran to save itself As images of this week's attacks on the Saudi Ubqaiq-Khurais oil production facilities circulated around the globe, they may have looked like an apocalypse.

While the real damage is yet to be fully assessed and understood, the attack exposed Saudi political - and above all - military vulnerabilities. These vulnerabilities are the culmination of both erratic regional foreign policies and mismanagement.

They are also a symbol of Saudi Arabia's unnecessary high military spending that has often privileged the purchase of fighter jets and other advanced technology when the real threat can actually come from low-key missiles and drones produced at a fraction of what Saudi Arabia spends on its armaments.

The attacks are a culmination of five years of erratic and undiplomatic moves that put the whole Arabian Peninsula including the small Gulf statelets in danger.

The biggest miscalculation that Crown Prince Mohammed bin Salman made was to think that his new US-made jet fighters would launch devastating attacks on Yemen's Houthi rebels, thus pre-empting an Iranian takeover of its poor, southern neighbour.

The stated rationale behind the Saudi air strikes on Yemen was to prevent the rise to power of a Hezbollah-like militia patronised by Iran.

The second rationale was to enforce Yemen's subservience to Riyadh at a moment when its political factions were fighting an internal battle to control the country after the vacuum created by the fall of Yemeni president Ali Abdullah Saleh and the new rule of Abd Rabbuh Mansour Hadi.

The third rationale was to protect the southern borders from Houthi penetration and asymmetric attacks.

A coalition was established to achieve these objectives, but the main actors in the Yemen saga remained Saudi Arabia and the UAE.

However, nearly five years since the onslaught on Yemen began, none of these objectives have been achieved. In fact, Saudi military vulnerabilities proved to be a crippling obstacle to achieving these goals. Yemeni Houthi attacks have expanded and reached as far as the capital and major cities. 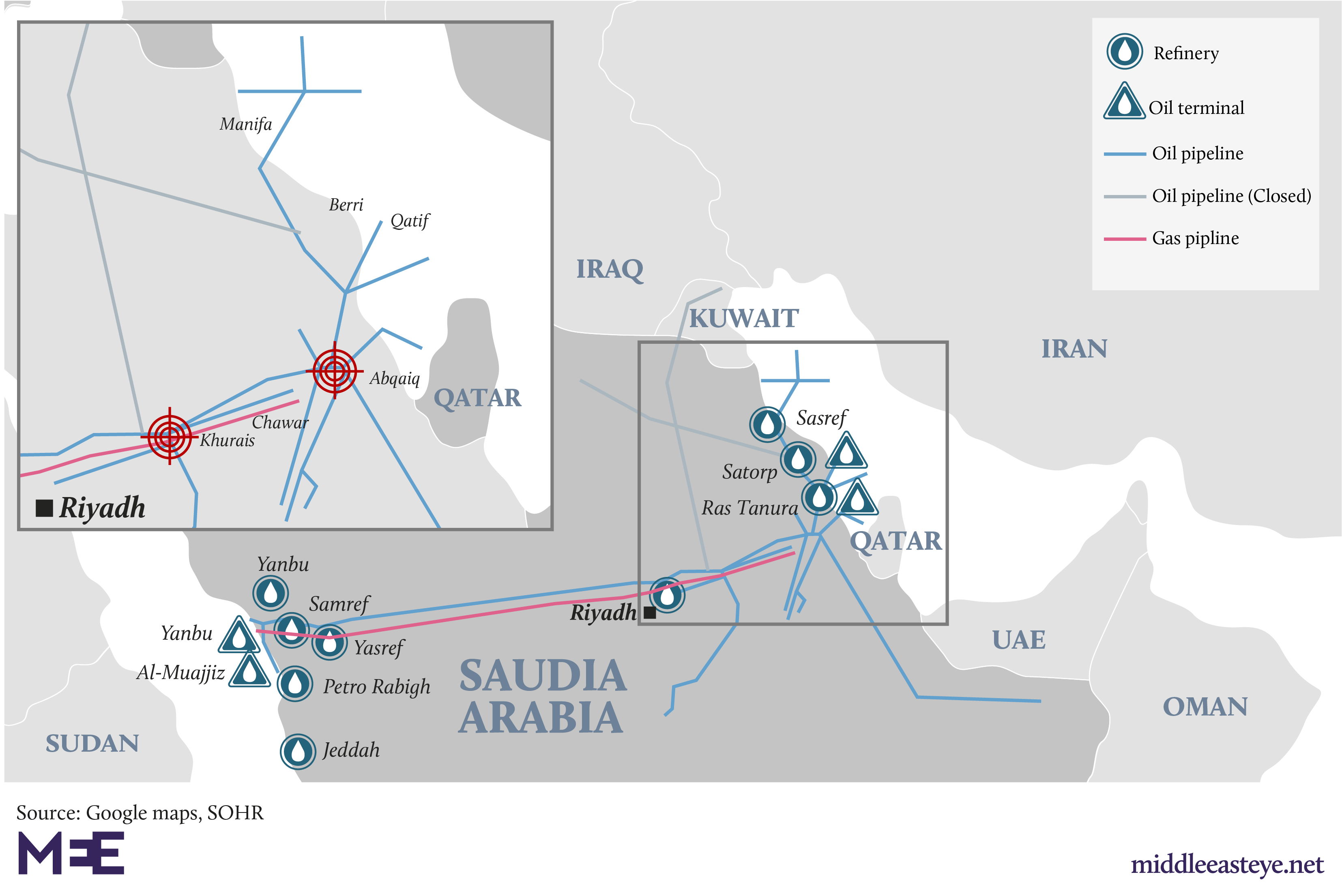 The recent attack on the oil fields was a culmination of a Houthi war of attrition that has truly succeeded in crippling Saudi oil production, with hardly any casualties, while Saudi aggression on Yemen has killed over 50,000 Yemeni civilians.

While the damage that this war has inflicted on Yemen is now well-documented, its impact on Saudi Arabia's military capabilities and reputation is irreparable.

If the Saudi military wanted to test its capabilities in Yemen, with the war becoming a training field for its soldiers and pilots, then the whole world can now see how it is badly trained and unfit to conduct a war - even with all the US and British guidance and equipment.

The sponsors of Saudi military must certainly be disappointed if they believed a disciplined and well-trained Saudi army and air force could deliver the desired outcome.

In comparison, many partners and allies of Saudi Arabia seem to be more satisfied by the UAE's performance in Yemen. But all military might is relative. The recent rift between the two coalition countries over south Yemen indicates that even Saudi Arabia's closest partner in the destruction of Yemen is having second thoughts about the war.

The damage to the UAE's reputation in Washington is probably something that Abu Dhabi wants to mitigate and repair as soon as possible. Yet both Gulf countries have committed serious atrocities in Yemen that no realpolitik can justify. 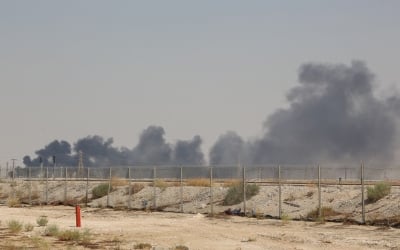 Domestically the oil field attacks have punctured the narrative about invincible Saudi Arabia in the eyes of its citizens, although expressions of dissatisfaction are muted. Whether Iran or the Houthis launched the attacks, the fact remains that Saudi oil installations remain vulnerable to missiles and drones.

Also, Mohammed bin Salman is in no position to adopt the title "Desert Warrior 2" like his cousin Khalid bin Sultan did in the 1990s. Half a million foreign troops were assembled to evict Saddam Hussein from Iraq and prevent an imminent penetration of Saudi borders.

Khalid bin Sultan assumed the title and became a military legend, despite the fake courage and military prowess that were associated with his military leadership of the international force. Everybody knew that without US boots on the ground, most of Saudi Arabia's eastern region would have been swallowed by Saddam’s army.

While Yemen cannot be compared to Iraq in terms of its military capabilities, the Saudis are yet to score a minor victory in the ongoing war.

Saudi leaders will find out that sooner or later the US will allow them to sink into oblivion, like the many dictatorships supported but later dropped by Washington

They are even proposing to launch an investigation to establish the source of the attack, which they definitely want to lead to Iran. But let's not forget how Saudi Arabia blocked every UN initiative to investigate its war crimes in Yemen after civilian casualties reached a horrific figure.

The Saudis also resisted and rejected any international investigation of its crime of the century that resulted in the murder of Jamal Khashoggi in its own consulate in Istanbul in October last year.

So far, Trump has given mixed messages in his Twitter diplomacy toward his Gulf allies. He oscillates between insulting Saudi and Gulf leaders when he constantly reminds them that US mercenary services to their regimes come at a high price, while expressing full sympathy and support for their erratic regional policies.

Trump conducts a transactional foreign policy in which there are no durable partnerships or special relationships. US national interests as narrowly understood by him and his advisers are the primary driving force. For sure, Trump is committed to projecting US power abroad, but the recipient must pay for it.

Countries like Saudi Arabia may believe that there is in fact a special partnership with the US, but they are under the illusion of their amplified importance and relevance to the US.

The Middle East in general and Saudi Arabia in particular are not that relevant to this American administration, as their main focus is beyond the region and its old rivalries and intrigues. Trump neither respects Saudi leaders nor cares about their fate. 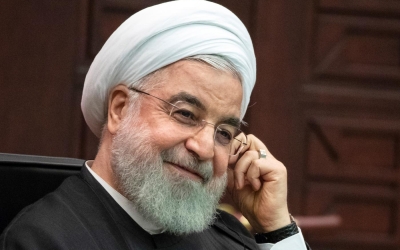 Trump and the Saudis sowed chaos. Iran is giving it back
Read More »

Saudi leaders will find out that sooner or later the US will allow them to sink into oblivion, like the many dictatorships supported but later dropped by Washington.

It is in the interest of Saudi Arabia to achieve by diplomacy what it constantly failed to achieve with its weak military. Saudi Arabia should end the Yemen war as soon as possible, pay for the reconstruction of Yemen, and open dialogue with Iran to save itself. The US will not come to its rescue. 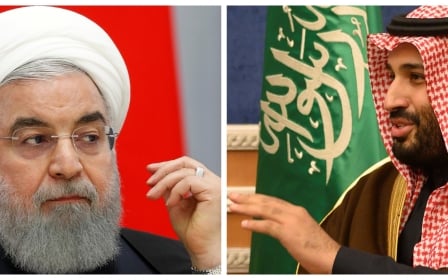