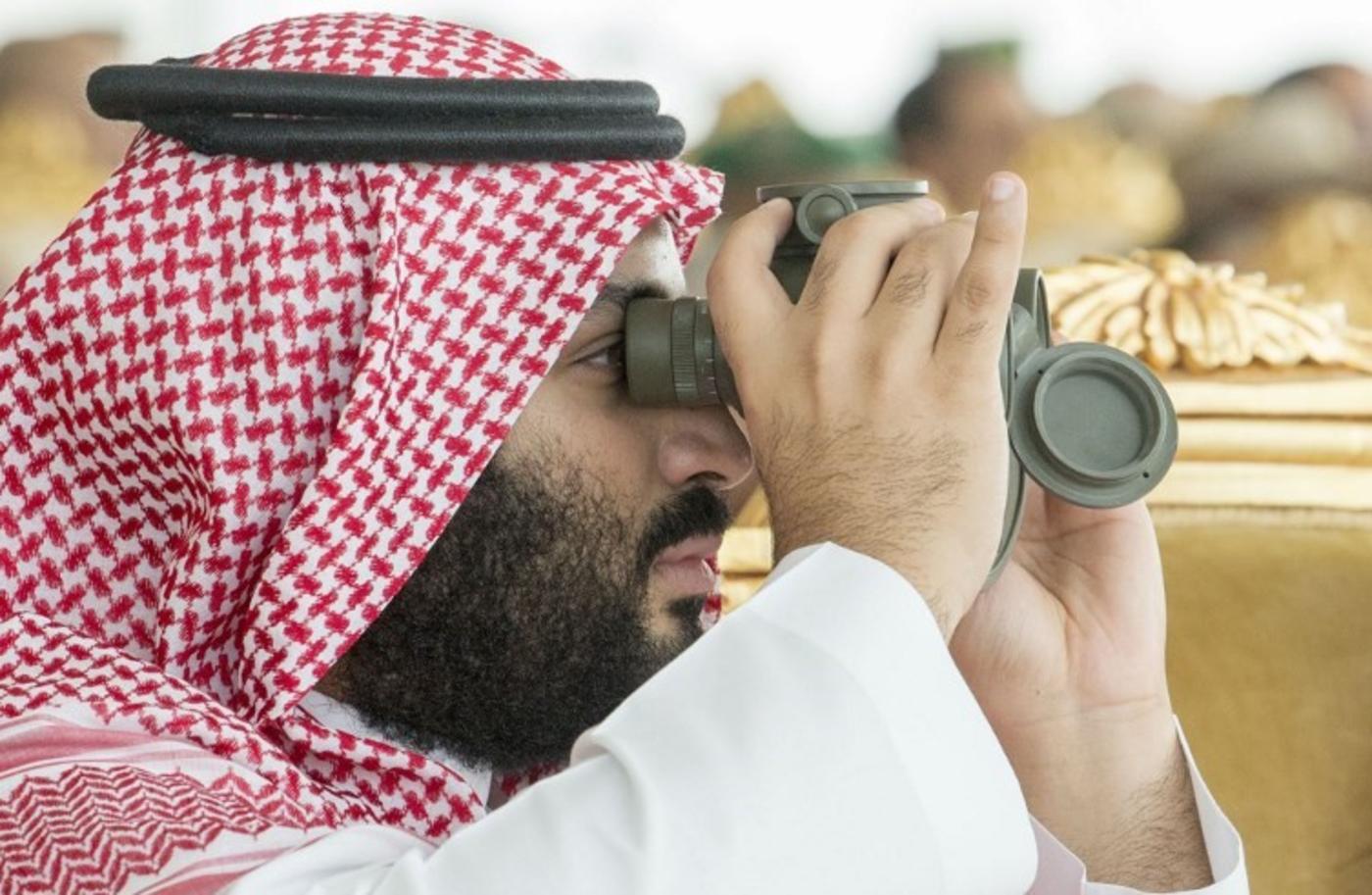 Three waves of detentions reflect Crown Prince Mohammad bin Salman's increasing paranoia. He seems unable to distinguish between friend and foe. Despite having reached the threshold of consensus with regards to his ascension to the throne, MBS is behaving as if his position is anything but assured.

These detention campaigns can be seen as a sign of insecurity, a tactic of repression, or as a popular mobilisation strategy to ensure agreement over his policies and style of leadership, not to mention his own legitimacy as the rightful heir to the throne.

But each one of the detention campaigns target individuals in ways that seem to perpetuate an ongoing saga, namely the Saudi game of thrones. In turn, this highlights MBS's inability to focus on developing the economic vision he talked up on becoming crown prince. The detentions reflect a sinister desire to consolidate power by repression rather than consensus.

First, a cohort of Islamists of varying shades were targeted in September 2017. They were all accused of promoting radical Islam at a time when the crown prince wanted to move Saudi Arabia to a more moderate faith. Among the detained were famous religious scholars, intellectuals and even economists and entrepreneurs.

These detention campaigns can be seen as a sign of insecurity, a tactic of repression, or as a popular mobilisation strategy to ensure agreement over his policies and style of leadership, not to mention his own legitimacy as the rightful heir to the throne

They did not have radicalisation in common. What united them as a group was their reluctance to either applaud the prince's economic vision or denounce Qatar as the source of terrorism. It was also simply that they were critical of the policies of King Salman and his son.

They are prisoners of conscience rather than traitors, as the regime depicted them immediately after their arrests. Sheikhs Salman al-Odah and Awad al-Qarni were among the first to be detained. They were followed by economists such as Essam al-Zamil, alongside many academics, journalists and poets.

A rolling wave of arrests

The ready-made accusation of belonging to the outlawed Muslim Brotherhood organisation was used to justify the arrests. Added to this, "communication with foreign entities" became a cliche to be repeated in the next wave of arrests, used to eliminate all manner of critical voices, from radical jihadis to constitutional monarchy Islamists and economic entrepreneurs.

The second wave of arrests was more spectacular, as the personalities detained and the venue of arrest were both unusual. In November 2017, princes such as Miteb bin Abdullah, head of the Saudi Arabian National Guard, tycoon Waleed bin Talal, and many others among the economic and administrative elite were rounded up and detained at the five-star Ritz-Carlton in Riyadh.

Their arrest was described as an anti-corruption drive to rid Saudi Arabia of those who plundered its wealth in a previous era. With no open trials and evidence against the detained made public, and with ransom money paid by several prisoners weeks later, the official narrative was hard to swallow.

It was more like a deliberate measure to purge the crown prince's rivals among his own cousins and punish those wealthy individuals, depriving them of large chunks of their portfolios at a time when funds were needed to finance many projects.

But the more populist, anti-corruption narrative appealed to many Saudis who had been victims of corruption, especially when the big sharks used their position in government or privileges to plunder wealth.

A blast from the past

Saudis were ready to believe the narrative and praise the crown prince for targeting even his own relatives in the anti-corruption campaign. Then on 12 May came the unexpected news of the detention and deportation from Kuwait to Saudi Arabia of a young member of the Al-Rasheed family, which ruled the Emirate of Ha'il in the north of present-day Saudi Arabia, and was defeated by the al-Saudi in 1921.

My cousin, 29-year-old Nawaf al-Rasheed, is the son of Talal, a famous poet who was assassinated in dubious circumstances in Algeria while on a hunting trip in 2003. Nawaf’s father Talal was not only a famous poet but was a literary figure whose fame spread across the Gulf and beyond. His Nabati poetry (poetry in the Arabian vernacular, sometimes known as "Bedouin poetry") inflamed the imaginations of many who understood its subtleties and references to the distant past.

He is a grandson of Abdulaziz, who ruled in Ha'il at the turn of the 20th century. So young Nawaf had the burden of history to carry and the curse of the name and genealogy, which is said to send shivers down the al-Saud spine. Since the assassination of his father, Nawaf moved to live with his Qatari mother and acquired Qatari nationality.

Nawaf was invited by the Shammar of Kuwait for poetry recitals. Over three days, poetry was recited, sheep were slaughtered and sword dances were performed.

The excessive tribal hospitality in honour of Nawaf has to be understood in the context of the position of such tribes like the Shammar in the land of the Al-Sabah. Perhaps they were sending subtle messages to their leader, proving that they are still important and that they can amass support and show tribal solidarity.

Given that many Shammar in Kuwait are Bidouns, stateless or being denied Kuwaiti citizenship despite their presence there for generations, the tribe staged a theatrical performance to send specific messages. Nonetheless, several Shammar individuals are full Kuwaiti citizens who participate in elections and win parliamentary seats.

A purge of history

Unfortunately, Nawaf was used by many groups for their own purposes. The Saudis asked for him to be handed over and Kuwait obliged. Citing the GCC Joint Security Agreement signed by all member states, the ministry of interior announced that it sent Nawaf to Saudi Arabia, where he was then detained.

He had entered Kuwait on a Qatari passport but this did not help him. The vague Kuwaiti statement reflected the outreach of Saudi Arabia and its influence there. Qatar, on the other hand, wanted to keep a window of opportunity in Kuwait, which refused to take sides in the Qatari-Saudi conflict and tried to mediate, albeit unsuccessfully.

No official Qatari statement was made and only a Qatari human rights organisation was critical of Kuwait's actions.

The arrest of an innocent and unpoliticised young member of the Al-Rasheed family, whose name is associated with a bygone historical era, is a purging of history. The crown prince was perhaps afraid that Qatar would succeed in reinventing an alternative leadership and a new era of tribal claims and counter-claims.

Moreover, when the Qatari-Saudi conflict began in the summer of 2017, Murra and Qahtan tribal festivals - both have brethren on the Qatari side of the border - were held regularly to denounce Qatar's emir. Saudi Arabia mobilised the tribal element in its conflict with Qatar, so it feared the Qataris would do the same because Nawaf was living there.

To cut this meddling in tribal affairs, Saudi Arabia simply kidnapped Nawaf. His whereabouts have been unknown since 12 May.

Finally, this week brought news of the arrest of seven veteran women's rights activists and lawyers. In an unusual move, the pictures of the women activists were published in the Saudi print media, with titles praising the leadership for getting rid of traitors and those who crossed the red line, the sacred line of the homeland.

Activists like Aisha al-Manea, Aziza Yousif and Lujain al-Huthlul had campaigned for women's rights, lifting the ban on driving and abolishing the guardianship system. The eldest among the detained was 70 years old and the youngest is in her late 20s.

They represented a nascent independent Saudi feminist movement, bridging the generational gap and working with grassroots support. These women were not the Sultan's harem - state feminists waiting to be appointed to high levels in the state bureaucracy as tokens of the crown prince's supposed agenda to empower women. They are also women whose struggle will not stop at driving Toyota jeeps.

Does Mohammad bin Salman sense an unease among his loyalist Wahhabis after he allowed women to drive and go to concerts and cinemas? Does he want to appease the religious establishment and reassure them that he is on their side, as a moderate Muslim who gives women one right with one hand but takes their freedom with the other? The vague but loaded language the Saudi press utilised to justify the arrests - including references to "treason" - reflects a desire to mobilise Saudis against an imaginary foreign enemy. Could this enemy be Iran, Qatar, or both?

As long as the Saudi conscience is manipulated to think that the kingdom is targeted by foreign devils and envied by enemies determined to undermine its security, piety, and national interest, it really doesn't matter.

Despite the different groups targeted over the last months, there are common threads that unite these arrests. MBS is determined to spread fear, eliminate dissent and intimidate tribal groups. He wishes to purge from the present any reminders of the distant past. He wants to mitigate against this past resurfacing and he is trying to bury a grassroots feminist movement before it becomes too political, demanding rights not only for women but also Saudi men. After all, who said feminism isn't political? 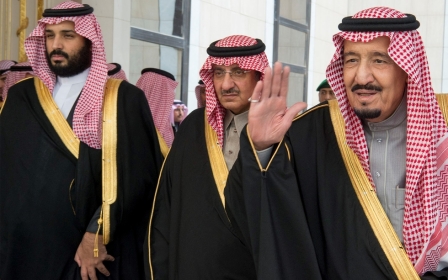 Saudi Human Rights
'Only death': How Mohammed bin Salman has torn up the rules of kingship
Madawi al-Rasheed 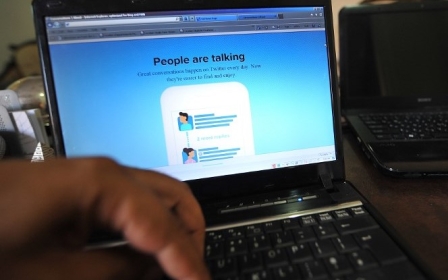 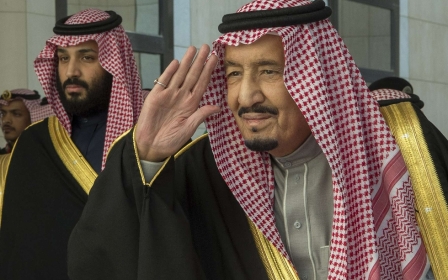