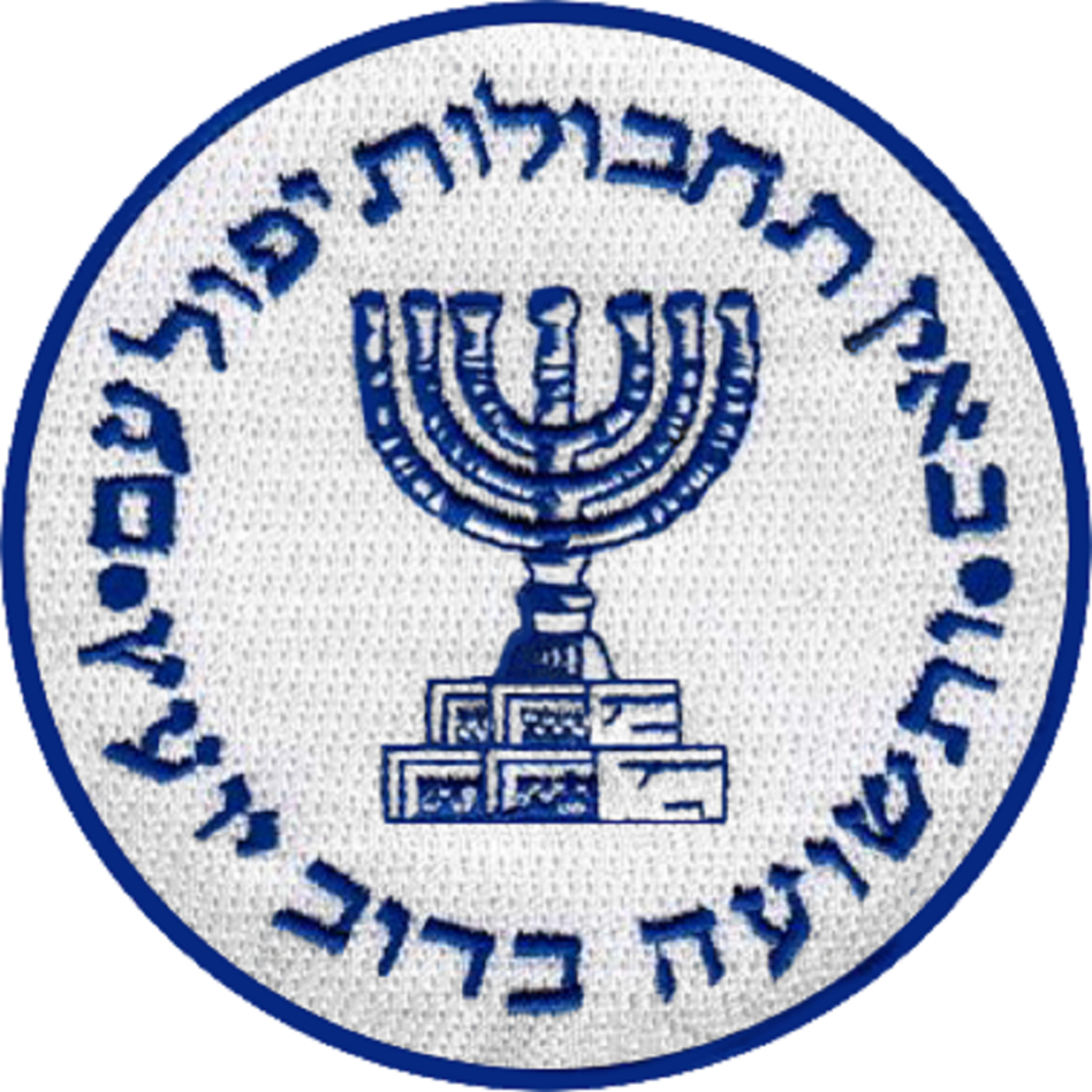 Al Jazeera in late February published a trove of “spy cables” it appears to have procured from a South African (SA) intelligence source. A significant portion of the documents refers to the Israeli Mossad’s relationship with South African intelligence (SSA) and its role in other African nations as well. The cables, which relay current information about events in which SSA was directly involved, are without doubt highly credible.

The Mossad builds a network of overseas assets, which both amass intelligence and assist local espionage operations. These assets aren’t the same as those used by other intelligence agencies. They’re not paid for their services. They’re called sayanim (volunteer aides) in Hebrew. Often they’re local Jewish communal leaders or businessmen who perform such roles out of a sense of devotion to Israel. In SA, even members of the Board of Deputies, the highest governing body of the national community, play this role.

“By means of detail [cell phone] billing it was determined that [agent’s name redacted] had regular contact with members of the South Africa Board of Deputies,” the cables in the Al Jazeera report revealed.

In addition: “It was also established that [agent] had constant contact with the South African Jewish Board of Deputies … This body has a direct influence over the Jewish community in South Africa, with strong emotional bonds with the State of Israel.”

Sayanim perform duties from the most mundane to the most strategic. They arrange medical care, find housing, arrange logistics and finance operations. They are in regular contact with their Mossad intermediary. They are also asked to keep their ear to the ground and listen for any information that might assist the agent:

“Sayanim also collect technical data and all kinds of overt intelligence: a rumour at a cocktail party, an item on the radio, paragraph in newspaper, and provide leads for katsas [collection agents],” the report said.

“The idea is to have a pool of people available when needed who can provide services but will keep quiet about them out of loyalty to the cause.”

Though sayanim are upstanding regular members of their community, they carry on a double-life intimately involved in Israeli spycraft. There are thousands, perhaps tens of thousands of them around the world. The spy cable estimates in 1998 there were 4,000 in the UK alone.

This co-optation of the local Jewish community sets an alarming precedent. In many Diaspora societies, Jews are accused (often because of statements by Israeli leaders themselves implicating them in Israeli policy) of dual loyalty, of having stronger allegiance to Israel than their native country. In most cases, Jews dismiss such claims as anti-Semitic propaganda. But with the exposure of the Mossad’s sayan culture, and turning local Jews into Israeli intelligence assets, these charges rear their ugly heads once more. And this time with justification.

The SSA reveals it is fully aware of the role El Al plays as a major Israeli intelligence asset. According to a SA TV documentary and the cables themselves:

“[Israeli] spies conducted clandestine searches [at airports] on the belongings of people they deemed suspect, in violation of SA law, which only authorises police, armed forces or personnel hired by the transport ministry to carry out such searches.”

After an El Al security agent in 2007 became a whistleblower and informed SA TV that El Al was essentially a front for Israeli intelligence, a major scandal erupted. It caused a rift between the two nations. SA threatened to cancel El Al’s landing rights in the country. As a result, one Israeli airline security official was deported.

“It was a known modus operandi of the lsraeli intelligence services to utilize El Al as cover for intelligence members…45 people are employed by El Al as their security personnel at the JHB [Johannesburg] International Airport and 8 are employed at the Cargo and Passenger side…El Al has the privilege of not being searched at the restricted areas. El Al officials are also allowed to travel freely with their weapons ... When a flight from Tel Aviv arrives … El Al personnel, carrying hidden handset two-way radios, disguise themselves as passengers. At check points they simply flash their EL AL cards and are allowed to go through any restricted area in the airport [as] has been agreed to by [South African security].”

It continues: “An Israeli intelligence officer can enter South Africa and under…disguise as an El Al member go through all the checkpoints at the airport without presenting any documentation.”

The cable notes that the recently appointed chief of El Al security at Oliver Tambo Airport was suspected of being an intelligence agent.

El Al security officers routinely harass South African travellers at airports. An official of the national municipal workers union, traveling to Israel to attend an anti-Occupation conference in the West Bank, was strip-searched, interrogated and detained before his flight departed. He was escorted by Israeli security to his plane one minute before take-off.

In 2010, the Mossad, through an Israeli businessman and possible Mossad asset, Yitzhak Thalia, bought the blueprints for the new Mokopa air-to-ground anti-tank missile manufactured by the SA arms maker Denel. A senior Denel employee and the managing director of a subcontractor were offering it to intelligence agents of various countries willing to buy it.

After SA discovered the theft and sale, it demanded from the Mossad an explanation of the procurement of the secret documents and their return. The agency responded by refusing to investigate the crime or reveal anything about it. But it did “magnanimously” offer to return them as a gesture of good faith in light of the excellent relations between the two countries. SA intelligence kept Israel’s involvement in the crime a secret, until the Al Jazeera leak that exposed it.

Even when the two contractors were tried for selling the plans, the role played by the suspected Mossad agent who bought them was suppressed. In fact, the State prosecutor lied saying the plans had never been compromised.

The Boycott Divestment Sanctions (BDS) movement in South Africa particularly rankles Israel and its intelligence service. Historically, Israel understands the international role a similar movement played in the toppling of the Apartheid government. This troubling precedent makes Israel especially vigilant to counter what it perceives as the growing momentum inside SA against Occupation and Israeli Apartheid.

In July 2012, SA’s finance minister received a mysterious, hand-delivered letter. It alleged to be from an anonymous group of ex-Mossad agents, who claimed credit for creating the Stuxnet and FLAME viruses. They threatened cyber-attacks against major SA financial and banking targets unless the country’s justice and police system cracked down on the BDS movement and arrested its leaders within 30 days. The cable notes the capability to implement such an attack might lie with Israelis in the SA telecom and IT sectors who might participate in such a project.

Israel fears that if left unchecked, pro-Palestine activism will develop unstoppable momentum, leading SA to sever diplomatic relations with Israel. This could be the beginning of the precisely the sort of domino effect that eventually brought down the Apartheid-era government.

The Jewish community, according to the cables, has been co-opted into Israel’s security agenda. SA Jews founded a security consultancy, the Community Security Organisation (CSO), which functions somewhat like paramilitary organisation. It provides security for communal leaders, events and institutions. Should the Jewish community come under attack from radical Islamist or pro-Palestinian elements, the SSA report raises the fear that the CSO may take the law into its own hands and strike back against targets viewed as the cause of violence against Jews. It also raises the suspicion that CSO has close contacts with Mossad and plays a role in protecting Israeli interests in SA as well.

As I noted earlier, the merger of the interests of Israel with those of the local Jewish community poses a serious and unappreciated problem. When Israel bombs Gaza or Lebanon, or murders Iranian nuclear scientists or generals, or steals Palestinian land, the Arab world may not understand the nuance that distinguishes Israeli actions from Diaspora Jewry. If these Jews (and Israel’s leaders as well) do not create a separation between themselves and Israel - if, in fact they deliberately conflate the two - then how can they expect non-Jews to make that distinction?

A major focus of Mossad activities in South Africa is to identify potential Islamist threats and potential terror attacks. In fact, the Mossad embarrassed the SSA by publicly claiming that Hezbollah operatives had planned much of the Burgas attack in SA.

In 2007, the Israeli intelligence agency identified an Iranian in Capetown as a terror threat, due to his close contact with a suspected Hezbollah operative in Lebanon. At a meeting between a senior Mossad official and the SSA, the Israeli asked for a quid pro quo: in return for alerting the South Africans, Mossad expected they would monitor the suspect and inform the Israelis on a regular basis about his activities. The SSA officer told his counterpart that this was against protocol and could not be done. In reply, the Mossad official stormed out of the meeting.

Further, Mossad suspects senior SA political figures of having sympathy for Iran and a willingness to aid its nuclear programme. It also believes Iran has purchased materials needed in such research in SA.

The agency also monitors local charities like the Al Aqsa Foundation and African Muslim Agency, which it sees as conduits for supporting Palestinian terrorism. Agents are known to recruit assets in the local Muslim community and have been observed communicating with them covertly in rest rooms and other locations.

In order to ensure the loyalty of Palestinian and other Arab assets it recruits in South Africa, the Mossad has engaged prostitutes to “entertain” them. The trysts are photographed and recorded in case the intelligence asset has a change of heart about collaborating.

A 2009 cable notes that relations between the two national intelligence services had deteriorated to such an extent that the Mossad withdrew its field officer from the country. The current officer responsible for SA is based in Israel.

Photo: Through the Mossad’s sayan culture, local Jews from countries around the world have been turned into Israeli intelligence assets 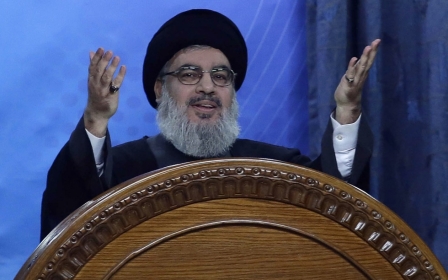 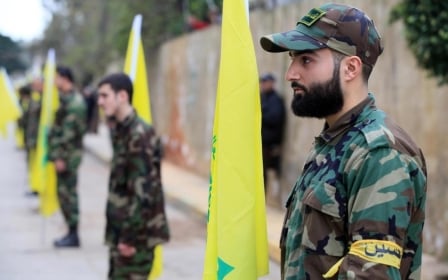 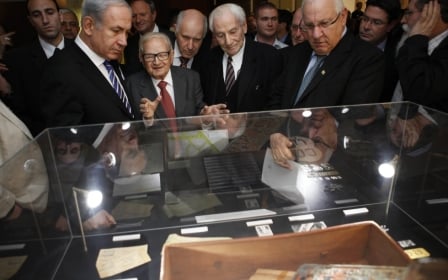 Inside Israel
Guess who credits the Mossad with producing the 'laptop documents?'
Gareth Porter