Swimsuits and headscarves: Europe marches backwards to the 19th century

Hossam Shaker
Rather like the anti-Jewish hysteria of a century ago, Europe is being whipped up by opportunistic politicians against minorities 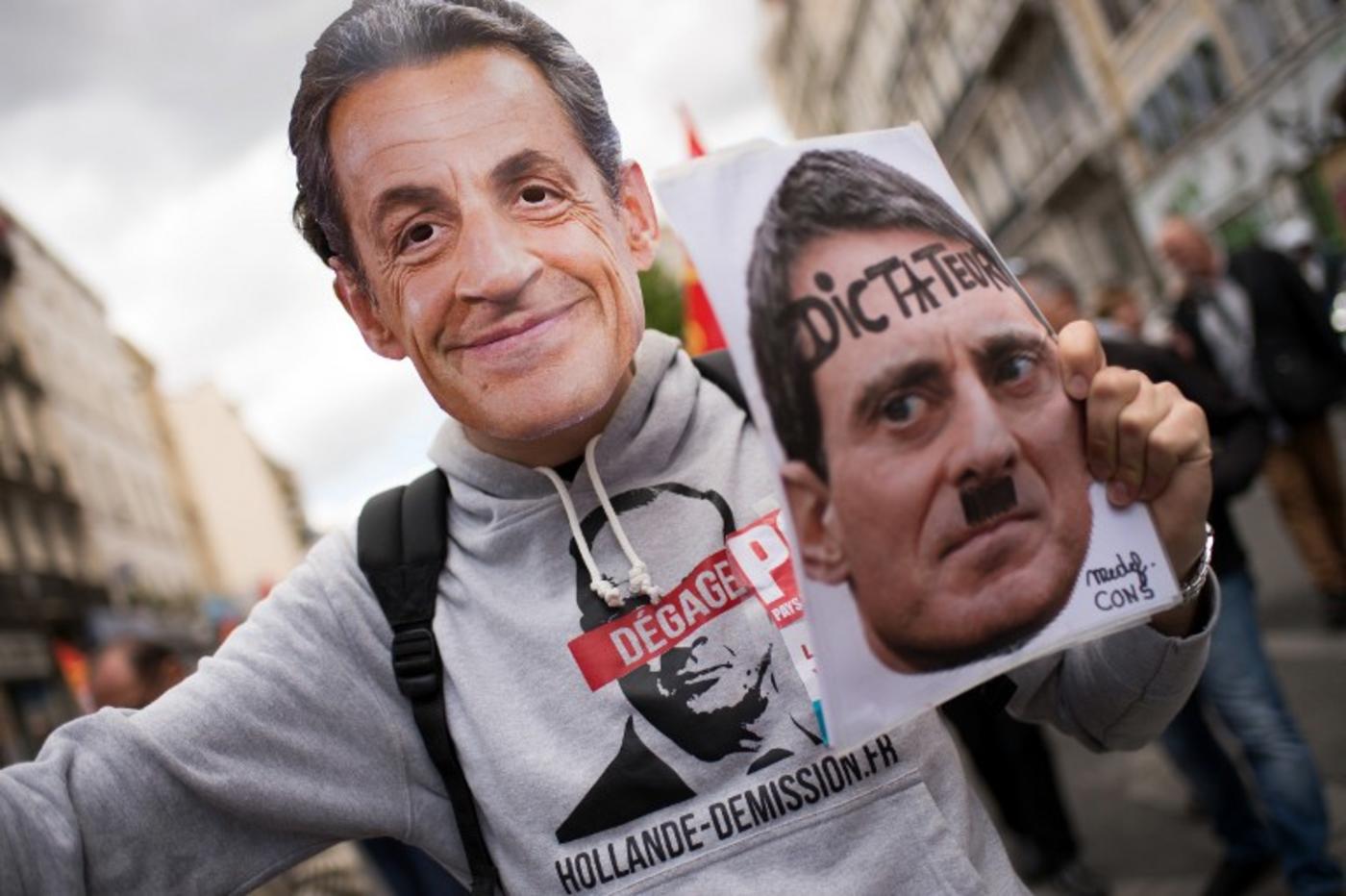 Anyone following the political and media controversies in some European countries today is compelled to become an expert in fabric types, swimwear measurements and head coverings.

In the latest twist in France's "burkini" saga, Prime Minister Manuel Valls has declared that the naked breasts of France's revolutionary symbol Marianne are more French than headscarves. He was referring to the famous Delacrois painting Liberty Leading the People. But like many of Europe's mainstream politicians, Valls is in fact helping to lead Europe back to the 19th century.

In case anyone had missed it, France's politicians are gearing up for a presidential election and its opportunist politicians are campaigning relentlessly against minorities and women, feeding the media frenzy with statements of incitement on sometimes quite nonsensical issues.

It seems almost comical that the debate trending in Europe these days is about beach clothing, or the so-called “burkini”, a somewhat facile misnomer for a design preferred by some women for religious reasons, which in essence bears no relationship to the burkah or the bikini. Yet this issue is a cause for real concern, because it is not really about how long or short this garment is, or even its specification, but a growing trend of sweeping restrictions and bans in Europe, which should trigger alarm bells.

A “ban culture” is insidiously finding its way back into Europe. In fact, this has been happening over several years through legislation, rules and growing demands to impose specific restrictions that almost revive the climate of the 19th century.

Who would have believed that 21st century Europe would impose legislation and measures that forbid the construction of places of worship, but only mosques; banning minarets, but not any other structure belonging to other places of worship; and denying women and girls the right to wear a certain article of fabric in public. Indeed, women are banned from approaching public baths or beaches without first stripping off their clothing. The message holds further significance: Muslim females must vanish from the scene… They can practise swimming if they wish, but only in the bathtub at home.

Indeed, such issues are the favourite themes for opportunistic politicians eager to score maximum points at the ballot box, using the typical, despicable tactic of dividing society and feeding hate.

This trend is remarkably similar in its features to the political controversies of the late 19th and early 20th century – except at that time the hysteria was targeted at Jews.

The same qualities defined a type of politician that Europe came to know a century or more ago; for example, a widely influential politician, Karl Lueger, who rose to high position at the City Hall in Vienna, then the capital of a great empire. He refined political point-scoring to an art, and saw that his path to opportunity was to whip up the people, just like in our time.

Rather like some of Europe’s 21st century politicians, who rouse the crowds with slogans which they themselves do not believe, Leuger even once admitted: “We know that anti-Semitism is a means of incitement to climb [the ladder] in politics, but as soon as one is at the top then it is no longer needed.”

Within the hysteria of today, we have the issue of “Daesh”, with all the deep fears and concerns which it provokes, being exploited to extend a blanket accusation to alleged sympathisers in society, namely the Muslims in Europe. Some 120 years ago, the famous Dreyfus Affair, involving a Jewish French officer who was accused of spying in 1894, was the trigger for a sweeping racist campaign against Jews. We could imagine the same in Europe today, with minor change, where the officer in question is a Muslim, who switches sides to Daesh, for example.

The ban culture at that time reached a peak: the building of synagogues in some cities was restricted. Indeed, some Christian denominations were also banned, like the Protestants in Munich, forbidden to build churches within the city walls, right up to the beginning of the 20th century. This previous phase of hysteria and prejudice allows us to understand the similar logic and thought processes that govern the debate happening today in European cities, municipalities and provinces.

It is a mistake for us to perceive the issue today as limited to a piece of fabric worn by a woman or a girl on her head, or only to do with swimwear on the beach, or even a minaret that is banned in beautiful Switzerland or elsewhere. This and other examples are details in a growing phenomenon which can be called the ban culture. If European societies were to surrender to it, it would be a catastrophic mistake.

This culture does not stop only at legislation or measures taken, all of which typically come with “rational” justification. In reality, the matter is much wider in scope, because the list of demands for things to be banned include all aspects of life: a ban on “halal” meats; a ban on schools and nurseries run by Muslims; a ban on practising the role of imam unless meeting special criteria; a ban on foreign funding for mosques and Islamic centres; even calls for a complete ban on Islam itself that are voiced in several European countries.

This is a monumental setback in culture and values, where the “majority” is invited to vote on the rights of the “minority”

Some media outlets have no qualm in posing to their audiences quite facile questions on the extent of their support for further bans through electronic polls, to which they must respond with yes or no. Is it morally acceptable for religious and personal rights to be open to discussion and referenda? This is a monumental setback in culture and values, where the “majority” is invited to vote on the rights of the “minority”. Where lies the logic for a specific minority to be singled out, and its affairs and unique distinctions subjected to referenda?

The features of the miserable past are present in many other spheres as well. In 21st-century Europe, cartoon drawings have returned to both stereotype and popularise negative prejudice against specific minorities. We now have a raging flood of drawings that vilify Muslims and their sanctities, some of which harness the power of art and symbolic suggestion to effectively achieve gross misrepresentation, base ridicule and incitement. This was also prevalent in the late 19th and early 20th centuries, with the difference that it targeted Jews at the time.

Unlike today, this practice could not make use of the opportunities offered by the internet and social media. In the absence of a Mark Zuckerberg, an unstable young man called Adolf Hitler made do with the media available at the time; his Nazi movement’s press used cartoons to rouse a despicable racism that paved the way to horrific atrocities.

Anyone who wishes to combat this moral decline in Europe must concern themselves with more than swimwear and a multitude of legal and procedural details, but with repelling this miserable banning fever.

This is a matter of values and principles of freedom of conscience that should mobilise everyone, not only Muslims. Undoubtedly the ban culture in Europe is intensifying, and we must be vigilant in the knowledge that a century ago this trend marked the early signs of something much worse to come.

Photo: A man wearing a mask depicting former French president Nicolas Sarkozy holds a picture of Manuel Valls during a demonstration against the French government's planned labour law reforms on May 19, 2016 in Marseille. (AFP) Women
From 'ridiculous' to 'necessary,' Parisians sound off on banning 'burkinis'