The dangers of forgetting Syria’s refugees 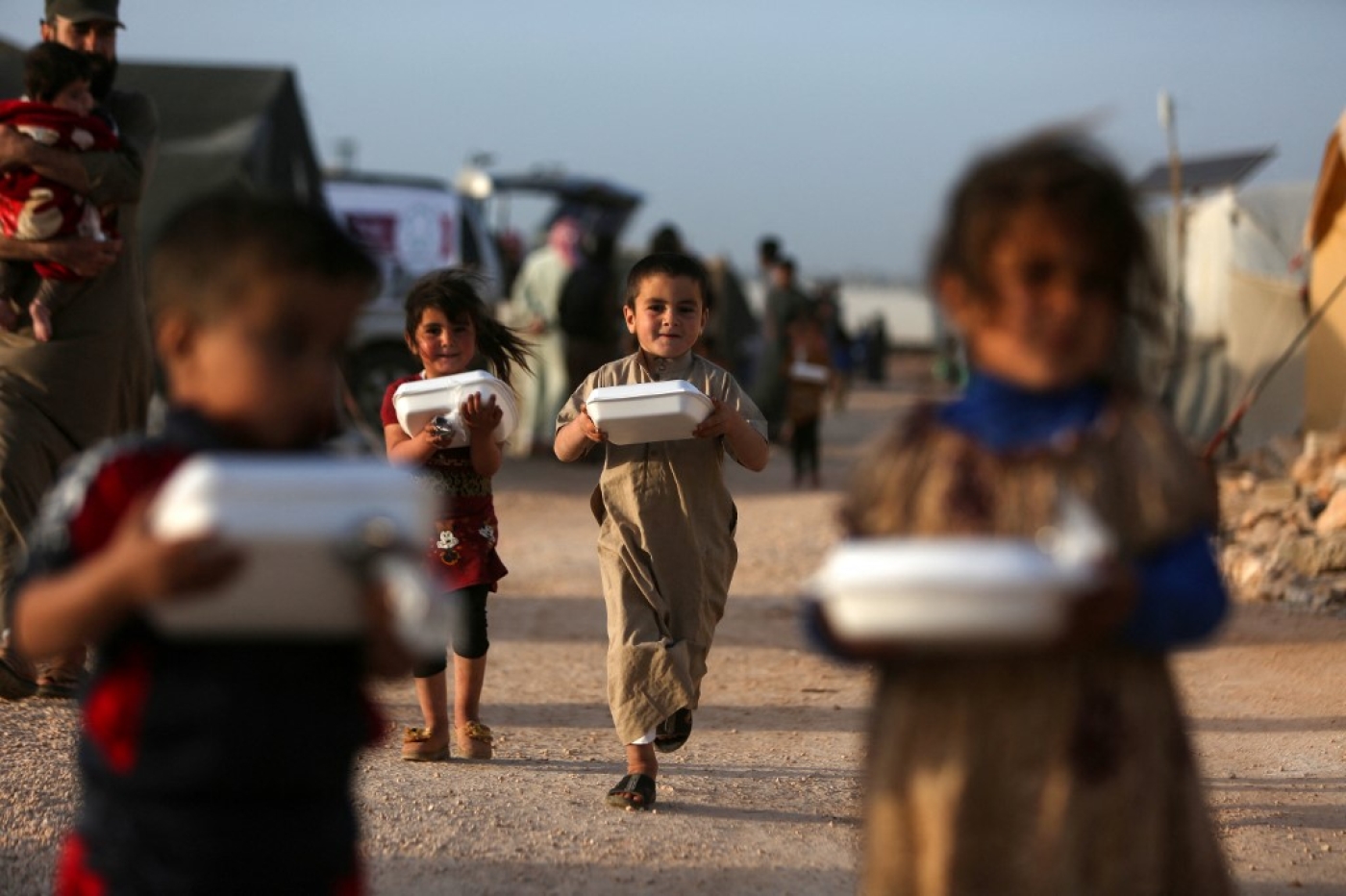 Displaced Syrian children with boxes of food distributed by a local charity, before the Iftar meal during Ramadan, at a camp for displaced people in Idlib province, 3 April 2022 (AFP)

Syria’s refugees are in danger of becoming forgotten. Western governments have, for the most part, opened their arms to the 5.3 million refugees fleeing Ukraine, providing homes and support during the conflict.

Yet, even more fled the Syria war a decade earlier, but most foreign governments were less welcoming. Instead, many Syrian refugees face a bleak existence: marginalised in their host societies but still terrified of returning to Syria. As western governments cut financial support, their prospects could soon get even bleaker.

Many Syrian refugees face a bleak existence: marginalised in their host societies but still terrified of returning to Syria

The numbers of Syrian refugees are stark. Of a pre-war population of around 23 million, over half had to flee their homes. Over six-and-a-half million fled Syria altogether, with the majority, 5.6 million, staying in countries near Syria.

The greatest number, 3.6 million, is in Turkey, while 1.5 million are in Lebanon (increasing the population by nearly 40 percent) and 660,000 are in Jordan.

Contrary to popular myth, only one in 20 lives in a refugee camp, but many are struggling financially. The UNHCR estimates that over a million have little or no financial resources, while in Lebanon nine out of 10 live in extreme poverty.

There is little prospect of these refugees returning home soon. Most fled the violent regime of Bashar al-Assad, which has now regained control over most of Syria, and fear reprisals if they return. Even were the situation more accommodating, research shows that it takes years for refugees to return, and many never do.

But the situation in their host societies is worsening. In Lebanon, refugees are not granted formal access to the economy, while in Jordan jobs are similarly restricted. Turkey has been the most accommodating host state, with refugees able to access jobs and education, but this has prompted a social backlash, and hostility towards the refugees has increased.

Yet western governments have been cutting their support. The UK has been one of the worst offenders. As part of Chancellor Rishi Sunak’s pledge to reduce international aid from 0.7 percent to 0.5 percent of GDP, the Foreign, Commonwealth and Development Office’s Syria budget has been cut by 67 percent. 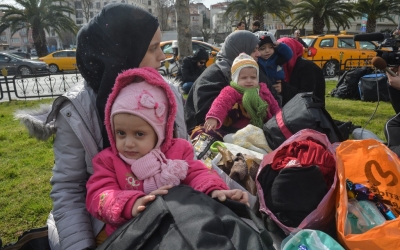 The Turkey-EU migration agreement was effective. No longer
Read More »

While last year the EU was able to mobilise international donors to plug any shortfalls in funding, there are fears that the focus on Ukraine and a general weariness towards Syria and its refugees will prompt a permanent decline in support.

There are moral arguments against such neglect, especially given that many of the governments withdrawing their funds, such as the UK, were active players in Syria’s civil war.

But if this doesn’t convince policymakers to change course, perhaps a security argument will. Research shows that refugees that are not integrated into their host societies, as is the case for Syrians in Lebanon, Jordan and, to an extent, Turkey, are more likely to militarise and destabilise their host country.

Similarly excluded Palestinians in Lebanon, who were even more restricted, also joined militia groups to fight in the Lebanese civil war from 1975-90. Elsewhere, the Taliban recruited heavily from discontented Afghan refugees living in Pakistan to enable their military victory in 1996.

This is not to suggest that any Syrian refugee is currently contemplating taking up arms against their host government, or that these governments should view them as a potential security threat. However, history has shown that leaving refugees unsupported for a prolonged period of time is more likely to prompt some to militarise.

In the Syrian case, there is the added threat of radical jihadism, which might find eager recruits among a generation growing up in poverty-stricken exile.

To prevent this, ideally, governments would make more effort to resolve the Syria crisis and find a way for refugees to safely return home. However, the last decade has shown that none is willing to commit the economic or military resources needed.

Instead, it should perhaps be recognised that many of Syria’s refugees are not going home anytime soon and the governments hosting them need more support.

At the minimum, this should entail reversing recent aid cuts and ensuring that Ukraine does not distract from the ongoing Syria refugee crisis. But it would also be wise for foreign governments to make serious efforts to help the host governments properly integrate their refugee population. This is especially true in Lebanon and Jordan, with both economies struggling and barely able to support their own populations.

Though western governments have the resources to take this on, they’re sadly unlikely to do so given their recent aid priorities and their focus on Ukraine.

Instead, wealthy regional governments, notably Saudi Arabia, Qatar and the UAE, would do well to reconsider and enhance their engagement with the refugees.

It may lack the glamour of their other foreign policy projects, but could head off a future security threat while ensuring greater regional stability. 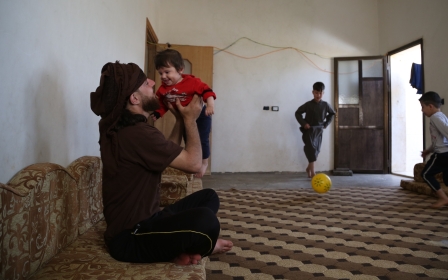 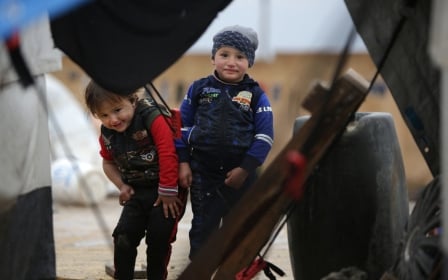