Syria’s war is far from over

Christopher Phillips
The local, regional and international dynamics at play suggest conflict will continue beyond 2018 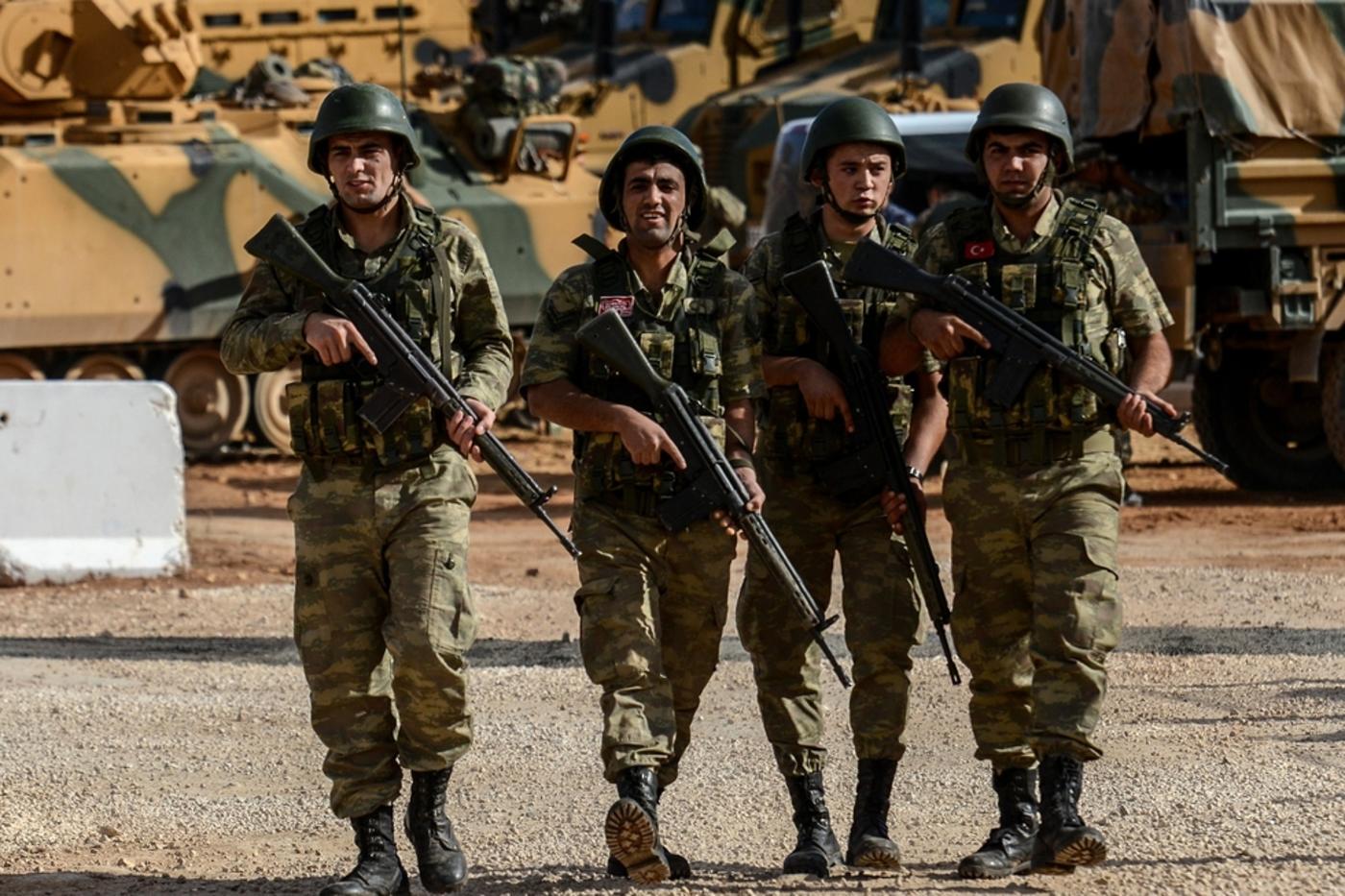 The year 2017 was a good one for Syrian President Bashar al-Assad. The Islamic State's (IS) "caliphate" was largely destroyed, squeezed by Syrian, Russian and Iranian forces on one side and by the American-backed Kurdish-dominated Syrian Democratic Forces (SDF) on the other.

Assad's mainstream rebel opponents were largely abandoned by their external backers and pummelled by his allies, leaving them in isolated pockets, divided and politically marginalised.

His position will likely be further boosted by the upcoming Russian-led "peace congress" in Sochi in late January, in which Moscow hopes to broker a deal that will bring in some Kurdish and opposition elements while ultimately leaving Assad in control.

However, even if Russia can reach some kind of viable agreement, many opposition groups are likely to remain excluded. Moreover, Moscow, Tehran and Damascus have been far from conciliatory over the past six years of war and few would be surprised if any agreement was ultimately undermined or ignored.

Whatever happens in Sochi this month, the Syrian dictator looks likely to remain as president

Indeed, it seems likely that whatever happens in Sochi, Syria's war is far from over. The local, regional and international dynamics at play suggest conflict will continue beyond 2018, even if Assad's position is secure.

Firstly, Assad and his allies appear committed to militarily defeating the remnants of the rebels. The rebels, including a sizeable Hayat Tahrir al-Sham (HTS) presence, currently hold four main territories: Idlib province, Rastan near Homs, some suburbs around Damascus (notably Eastern Ghouta) and an area along the Jordanian and Israeli border in the south.

While these were declared "de-escalation zones" last year in Moscow-led agreements, in reality Assad, Iran and Russia have frequently broken these ceasefires. The truces allowed forces loyal to Assad a respite to direct their forces eastward as IS collapsed, reclaiming former "caliphate" territory and denying it to the US-aligned SDF.

As long as the US patrols its skies, alongside 3,000 American special forces and 10 bases on the ground, the SDF will feel relatively secure from Assad, whose stated goal is to eventually recapture 'every inch' of Syria

Now that IS is largely gone, Assad and his allies are directing their elite troops back on the rebels.

Already January has begun with the Syrian government's offensive in Idlib, with the apparent goal to cleave from the rebels the less populated eastern part of the province around Abu ad Duhur. This may be the preamble to a government push on Idlib city, though much will depend on whether Russia can obtain tacit agreement from Turkey, who would likely receive many refugees from the province, currently estimated to have a population of two million.

With the dominant force in Idlib being HTS, viewed as terrorists by Russia, the US and Turkey, and most of the other rebel groups there reluctant to engage at Sochi, correctly seeing it as submission to Assad, conflict at some point seems inevitable.

A similar fate probably awaits the other rebel pockets. Some, perhaps Rastan and parts of the south, may be persuaded to compromise with Assad, either via Sochi or later deals. But Assad, confident in his position, will likely target Eastern Ghouta in Damascus militarily, being the source of the last remaining rocket attacks on the capital.

The UN's Office for the Coordination of Humanitarian Affairs (OCHA) estimates that 417,000 Syrians remain living in besieged areas, the majority of them in the Ghouta region. Any military campaigns in Idlib and Ghouta then would likely be violent, take a heavy toll on lives and create yet more refugees.

Secondly, beyond the continued conflict with the rebels, the future relationship between Assad and the Kurds remains uncertain and could descend into violence. At present the SDF and Syrian government forces face each other on opposite banks of the Euphrates, while retaining isolated pockets in each other's territory.

As long as the US patrols its skies, alongside 3,000 American special forces and 10 bases on the ground, the SDF will feel relatively secure from Assad, whose stated goal is to eventually recapture "every inch" of Syria.

However, despite assurances from the Pentagon of a prolonged US presence, the unpredictability of President Donald Trump, Washington's recent unwillingness to prevent the fall of Kirkuk and the US's historical tendency to sell out Kurdish interests has led many Syrian Kurds to be wary.

Assad and the Kurds

Consequently some expect the PYD, the Kurdish force that dominates the SDF and is attending Sochi in an unofficial capacity, to cut a deal with Assad via Russia. Surrendering the Arab-majority lands along the Euphrates in exchange for autonomy in the Kurdish-majority areas along the Turkish-Syrian border is one mooted option.

US forces would presumably have to leave all of Syria in such a scenario. However, even were Assad to accept such an agreement – and he has shown himself far from compliant to Russian requests in the past – his long-term commitment to it would remain questionable.

The PYD, being Kurdish nationalists, pose an ideological threat that Assad will not allow to thrive in northern Syria.

The Syrian government will most likely seek to undermine Kurdish autonomy, either through political machinations or violent re-conquest (possibly with Turkish acquiescence), once the PYD's external backers have all left.

Finally, alongside the violence coming from within Syria is that from the outside. IS's caliphate may have been defeated but its followers, both old and new, remain in Iraq and Syria and could yet set off low-level attacks and possibly even a renewed campaign.

Turkey remains sceptical of the PYD's presence, being affiliated with the Turkish Kurdish separatists the PKK, along its border, and could yet move against outlying redoubts such as Afrin in Syria's north.

Similarly Israel fears the Lebanese Hezbollah and Iranian presence in Syria as a result of the war and has already stepped up its attacks against military convoys in 2017. The long-awaited next round of the Israel-Hezbollah conflict may this time be fought in Syria as well as Lebanon.

Assad therefore may have reasons to be cheerful, having survived the civil war launched to topple him. Whatever happens in Sochi this month, the Syrian dictator looks likely to remain as president. Yet the suffering for Syrians is far from over, and the conflict will evolve and continue in 2018 and possibly beyond.

Assad may have won, but peace likely remains elusive.

- Christopher Phillips is reader in international relations at Queen Mary, University of London and associate fellow at Chatham House’s Middle East and North Africa Programme. He is author of The Battle for Syria: International Rivalry in the New Middle East, a new updated paperback edition of which is available from Yale University Press in February 2018.

Photo: Turkish soldiers during a demonstration in support of the Turkish army's Idlib operation on the Turkey-Syria border near Reyhanli, Hatay, October 2017 (AFP). 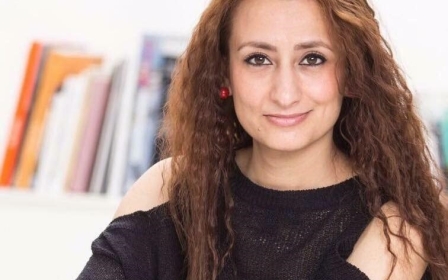