There is nothing genuine about Israel's humanitarian aid to Syrians 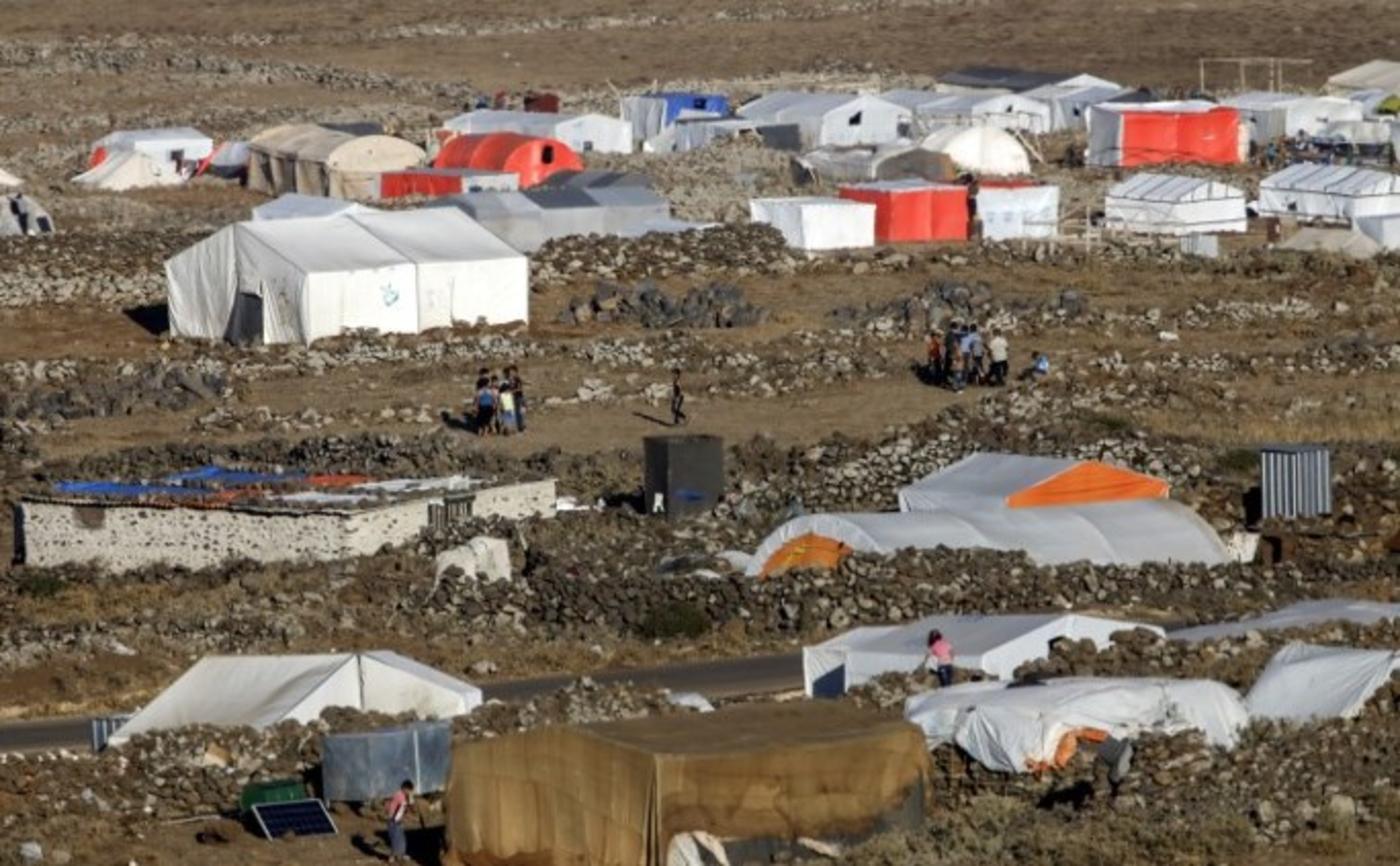 Last week, the Israeli army issued a statement about the transfer of humanitarian aid to thousands of displaced Syrians. According to the statement, the aid included tents, food, medical equipment and clothing and was delivered to different sites on the Syrian side of the occupied Golan Heights, where thousands of Syrians are living in camps, after fleeing the bombings in Daraa.

Replacing the words Israel and Syria with, say Indonesia and the Philippines, would make this news absolutely normal and even warming. But this is Israel, and it is transferring aid to people whose land - the Golan Heights - it has continued to occupy since 1967.

The use of humanitarian aid to whitewash Israel's record of occupation and human rights violations is not new. From Nepal to Haiti, Uganda to Fiji, this humanitarian aid is always followed by a propaganda effort to tell the world how "Israel is human", something that is far from reality.

A few years earlier, a video was circulated featuring the volunteers of IsraAID, the Israeli humanitarian aid agency, providing assistance to Syrian refugees arriving on Greek shores. While the volunteers in this video might have good intentions in helping others, they became part of Israel's whitewashing propaganda.

Humanitarian aid from Israel, can't be seen as a genuine gesture. It will always bring up what Israel tries to conceal with it. If Israel was genuine about its humanitarian motives, it should start at home

The video was a good illustration of how Israel can exploit the most vulnerable moments of Syrian refugees, scrambling ashore after a horrifying journey at sea, to serve its marketing agenda. This is not only about the wider phenomenon of "white" saviours who exploit victims' plight for self-promotion, but it is also about Israel's aim to distract public attention from its inhumanity, brutality and racism at home - against Palestinians.

The concept of humanitarian aid has been always charged. On the one hand, for victims in distress, humanitarian aid provides immediate relief and lifesaving. Furthermore, it can enforce solidarity between nations and bring people together. On the other hand, it raises the issue of unjust distribution of wealth and power in the world.

In many cases, countries which provide aid have a self-interest in avoiding, for example, an influx of refugees into their countries. In Israel's aid to Syrians, this interest is present of course, next to the whitewashing agenda.

Humanitarian aid from Israel, an occupying apartheid state, can’t be seen as a genuine gesture. It will always bring up what Israel tries to conceal with it. If Israel was genuine about its humanitarian motives, it should start at home.

There are about 1.5 million Palestinian refugees living in distress in refugee camps across the region. They have gone through what Syrians are going through now. For more than seven decades, Israel has been denying their right to go back to their homeland.

Gaza Strip has been under a brutal blockade by Israel for the last 12 years. Israel imprisons two million Palestinians in Gaza in the largest open air prison in the world, controls food and goods that enter Gaza and has used in the past a calorie count to limit the food intake for Palestinians in Gaza. It bombs Gaza occasionally and has launched three wars killing almost 4,000 Palestinians.

In the last three months, the Israeli military has been gunning down unarmed protesters in Gaza, killing over 130 peaceful protesters. Incarceration of children, denying the freedom of movement, demolishing houses and displacing communities are among Israel's daily practices.

While one can list countless of violations against Palestinians, both in the occupied Palestinian territories or those who hold Israeli citizenship, it is important also not to condone Israel's racism against its own non-white Jewish population and the inhumane practices against African refugees who arrived to Israel escaping conflicts in their own countries.

Earlier this year, the Israeli government announced its intention to forcibly expel tens of thousands of African asylum seekers. Those asylum seekers come mostly from Eritrea and Sudan. These migrants are not Jews and therefore, Israel views them as a demographic threat to its obsession with maintaining a Jewish majority in Israel. They face racism and rejection on all levels, from street pogroms to political and religious incitement.

A racist country with an extensive record of war crimes, human rights violations, military occupation, incarceration and killing of children, isolating a whole population in an open-air prison, destroying communities and rejecting asylum seekers in distress just because they are not Jews, can’t be seen as genuine about offering humanitarian aid to Syrians or anyone else, because morality can't be divided. It either exists or does not exist.

Image: A picture taken on 30 June, 2018 from the Israeli-annexed Syrian Golan Heights shows a view of a camp for displaced Syrians near the Syrian village of Burayqah in the southern province of Quneitra (AFP)