Tony Blair and the corporate capture of Palestine 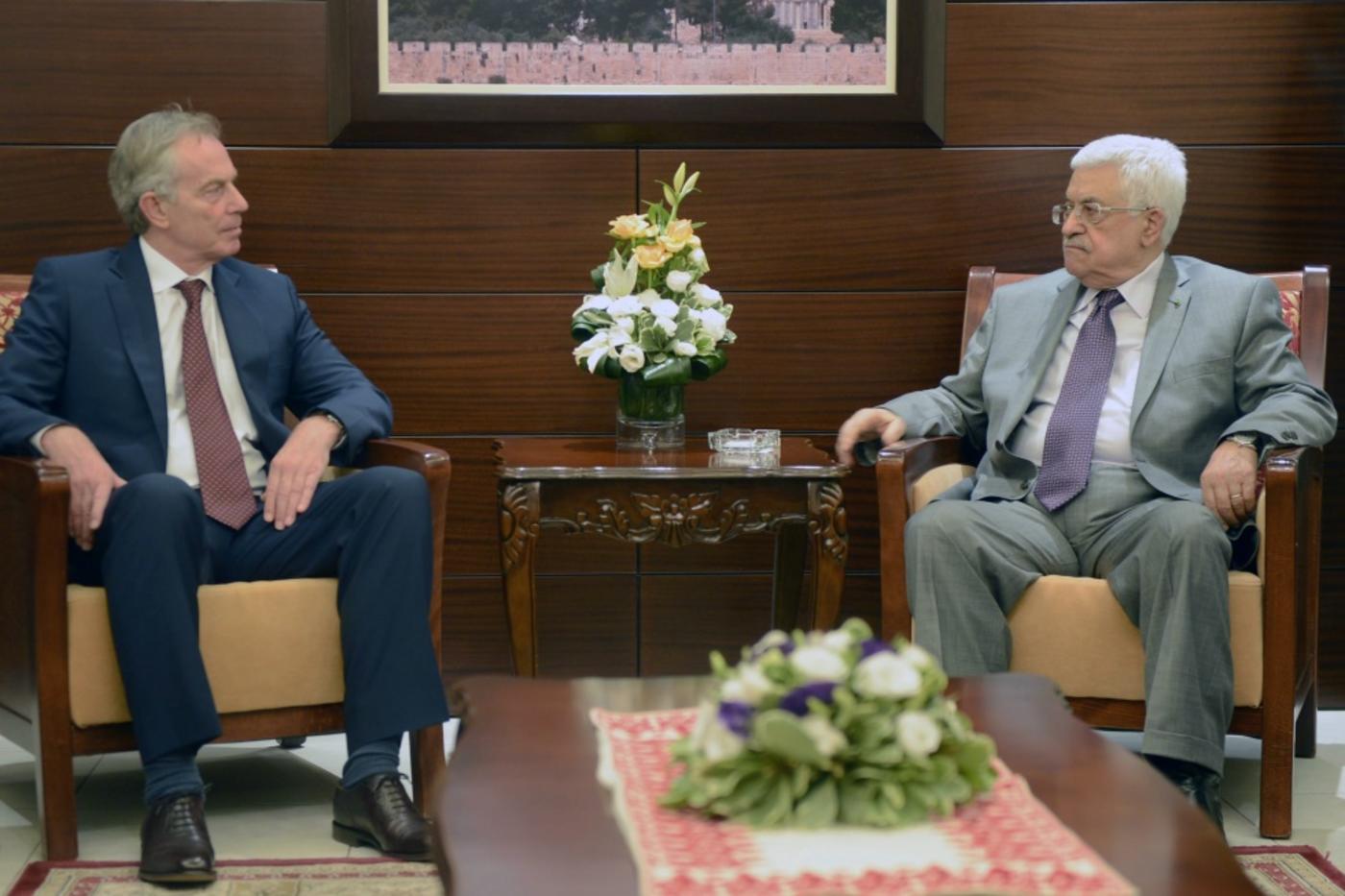 Is Tony Blair laying the groundwork for the corporate conquest of Palestine?

Supposedly working as a "peace envoy" in Jerusalem, Blair has overseen the preparation of plans to entice foreign investment in the occupied West Bank and, possibly, Gaza. While the plans are being presented as beneficial to ordinary Palestinians, a closer reading indicates that they could have ruinous effects.

In one paper, Blair's team notes that Palestinian labour is "well-educated, relatively inexpensive and abundant". The same paper - part of the Initiative for the Palestinian Economy that Blair published last year - contains a recipe for the ruthless exploitation of that labour.

A key recommendation of these plans is that an "upgrade" should be performed to Palestinian industrial estates so that they become "special economic zones". A fancy term for sweatshops, special economic zones typically allow companies to pay less taxes and lower wages than those normally applying.

By proposing this measure, Blair is perpetuating a discredited model of development. The vogue for special economic zones has been traced to India's decision to offer firms in certain areas a five-year tax "holiday" and similar moves by China during the 1980s.

The thinking behind such gestures was that they would prime-pump the economies of poorer nations. In practice, they allow mega-corporations to dictate how the world is run, while condemning workers to yellow-pack jobs. As Naomi Klein demonstrated in her book No Logo, "entire countries are being turned into industrial slums and low-wage labour ghettoes, with no end in sight."

The deaths of Bangladeshi garment workers in fires over the past few years has drawn some attention to the inhuman conditions of these zones. When I asked a spokesperson for his Jerusalem office if Blair was trying to worsen the conditions of Palestinian workers, I was told "absolutely not". Yet it is hard to see how Blair is recommending anything other than Bangladesh-style slavery.

Palestinian workers are not just "relatively inexpensive", as Blair's team claims. They are badly paid. In 2013, the average net daily wages in the West Bank and Gaza were $26 for men and $21 for women, according to the Palestinian Central Bureau of Statistics.

Blair's cronies are always quick to recall that he introduced minimum wage legislation in Britain any time his legacy as prime minister is discussed. Such advances make amends for his less than pristine record in foreign policy, his cronies would have us believe (whereas ordinary folk regard the invasion of Iraq as a crime against humanity, the UK elite merely views it as a mistake).

Blair's current activities put his meagre achievements in a new light. If he was prepared to champion workers' rights in Britain, then why is he trying to destroy them in Palestine?

The most plausible answer is that he has been asked to do so. In theory, Blair is the representative of a "quartet" comprising the US, the European Union, Russia and the UN. Yet John Kerry, the US secretary of state, has given the impression that he is Blair's puppet-master.

In 2013, Kerry announced that he had charged Blair with preparing the blueprint for the Palestinian economy. It followed the related Breaking the Impasse initiative of the World Economic Forum (WEF), an exclusive club of political and business hotshots.

Breaking the Impasse reportedly began with a 2012 conversation between the WEF's chairman Klaus Schwab and the Israeli and Palestinian tycoons Yossi Vardi and Munib al-Masri. As its name suggests, the initiative has been packaged as one of "business leaders want peace".

Schwab's involvement should raise suspicions about what is really going on. He professes pride in how the World Economic Forum - under his direction - persuaded Nelson Mandela to abandon the main tenets of the 1955 Freedom Charter, which undertook that South Africa's minerals, banks and industry would be placed under public ownership once apartheid was vanquished.

By pressurising Mandela to sell out his principles, Schwab helped usher in a slightly modified system of racial stratification in South Africa. A few blacks were able to become rich, yet the vast majority of their kinfolk remained in poverty. Economic power was still wielded by a largely white clique.

Is something comparable now being envisaged for Palestine?

Blair's spokesperson told me that "multinational companies will be a key driver" of his initiative but that "Palestinian investment is a vital part" too.

The blueprint has been prepared in consultation with business leaders from both the Middle East and further afield. Blair's office has not published a full list of those leaders, yet Coca-Cola, Goldman Sachs and Microsoft are known to have been involved in discussions about the blueprint.

This is a clear indication that one key objective of Blair and his team has been to increase the profits of their chum.

Benjamin Netanyahu has long been touting an "economic peace" with the Palestinians as a substitute for removing the injustices that Israel inflicts on them. The al-Masri family epitomises how pursuing this kind of peace is anathema to the quest for liberation. The family has shown a remarkable willingness to placate the oppressors of their people.

The Jewish National Fund is uprooting Palestinians from present-day Israel so that their traditional homes can be replaced with European-style forests. The al-Masris have helped confer respectability on the JNF. When the fund donated trees to Rawabi, a city that Munib al-Masri's nephew Bashar is building in the West Bank, Bashar initially accepted the gift.

In September, Blair told key donors to Palestine that the Israeli authorities, including the military, had been "fully briefed" about his blueprint. There is a disturbing logic to the cooperation: Blair's blueprint follows a pattern set by Israel.

The industrial zones that will be "upgraded" to fully-fledged sweatshops were established because of moves to restrict Palestinians from travelling into present-day Israel for work. It is no accident that most of the zones are dotted along the wall that Israel is building in the West Bank as part of a deliberate ploy to corral Palestinians into a sliver of their historic homeland.

The construction of these zones involves the theft of agricultural land. In April last year, farmers determined to stay in areas earmarked for the zones were served with compulsory purchase orders by the Palestinian Authority. Not for the first time, the PA has proved more eager to placate Israel and big business than to uphold Palestinian rights.

These industrial zones - in Bethlehem, Jericho, Jenin and Hebron - are located in areas that were nominally placed under Palestinian control by the Oslo accords. Yet it is important to note that Israel has already set up sweatshops in the Jewish-only settlements it has built in the occupied West Bank. Firms active in these settlements have often evaded wage and environmental laws applying inside Israel.

Many aspects of Blair's work in the Middle East are obscene. A "peace envoy" is effectively urging Palestinians to ape the practitioners of a military occupation. And a former leader of Labour - a party with an umbilical link to the struggle for workers' rights - is dressing up exploitation as progress. 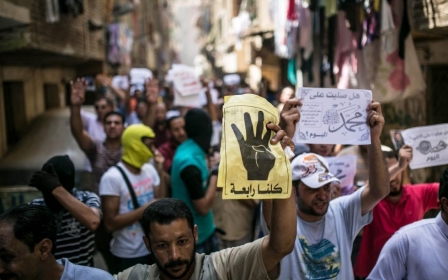