Trump must pay a price for his Jerusalem decision

Richard Silverstein
If there is no price, Trump, like all bullies, will continue with his brutal ways and do far worse in future 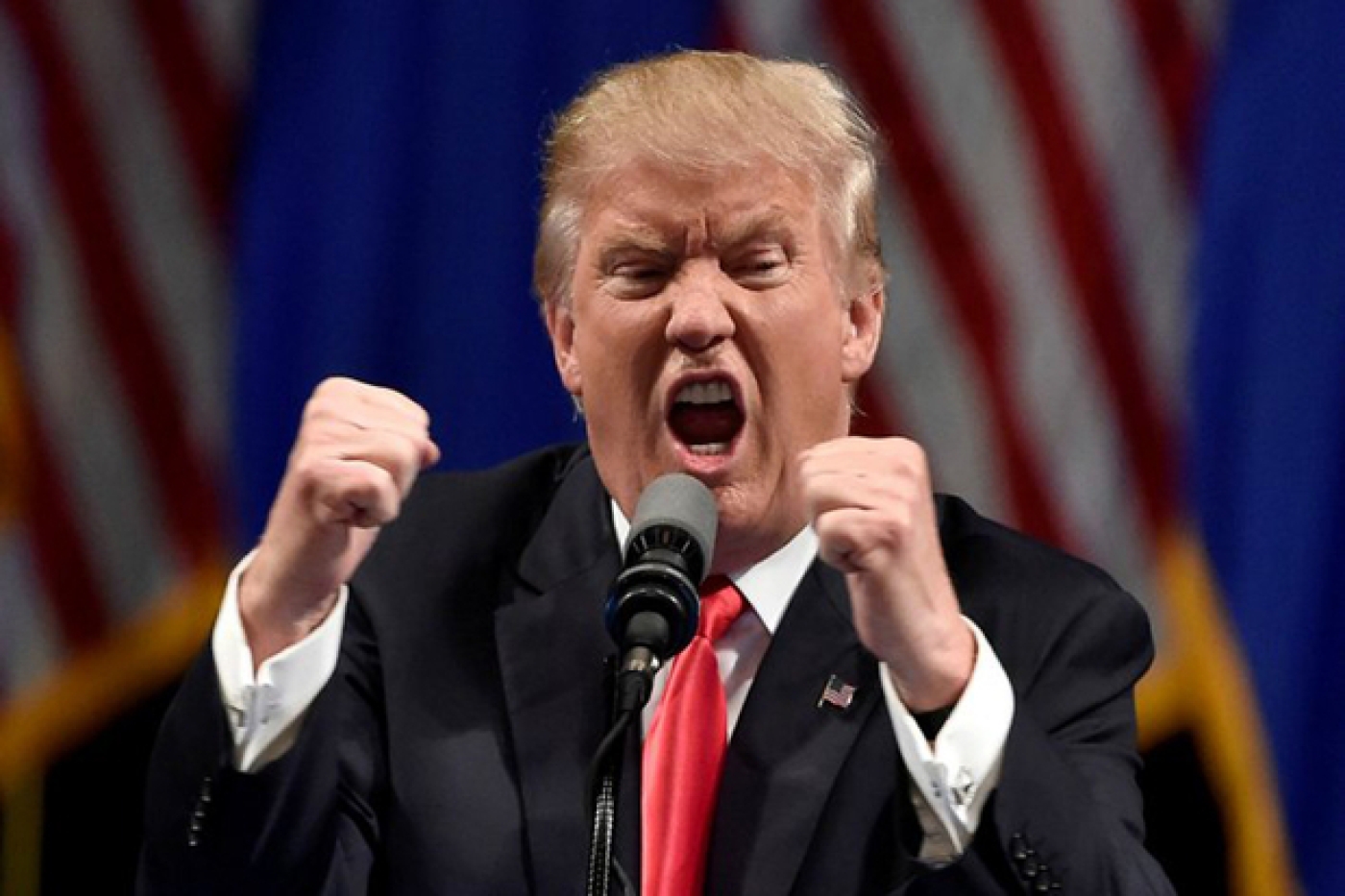 The world media is full of coverage of Wednesday's announcement by President Donald Trump that the US recognises Jerusalem as Israel's capital.

We're hearing from governments throughout the world about their disquiet at the prospect of a conquered city becoming a national capital, in violation of international law and two generations of diplomatic precedent.

But there is something we're not hearing: A commitment by these governments to take concrete action against this outrageous breach by the US. We're not even hearing of any anticipated actions against Israel itself, except a vague threat by Turkey's President Recep Tayyip Erdogan to cut diplomatic ties with Israel.

We've heard from France and even Saudi Arabia, which has conducted a covert scorched earth campaign to force Mahmoud Abbas to accept the Trump peace plan. The Saudi foreign minister has dutifully returned to old talking points, in which his country expresses solidarity for the "suffering of its Palestinian brothers".

Germany's foreign minister took the unprecedented step of warning Trump and Netanyahu of "the limits of his country's solidarity" if they choose to take a dive off the deep end. Germany - ever cognisant of its role as the birthplace of Nazism, which destroyed European Jewry and caused the deaths of tens of millions during World War II - almost never says that there is a limit to how far they will go in supporting Israel or the US.

If Trump wants to break ranks with the EU and the rest of the civilized world and essentially abandon prospects for a negotiated resolution of the Israel-Palestine conflict, he must pay a price

So these words are powerful and striking. But ultimately, what do they mean? If Trump were any normal president, he would realise that these are ominous words from Germany. But Trump isn't an ordinary president.

He's a leader who is megalomaniacal and pathological. He is a narcissist oblivious to anything and anyone but himself. To oppose such sociopathology requires not just strong language, but strong action. 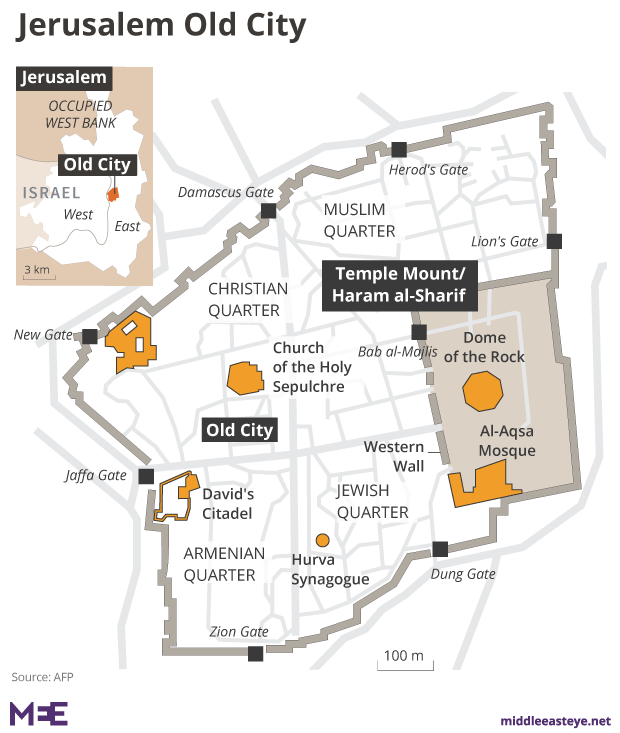 If they really believe what they're saying, how about all these nations putting their money where their mouths are, and recalling their ambassadors from both Tel Aviv and Washington?

If Trump wants to break ranks with the EU and the rest of the civilised world and essentially abandon prospects for a negotiated resolution of the Israel-Palestine conflict, he must pay a price.

Like all bullies, if there is no price he will continue with his brutal ways and do far worse in future. If you tell him "No" in no uncertain terms, it will stop him dead in his tracks.

To do this, the international community must develop a sustained strategy to confront the American and Israeli policy with a viable alternative. The United Nations should immediately recognise Palestine as a fully fledged member with its capital in East Jerusalem.

Nations throughout the world should create embassies in East Jerusalem (or at least demand the right to do so and force Israel to deny them that right). International bodies like the ICC must accept war crimes cases against Israel and not refuse them as the current highly politicised chief prosecutor just did, even after a judicial panel had earlier directed her to open a case.

Will the world stand up for its convictions? I wouldn't bet on it. Israel has always bet on the world having a short attention span when it comes to such outrages. Now, it appears that Trump is following Israel's example.

Trump's decision was supported by both his son-in-law and envoy to the Middle East, Jared Kushner, as well as his special envoy, Jason D. Greenblatt, who had concluded that shaking up the status quo could actually help rather than hurt their peace efforts.

While both Kushner and Greenblatt say that the move would cause an immediate uproar -  including potentially driving the Palestinians away from negotiations for some time - they believed the process was resilient enough to withstand the shock.

This shows not just the hopeless pro-Israeli bias of these neophytes, but that they don't understand what a peace process is, let alone one rooted in the incredibly delicate environment of the Middle East.

There is no such thing as a resilient peace process. It also indicates it's far more likely Trump will incite war rather than make peace.

An Israeli security source I consulted sided with Trump. He expected Palestinian protests throughout this week. But that due to the cold winter weather, he didn’t expect the level of intensity of the July al Aqsa protests against the installation of security cameras outside Islam's third-most holy site. He may be mistaken.

A gift to IS

Returning to how to oppose the new American policy, if Muslims in their tens of thousands heed Hamas' call for the Friday worship becoming a Day of Rage, and the protest spreads beyond Jerusalem throughout the Muslim world, then there could be such a groundswell. The Saudis - who only a few days ago seemed prepared to abandon Palestine in order to focus their sights more fully on the Iranian enemy - might realise that following Trump into the maw of Hell may not be the best approach if they wish to remain Protectors of the (Muslim) Faith

That is the only way to make Trump and his allies in this ghastly affair back down.

Trump's decision on Jerusalem: What difference does it make?
Azzam Tamimi
Read More »

There could also be a financial price to be paid: The massive selloff in yesterday's Asian stock market indicated it was deeply rattled by Trump's declaration. The president loves to point to market gains as proof he's good for the American pocketbook.

Let him face a series of market declines and uncertainty, and then boast. Perhaps the Arab oil producers should threaten a "stall" in the market. Even a hiccup would rattle investors.

Another "cost" for America may be increasing hostility toward US interests in the Arab-Muslim world. Gen. David Petraeus once warned that US soldiers faced increasing jeopardy as long as the Israeli-Palestinian conflict festered.

Imagine targets on the backs of not just our soldiers, but our diplomats, journalists and human rights workers serving around the world. Trump has just handed the Islamic State (IS) and al-Qaeda a gift, an amazing recruitment tool.

Photo: Trump isn't an ordinary president. He's a leader who is megalomaniacal and pathological (REUTERS) 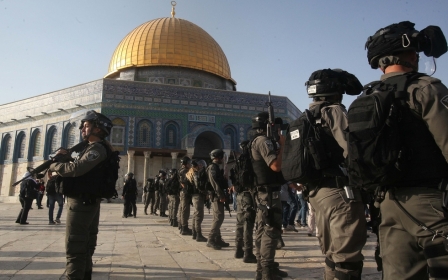 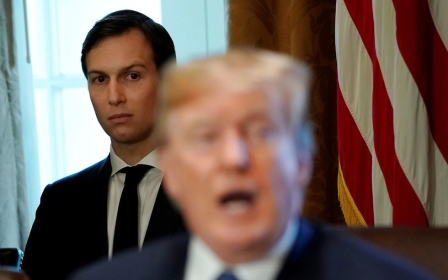 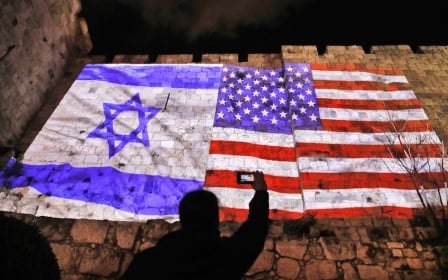