Trump's 'deal of the century': A blessing in disguise?

Azzam Tamimi
The United States is no longer qualified to act as a broker because, as the Trump deal shows, it now embraces the Zionist ideology A man holds a flag of Palestine as protesters take part in a demonstration in front of the US consulate in Istanbul on 29 January, 2020 (AFP)

My mother, God bless her soul, would have found the attention or excitement that preceded or followed US President Donald Trump’s announcement of his "deal of the century" to be unwarranted.

Born and raised in Beersheba, the largest city in the Negev desert of southern Palestine, she, together with her parents and siblings, was dispossessed in 1948 and forced to flee to the city of Hebron, where my father was born and raised.

For her, and for the millions of Palestinian refugees and their descendants, their country was conquered, their land was usurped and their lives were destroyed by invaders, some of whom were fleeing genocide and persecution in Europe.

The right of return

The issue for my mother and her fellow Palestinians was, and still is, not the creation of a Palestinian state whose size, shape and borderlines are determined by their oppressors but the right to return to their homeland.

The rest of the plan is nothing but the status quo created in Palestine by the descendants of the invaders with one objective, namely to deny the Palestinians their right to return to their homeland. Trump’s announcement means little more than a US official recognition of that status quo whose features are very much similar, if not identical, to those that characterised the white racist minority regime in Apartheid South Africa.

Not only has the land usurped from the Palestinians in 1948 been lost for ever, but so as well has a significant proportion of the land occupied in 1967, where colonial settlements for the exclusive benefit of Jewish settlers have been erected and are expanding.

Through his plan, Trump is really doing nothing apart from taking credit for recognising as legitimate the additional theft perpetrated by the Zionists over the years since 1967. Despite longstanding, almost unconditional US support for Israel, no US president before Trump contemplated going that far.

All previous administrations remained officially committed to a frame of reference comprised of UN resolutions and the peace process that was born out of the Oslo Accords.

However, the Israelis continued, and more so since the assassination of former prime minister Yitzhak Rabin in 1995, to create new realities on the ground such as land confiscations and house demolitions, building new settlements or expanding existing ones, the annexation of Jerusalem and the Golan Heights and building a segregation wall.

Yet, it must be admitted that such Israeli encroachments would not have become so easy had it not been for the security arrangement, or collaboration, taking place between the occupation authority and the Palestinian Authority (PA). That is why few Palestinians will take seriously the announcement by PA President Mahmoud Abbas and other officials that they object to the deal of the century.

The one and only thing that can vindicate President Abbas is simply beyond his means. He simply cannot, and would not dare, call off security collaboration with the occupiers. And nothing short of that could make the Palestinians believe him and take him seriously as he speaks against Trump’s deal.

As a result of the Oslo peace process, there are today in the West Bank thousands of Palestinians who are completely dependent on the occupation and earn their living in its service, including Mahmoud Abbas, his cabinet, his bureaucracy and his security forces. None of these people are willing to jeopardise the status they have been given and the privileges they enjoy as a result.

Abbas in particular vowed not to repeat what he considered to be his predecessor’s fatal mistake.

When late Palestinian leader Yasser Arafat returned from Camp David in 2000 with no agreement with the then Israeli Prime Minister Ehud Barak, he thought he could twist Israel’s arm by igniting a second intifada (uprising). The Israelis responded by destroying his authority. Eventually, they got rid of him altogether and brought in Abbas as a more malleable replacement.

I cannot think of anything the Palestinian Authority can do to force the Israelis and their American backers to desist apart from calling off all security cooperation and declaring the Oslo process to be null and void.

Only then will the Palestinians be able to protest more effectively against house demolitions, land confiscations and all other Israeli transgressions.

One should not take seriously the pretentious show of unity by Fatah and Hamas in protest against Trump’s deal. Such public expressions of solidarity have no real value so long as the security agencies of the former continue to serve the occupation by hunting down the activists of the latter.

Yet, I believe that Palestinians who are able to express their objection should do so, whether in Gaza, the West Bank or in the diaspora.

It is of paramount importance that their opinion is known and their voice is heard. In addition, the supporters of the Palestinian cause around the world should also make themselves heard.

In the present circumstances, nothing seems to perturb Israel and the Zionist lobby more than boycott, divestment and sanctions (BDS). This movement has been instrumental in exposing the ugly face of Zionism and the hypocrisy of world powers that support it or that tolerate its offences.

Where do we go from here?

In as much as Trump’s announcement today has been a cause for jubilation by the Zionists, it can also be a blessing in disguise for the opponents of Zionism. Despite referring to a Palestine and showing it on a map, Trump told the world on Tuesday that the so-called two-state solution as envisaged by the Oslo Accords is off the table. His utter bias in favour of Israel also speaks volumes. 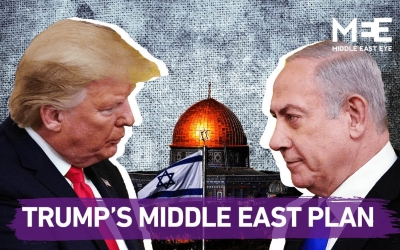 What is Trump's plan for the Middle East?
Read More »

The United States is unqualified to act as a broker because it embraces the Zionist ideology that provides a superhuman status to Jews while relegating to a subhuman status all others, including the natives of the land.

Such an ideology is not something decent humans can tolerate or coexist with.

Once that battle is won, we would end up in a situation where human beings, irrespective of their creed or race, are of equal status and equal rights. This is what one may call the one-state solution.

Azzam Tamimi
Azzam Tamimi is a British Palestinian academic and political activist. He is currently the Chairman of Alhiwar TV Channel and is its Editor in Chief. 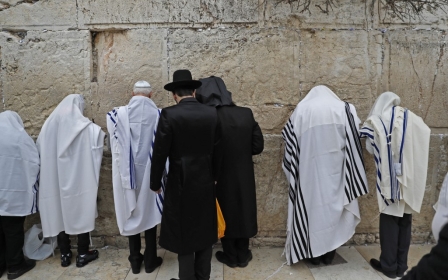 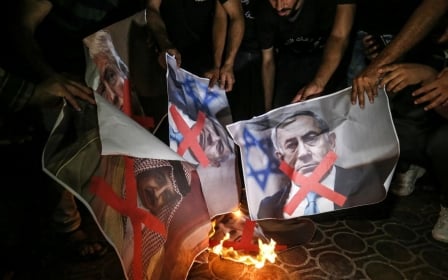 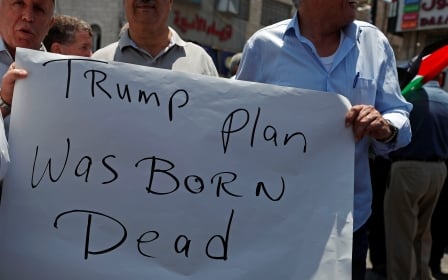