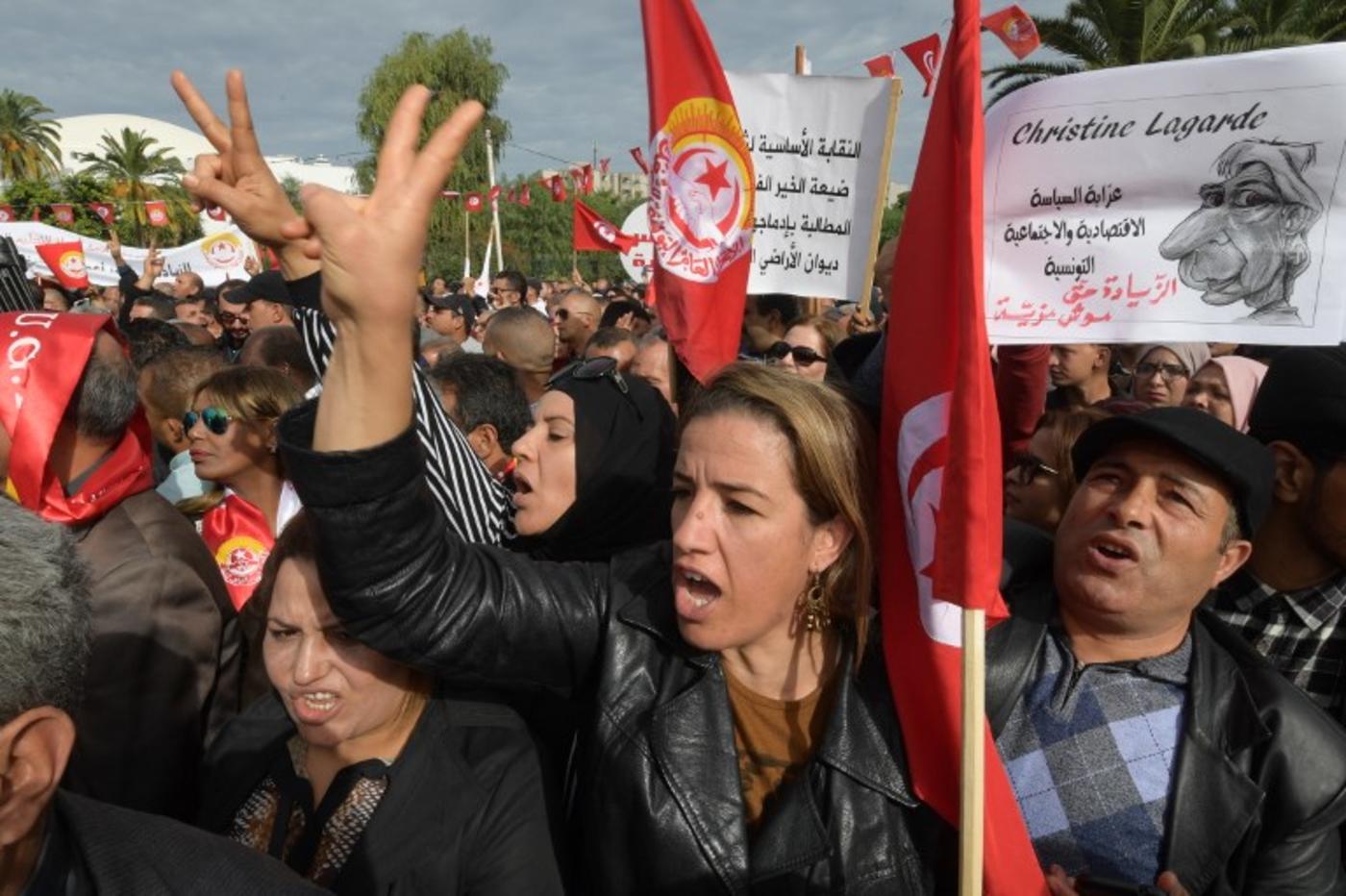 Twice this week, the streets of Tunisia were filled with people, flags and chants.

Monday saw Tunisians celebrating the anniversary of the 2011 revolution that deposed Zine El Abidine Ben Ali, amid calls for freedom, democracy and social justice. Calls for social justice again echoed on Thursday, when Tunisia saw the largest strike in its modern history, with more than 670,000 participants.

Eight years after the revolution, Tunisia is heading into a politically tumultuous year. While discussions on state institutions, religion and security have dominated political discourse in the years since the revolution, economic issues are now increasingly defining and dividing the country's political system. This week's events are a sign of things to come.

The one-day strike, called by the Tunisian General Labour Union (UGTT), included public sector workers across the country, alongside employees in state-owned companies. It followed multiple rounds of failed negotiations between the union and the government headed by Prime Minister Youssef Chahed.

Primary demands included an increase in public sector wages, safeguards against privatisation and a departure from the government's economic reform programme, which has been closely aligned with the demands of international financial institutions.

The portrayal of the Tunisian government as being "in the pocket" of the International Monetary Fund (IMF) has been a notable feature of the UGTT's rhetoric. Its newspaper featured a picture of Chahed as a puppet of IMF chair Christine Lagarde, and common chants throughout the protests were directed at the fund and what is perceived as foreign interference in Tunisia's economy.

The past few years have been hard on many Tunisians. The continuous weakening of the dinar has been a serious challenge for a country that relies heavily on imports of hydrocarbons and cereals. While GDP growth has increased, high levels of inflation have dramatically undermined the purchasing power of many Tunisians.

At the same time, unemployment has remained high, with modest gains in employment in coastal regions offset by further losses in the economically marginalised interior. Even though 2018 saw increases in tourism and agricultural exports, currency reserves have remained at critically low levels, and the government is highly dependent on foreign finance.

The Chahed administration has closely followed IMF recommendations in its monetary policy and tax regime, and has instituted severe cutbacks in public sector hiring. This week's strike has not been the first sign of an increasing politicisation of this reform agenda within Tunisia: in January 2018, price spikes provoked widespread outrage, and the past three months have seen more protests across Tunisia than any time since 2011.

The strike, however, signals a new phase in the debate about Tunisia's economic policy. While past years have seen extensive public mobilisation on the issue, it has not seriously penetrated Tunisia's formal political system, as the country's large governing coalition rallied behind the reform programme. There are good reasons to suggest that this is changing.

On the one hand, there is the UGTT itself. While this is not the first time the UGTT has used strikes to pressure the government, recent events represent an escalation of its tactics - and a successful demonstration of its ability to mobilise. There has also been increasing speculation that the UGTT may enter politics more directly this year, by fielding candidates in the upcoming elections. Presidential and parliamentary elections are expected in November.

"The UGTT's power after the revolution was built on providing real benefits to its members," said Ian Hartshorn, author of Labor Politics in North Africa. "The possibility of increasing austerity isn't just a threat to its members' livelihoods, but a threat to the union's cohesion.

"If they are unable to secure their demands via conventional means, at least some will want to consider directly entering politics. Doing so will heighten external conflicts with [Islamist movement and government coalition member] Ennahda and internal conflicts with their own members, who have party loyalties in addition to their trade union affiliation," he said.

While Chahed has in the past sought to find a politically equitable balance between the demands of the IMF and the trade unions, the space for such agreements is quickly narrowing. At the same time, political actors that see themselves sidelined in the continuing political reshuffles may find an alignment against the prime minister’s economic programme increasingly attractive.

As the consensus regime dissolves, questions around Tunisia's economic future are likely to restructure the country's political system in 2019 - and this is not necessarily a bad thing.

The wide parliamentary consensus around Chahed’s reform programme has increasingly alienated many Tunisians from their political class. A wide-ranging conversation around Tunisia's economic future is overdue, and would present an opportunity to refocus political energy on crucial questions of social justice and dignity.

There are, however, serious risks involved. A debate around a more inclusive economy in Tunisia will require both sides to resist the pressure to prioritise clientelist and constituency interests, which appears doubtful, to say the least.

They will need to learn how to highlight neglected voices that struggle with the country's formal political process, particularly within the interior regions. Political actors will also have to communicate critically and credibly with international institutions, while remaining dependent on their involvement.

This is a herculean task for any political system - but one that could reshape it.

- Max Gallien is a PhD candidate in international development at the London School of Economics, specialising in the political economy of North Africa. He holds an MPhil in modern Middle Eastern studies from the University of Oxford, and was a scholar in residence at Al-Akhawayn University in Morocco. Twitter: @MaxGallien.

Photo: A Tunisian protester chants slogans during a strike in the capital Tunis on 22 November (AFP) 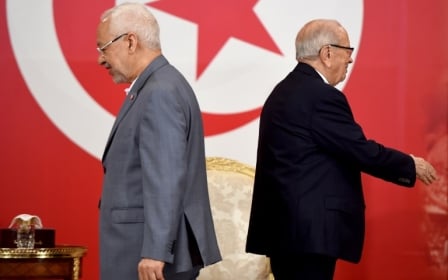 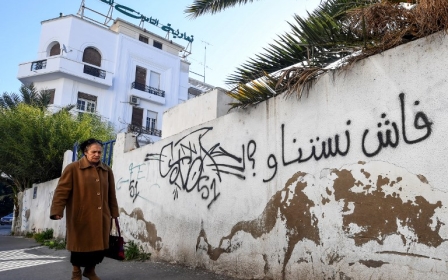 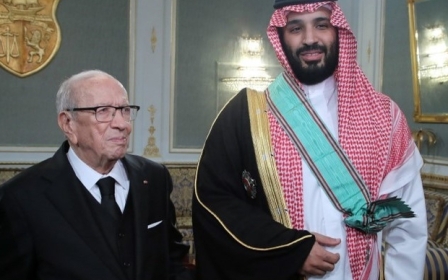 Tunisia
Tunisia is under threat from a Gulf-backed coup. Will the world let it happen?
David Hearst