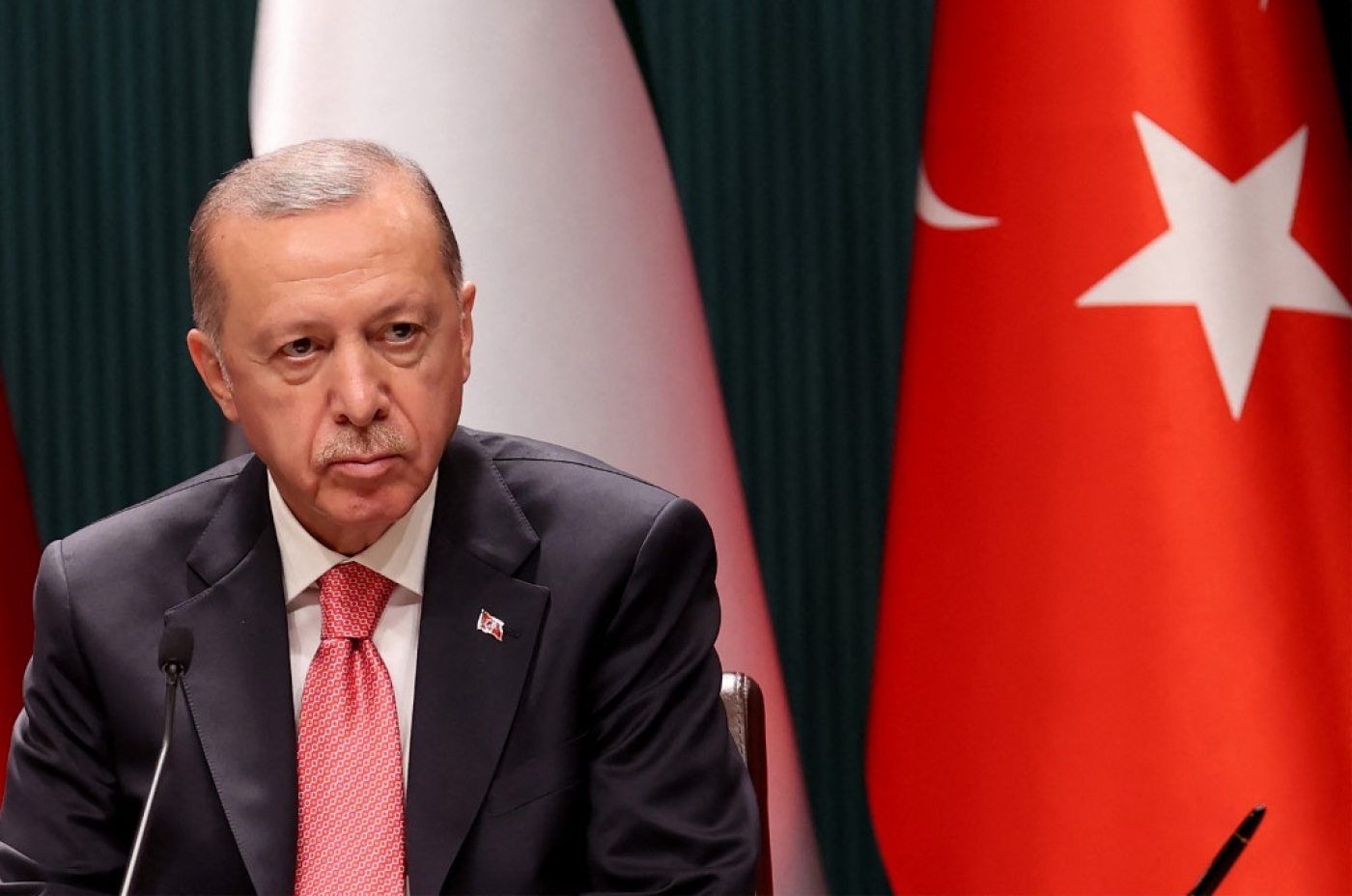 Elections are still two years away in Turkey, but judging from the frenetic pace of government policy and incessant messaging, you would think they were just around the corner.

And the stakes this time are perhaps greater than ever before: 2023 marks the centenary of the Turkish republic, and enormous prestige will accrue to the party and president ruling at this important juncture - along with power to shape the country’s future.

Victory would give President Recep Tayyip Erdogan and his Justice and Development Party (AKP) a green light to push ahead with their project to shape Erdogan as the de facto founder of a second republic, the most important figure since Sultan Abdulhamid II (forget Ataturk).

It would also consolidate the AKP as a permanent party of power, saving Erdogan personally from what would likely be a spectacular fall from grace involving corruption trials, a possible purge of the Islamist movement, and reversals on a host of domestic and foreign policies.

Much debate now swirls around the question: is there a method to the madness?

The AKP has been in power since 2002. It would not be an exaggeration to say that its early years were marked by stunning political and economic success.

The party broke new ground in Turkish politics, championing membership of the European Union as it built a rainbow alliance of various social and economic constituencies sick of the grip on public life of a Kemalist elite, which was seen as out of tune with the times. Various trends within what scholar Kerem Oktem called the “angry nation” came together to overturn the political order.

Erdogan used the liberal discourse of civic and civil rights in appealing to the electorate in snap elections called in 2007, after the military and constitutional court moved to prevent the AKP’s Abdullah Gul from becoming president. When the AKP’s share of the popular vote rose from 34 to 47 percent, Erdogan used that mandate to overturn the system of military tutelage that had reigned since 1960.

When senior officers, allegedly in coordination with Gulenists, tried to take their power back in the failed coup of 2016, it only served to underline the collapse of the guardianship system.

Economically, the government was able to institute a system of easy credit during the early 2000s, benefitting from surplus cash in the regional economy due to record high oil prices. When the Arab Spring protests erupted in late 2010, it looked like a decade of AKP rule would end triumphantly, with allied Islamist parties coming to power across the Middle East. In 2011, the AKP even increased its vote share to nearly 50 percent.

But things began to go wrong with the Gezi Park protests in mid-2013. Starting as demonstrations against urban development plans for an Istanbul public park, they metamorphosed into a broad movement against an imperious approach to governance, mixed with a new and more religiously conservative rhetoric, which emerged against the backdrop of government support for Islamist militants in the Syrian civil war.

Spreading across the country, the deadly protests elicited a rare, if ominous, criticism of police brutality from Fethullah Gulen, the US-based leader of a vast religious movement that had supported the AKP throughout its venture in power.

Relations with Gulen deteriorated later in the year when prosecutors, police and media outlets considered to be part of his movement appeared to cooperate in pushing corruption charges against government ministers and a son of Erdogan.

In 2014, Erdogan was elected president in the first direct vote in the republic’s history, and he wrote a much-publicised note at the Ataturk mausoleum in Ankara that declared Turkey to have succeeded in reconnecting with its pre-republican Ottoman past -and even implied he was a more important historic figure than Ataturk. But paranoia had set in about a range of nefarious forces seeking to subvert the electoral process to deny the AKP its right to rule, which the 2016 coup effort sent into overdrive.

A year before the attempted coup, the AKP failed to secure enough seats to form a government on its own after a surprise showing for both the pro-Kurdish HDP and the nationalist MHP in the elections of June 2015. This led Erdogan to take the fateful decision to ally with the nationalists, for which he overturned a peace process with the separatist Kurdistan Workers Party (PKK) and gave up on left-liberal voters as a lost cause.

This new direction dovetailed with an about-turn on Syria, where the policy of helping jihadists revolt against the Damascus regime had backfired, while Syrian Kurds living alongside Turkey’s southern border had been able to establish self-rule in a number of territories. Erdogan was even obliged to forge an alliance with Russia after it intervened on Damascus’s side, on the calculation that nipping a Kurdish independence movement in the bud was more important to the Turkish state than the vanity project of replacing the Syrian regime. 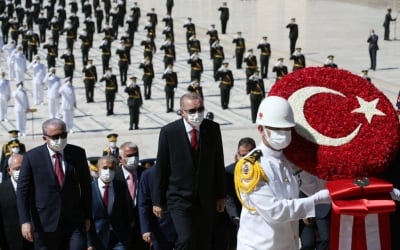 Turkey began to pay an economic price for the frantic pace of this politicking. The Islamic State took revenge for Turkey’s obligation - however reluctantly carried out - to facilitate Nato air strikes with a series of suicide operations that hit tourism and put pressure on the lira. When the Covid-19 pandemic hit, the economic situation further deteriorated; the lira lost 40 percent of its value this year, and Erdogan has famously refused to use interest rates to cool the economy down, rejecting orthodoxy that links low interest with inflation.

Much debate now swirls around the question: is there a method to the madness? The weaker currency has benefitted exports and could bring in more investment, but the epic efforts to defend the lira demonstrate clearly that there was never any intent for things to slide this far.

Gas finds in the Black Sea have fanned ambitions of achieving energy independence, or at least provided a talking point along those lines. Erdogan has often expressed a desire to escape the political leverage that comes with the financial sector’s reliance on western investors, and to attain immunity to the power the dollar gives the US to punish recalcitrant nations. But true disentanglement is a pipe dream.

The truth is, Erdogan is winging it. The government will make much of continued growth, blame the suffering on a range of nefarious actors, and - contrary to speculation before the lira tumbled again recently - delay elections for as long as possible in hopes of a turnaround, or resort to another manufactured foreign policy crisis with which to rally the president’s base.

Throughout his career, Erdogan has shown a unique political instinct for generating, relishing and surviving political crises. Crisis management, if not crisis propagation, is his forte - which means two extremely rocky years lie ahead.

Inside Turkey
Turkey-Greece population exchange still painful for those yearning for a lost past
Nato
Turkey may accept Finland into Nato without Sweden: Erdogan
Inside Turkey
Turkey's Bosphorus reopens to traffic after Ukraine cargo ship refloated 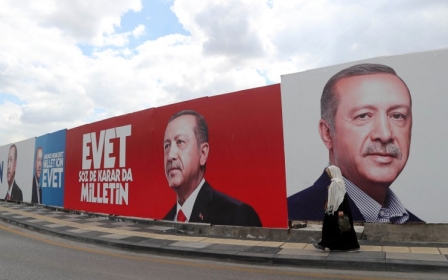 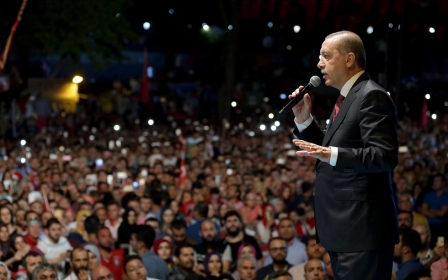 Turkey Coup
Why is Turkey's Erdogan being demonised in the West?
Soumaya Ghannoushi 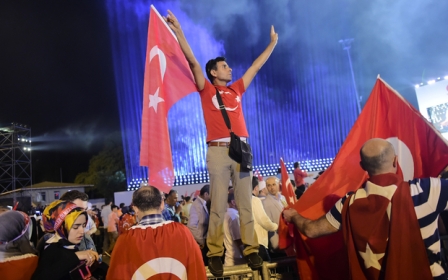