Energy crisis: How Turkey can play a major role in solutions for Europe

Emin Emrah Danis
If Turkey sets up its energy policy correctly, it could soon become a powerful gas trading hub and a vital energy mediator between Russia and Europe 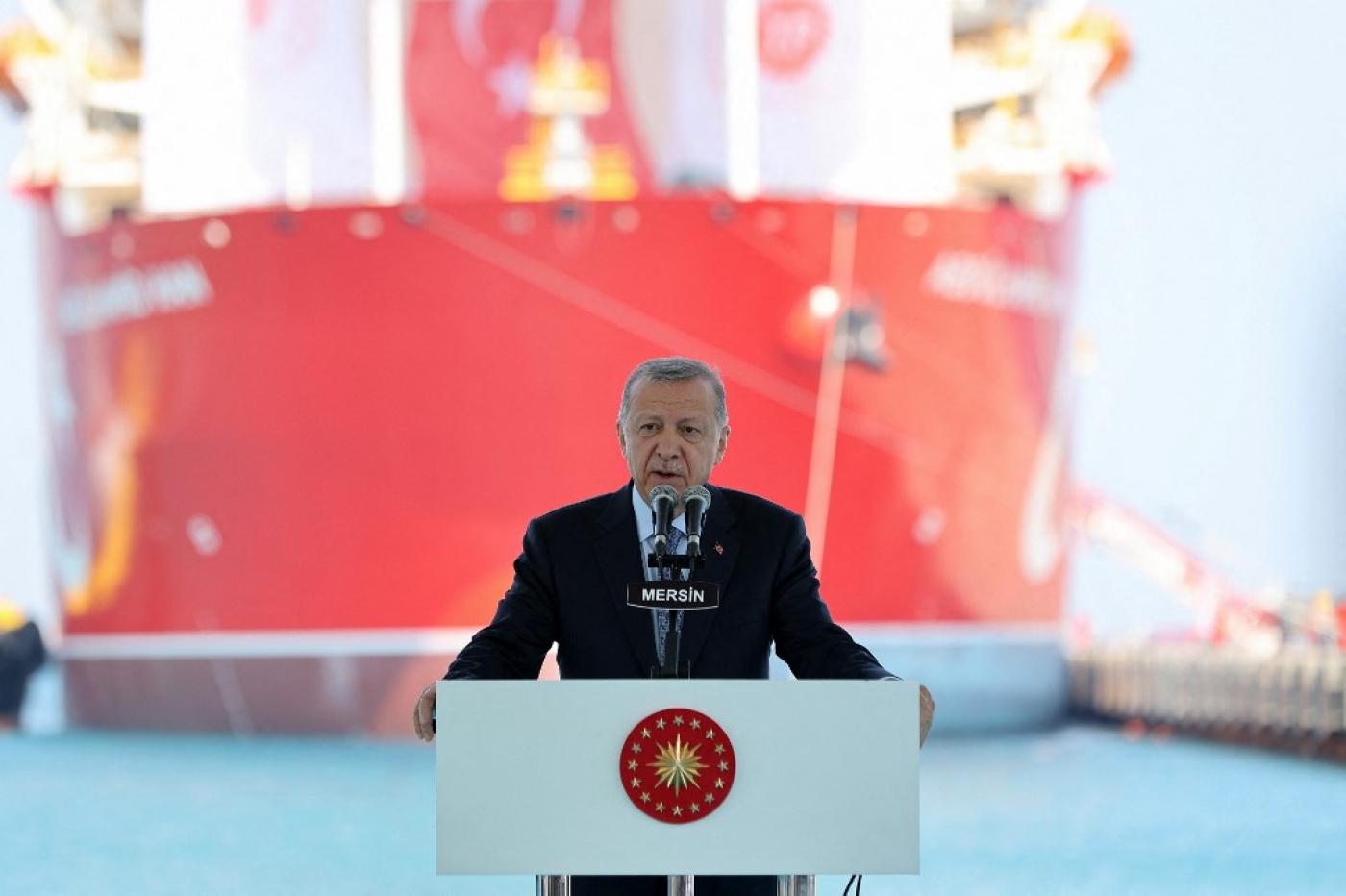 Turkish President Recep Tayyip Erdogan stands in front of the Abdulhamid Han drill ship, in Mersin, before it was sent out into the Mediterranean Sea for gas exploration, 9 August 2022 (AFP)

Russia’s invasion of Ukraine in February undoubtedly had a massive impact on energy prices.

European countries are heavily dependent on Russia for natural gas, oil and coal imports. This heavy reliance, as well as the absence of alternative resources, suggest that the winters of 2022-23 and 2023-24 may be the hardest for Europe. And Turkey might soon be in a position to help alleviate Europe’s energy crisis.

As Russia maintained its lead in the European energy market, Turkey has been making inroads to place itself as a gas trading hub to compete with its northern neighbour

The bulk of Europe is looking for an alternative and permanent solution to replace Russian gas. On the other hand, despite tensions with Europe, Russia still wants to continue its exports to the European natural gas market - at least to some southern European actors who are willing to buy it, such as Hungary and some of the Balkan countries.

Russian President Vladimir Putin earlier this month proposed to establish a gas storage and distribution centre in Turkey, aiming to create the largest hub for Europe.

As Russia maintained its lead in the European energy market over the past two decades, Turkey has been making inroads to place itself as a gas trading hub to compete with its northern neighbour. In the 2000s, Turkey's natural gas market and infrastructure grew rapidly, with new pipeline projects coming to the fore as the EU's need for alternative supply sources increased.

Turkey has a high natural gas consumption and import volume, a developed market and good physical infrastructure, together with an energy exchange in Istanbul, Epias, which could allow it to become a significant gas trading hub. This all means that Turkey could emerge as an actor to satisfy both sides.

Turkey took a major step in this direction earlier this month, when Turkish Energy Minister Fatih Donmez announced that the Trans-Anatolian Natural Pipeline (Tanap), which delivers gas from Azerbaijan to Turkey and Europe, would double its capacity to 32bn cubic metres in the coming years (estimates put a timeline for the realisation of the project to 2027).

The Russia-led TurkStream pipeline, which travels under the Black Sea from Russia to Turkey, consists of two separate lines, each with an annual transport capacity of 15.75bn cubic metres. One of the lines delivers Russian natural gas to the Turkish market, while the other delivers it to European markets via Bulgaria. 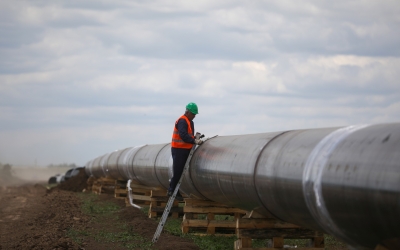 However, the TurkStream as it stands isn’t enough for Turkey to become the gas hub Putin would want it to be. Due to their nature, energy projects are implemented with long-term aims and high investment costs. Therefore, they have to have political, technical and economic feasibility.

Further work is needed. Building a third and possibly fourth line in TurkStream may help to transport more gas, but there would be technical problems in building them due to potential sanctions that could be imposed on turbines and European construction companies.

Also, their maintenance wouldn’t be feasible if spare parts for the pipelines weren't made available by western countries. And even if they were completed in a couple of years, it isn’t clear if EU countries would buy Russian gas.

The most realistic option is for Russian gas to be commercialised with other gas sources at the Epias energy exchange in Istanbul, physically blended in a hub to be established in Thrace and then delivered to European buyers.

Russia should be flexible in its long-term contracts with Ankara and give re-export rights to Turkey. Also, the current price formula and prices for Russian gas should be revised.

Turkey is trying to help Europe in other areas. Turkey supplied some gas to Bulgaria in June thanks to Ankara’s well-established liquified natural gas terminals. Turkey has a 133m cubic metres a day natural gas send-out capacity with two LNG terminals and two floating LNG storage and regasification units (FSRU).

Turkish state-owned gas firm Botas’ Marmara Ereglisi LNG terminal and Gulf of Saros FSRU, which are on track to be completed and operational this year, will not only contribute to the supply security of Istanbul and the Marmara region, but also supply gas to Bulgaria, Romania, Ukraine and other south-east European countries via Thrace in the future.

Turkey also aims to begin producing its own gas, discovered in Black Sea reserves in 2020. The Turkish energy ministry aims to pump the first gas from the Sakarya field next spring, which has 540bn cubic metres of reserves.

There are also some alternatives that would require a fundamental shift in regional politics, such as the delivery of Turkmenistan and Iraqi gas to Europe through Turkey. This wouldn't be impossible, but not easy either, as the acquiescence of Iran would be needed to build a Trans-Caspian Pipeline, with Russia probably blocking negotiations since it is the traditional arbiter in the region.

The same goes for gas in northern Iraq, as the instability in the country and the disagreement between the Iraqi central government in Baghdad and the Kurdish Regional Government (KRG) in Erbil makes the future of Iraqi gas for Europe problematic for the time being.

The delivery of Israeli and Eastern Mediterranean gas to Turkey depends on solving the political issues in the region and establishing mutual trust, rather than on commercial reasons.

If the current political picture continues in the upcoming elections in Israel, Tel Aviv's normalisation in relations with Turkey will accelerate and bring cooperation in energy onto the agenda again.

It should not be forgotten that Turkey is the shortest, cheapest and most feasible route option for eastern Mediterranean gas. Europe's deepening energy crisis may also contribute to the solution of other problems, such as the route of the pipeline to Turkey, maritime jurisdiction areas and the Cyprus issue.

Turkey could also help Europe with its renewable energy programmes, such as producing wind farm turbines and solar panels at competitive prices

All of these projects would, even with political will, require at least four years to resolve their respective issues and be finalised. If Turkey sets up the energy game correctly, it may unite all these gas sources to become a gas trading hub in the coming years.

Finding a quick and permanent solution to Europe's deepening energy crisis in the short term will not be easy. It would be a rational choice for Europe to increase its energy cooperation with Turkey in line with the security of supply, economy and current political reality.

As in the grain corridor agreement between Russia and Ukraine over recent months, Turkey can play a mediator role between Europe and Russia in resolving the energy crisis. 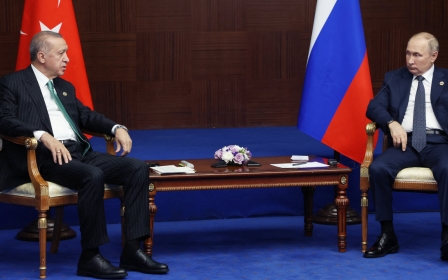 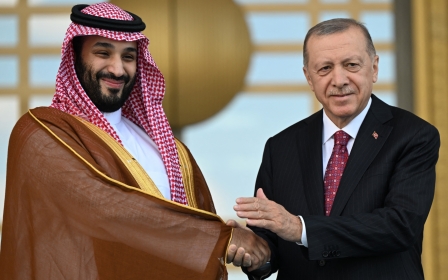 Diplomacy
US should not 'bully' Saudi Arabia over oil prices, Turkey says 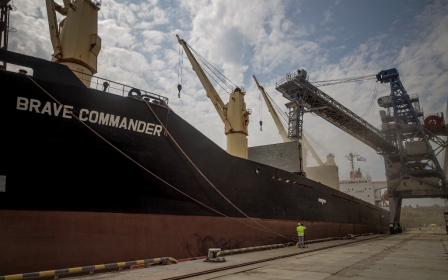