Turkey faces two uneasy choices in Syria. Neither of them is good 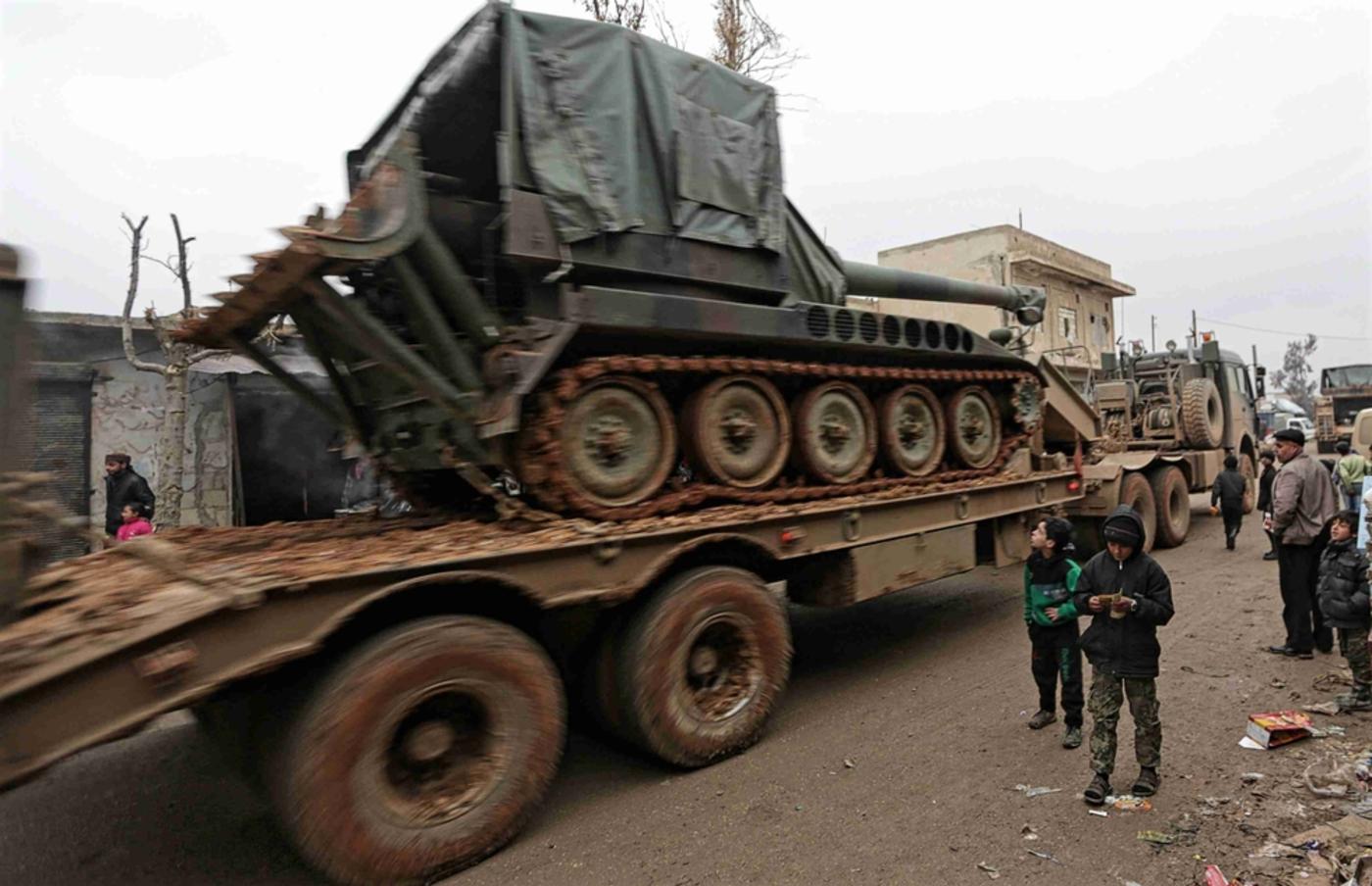 Turks woke up to hear a pleasant and quite unexpected surprise on their morning news last Thursday.

But then, just a few hours later, it was followed by equally unexpected, but to most Turks, unwelcome news.

Taken together, the two developments suggest that any firm agreement between Turkey and the other outside players in the war in Syria may still be far off.

It leaves the Ankara-Moscow partnership vulnerable to upset, while Turkey’s military operations in Syria could be checked, at least temporarily.

Washington and Moscow at odds

The good news, at least initially to Turkish government ears, came from US President Donald Trump, who announced that he intended to help set up safe zones in Syria to act as bases for refugees. Turkey has been pressing for safe zones in northern Syria - originally to be combined with no-fly zones - for nearly four years now.

With a ceasefire now declared in Syria and operations against the regime of Bashar al-Assad currently halted, the zones would presumably no longer be used for military purposes.

Before floating the idea, Trump evidently had not taken soundings from Moscow

Nevertheless, they faced the tacit but unwavering opposition of both the Obama administration in the United States for several years, contributing to the bitter rift which steadily opened up between Washington and Ankara from 2013 onwards, mainly because the US refused to assist a Turkish military operation in Syria.

Trump’s remarks suggested that he sees the zones in terms of relieving pressure from refugees, rather than as having crucial significance for the strategic balance in Syria.

Before floating the idea, Trump has evidently had not taken soundings from Moscow. Within an hour or two, President Vladimir Putin’s press spokesperson, Dimtry Peskov, warned pointedly: “It is important that this does not exacerbate the situation with refugees, but probably all the consequences ought to be weighed up."

As the day wore on, that message began to sink in. Turks felt uncertain, perhaps even uneasy, about what Trump was actually proposing.

The crucial detail which was missing from his remarks was his attitude to the Syrian Kurds who belonged to the Democratic Union Party (PYD), which rules the Syrian Kurdish enclaves but is an affiliate of the Kurdistan Workers Party (PKK), the militant movement which is fighting an all-out terrorist campaign against the Turkish government.

Ankara views the PYD enclaves as dangerous and unacceptable and would like to see them ended - though how this could be achieved is unclear.

It also wants Syrian Kurdish military advances against IS stopped because this is bringing close the spectre (for Ankara) of a militarily strong independent Kurdish area in Syria. That brought it into confrontation with Obama. Will it do the same with Trump?

McGurk is regarded as the architect of a military pact between the US and the Peoples Protection Units (YPG), the YPD militia, through which the Syrian Kurds have access to a supply of weaponry which might be used in potential stand-offs with Turkish or Syrian opposition forces.

And then, later on Thursday morning, Turkish TV news reported the bad news.

Till the end of last week almost nothing was revealed about the content of the talks between the Syrian government and opposition groups at Astana in Kazakhstan, though a mood of disappointment seemed to be setting in among the various groups in the Free Syrian Army opponents of the regime.

READ: US intervention in Syria? Not under Trump

This is awkward for Turkey, which is seeking to combine them into a single unified political entity, which will be able to act for the opposition in any long-term deal for the future of Syria.

However if Russian press sources are to be believed, a draft constitution was presented to participants at Astana by the Russian delegation. The details that have been revealed are deeply unpalatable both for the regime’s Sunni Arab opponents and for Turkey.

Under the draft, a non-Arab, non-Islamic state would be created. It would be based on cultural and religious diversity, with the non-Sunni group (30 percent of the total based on the country’s pre-war population) holding an entrenched position.

No map has yet been published but obviously Assad would retain the prosperous coastal provinces while the Sunni area would probably be in the north near Turkey.

“The cultural diversity of the Syrian society will be ensured,” the draft stated. The plan would stop just short of outright federalism, something which almost everybody in Turkey is nervous about on principle, regarding it as the prelude to a permanent breakaway by the Syrian Kurdish enclaves known as Rojava along the south of the Turkish border.

READ: How the Turkish army and Kurdish fighters reduced this town to ruins

For groups which have been fighting to create a unified Sunni state, all this is unlikely to be acceptable.

The really contentious point in the draft, and the one which immediately set alarm bells ringing in Turkey, was the proposal that there could be autonomous Kurdish regions and that in these there would be equality for both the Kurdish and Arabic languages.

Who benefits - and who loses out?

The PYD were excluded from the Astana meeting at Turkey’s request, but a rival group, the Kurdish National Council (ENKS), an offshoot of the Iraqi Kurdish Regional Government, was present.

Contrary to what Ankara hoped, indeed probably expected, Moscow’s sights now seem to be focused on involving the PYD in the settlement.

A PYD delegation was invited to Moscow on 26 January to be briefed on the outcome of the Astana meeting and the new constitution by Sergey Lavrov, the Russian foreign minister. However last Friday, a Russian spokesperson backtracked, denying Russia supported autonomy for the Kurds.

The immediate implication of this is that, regardless of whatever Trump decides on, Russia is not going to acquiesce in a future attempt by Turkey to subdue “Rojava”, as the Syrian Kurdish enclaves style themselves.

What’s more, if there is to be a settlement in Syria along the lines envisaged at Astana, then the Free Syria Army groups will have to co-exist alongside their Kurdish neighbours.

Turkey has been engaged in an all-out bid to crush its own Kurdish militants since July 2015. The idea of permanent autonomous Kurdish enclaves on its southern border, which are friendly to the PKK, is a nightmare.

The situation might be different if Turkish forces in Syria, which have been besieging the IS-held town of al-Bab since early December, had the upper hand. Then the Turkish army could move on towards Kurdish-held Afrin and Manbij, which are closer to the southern border.

Russia is not going to acquiesce in a future attempt by Turkey to subdue “Rojava”, as the Syrian Kurdish enclaves style themselves

But so far, IS has proved tenacious, though there are reports that it might withdraw from al-Bab. Ankara, which has lost around 50 soldiers in the siege, is unwilling to risk more casualties in an all-out assault on a town which lost most of its strategic importance when east Aleppo fell in December.

Turkey may now face two uneasy choices: remaining bogged down in Syria; or striking a deal with Russia, which would give it far less than it hoped for and leaves it still facing both IS and the PYD. Syria War
Turkey says if US wants Kurds at peace talks, might as well invite IS