Dilly Hussain
The Turkish president and other senior AKP officials appear to be big fans of the recent soap operas glorifying the Ottoman Empire. Coincidence or shrewd political calculation? 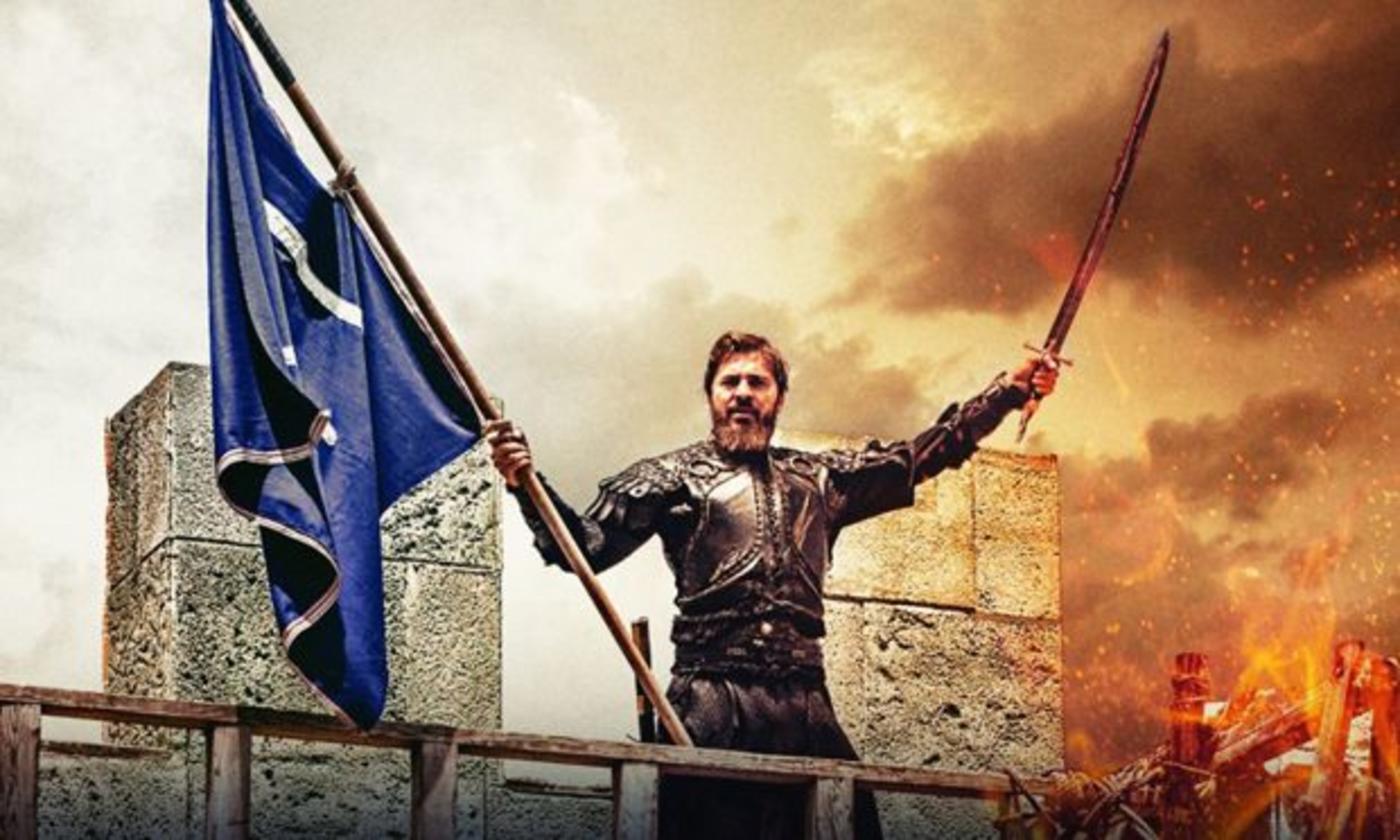 After the Ottoman Caliphate was abolished on 3 March 1924 and Mustafa Kemal Ataturk declared Turkey a secular republic, the country looked towards western Europe as a political model to emulate.

During its formative years, the new Turkish republic saw a period of forced assimilation to secularism, and the censorship of Turkey's innate Islamic identity and culture. The Kemalist regime banned the hijab, outlawed the public call to prayer, closed religious schools and dropped Arabic from the education curriculum.

This authoritarian crackdown on anything overtly Islamic lasted for decades, several military coups taking place when the "security" and "unity" of the secular republic was threatened. The historical remnants of the Ottoman Empire were generally erased from public life, as the higher echelons of Kemalist power saw them as a regressive chapter of Turkey's past.

Turkey's desire to be accepted into the European Union was destined to be problematic. It is, after all, a Muslim-majority country with a population of 80 million, one of the strongest standing armies in the world and religious social norms that are not entirely palatable to secular liberal Europe.

EU members, when they oppose Turkey's bid to join the bloc, frequently accuse the country of human rights abuses and censorship of freedoms. It may not be politically correct to say it, but Turkey's historical relations with Europe during the Ottoman era make its Muslim identity something of an elephant in the room.

For now Turkey, under the leadership of the charismatic President Recep Tayyip Erdogan and the AKP, or Justice and Development Party, is looking towards the Middle East and North Africa for any political influence and economic prosperity.

When Erdogan, a seemingly unapologetic Muslim leader, emerged 70 years after the gradual decline of Kemalism, it was inevitable that some would regard him and the AKP as modern-day Ottomans.

These comparisons are usually made by Western journalists and Turkish secularists who link "sultan Erdogan" to the Ottoman Empire. But neither Erdogan and the AKP's political rhetoric, nor their policies, are anything like those of the Ottomans.

During my last two visits to Istanbul since 2015, I noticed a consistently positive regard for Ottoman history

Despite this, Ottoman nostalgia is on the rise in Turkey. During my last two visits to Istanbul since 2015, I noticed - from hotel staff to taxi drivers to shopkeepers and university students - a consistently positive regard for Ottoman history, even among those who were ardent critics of Erdogan and the AKP.

While it would be incorrect to even figuratively compare Erdogan to the Ottoman sultans, there is no denying that the AKP has been key in reviving Ottoman history in Turkey. From commemorating historical battles like Gallipoli to welcoming world leaders with Ottoman-dressed guards, Erdogan's rhetoric and the AKP's social policies would make Ataturk turn in his grave.

Erdogan and the AKP have advocated several social policies which were pushed for by the Ottomans, including calls for Muslim youth in Turkey to wed young and support for married couples to have more children. The government's consistent support for Palestinians, Syrians and the Rohingya are reminiscent of how Turkey has intervened to help oppressed Muslims.

But there is another indication of the authorities' revival of Ottoman history - their praise for recent Ottoman TV shows. These are the prime examples:

First aired in 2013, Dirilis Ertugrul, tells the story of Ghazi Ertugrul – the father of Osman I, who founded the Ottoman Empire and lived around 800 years ago – as he struggles to find a permanent homeland for his tribe, the Kayi, while fighting the Knights Templars, the Mongols, treacherous Seljuk governors and generals, and internal spies.

The show’s conservative producer and director, Mehmet Bozdag, is a celebrated filmmaker in Turkey whose closeness to the AKP is no secret. When it aired on TRT, Turkey's national broadcaster, Dirilis Ertugrul was an acclaimed hit.

But it has been even more popular, if social media is any indicator, with non-Turkish viewers who have watched it on Netflix. Some have even dubbed it the "Turkish Game of Thrones".

Ertugrul, who is played by Turkish heartthrob, Engin Altan Duzyatan, is a loyal servant to Seljuk Sultan Alladeen Kaykubad, and serves to protect and expand the Seljuk Empire. Meanwhile, he has a long-term plan of establishing his own principality which will take over the Seljuk bastion. Along the way, Ertugrul is guided by religious scholars, Sufi mystics, his mother Hayme, and his Seljuk wife, Halime.

https://www.youtube.com/watch?v=vFFRhCKAoVg&list=PLi5jGO_pnyadIj77RunLjz5Su6EwsktC7
The series has strong themes pertaining to the establishment of an expansionist state that will rule by justice and the Islamic concepts of unity, jihad, martyrdom, patience and hope, paired with an unadulterated hatred for Crusaders and their spies from "within" the tribe.

I could not help but feel the Crusaders and their agents fit perfectly with Erdogan's official coup plot narrative – that it was orchestrated by the West and carried out by the Gulenists, supporters of the preacher and former Erdogan ally Fethullah Gulen, now resident in the United States.

A fourth season is rumoured to be released later this year.

Payitaht Abdulhamid, which first aired on TRT earlier this year, follows the final years of Sultan Abdulhamid II's rule in the early 20th century, which was marred by separatist rebellions, coup plots by Young Turks and external threats from European powers, which the show claims were being orchestrated by Theodore Herzl, the founder of Zionism.

Payitaht Abdulhamid caused uproar on social media among members of the Jewish community, who accused the show of peddling anti-Semitism

Abdulhamid, played by Turkish actor Bulent Inal, was widely regarded as the last great Ottoman Caliph, who single handedly drove the empire to survive for another 40 years.

Dubbed by his European contemporaries as a regressive monarchist who prevented the modernisation of the empire, in actuality Abdulhamid implemented major educational, military and economic reforms. Thus the empire surpassed its expected sell-by-date by half-a-century until his removal in 1909.

Erdogan, along with many within conservative sections of Turkish society, praised the show, as did Prince Abdulhamid Kayıhan Osmanoglu, Sultan Abdhulhamid's great grandson, who advised on the show's production.

However, Payitaht Abdulhamid caused uproar on social media among members of the Jewish community, who accused the show of peddling anti-Semitism. Lobbyists successfully prevented Netflix from airing the show, while staff members from the Foundation for Defense of Democracies claimed that Payitaht Abdulhamid promoted an "anti-democratic, anti-Semitic and conspiratorial worldview".

Magnificent Century depicts the life of Sulaiman The Magnificent – one of the greatest Ottoman sultans, who led the empire to its zenith in the 16th century.

In stark contrast to Dirilis Ertugrul and Payitaht Abdulhamid, it mainly focuses on the women around the sultan, including his jealous wives, competing concubines and controlling mother, all of whom seek to gain influence within the palace.

Erdogan also weighed in on the criticism, calling the soap "disrespectful" towards a revered historical figure

The drama depicts the rise to power of Hurrem, the former Orthodox Christian slave from Crimea who went on to become Sulaiman's wife and one of the most powerful women in Ottoman history.

Magnificent Century, which was aired on TRT, may have been a hit in Turkey, but the Turkish broadcasting regulator, RTUK, said it received more than 70,000 complaints due to its depiction of the sultan's sex life, his gambling and other excesses of the royal family. Erdogan also weighed in on the criticism, calling the soap "disrespectful" towards a revered historical figure.

Magnificent Century is a far cry from Dirilis Ertugrul and Payitaht Abdulhamid, but it still illustrates – in consistent snippets - the glory of the Ottoman Empire and Sulaiman as the great caliph of Islam.

The key directors and producers behind Magnificent Century are widely regarded to be secularists. Their inclusion of Islamic concepts and a historical distrust of Europeans in a soap that has been described as the Turkish Sex and The City was surprising - and very telling of the public mood in Turkey.

While these shows are not government productions, two were produced by TRT and have been highly praised by Erdogan and senior AKP politicians.

It is hard to judge whether this revival of Ottoman heritage is part of a passive AKP "Islamification" policy or a genuine celebration of Turkey's history. But if the government allows the masses to be constantly reminded of their historical glory and accomplishments, then many may yearn for a repeat performance.

If the government allows the masses to be constantly reminded of their historical glory and accomplishments, then many may yearn for a repeat performance

This happens in the Western world all the time. In the US, Britain and France, the masses are frequently reminded by the mainstream media about how "great" their colonial forefathers were in shaping the modern world, strengthening the population's sense of global importance and interventionism.

The consistent themes of military conquests, Islamic unity and the concept of jihad as a mechanism to liberate occupied lands are embedded in TV shows like Dirilis Ertugrul and Payitaht Abdulhamid.

That can only lead to two things: the subconscious desire to return to such glory; and the conscious comparison between the celebrated Ottoman sultans of the past and Turkey's contemporary leaders.

It may also manifest itself in the Turkish public being more receptive and supportive of military interventionism in the region, even expansion of its borders.

However, it is important to note that while some read the cultural revival of Ottomanism as Turkey becoming more Islamic and flexing its aspirations to become an expansionist Caliphate, others merely see it as Turkey celebrating its heritage. Secular groups, for example, have used the current mood to push their agendas like the Turkish nationalists who are peddling Ottomanism to justify pan-Turkism.

Whatever way it is read, the current Ottoman nostalgia could also lead to widespread acceptance and support for Turkey to involve itself in the political and economic affairs of former Turkic Ottoman territories based on pan-Turkism, as opposed to the Middle East on the political premise of "pan-Islamism".

As an admirer of Ottoman history, I perceive the current resurgence in Ottomanism as a positive and refreshing change for the people of Turkey from the dark days of Kemalist tyranny.

But it would be unfortunate if such a legacy was suppressed by secularists or manipulated by opportunist "Islamists" when there is a wealth of lessons from which Turkey can learn about from their Ottoman predecessors about how to progress as an emerging power in the region.

- Dilly Hussain is the deputy editor of British Muslim news site 5Pillars. He also writes for the Huffington Post, Al Jazeera English, and contributes to the Foreign Policy Journal and Ceasefire Magazine. He regularly appears on Islam Channel, Russia Today, and BBC TV and radio discussing Middle East and North African politics, British foreign policy, Islamophobia and the war on terror. Follow him on Twitter @dillyhussain88 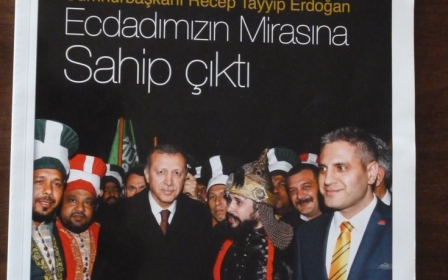 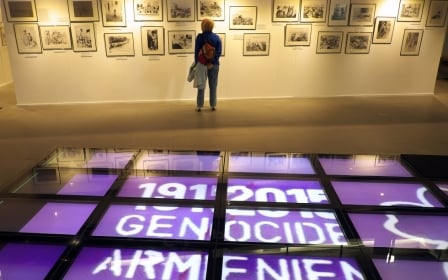