North Shropshire was a calamity for Boris Johnson. But it's about to get much worse. Here's why

Peter Oborne
The prime minister faces three further personal humiliations, each politically explosive. And each heading down the track at him with the speed of an express train Britain's Prime Minister Boris Johnson gestures during a visit to an NHS Covid-19 vaccination centre near Ramsgate on 16 December, 2021 (AFP)

The by-election result in North Shropshire on Friday, where the Conservative Party suffered a stunning defeat, is another hammer blow for British Prime Minister Boris Johnson.

His Conservative Party has held this rural constituency, where they traditionally weigh rather than count the Tory vote, for nearly 200 years. This colossal electoral setback is a manifestation of the scale of the anger and disgust felt right across Britain at the corruption, sleaze, grotesque double standards and epic incompetence of the Johnson premiership.

In political terms, Johnson has joined the living dead.

North Shropshire was an entirely self-inflicted wound brought about by Johnson’s attempt to save the skin of MP Owen Paterson by abolishing the Commons standards regime. And matters are about to get worse.

The prime minister faces three further personal humiliations, each politically explosive. And each heading down the track at him with the speed of an express train.

First, he is in deep water with Lord Geidt, the Downing Street ethics adviser.

Earlier this year, Geidt published a report into how Johnson had funded lavish improvements to the Downing Street flat which he shares with his wife and two children. In this report Geidt cleared Johnson of wrongdoing, but crucially added that Johnson had told him he was unaware that a Tory donor, Lord Brownlow, had paid the bill until media reports to that effect emerged in February. According to press reports, it now looks as if Johnson misled Lord Geidt.

The Electoral Commission published its own report into the Downing Street flat business last week. In the course of its research it unearthed WhatsApp messages from Johnson to Lord Brownlow asking for funds. Downing Street maintains that there is an innocent explanation. Maybe so.

So far Lord Geidt - former private secretary to the Queen - has remained silent. In due course, however, he will speak his mind. If he disagrees with Downing Street, he may resign, or demand to reopen his investigation. Either course of action will be devastating for Johnson.

The second looming disaster for Johnson concerns allegations that political advisers and officials drove a coach and horses through Covid rules by holding Christmas parties in Downing Street and around Whitehall this time last year.

Britain’s most senior civil servant, the Cabinet Secretary Simon Case, was forced to call an investigation into this seasonal celebration after the Daily Mirror revealed that a Christmas party took place on 18 December last year, when London was under Tier Three lockdown.

Downing Street insists that no rules were broken. If Simon Case concludes otherwise, then Johnson has to deal with calls for breaches of the rules to be referred to the police. Questions will be asked about whether he had personal knowledge of what was going on - and if so whether he did not tell the truth to MPs when he said no rules were breached.

But the worst threat to the prime minister comes from the parliamentary standards commissioner Kathryn Stone.

The Johnson government has long had Stone in its sights, with one Cabinet minister, Kwasi Kwarteng, even calling her future into question. He later apologised. It’s easy to see why Johnson and his squalid entourage should turn on the standards commissioner.

Stone has repeatedly admonished Johnson over his personal dealings. She lacerated him over a paid-for Christmas holiday to Mustique, though the (Tory dominated) Commons committee on standards later cleared him. Two years ago the prime minister was obliged to apologise for late registration of rental income, while he was also found to have been late declaring income from royalty payments.

This pattern of misbehaviour matters. Labour is asking the standards commissioner to investigate Johnson personally over donations for his flat redecoration. It is very hard to see, in the light of the devastating Electoral Commission ruling, how Stone can refuse to do this.

And if she does, the facts are such that she can hardly avoid finding the prime minister guilty.

Given his repeated record of breaking Commons rules, Stone will feel she has no choice but to punish him heavily. That would involve suspending Johnson from the Commons, meaning that he would be unable to carry out his duties such as taking prime minister’s questions and making statements to the Commons.

Any one of these three issues would plunge any prime minister into crisis. All three of them coming together mean that his time as prime minister can confidently be said to be over.

Johnson has one piece of luck. Parliament has now risen for the Christmas recess. MPs do not return till early in the New Year, meaning that the prime minister has three weeks' breathing space.

He is also helped by likely successors. They are low calibre. Liz Truss, the foreign secretary, is favourite among Tory voters to win the leadership contest that will take place when Johnson goes. She is out of her depth, and I expect her to be found out. Rishi Sunak, the chancellor of the Exchequer, is inexperienced and yet to acquire a robust public voice. Jeremy Hunt: Are we looking at the UK's next prime minister?
Read More »

The right-wing newspapers – which without exception support Boris Johnson to be prime minister in 2019– will present the succession as a contest between Truss and Sunak. Yet both are deeply implicated in the moral squalor and falsehoods of Johnson’s shortly-to-be defunct administration.

Jeremy Hunt, a former foreign secretary who came second to Johnson in the 2019 Tory leadership election, is not contaminated in the same way. He is a traditional Tory statesman who would offer a fresh start and return to decency and common sense. But that may count against Hunt, given the state of the British Conservative Party as it is today.

Meanwhile Johnson's reputation is shattered: he is held widely in contempt not just by most voters but also by Tory colleagues. If he does not go of his own accord – he has a potential alibi in two small children and could plausibly claim family commitments – Tory MPs will strike with a vote of no-confidence in the New Year. 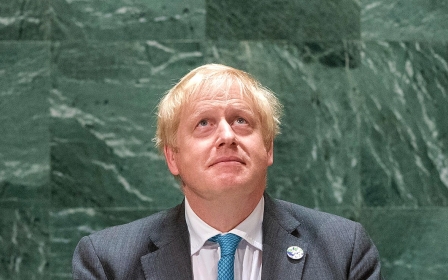 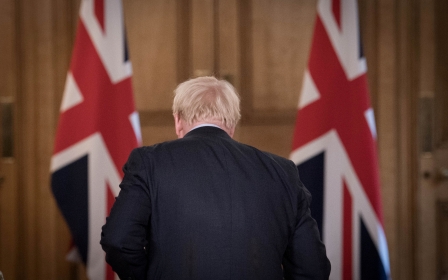 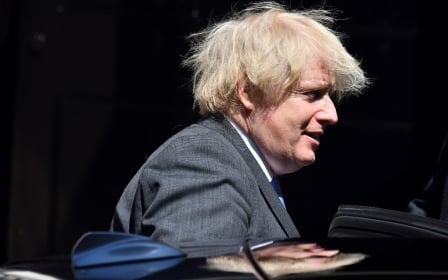