Why Britain's plan to offshore refugees must be scrapped We should be in no doubt that migration is one of the great global challenges of our time. As the roots of globalisation, conflict and economic crisis take hold, the United Nations estimates that nearly 300 million people worldwide are uprooting their lives for a better future.

For countries such as Britain that are economically prosperous, politically stable and historically gifted with extensive freedoms, we face a unique political challenge of how to manage our own appeal.

Its scope would allow children, modern slavery victims and torture survivors to be detained offshore, in a place where the British government has little legal control

In Britain, a rare bipartisan consensus has taken hold that our asylum system is broken. It rewards smuggling gangs who prey upon the desperate, punishes those with genuine needs through bureaucratic complexity, and pushes the most vulnerable into harm’s way.

This year alone, thousands of people have made the dangerous journey across the Channel. Only recently, we saw that result in the tragic deaths of 27 people, including three children and a pregnant woman.

We must find a system that destroys the criminal network underpinning this crisis, vigorously pursues enhanced cooperation with the French and other European parties, and distinguishes properly between economic migrants and those fleeing persecution.

I know that the home secretary is entirely committed to these approaches and has made immigration a key priority of her department. But unfortunately, the Home Office’s proposed solution - offshoring - sacrifices long-term values for short-term political expediency, with little chance of success.

Based on the Australian government’s approach adopted in 2013, its scope would allow children, modern slavery victims and torture survivors to be detained offshore in a place where the British government has little legal control.

The Australian model was a disaster, boiling down to an aggressive push-back policy. The Refugee Council of Australia has documented the gut-wrenching sexual, physical and mental abuse that has pushed vulnerable children towards suicide.

You might think these are isolated cases, but tragically, they are not. From May 2013 to October 2015, there were 2,116 reported assaults, instances of sexual abuse, or self-harm attempts. More than half involved children, even though children comprised less than one-fifth of all those detained.

If this were to happen under this British government, it would rightly prey on our conscience for many years. And if my Conservative colleagues worry about the politics, think how the public would respond to child deaths in custody. It would rightly be a national, if not international, scandal.

Then we have the question of cost. By any measure, offshoring is extremely expensive. Home Office figures show we spend £1.4bn ($1.9bn) annually on asylum costs, or £11,819 per person. Yet, Australia has spent $5.7bn on 3,127 asylum seekers, costing approximately $1.83m for each person detained offshore.

Directly applying the costs of the Australian offshoring system to the migrants who have crossed the Channel this year alone would leave the British taxpayer with an estimated £34.5bn bill. That is around 25 times higher than our current system. No Conservative government could justify such increased costs and still claim to be the party of fiscal responsibility - particularly if the system does not work, as I suspect it will not. Finally, we have the practical problem of location. Albania was suggested as a possible destination, yet the Albanian foreign minister described such reports as “embarrassing”. Gibraltar was broached, but that government strongly rejected the reports, saying there was “no truth” in the rumours. Ghana was also put forward, but the country’s foreign affairs ministry declared: “Ghana has no such intentions.” Where next, Belarus?

Although the proposal has many worthwhile aims, for which the home secretary should be commended, the offshoring system would be a moral, economic and practical failure, lacking any coherent policy foundation. That is why I have fought my own government to stop this ill-conceived idea from taking shape.

Beyond the superficial populist appeal, any assessment of offshoring makes clear that it is not good politics, and even worse policy. We should be in no doubt that offshoring undermines the rule of law, harms Britain’s international standing, and lacks any evidence of being effective.

The British government can deliver a thoughtful and pragmatic response to this crisis, but it must adhere to, rather than forget, our hard-won liberties.

David Davis is a former Brexit secretary and currently a Conservative Member of Parliament for Haltemprice and Howden.

Inside Jordan
A life suspended: Jordan's 'other' refugees stuck in limbo with frozen asylum claims
Refugees
No longer welcome: Anti-refugee sentiments rising in Turkey
Refugees
'Not your decision': Kurdish refugees in UK fear for future after avoiding Rwanda flights 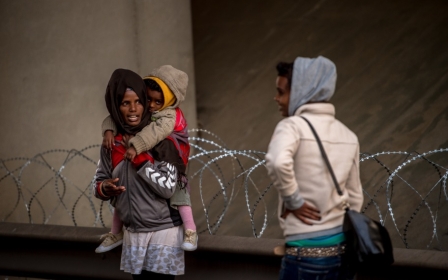 Refugees
Chaos in Calais: What Britain could learn from the Middle East
John Miller 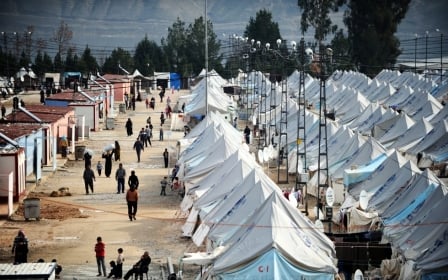 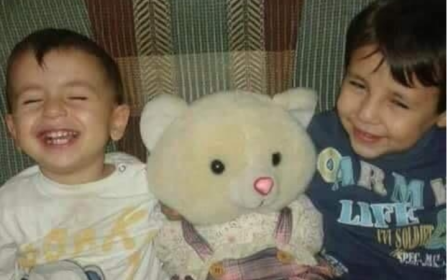