John Holmwood
It is anti-racism that the government defines as extremist and not racism itself. This is not a sign of worrying authoritarianism to come - it is already here 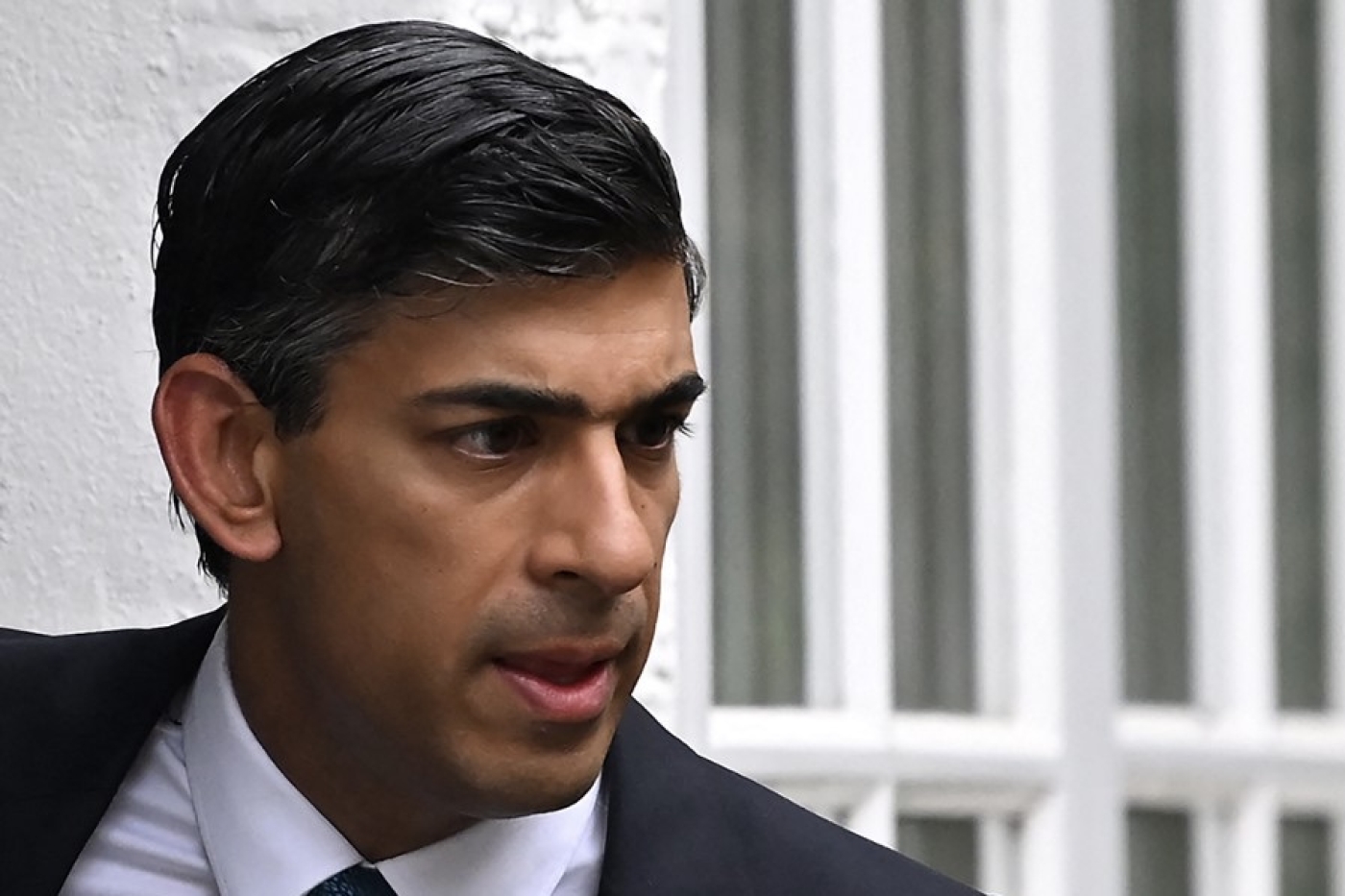 Rishi Sunak, Britain's former chancellor of the exchequer and candidate to become the next prime minister, leaves his house in west London on 20 July 2022 (AFP)

Rishi Sunak’s announcement that he would use Prevent - the government’s counter-extremism strategy - against those who "vilified" Britain has attracted much derision.

At the same time, he proposed the redirection of Prevent away from right-wing extremism, to the dismay of researchers and teachers. They have identified a rising number of referrals associated with right-wing extremism and a lowering of the age at which young people are accessing extremist material online.

Sunak also proposed that there should be a "weeding out" of charities and organisations that supported extremism.

This has been widely viewed as "red meat" for Tory members as he seeks to close the gap with Liz Truss in the Tory leadership battle. Her response was interesting. She thought it was all a bit "thin" and a restatement of what was already government policy.

She is right. For those who think this is a sign of worrying authoritarianism to come, it is a wake-up call about what is already in place.

The issue is not to seek an "equal opportunities" Prevent - one applied to the right-wing as well as to supposed "Islamists" - but to understand how Prevent undermines the rights of everyone.

It is also important to understand how Prevent (and wider counter-terrorism legislation) generates a moral panic about children and young people.

The shocking treatment of Child Q and other children has cast a light on the "adultification" of Black children. This is also a feature of Prevent applied to ethnic minority children more generally. If not strip-searched, they are nonetheless regularly subject to interview by counter-terrorism police without a responsible adult being present.

This is occurring to thousands of children each year. Yet they are not under suspicion of a terrorism offence, only of potentially coming under the influence of an extremist "ideology".

But what of the reports that a child as young as 13 has been found guilty of a terrorist offence? First, let us recall that the Home Office’s internal review of the Prevent Strategy in 2011 expressed no concern about the radicalisation of children and no concern about publicly-funded schools. 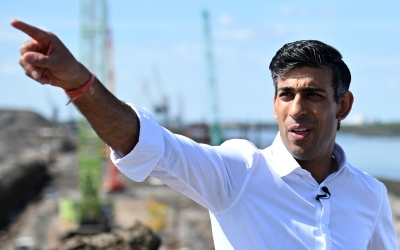 This changed after the Birmingham Trojan Horse affair, which was used to establish a Prevent safeguarding duty on all public authorities, including schools.

Children under 15 make up around a third of all referrals (there were 7,318 referrals in total in 2017-18, the last full year before Covid, and fewer than five percent were deemed serious enough to warrant a Channel intervention).

What has also changed is that the government passed a new Counter-Terrorism and Border Security Act in 2019. This was widely criticised at the time, including by Liberty, for introducing new non-violent terrorism offences such as the "reckless" expression of support for a proscribed organisation, the publication of associated images (such as flags), and viewing material over the internet (which can include just one viewing).

The government is now discovering that this act is drawing in more right-wing offenders than "Islamists".

But it is not clear what the role of Prevent would be for identifying supposed precursor indicators. After all, the issue is not online access at school - this is already monitored - and the problem of the legislation is that an individual passes easily and quickly to (possibly inadvertently) commit an offence.

We anticipate the government plans to take action under the Protect and Pursue strands of its counter-terrorism strategy, rather than Prevent.

This would involve the use of data analytics to provide Home Office "pop-up" ads for individuals who meet a specified profile warning them about going further. This is already done for pre-crime knife interventions (say, a 16-year-old male accessing an online DIY site receiving a message, asking if he is looking for a knife and warning not to proceed).

The Counter-Terrorism and Border Security Act (2019) also included a clause requiring an Independent Review of Prevent. This was to be the first review of Prevent since 2011. Indeed, the extensive powers it embodies have no statutory oversight (as is the case of terrorism legislation for which there is an independent reviewer and annual reports).

However, the government has subverted its independence (by the appointment of William Shawcross), leading to a boycott by Muslim civil society organisations and wider human rights groups. They have also delayed the report. In the meantime, they have been pressing ahead with changes to Prevent. I will detail a few of these before returning to the issue of right-wing extremism.

The first is the refocusing of the Home Office on Prevent in its security aspects. This is indicated by the closure of the Building a Stronger Britain Together programme and the concentration of community cohesion activities in the Department for Levelling Up, Housing, and Communities, where Sarah Khan was appointed in March 2021 as an independent adviser for social cohesion and resilience.

Khan was formerly the head of the Commission for Countering Extremism in the Home Office. An interim head, Robin Simcox, was appointed in March 2021. He has strong links with neo-conservative and far-right think tanks.

His first announcement was the need to redefine the policy toward right-wing extremism to distinguish far-right groups who operated within the law which, he claimed, were part of normal democratic politics. In the period since his appointment, the commission has been largely inactive, judging by its recently published annual report.

It has recently been announced that Simcox will be the new head of the Commission for Countering Extremism. But what will its role be? A clue is found in Sunak’s statement. It mirrors a recent report from Policy Exchange which recommends that its role should be research into extremism, countering criticisms, and evaluating and providing certification for NGOs in terms of their alignment with government policy.

Those that are not properly aligned should be denied public funding and engagement by government and local authorities alike. Their only targeted organisations are Muslim NGOs which they describe as "Islamist", notwithstanding their express commitment to democratic and lawful means. The Commission for Countering Extremism is designed to function in a manner equivalent to George Orwell’s Ministry of Truth.

This is what it means to redirect the focus of Prevent, and it is already in train.

But the nature of democratic and lawful means is also in question in the context of the new Public Order Bill and the creation of new criminal offences associated with extra-parliamentary action.

In effect, new laws create a new set of offences, and new offences create a widened penumbra of pre-crime behaviours or attitudes in which the Prevent strategy sits.

So, at the same time as there is an intention to refocus away from right-wing extremism, there is an expansion of concern elsewhere. This is more or less where Sunak put it, and why Truss said that what he was proposing was nothing new.

The Department for Education’s guidelines as to what counts as extremism in curriculum material are very clear: “schools should not under any circumstances work with external agencies that take or promote extreme positions or use materials produced by such agencies.

"Examples of extreme positions include, but are not limited to: promoting non-democratic political systems rather than those based on democracy, whether for political or religious reasons or otherwise; teaching that requirements of English civil or criminal law may be disregarded whether for political or religious reasons or otherwise; engaging in or encouraging active or persistent harassment or intimidation of individuals in support of their cause; promoting divisive or victim narratives that are harmful to British society; selecting and presenting information to make unsubstantiated accusations against state institutions.”

I have emphasised how the definition includes religion as a category alongside politically extremist positions. But notice the last two categories that relate to so-called "woke" criticisms of structural racism, as well as to accusations against state institutions.

I have already indicated that the implication of the government’s ignoring of right-wing extremism online is partly because it is taking place outside schools, colleges, and other publicly regulated spaces. There are things that schools could do, such as anti-racist education. 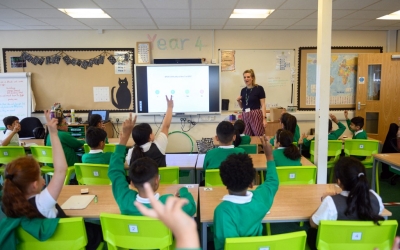 An alternative to Prevent? How about democracy
Read More »

This has been systematically dismantled by the government in the sense that it provides no directed support for it and local authorities that used to take the lead have no responsibility for academy schools (which make up three-quarters of all secondary schools in England).

More concerning, however, is the fact that it is anti-racism that the government defines as extremist and not racism.

Recent announcements have not been a fever dream brought on by the politics of the Conservative leadership race from which we shall all wake up and return to reality once a new leader is announced in September.

The fever dream is the reality we are currently living. 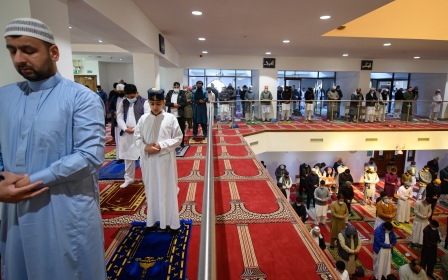 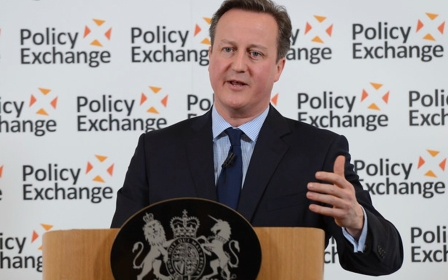 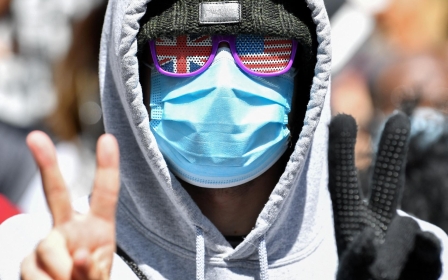