Kamel Hawwash
Just days after a US delegation visit to Israel and Palestine, Netanyahu declares that Israel will no longer uproot settlements. Any dreams of peace anytime soon are a long way off 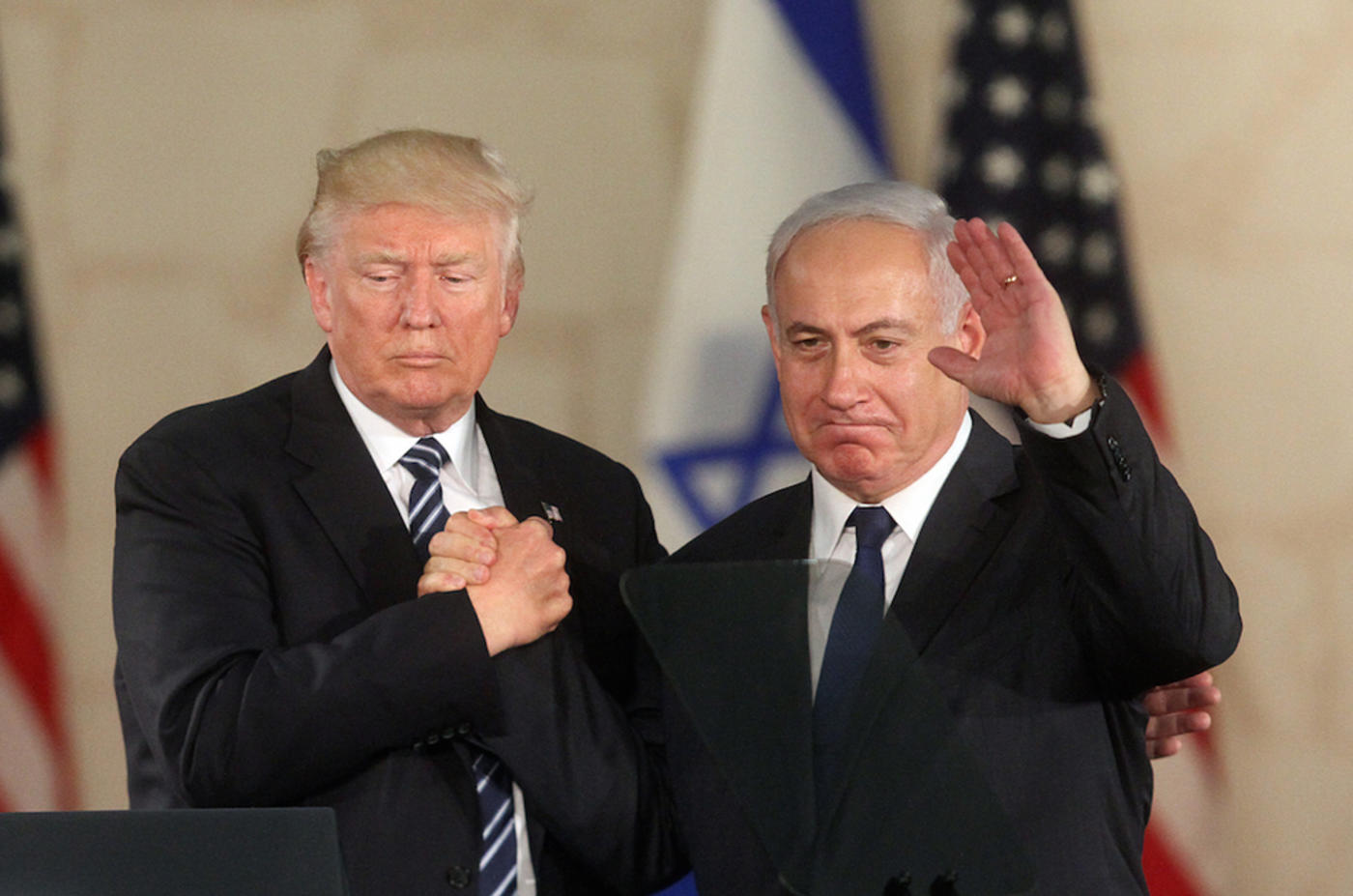 Say what you want about Israeli Prime Minister Benjamin Netanyahu, but he doesn’t mince his words.

"We are here to stay, forever," he said earlier this week during an event in the settlement of Barkan, commemorating the 50th anniversary of Israel's occupation of the West Bank.

"There will be no more uprooting of settlements in the land of Israel. It has been proven that it does not help peace. We've uprooted settlements. What did we get? We received missiles. It will not happen anymore.”

Coming just days after the visit of US President Donald Trump’s "peace team" to the region, led by his senior advisor and son-in-law, Jared Kushner, the timing of Netanyahu’s comments are highly significant.

The readout from the US team’s meetings with Abbas and Netanyahu was largely devoid of content. However, as brief as it was, it confirmed Palestinian President Mahmoud Abbas’ warnings that Trump’s peace process plans – and perhaps his White House overall - are in turmoil.

"I have met with Trump envoys about 20 times since the beginning of his term as president of the United States," Abbas reportedly told delegates from the Israeli political party Meretz during a recent visit.

"Every time they repeatedly stressed to me how much they believe and are committed to a two-state solution and a halt to construction in the settlements. I have pleaded with them to say the same thing to Netanyahu, but they refrained. They said they would consider it but then they didn't get back to me,” Abbas said, according to the delegates’ notes.

"I can’t understand how they are conducting themselves with us ... Inside [Trump's] country, there is chaos in the administration."

The administration may indeed be in chaos, but whether intentionally or out of incompetence, it has kicked the peace process into the long grass and emboldened the Israelis in the process.

Kushner and the rest of the Trump team’s recent visit to the Holy Land was preceded by a whistlestop tour of key Arab countries. It is important to note that no substantive messages emerged about Trump's proposed peace plan.

The US embassy rstatement from the 23 August meeting between the Americans and Jordan’s King Abdullah II omitted any reference to discussions about the much vaunted two-state solution.

However, quoting a statement from the Royal Court, Jordanian media reported that “talks focused on efforts to push forward the Palestinian-Israeli peace process and relaunch serious and effective negotiations between the two sides based on the two-state solution, which is the only way to end the conflict”.

A subsequent report in Al-Hayat newspaper, attributed to a PA source, said that Trump’s team had indicated that a settlement freeze could not be a precondition for resumed peace talks and that building would continue.

However, a senior White House official told the Times of Israel that Al-Hayat’s report was “nonsense” and said that the comments were never made.

In their meeting with the Palestinians, the visiting delegation reportedly asked for a three to four month grace period to present their ideas. A former Palestinian negotiator Nabil Shaath also said that the Palestinians told the Americans that its demands are “the end of the occupation, the establishment of an independent Palestinian state on 1967 borders with East Jerusalem as its capital, as well as the resolution of all permanent status issues, including the right of return for [Palestinian] refugees.”

These demands are the longstanding position of the Palestinians and have not shifted at all.

No room in ‘Netanyahu land’

When he promised during the 2015 elections that there would be no Palestinian state under his watch, those seeking to shield Israel from criticism claimed it was just electioneering.

There is no room in Netanyahu land for a Palestinian state.

In fact, in June, Israel recently laid the foundations for a new settlement. "After decades, I have the honour to be the first prime minister to build a settlement in Judea and Samaria," Netanyahu said at the time, referring to the occupied West Bank with its biblical name.

Netanyahu sees the land of historic Palestine from the river Jordan to the Mediterranean Sea as Israel. There is no room in "Netanyahu land" for a Palestinian state.

Increasingly emboldened by the lack of pressure from the international community to move seriously towards peace or face sanctions, Netanyahu is moving the debate from the real issue - how to end a 50-year long occupation - to Israel’s security needs.

He told UN Secretary General Antonio Guterres on his first visit to the Holy Land this week that Israel’s “most pressing problem” is Hezbollah and Syria, claiming that the UN Interim Force in Lebanon (UNIFIL) had smuggled weapons into Lebanon for Hezbollah.

“I will do everything in my capacity to make sure that UNIFIL fully meets its mandate,” Guterres responded, adding that the “idea, intention or will to destroy the state of Israel is something totally unacceptable from my perspective.”

Netanyahu also called upon Gutteres to “end the discrimination against Israel in some branches of your organisation”, an accusation shared by the US administration and frequently raised by US Ambassador to the UN Nicky Hayley who has promised to end it several times.

On Wednesday, two days after his meeting with Netanyahu, Gutteres called for Israel’s blockade against Gaza to end. It seems their meeting may not have gone as well as the Israeli president thought.

While it is dangerous to predict the future, I will take this risk today. As Netanyahu and Abbas prepare to address the UN General Assembly in September, we can read the signs from this week to guess what they will say.

Abbas will plead with the UN to bring decades of Palestinian of suffering to an end, halt illegal settlements and help protect the (non-existent) two-state solution. He is likely to be armed with a recent petition signed by thousands of Palestinian pupils calling on Gutteres and all defenders of human rights to intervene to protect them from Israel's daily violations which Palestinians have endured for 50 years.

Abbas may ask for the UN to recognise the state of Palestine and may also indicate that if the peace process fails, he will be left with no options but to head to the International Criminal Court.

Netanyahu, on the other hand, may focus on the unfair criticism of Israel, on the real issues as he sees them - which amount to Israel’s self-defined and elastic-security needs. He will talk about the threats from Iran in Syria and Hezbollah in Lebanon, the failure of the UNIFIL to do its job and the need to rearticulate its mandate.

He will laud the growing "under the table" relations with key Arab countries which share his concerns about Iran, but he will still portray Israel as the victim, not the Palestinians.

It seems that the ultimate deal President Trump seeks is a long way off and, any peace initiative, when it comes, will be biased in Israel’s favour.

Israel will continue to colonise and the Palestinians will continue to suffer a lack of peace or hope for the current and the next generation, neither of which will bring Israel any security.

- Kamel Hawwash is a British-Palestinian engineering professor based at the University of Birmingham and a longstanding campaigner for justice, especially for the Palestinian people. He is vice chair of the British Palestinian Policy Council (BPPC) and a member of the Executive Committee of the Palestine Solidarity Campaign (PSC).  He appears regularly in the media as commentator on Middle East issues. He runs a blog at www.kamelhawwash.com and tweets at @kamelhawwash. He writes here in a personal capacity.

Photo: US President Donald Trump and Israel's Prime Minister Benjamin Netanyahu wave after delivering a speech at the Israel Museum in Jerusalem 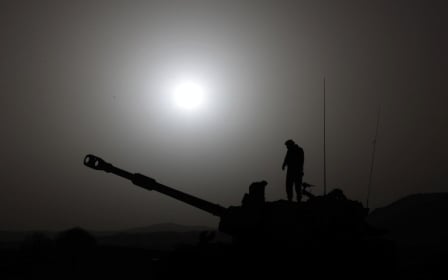 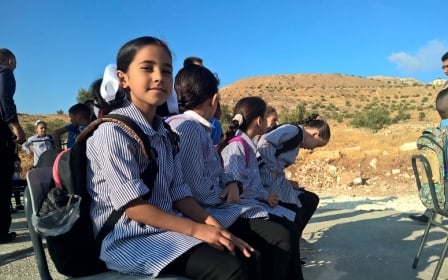