Tulsa massacre: Why we need to remember the darkest chapters of US history

Hamid Dabashi
Without the whole world paying close attention to such crimes, the very idea of our humanity is at risk The New York Times recently published an opinion piece by veteran Hollywood actor Tom Hanks, a much-beloved figure to millions of his fans, about the Tulsa massacre. It was an odd, but nonetheless poignant piece - heartfelt, genuine and appealing to the good intentions of fair-minded Americans to get to know the darker sides of their homeland.

Hanks starts his essay by telling readers he is a "lay historian" who talks a lot at dinner parties about the riddles of American history, but, still, he confesses: "For all my study, I never read a page of any school history book about how, in 1921, a mob of white people burned down a place called Black Wall Street, killed as many as 300 of its Black citizens and displaced thousands of Black Americans who lived in Tulsa, Okla."

What has gone wrong in the American educational system that he would have been denied such an iconic piece of historical literacy?

The significance of his essay is not just in the simple fact that the overwhelming majority of Americans get their versions of history from places such as Hollywood. It is also in the fact that he writes as a "lay historian" - namely, someone who actually reads books, albeit popular histories, but still books, as opposed to Facebook pages, tweets and the like.

Famous Hollywood actor or not, Hanks writes as an educated American: fair-minded, liberal in his politics, caring for the wellbeing of his homeland, conversant, erudite, curious and engaged. So why would he not know about the Tulsa massacre?

What has gone wrong in the American educational system that he would have been denied such an iconic piece of historical literacy, which would have significantly altered his reading of the rest of the country’s history?

The Tulsa race massacre took place between 31 May and 1 June 1921, when armed mobs of white people attacked Black residents and destroyed homes and businesses in the Greenwood District of Tulsa, Oklahoma.

The massacre is not exactly a secret of the country’s history. Scholars such as the late Howard Zinn were particular in detailing the hidden horrors of American history, including the Tulsa massacre. In his widely popular A People’s History of the United States (1980), Zinn gave an entirely iconoclastic version of US history, concentrating on the factual but forgotten violence at the root of the American republic.

Many other scholars have closely examined the massacre. Tim Madigan’s seminal book The Burning (2001) is a solid piece of scholarship and a compelling narrative detailing the massacre.

The kind of historiography that Zinn and scores of other American historians represent is akin to what emerged in India as “Subaltern Studies” - paying detailed attention to the unwritten, or else forgotten, events in history, and requiring a serious reconsideration of both the archival and the analytical tools for deciphering the past.

There is a serious gap between the body of scholarship produced on the detailed minutiae of American history - particularly the stories of Native Americans and African Americans - and what makes it to popular venues such as Hollywood, or the US educational system.

That educational system is itself under systematic attack by white supremacists, who dismiss all critical thinking as “woke culture” or “cancel culture” - as they did with the term “multiculturalism” just a few years earlier -  and thus demonise and dismiss the underlying critical thinking.

Right now, even the idea of “critical race theory”, the systematic study of racism in the US, has become a subject of ignorant attack by reactionary propagandists and politicians determined to sustain a white-supremacist mythology of the American past.

American history is not just American history; no national history ever is. It is part and parcel of world history. Because of the enormous power of the US in world politics - not by virtue of any moral authority, but by virtue of its sheer destructive power that is always globally on display - this history requires a critical assessment far beyond American borders. Crimes such as these, or war crimes such as Israel’s slaughter of Palestinians or the Saudi-Emirati genocidal attacks on Yemen, are not only important to African Americans, Iraqis, Palestinians or Yemenis. As Israel is being held accountable at the International Criminal Court (ICC), so must be the US and China, and any other country responsible for crimes against humanity.

The terrors that the Catholic Church and successive US and Canadian governments have perpetrated against indigenous peoples, through systems such as residential schools, are of the same magnitude. These are crimes against the whole of humanity. Without the whole world paying close attention to them, the very idea of our humanity is at risk of wanton cruelties of an identical nature, but from a different angle.

For any criminal atrocity that happens anywhere in the world, the perpetrators must be made fully aware that the whole world is watching them.

For this very reason, in 1964, Malcolm X proposed taking the case of the injustices systematically perpetrated against African Americans to the UN. According to the New York Times: “The Black Nationalist leader started his campaign July 17 in Cairo, where the 33 heads of independent African states held their second meeting since the Organization of African Unity was founded in Addis Ababa 14 months ago.”

Ideas such as the Russell Tribunal, named after the prominent British philosopher Bertrand Russell, or institutions such as the ICC, alongside historical precedents such as the Nuremberg Trials, all point to ways that such crimes against humanity have been brought to global attention, if not to justice.

Everyone from reactionary racists to liberal Hollywood personalities may oppose or advocate for a more critical assessment of American history. But countries such as the US, Israel, China, Saudi Arabia and the UAE have not just committed crimes against one people or another; they have inflicted wounds on the very idea of our humanity, and they must be held accountable.

The world must know about the Tulsa race massacre of 1921 in the US, just as it must know about the genocide the Belgians committed in Congo under Leopold II, or what the Germans did to Jews in Europe, or the French did in Africa, the Italians in Libya, or the British in India. There is a structural link between the domestic and foreign acts of mass violence perpetrated by countries such as the US, or its European allies, or its Russian and Chinese nemeses.

The crimes against humanity underlying such atrocities defy all ideological formations and political positions. Something far more precious is being lost at the very heart of the suffering: our shared humanity. 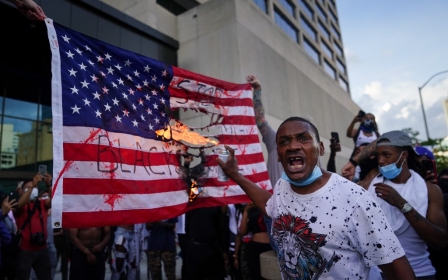 US Protests
What US protests reveal about 'American exceptionalism'
Michael Arnold 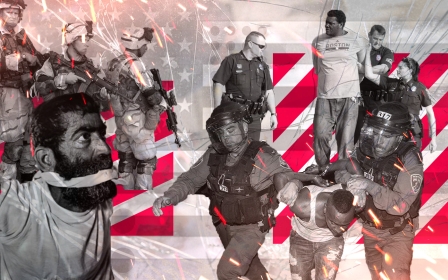