War in Yemen: Why the UK should chair peace talks

Andrew Mitchell
There needs to be an immediate ceasefire and Saudi-Yemeni talks - the current siege and UK-backed military strategy is failing, as I saw in Yemen 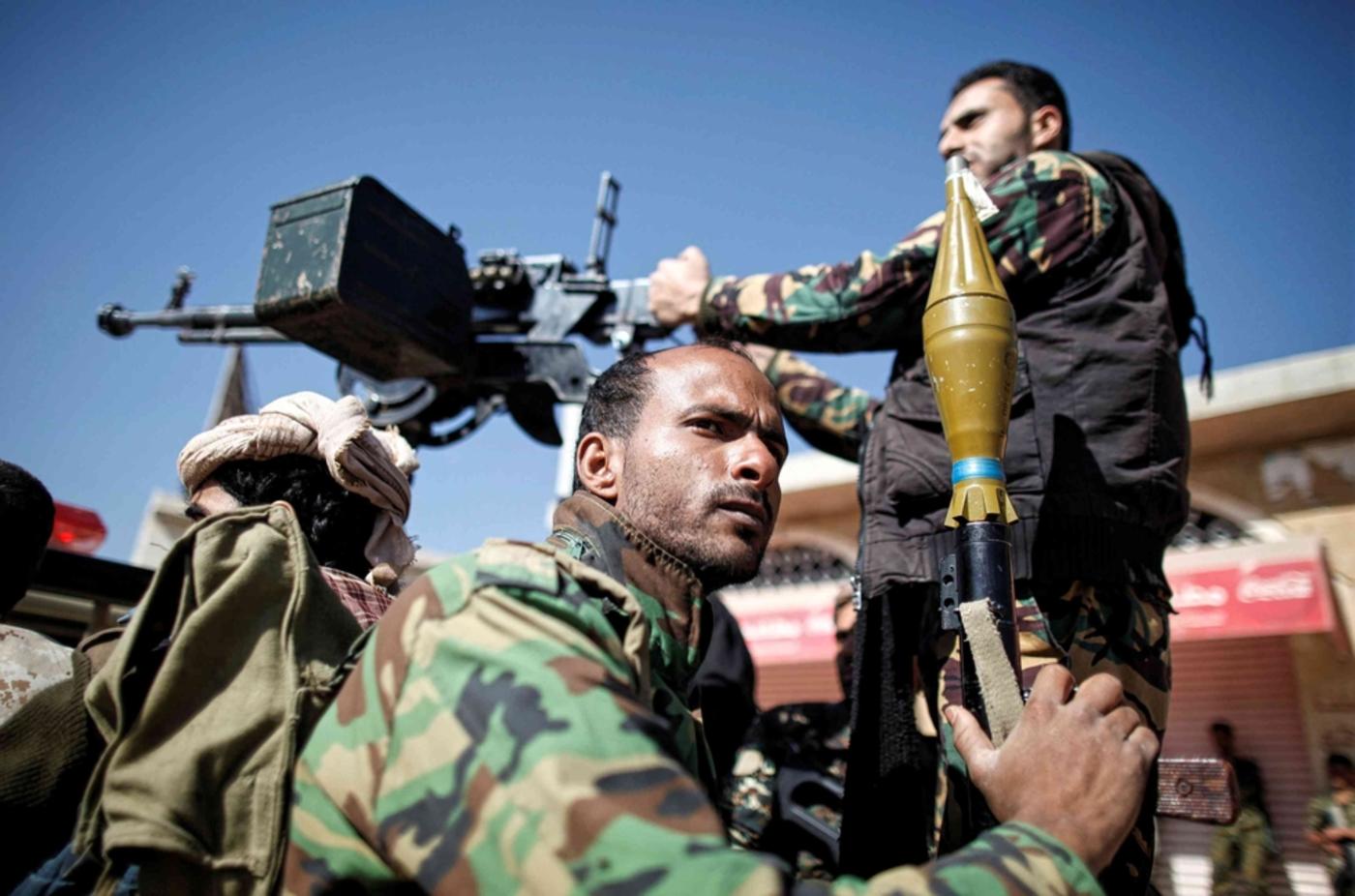 Visiting Saada in north-west Yemen last week, the destruction was everywhere. The town’s 800-year old mosque – neither Shia nor Sunni - destroyed from the air; the administrative centre, from which the governor had been improving local governance, reduced to rubble along with his official residence next door.

I visited a primary school where the worrying inconsistency of British policy over Yemen was on display. The headmaster showed me the remains of British and American munitions which, he said, had destroyed his school.

As they pick their way through the rubble of unexploded ordnance, there is a certain irony that the team working to defuse and make safe these munitions is led by a former British army officer and funded by the British taxpayer.

But within the grounds were tents as classrooms and text books largely paid for by the British taxpayer. The children came resolutely alive as they chanted anti-Saudi and anti-American slogans; another generation of hatred spawned among today’s Yemeni young.

Posters around the city in Arabic and in English said: 'British and American bombs are killing Yemeni people'

Nearby I gingerly negotiated the rubble and fallen masonry of a bombed home and met one of the three survivors from a family of 27 who perished in a recent air attack. The family were not political activists but prosperous local hairdressers. Posters around the city in Arabic and in English said “British and American bombs are killing Yemeni people.”

In a nearby hospital, from which MSF (Doctors Without Borders) has withdrawn because of the dangers to their staff, I visited a ward coping with malnutrition – in my experience, one of the most upsetting but uplifting locations one can visit. A doctor working there quietly whispered to me that the British taxpayer was funding it.

This is the uncomfortable reality we British are facing: Yemen is a country where residual respect and liking for the British – earned down the generations – remains surprisingly strong. Oxfam and the United Nations are carrying out extraordinary humanitarian work funded by British taxpayers. Indeed, this activity is part of the answer to the current negative campaign against aid being waged by elements of the British media. It is saving lives and bringing hope to Yemeni people caught up in wretched circumstances.

We are supporting the military action of our close ally and friend Saudi Arabia. It is undoubtedly true that Saudi Arabia has wholly legitimate security interests which have been attacked from Yemen.

We should be wary of demonising the Houthis and branding them as owned by Iran. They are not

But the Saudi government and its allies, supported by United Nations Security Council Resolution 2216, are effectively besieging a sovereign country. Blockaded by land, sea and air, Yemenis are not so much starving as being starved: a famine looms. Already millions of Yemenis face starvation. The United Nations say 86 percent of the 27 million population require food assistance.

These uncomfortable realities for Britain are at their most stark when we consider Hodeida, which is on the Red Sea. Yemen imports 90 percent of its food. Eighty percent of all its imports come into the country through the port. Britain and experts from the British Department for International Development (DFID) are desperately seeking to get food and medicines, as well as other essential supplies, into Hodeida. And yet the coalition, of which we are a part, have bombed the port and destroyed the five cranes which are essential for the speedy unloading of shipping which arrives there.

READ: The fake news the UK government has fed us about Yemen

The tragedy for the Saudis is that they are pursuing a policy which is likely to defeat the very objectives which they are trying to secure. In Britain, we have learned the hard way that you cannot control the ground below from the air.

The appetite of members of the Saudi coalition to engage in Yemen will be greatly exceeded by the staying power of Yemen’s indigenous forces on the ground. These disparate Yemeni forces are united by hostility to Riyadh’s actions and now control most of the country.

Indeed, the internationally approved president of Yemen, Abd Rabbuh Mansour Hadi, is the only leader I have ever come across who has to make an official visit to his own country. He moves between a hotel in Riyadh and the naval vessel kindly donated by the Emiraties which cruises off the coast of Aden. 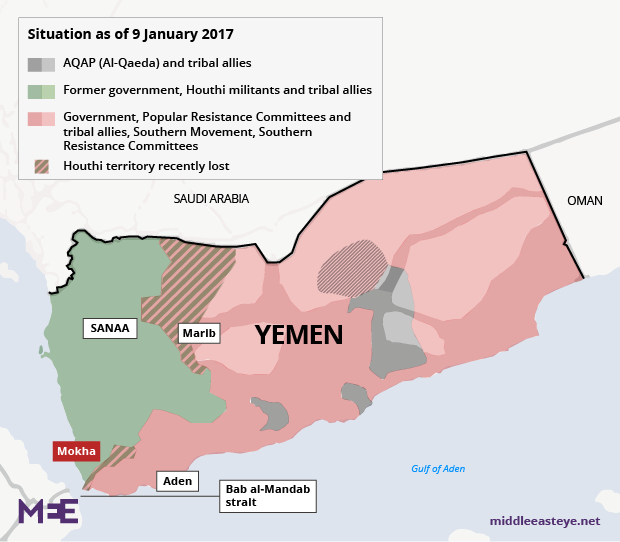 The Houthi forces now in control of Sanaa – with support from the General People's Congress, the former party of ex-president Ali Abdullah Saleh - have brought peace and stability to the capital and show signs of gaining significant public support as they at least tackle elements of corruption.

We should be wary of demonising the Houthis and branding them as owned by Iran. They are not. The violence I witnessed in Sanaa came from the air, with multiple Saudi bombing runs each night I was there. Whatever the rights and wrongs of the situation, the Saudi coalition is almost certainly destined to fail.

Britain has a role to assume

So what is to be done? We need an immediate ceasefire and Saudi-Yemeni negotiations. We need a replacement for the United Nations Council Resolution 2216. On Yemen, Britain holds the pen at the UN.

Of course this will all be extremely difficult. But in my discussions with Saleh, with the Houthi president, Abdullah As Samad, and with their canny foreign minister, Hisham Abdallah, two key points were made.

The first is that the Houthi-GPC alliance, despite British support for the Saudi position, will accept Britain chairing and mediating any Yemeni-Saudi negotiations within a UN structure. Indeed, such are the deep historic links of this region with Britain that our participation is sought.

READ: The world needs to wake up to the calamity in Yemen

Secondly, if there is a ceasefire then the Houthis will undertake to withdraw their forces and weapons from the Saudi border areas and accept a 20-kilometre demilitarised zone within Yemen.

Are the Houthis serious? Their sincerity should, at the least, be tested. If a Saudi-Yemeni ceasefire can be achieved then the really difficult task of all-party Yemeni talks would follow, with the urgent requirement for an inclusive bottom-up, not top-down, Yemeni process.

Such a process would have to recognise the tribal and governate structures essential to any understanding of Yemeni politics.

Of course, it may be that Brexit is too all consuming to allow Britain to play the role which our historic position equips us to assume. But the continuing failure to bring peace to Yemen will not only blight the lives and prospects of a proud country of 27 million people, it will also radicalise another generation of youngsters who should be in school learning life skills, instead of internalising their hatred of their neighbours and of the United States and Britain.

Andrew Mitchell MP was the British secretary of state for international development (2010-2012) and government chief whip. He is the member of parliament for Royal Sutton Coldfield and a fellow at the politics faculty of Cambridge University.

Photo: Newly recruited resistance fighters in Sanaa ride on the back of a truck during a farewell ceremony as they head to the battlefront to fight against government forces in January 2017 (Reuters)