What is the US endgame in Syria?

Samer Abboud
If the US occupation of Syria cannot change the battlefield, protect its allies, or alter the policies of regional states, then what objectives can it achieve? 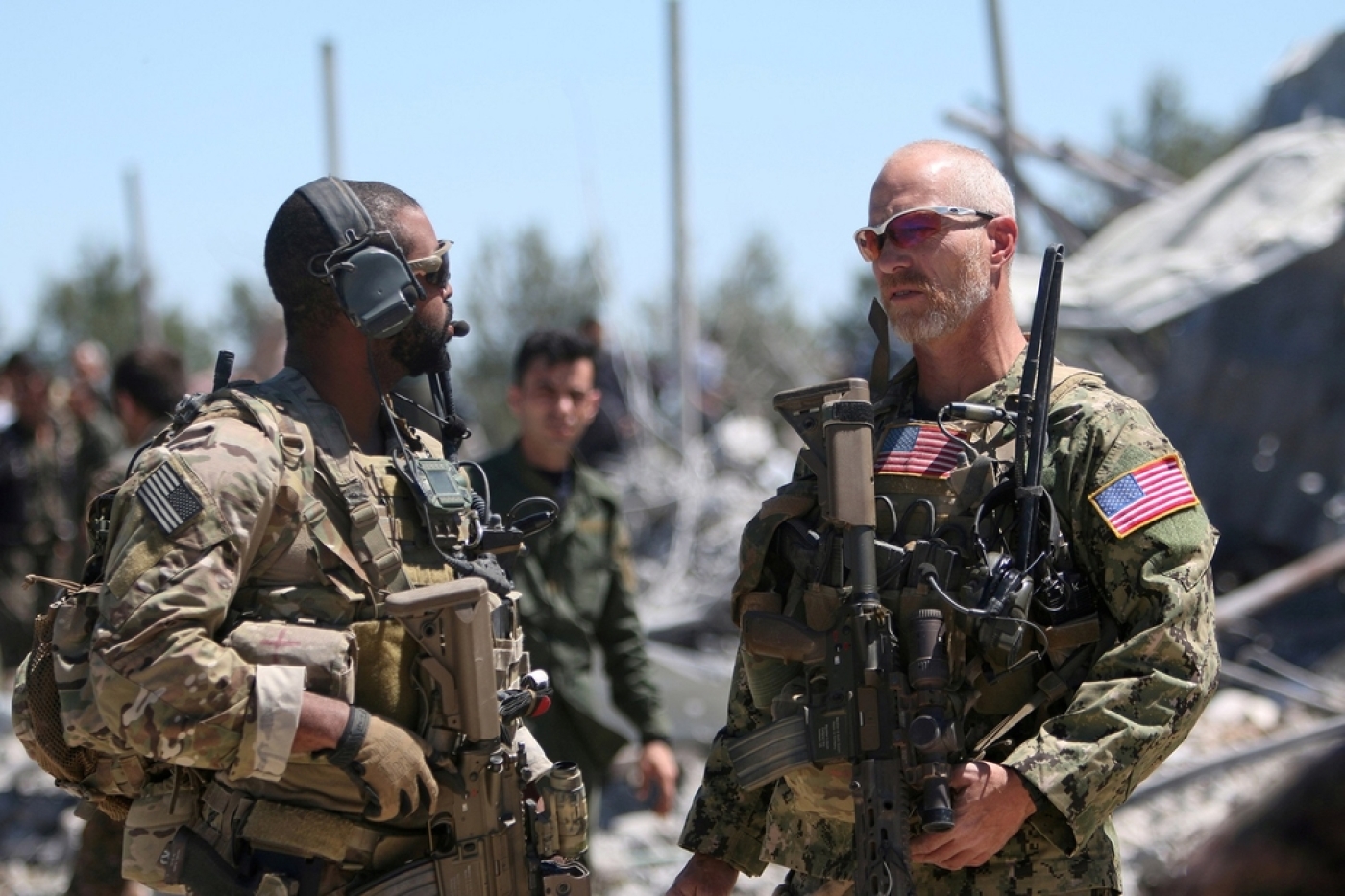 Those in the US foreign policy establishment that had long clamoured for clarity and vision to the American role in Syria finally had their wish fulfilled last week when Secretary of State Rex Tillerson outlined US policy in Syria.

Tillerson's speech was effectively a declaration of intent to occupy Syria, an open-ended military commitment ostensibly to eliminate Islamic State remnants, contain Iranian expansionism in the region, and ensure regime change, the latter which the US has never seemed very interested in.

These three goals are not novel and have long provided the public justification for US engagement in Syria. What is new, however, is the acknowledgement of a serious military commitment to stay in Syria that is, for all intents and purposes, unconditional and permanent.

The US has successfully slithered its way into Syria and established a permanent military presence in a changing and often vacuous battlefield.

The US has made a military commitment to Syria that is, in effect, an occupation

The commitment to a Syria occupation may have been made out of convenience, ineptitude, a failure to imagine alternatives, the appetite of the domestic war machine, or all of the above, but what is certain is that getting out of the Syrian situation will unlikely be easier than getting in.

Having resuscitated the "Shia crescent" boogeyman by referring to Iranian influence over Syria's "northern arch", Tillerson is situating US policy squarely within a pre-existing regional framework in which a coalition of Arab countries, led by Saudi Arabia, and Israel, have found commonality in an Iranian enemy.

The US occupation of Syria is the spearhead of this coalition, and while there may be divergences between the parties on the specifics of policies or alliances on the ground, there will be continuity wrought by the common Iranian threat.

The US has thus assumed the mantle as the main force of this alliance.

The real question is the extent to which the new policy declaration, and the occupation itself, will be effectual on the ground. Military and political jockeying between Turkey, Russia, the Syrian regime, and various Syrian Kurdish groups in the Democratic Federation of Northern Syria (DFNS) areas is one obvious indicator of Washington's inability to shape battlefield realities.

Turkey's ongoing invasion of Afrin, combined with its other military manoeuvres in Syria, seemingly undermine US efforts to shore up elements of the Syrian Kurdish groups. Yet the US has stood idly by as the Turkish invasion began.

Notwithstanding some boisterous opposition to the invasion, the US has been completely incapable of redirecting Turkish policy in Syria.

In fact, Turkish leaders, among them President Recep Tayyib Erdogan, have publicly criticised US policy and have used the Afrin operation to sever military ties between the US and Syrian Kurdish forces.

And while there are certainly differences between Turkey and other regional players, the Astana process has provided a meaningful framework for conflict mediation between Turkey, Iran and Russia, to pursue their policies in Syria.

On the Syrian-Kurdish issue and so many other political questions, there is consensus between the tripartite powers while the US remains alone in its vision for the country.

If it is the case that the US is incapable of driving a serious wedge between the tripartite powers through support of Syrian-Kurdish elements, then a pressing question is: how will these powers respond to the US's indefinite occupation of Syria?

A military option is seriously unlikely, and the professed political commitment of the US to the United Nations-led Geneva process is totally at odds with the political commitments of the tripartite powers and the Syrian regime to negotiate a peace deal beyond UN auspices.

It is unlikely, at this stage of the conflict, that either party would recommit to another political process.

What appears to be emerging then in Syria is a new military stalemate, not one in which battlefield control seesaws between various armed groups, but one in which regional powers negotiate their respective geographic enclaves and red lines.

Confrontation between the major military powers in Syria is seriously unlikely, so the question becomes how the Russian, Turkish and American military presence can co-exist.

US policy is based simply on presence and the mistaken assumption that military posturing can achieve objectives. But this is a very dangerous assumption in Syria, which is neither Afghanistan nor Iraq, where the Americans have enjoyed military supremacy and effective control over various political elements in both countries.

Syria is quite the opposite, in fact.

The incumbent regime is not dependent on US support, and a political transition – a key US goal – is unlikely to bring about political elements favourable to US interests. Meanwhile, the US has demonstrated over the last few days that it is wholly incapable of protecting armed groups it supports from a full-scale assault from the Turkish army.

If the US occupation cannot change the battlefield, protect its allies, or alter the policies of regional states, then what objectives can it achieve?

The answer to this question may not yet exist, and Tillerson's speech made it clear that a level of strategic ambiguity can be an end in itself. Either way, the US has made a military commitment to Syria that is, in effect, an occupation.

Yet, it is an occupation that is limited, contained, and, for military and political purposes, paralysed.

- Samer Abboud is an Associate Professor of International Studies at Arcadeia University and the author of Syria (Polity). He is currently a Visiting Scholar at Villanova University's Centre for Arab and Islamic Studies.