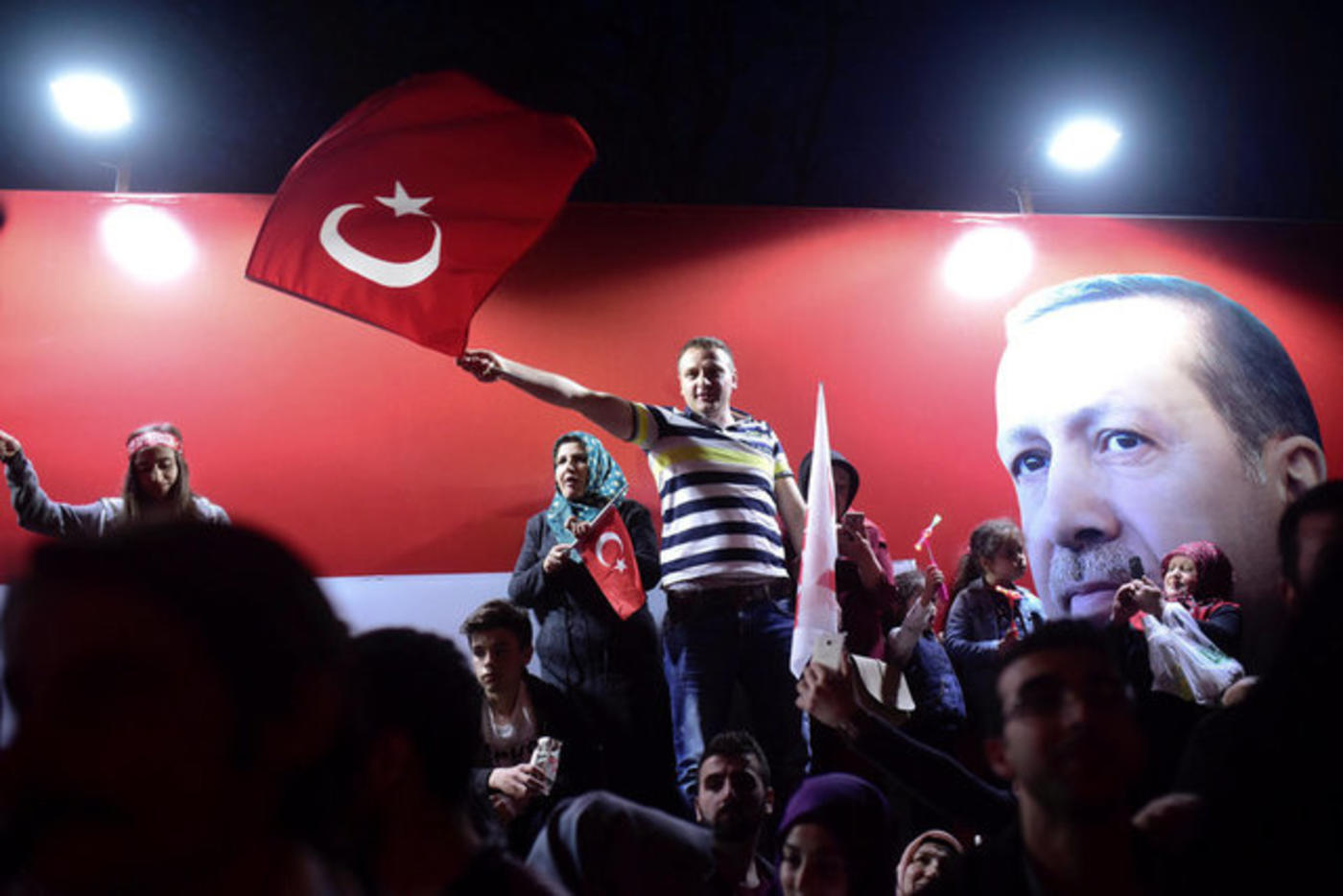 When Turkey's powerful president, Recep Tayyip Erdogan, announced on Wednesday that he had decided to hold new elections on 24 June, 17 months ahead of schedule, there were cries of surprise from MPs in his party watching the broadcast.

In a few days they will be rushing through legislation needed for the poll which they had no idea was coming.

For several months commentators have been speculating that Turkey might hold early general and presidential elections simultaneously. Government ministers close to the ruling Justice and Development Party (AKP) have been completely firm in pledging that this would not happen.

The elections are intended to be the culmination of Turkey's transition from a parliamentary democracy to a new streamlined presidential regime in which the Grand National Assembly will be very much the junior partner in power. The original date of the election, 3 November 2019, would have allowed plenty of time to adapt institutions and legislation along the way.

President Erdogan, who has always dismissed the idea of early elections in the past, acknowledged that it was something of a U-turn

Now it will be a rush. The transition to the new political system will have to be speeded up and Turkey’s rather cumbersome election administrative procedures crammed into just 65 days. So why has the change been made?

According to analysts, it came after Erdogan's staunch ally, Devlet Bahceli, leader of the far-right Nationalist Action (MHP), called for it, though his proposed date in late August, the anniversary of the Turkish defeat of the Byzantines, was rejected. Despite denials, it looks as if Bahceli may have been acting on a tip-off.

Erdogan, who has always dismissed the idea of early elections in the past, acknowledged that it was something of a U-turn. He stated that he had decided on it because of the various cross-border military operations which Turkey is involved in in Syria and Iraq and because of the seriousness of the international situation.

The Turkish prime minister, Binali Yildirim, also repeated that "geopolitical concerns" were behind the decision.

News of the June election was greeted with instant claims from the opposition parties that the government is panicking. However, it is rather that the Turkish opposition's stand is very weak with the AKP about 20 points ahead in the opinion polls.

The Turkish opposition's claims that the government is rushing to the polls because it is fearful of economic deterioration are probably over-done, but with the Turkish Lira falling very sharply against other currencies in recent weeks, a rapid election campaign will mean that handouts to woo voters will be relatively limited.

The country holds its breath, waiting to see what will happen. The result is virtually certain to be more personal power for the president

Another factor prompting the decision is that the AKP may want to head off a possible challenge from a newly formed conservative opposition group, the Good Party, headed by a redoubtable politician, Meral Aksener. Turkey’s cumbersome election law bans parties from participating in elections until six months have elapsed since their inaugural party congress or they have a group in parliament.

The Good Party is too small to have a group and it announced this week that it would qualify to contest elections from 28 June, so Erdogan’s choice of a date four days earlier hardly looks coincidental. However, the president of Turkey's High Electoral Board said that he himself does not know yet whether the Good Party can run.

The Good Party can qualify either by "borrowing" members from other opposition parties and forming a parliamentary group or perhaps by doing a deal with another small rightwing established party to field its candidates on that party's list: though this would be an obvious handicap.

Aksener has declared that she will run against Erdogan for president and has started to collect the 100,000 notarised nominations required to do so. Though Erdogan is still far ahead of all other possible candidates (Aksener is the only major candidate so far to be declared), opinion polls suggest that his support may be under the 50 percent required to win on the first ballot. If that was the case, all shades of opposition would be likely to rally together behind Aksener, possibly giving her the advantage.

But things will probably not get that far. The chances are that Erdogan will win on the first round. Opinion polls in Turkey tend to reflect the loyalties of their owners, but one pro-AKP poll, which proved a good guide in 2015, gives Erdogan 55 percent thanks to the MHP alliance.

Aksener is going to be weakened further still if Kemal Kilicdaroglu, leader of the centre-left Republican Peoples party, keeps his promise to run for presidential elections. As a secular left-of-centre figure, and a member of Turkey's Alevi religious minority to boot, he appears unelectable in a strongly conservative mostly Sunni country and the effect of his candidacy will be to undermine the opposition as a whole.

Nevertheless because there is a chance that the next elections could still be a photo-finish, the AKP has set up an electoral alliance with Bahceli and the much smaller MHP to ensure that the latter does not fall foul of Turkey's requirement that parties must get 10 percent of the national votes.

In return, MHP votes on the presidency should go to Erdogan and carry him across the 50 percent mark.

However, the pact is somewhat unpopular with the AKP provincial organisations who may resent effectively giving up seats in parliament to the MHP, even if it has a very poor electoral showing. The pact may also mean that future AKP governments have to rely on the deal with MHP MPs continuing in order to maintain their majority.

However there will be no prime minister in the new system and ministers will be chiefly responsible to the president rather than parliament so this may not matter very much. Turkey’s last elections in 2015 were bitter, tense, and disfigured by explosions and even some deaths.

The contest, which many will see as the last gasp of the parliamentary constitutional system in the country, maybe even more ferocious this time. The country holds its breath, waiting to see what will happen. The result is virtually certain to be more personal power for the president. Turkey Politics
Will Erdogan do a deal with Assad to end Syria standoff?
Kamal Alam