Where are Algeria's Islamists?

François Burgat
As the country moves towards a political transition, Islamists will inevitably remain part of the political scene 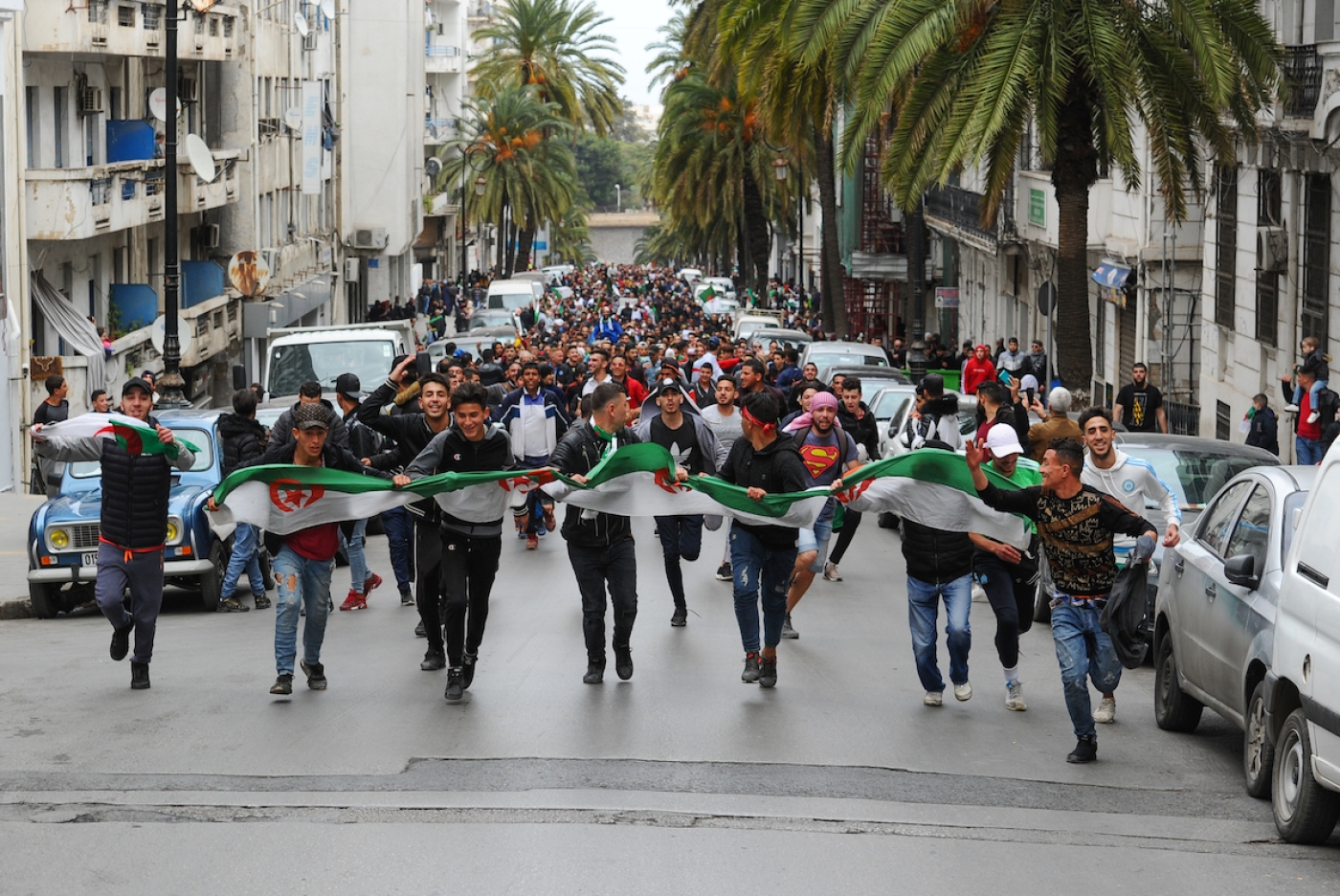 The oft-repeated myth about the disappearance of Islamists, and about their incompatibility with democratic transitions, can only be described as wishful thinking by many Western observers.

Are Algeria's Islamists "plotting something", as writer Boualem Sansal complacently "explains" to us, or as Laurent Wauquiez and others, out of political calculations, claim to fear?

Is there actually a risk that the Islamists could hijack Algeria’s gigantic popular demonstrations Or have they disappeared for good from the political scene and now belong "to the past", as many other analysts have already concluded, on the sole basis that "from Oran to Constantine", they haven’t heard "a single Islamist slogan"?

Is there actually a risk that the Islamists could hijack Algeria’s gigantic popular demonstrations?

Before trying to respond calmly to these questions, we need to deconstruct their main presuppositions.

Are there no Islamists in the demonstrations that have been taking place in Algeria since 22 February?

As soon as one evokes Islamist movements, the exclusive use of the lexicon of discrimination confirms - although this is hardly surprising - that for the overwhelming majority of political observers, but also for the regime’s spokespersons and cultural agents, the status of those Islamists, who in 1991 won the only electoral victory in independent Algeria, is necessarily negative.

To show that Islamists were in a position to "hijack" the protests, one would first need to demonstrate that they have remained alien to the rest of the population that participated in these powerful protests - miraculously absent from the human waves of Algerians of all ages and walks of life, who have relentlessly taken to the streets of all cities and villages, big and small, throughout the country.

However, nothing is less certain than this assumption about the Islamists' absence. For the assumption to be truthful, one would also need to prove that the Islamists have somehow remained immune from being fed up with the longevity of an Algerian regime that seems so entrenched as to be indestructible.

One would therefore need to forget that it has been through the bloody repression of Algeria's Islamists, who claimed power legally after their electoral victories of 1990 and 1991, that this regime, initially founded on the victorious anti-colonial struggle of the 1960s, was able to durably "rejuvenate" itself and stay in power for the three decades to come.

Nothing is less certain than this assumption about the Islamists' absence

Let us remember that the pacifist nature of the current demonstrations, which observers naively praise as though it was something unseen in Algeria’s contemporary history, is actually nothing new.

No matter how tense the electoral campaigns of that period were, and how deep the fracture between the Islamic Salvation Front (FIS) and those the FIS pejoratively described as "Hizb Franca" (the party of France), it is not through armed struggle and violence that the 1991 regime opponents came close to reaching power, but through the democratic ballot box.

Where does this recurrent inability of northern Mediterranean countries to understand the full scope of political mobilisation south of the Mediterranean come from? The analytical blind spots of the Western outlook with regards to such events are nothing new.

Western analysts appear unable to understand that, just like the first Egyptian and Tunisian popular uprisings of 2011, the 2019 tidal wave of Algerian protests is not based on the initiatives of established political forces.

In order to preserve their political existence, these formations - including, of course, the Islamist Hamas of the late Mahfoud Nahnah - had to compromise themselves with the regime, to such an extent that they become totally discredited and lost all credibility as opposition forces, save for a few individuals, such as the historic co-leader of the Islamic Salvation Front, Ali Belhadj, who from Algiers unflinchingly continues to confront a regime whose police have repeatedly persecuted him.

Other opponents of all political stripes were forced into exile after refusing the hypocritical and false "national reconciliation".

However, a credible Algerian opposition is currently being forged, as exemplified by the Rachad movement. But of course, there is no evidence that allows us to claim - especially since this gross confusion has already occurred in the case of Tunisia - that all the 2019 protesters either reject or are indifferent to Islamism in its various trends.

So how can we explain that "from Algiers to Oran no Islamist slogan has been heard", as repeated by so many observers - who, in that respect, are perfectly right?

The problem is not in the observation itself, but in the observers' intellectual "tool box", which contains only the caricatured notions of a vulgar anti-Islamism that is as simplistic and short-sighted as it is misleading. 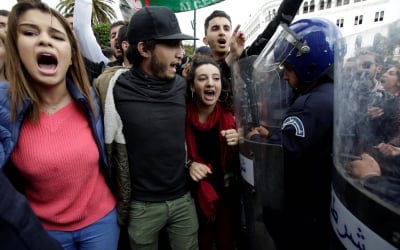 This fixation on "Islamists" by the vast majority of Western commentators comes with a price: that of self-intoxication and, incidentally, the intoxication of their audiences, whom they mislead.

And this is the second, even more insidious, analytical blindspot: the censorship - often self-censorship - of the notion that Islamists may possibly have claims and goals other than purely "religious" ones.

Yet, especially in this consensual historical moment of degagisme, the various types of Islamists - and there are many - have no reason to dissociate themselves from the mass protests, whose objectives, such as preventing a fifth term for President Abdelaziz Bouteflika or ending this exhausted and corrupt system, are unanimous among Algerians.

So, what will be the place of Islamists in tomorrow’s Algeria?

If it ever reaches its goals - which is far from obvious, given Bouteflika's false concessions and his veritable constitutional coup de force - the anti-regime protests will inevitably be followed by the difficult process of redistributing the remains of the regime.

All evidence suggests that the Islamists will remain part of the political process and resist the myth ... about their 'defeat' or extinction

There will then be no more national unanimity, since the vote will be split between the various political programmes of competing candidates.

But this does not mean that the Islamists will acquire a new visibility and political presence through "religious" slogans and programmes, since their horizons, goals and ambitions are not limited to just that, including on the cultural terrain.

In tomorrow’s pluralist, diverse Algeria, what will be the place of the Islamist movement, which for a while was represented by Belhadj and his dogmatic intransigence, but also by Abdelkader Hachami, another founding member of the FIS, who was assassinated by the junta in 1999 so they would not have to deal with the many constructive nuances and strands of his strict legalism?

As previously noted, Islamists won the first two free elections in Algeria’s history. Their popularity later became even more obvious in neighbouring countries, regardless of their respective political scenes. In both Tunisia and Egypt, the first elections that followed the Arab Spring confirmed the ubiquitous diversity of the movement.

More recently, the same happened in Lebanon, Tunisia (the May 2018 local elections) and Iraq, regardless of their very different and diverse political configurations. In fact, nowhere has an alternative, clearly "post-Islamist" movement appeared that could signal the replacement of this generation.

So what will be its place and role in tomorrow’s Algerian electoral landscape? At this point, it is premature to draw definitive conclusions. But all evidence suggests that the Islamists will remain part of the political process and resist the myth, regularly invoked during the past four decades, about their "defeat” or extinction - especially in a country whose colonial deculturation has created a fertile terrain for the rise of Islamism. 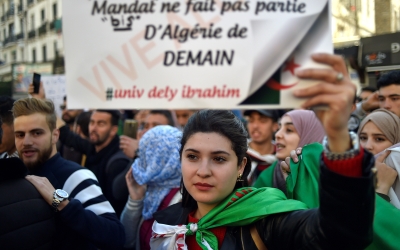 For the moment, neither the myth of their elimination nor that of their necessary incompatibility with the democratic transition appear to be viable.

This double impasse stems from the simplistic wishful thinking of Western observers, and by their fundamental inability to establish a rapport with political players other than the small number of their local informers, who tell them what they want to hear about the Islamists - exclusively negative things.

It is therefore obvious - and inevitable - that the Islamists will remain part of Algeria’s political scene. The only difference is that, in many respects, the Islamist trend in 2019 is different from that of 2012.

The question, therefore, is: what strand of this very large and diverse Islamist trend will be able to emerge, and what role will it play? This will partly depend on the conditions of the democratic transition, currently still in its inception. Algeria's Islamists are ready, more today than ever before, to participate.

This article originally appeared in the MEE French edition and was translated by Alain Gabon. 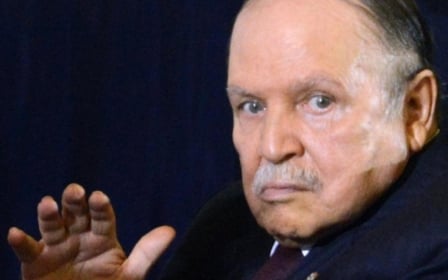 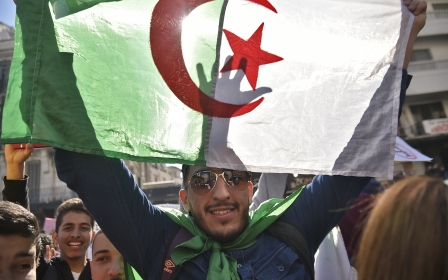