Why a Kurdish national state will fail

Basheer Nafi
Throughout the 20th century, peoples of the Middle East paid a heavy price for the illusions of nationalist projects that have been proven to be an utter failure with the passage of time 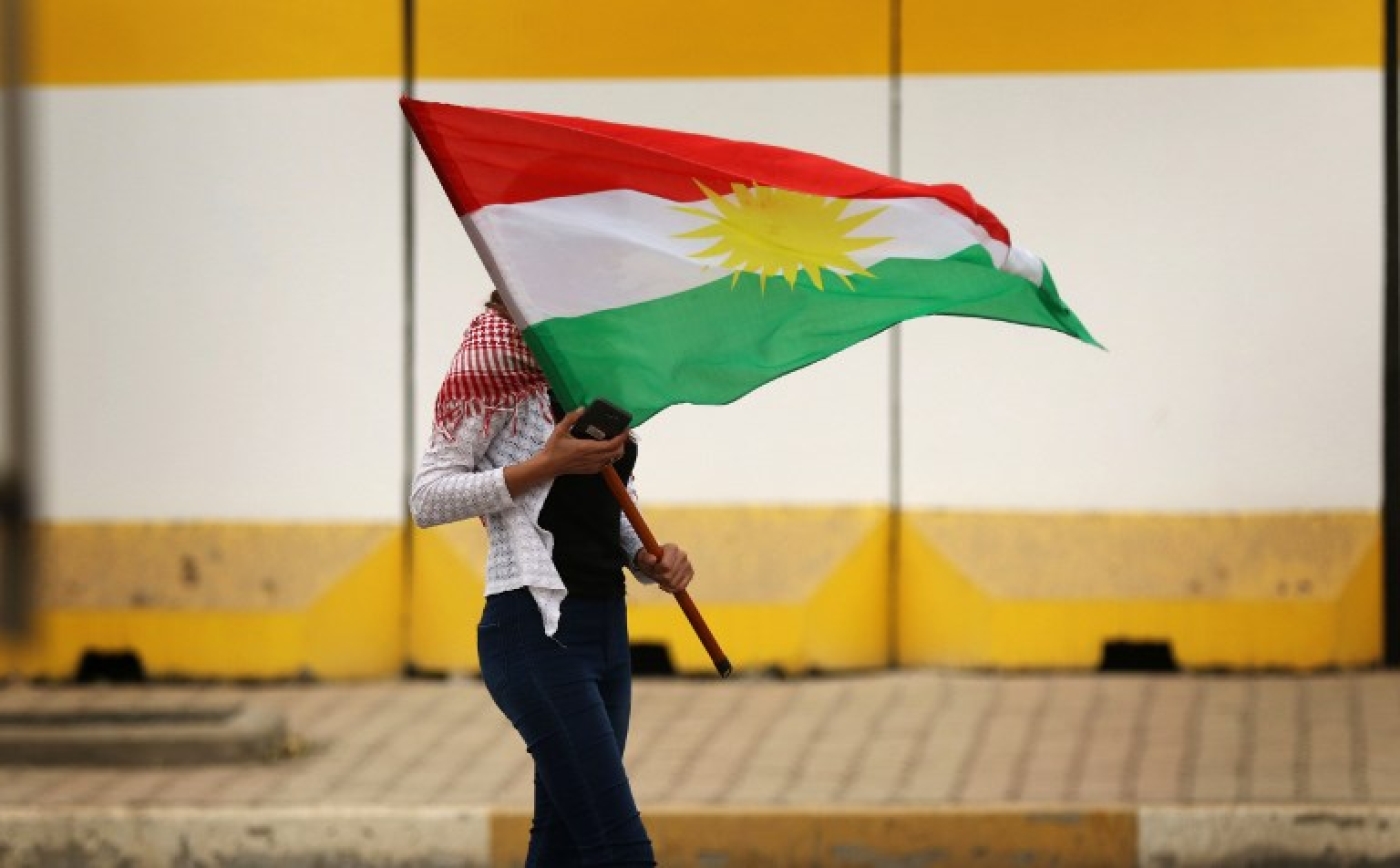 On one of the Kurdish nationalist websites, Diyarbakir is described as the main centre for Kurdish economics, culture and politics in Turkey. The website, whose mission is both political and educational, provides a brief history of the city, claiming its ancient Byzantine name, Amed, as a Kurdish name.

Yet the website completely ignores the city's Islamic history and its population fluctuations during the Ottoman period, which turned Diyarbakir into a Kurdish majority city. Today, Diyarbakir has a population of nearly one million people, three-quarters of them, according to Kurdish sources, speak Kurdish.

The thermometer of Kurdish nationalism

Although the size of its Kurdish population is not even close to one third of the Kurds of Istanbul, Diyarbakir occupies a prominent position in the sacred geography of radical Kurdish nationalists, who imagine a Kurdistan that extends from western Iran to the Mediterranean and from the Georgian-Turkish borders to the outskirts of Baghdad. 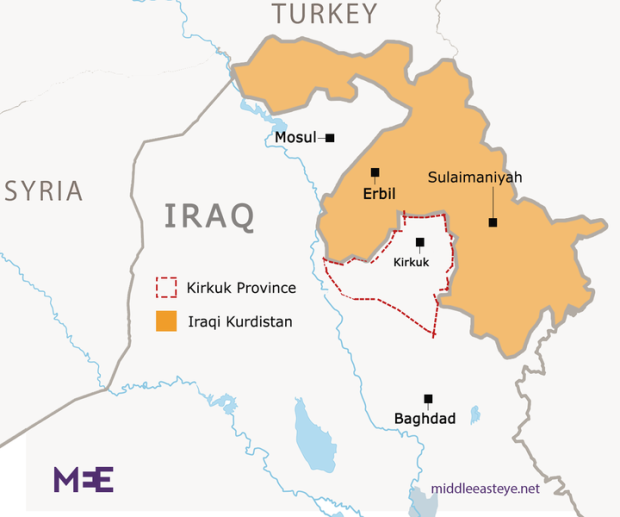 As a Byzantine city, Amed was an Assyrian-Christian religious centre, to which the Islamic conquest armies arrived in as early as the reign of the second caliph, Omar ibn Al-Khattab. The city, which occupied a vital position on the banks of the river Tigris, became one of Islam's main frontier outposts of the Arabian peninsular, soon after its fall to the Muslims.

Diyarbakir is not the sole city in the sacred Kurdish geography that did not acquire its Kurdish character until recently, and very recently indeed

To secure the extended Islamic frontiers against the Byzantines, the Umayyad rulers encouraged Arab tribes to settle throughout the Arabian Peninsula province, from the upstream of Tigris in the east to the Euphrates in the West.

Amed fell right at the heart of the area where the tribes of Bakr bin Wa’il were to settle. This is the reason behind the city's new name, Diyarbakir, or the land of Bakr. Other tribes from Rabi'a settled in the precincts of Mosul, while tribes from Mudar settled a little further to the west.

However, the Arab presence on the north-eastern frontiers of Islamdom started was to recede in the subsequent centuries, whether due to the decline of the Arabs' military power, because of the successive migrations of Turkman tribes, or due to the continued population displacements of the peoples of the Middle East.

During the 16th century, only seven out of 19 districts of the Ottoman province of Diyarbakir were designated Kurdish. By the second half of the 19th century, the Armenians and Assyrians represented the majority of Diyarbakir residents.

It was not until the eruption of the Kurdish-Armenian conflict in the Hamidian period (1876-1909), and the displacement of the Armenians during the First World War, that the Kurds became the majority of the city’s population.

Diyarbakir is not the sole city in the sacred Kurdish geography that did not acquire its Kurdish character until recently, and very recently indeed. Kirkuk grew as a Turkman city around the citadel where Turkish troops were deployed in the Islamic middle ages.

The city continued to have an absolute Turkman majority until the Iraq Petroleum Company started producing oil from the fields in the city's vicinities, and moved its headquarters from Tuz Khurmatu to Kirkuk in the 1930s.

For purely economic reasons, Kirkuk turned into a magnet, attracting Arab and Kurdish workers. The Iraqi 1957 census shows that Kirkuk was becoming a mixed Turkman, Kurdish and Arab city, although the Turkmans were still the biggest ethnic group among its residents.

Recently, a Kurdish leader did not hesitate to describe Kirkuk as "the Jerusalem of the Kurds", in a rather reckless attempt to elevate the dispute over the city to the level of the conflict over Palestine.

Just like Kirkuk, and despite the presence of the Kurds in the Syrian towns of Hasaka and Qamishli since the early Ottoman era, a significant proportion of north-eastern Syrian Kurds go back to two waves of Kurdish migration from the Turkish side of the borders.

The first wave resulted from the Kemalist state's repression in the aftermath of Shaykh Sai'd revolution in the mid-1920s, while the second was associated with the Dersim events of the late-1930s.

Amuda, which was described by the mufti of Baghdad, Abu Al-Thana Al-Alusi, in the travelogue of his famous journey to Istanbul in the mid-19th century as a small Arab Muslim town, is considered today a Kurdish city.

Yet, the Arab-Muslim town of Amuda was transformed by population movements into an Assyrian majority town in the early 20th century, and did not become a Kurdish majority city until after the Kurds expelled the Assyrians in 1937.

The Kurds were first mentioned by the early Islamic historians, such as Tabari, Baladhuri and Mas'udi, in their reports of the early Islamic conquests. They were described as pastoral tribes who dwelled in the mountainous region that is divided now between Iran, Iraq and Turkey.

The real struggle today is the struggle against the fanaticism of the nationalist state, the struggle to make it less exclusive, more embracing of the plurality of its peoples

During subsequent centuries, Kurds started to spread into the adjoining plains, whether under the impact of economic forces, wars, or the rise and fall of states.

Muslim leaders since the Zinkids and the Ayyubids have found the Kurds to be competent soldiers. Rukn al-Din district, or the Kurds' neighbourhood, in Damascus, goes all the way back to the early Ayyubid times. And just like other professional soldiers in the Islamic middle period, the Kurds were soon to occupy a prominent position in the military feudal system.

The battle for survival

Allegiance and rebellion of the Kurd aghas played an important role in the movement of Kurdish tribes during the Ottoman era. The Kurds of Afrin, for instance, settled in this north-western Syrian region in the 17th century in the aftermath of the failure of a Kurdish agha's rebellion against Istanbul's authority.

If the mountain tribes who were encountered by the early Muslim conquerors represented the original Kurdish mass, it would be rather difficult to attribute all Kurds of our times to that mass, just as it would be naive to consider the Arabs of Egypt, Tunisia, Palestine and Iraq as pure descendants of the Arab tribes of Mudar, Rabi'a, Hamadan and Azd.

Over the centuries, and as a result of continuous displacement, migration and wars, some Kurds ceased to be Kurds. At the same time, others, of Arab, Armenian and Turkic backgrounds, would, in the battle for survival, join stronger and more effective Kurdish tribal alliances.

However, the late arrival of Kurds in some cities and areas of the Middle East does not make them any less citizen, in any case. The right of the Kurds to exist in Kirkuk, Amuda, Qamishli, Diyarbakir, Damascus, Istanbul and Baghdad is no less than that of the Arabs of Taif, Sanaa, Tripoli, Tunis and Oran.

This expansive part of the world, extending from Central Asia to the shores of the Atlantic, was shaped by a series of movements, displacements and migrations of peoples that continued ever since the Islamic conquests.

What you need to know: The Kurds in Iraq
Read More »

What this history testifies to is the fragility of the myth of racial purity claimed by Kurdish nationalists (as well as by their Arab and Turkish counterparts), and the shaky foundations upon which the Kurdish nationalist geography is based.

In this part of the world, it is rather difficult to invoke the European nationalist model and its national state without enormous costs.

Throughout the 20th century, peoples of the Middle East paid a heavy price for the illusions of nationalist projects that have only been proven to be an utter failure with the passage of time. The people need to learn the lesson.

The endeavour to transform Kurdish nationalist geography into a national state will not be any less of a failure, and will open the gates of hell in the entire Middle East.

The real struggle today is the struggle against the fanaticism of the nationalist state, the struggle to make it less exclusive, more embracing of the plurality of its peoples, and more truthful in acknowledging the diversity of these peoples' cultures and heritage.

Photo: An Iraqi Kurd marches with a Kurdish flag during a protest in support of long-time leader Masoud Barzani on 30 October 2017 (AFP) 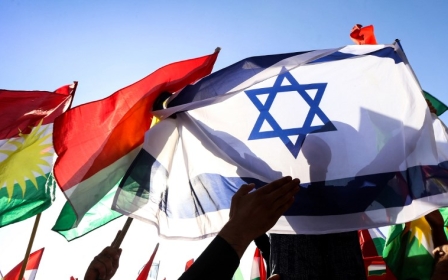 Diplomacy
ANALYSIS: Why Iraqi Kurds have been silent on Trump's Jerusalem move 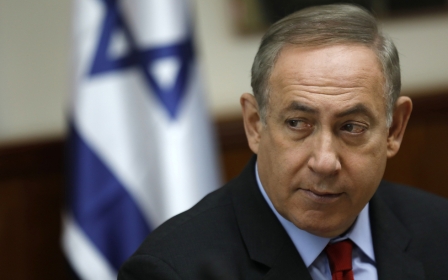 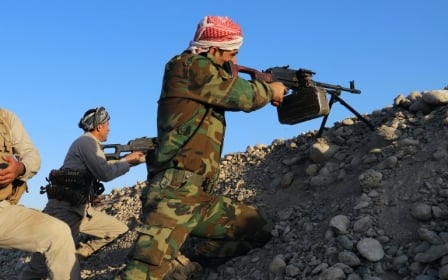