Why Palestinians must rethink their governance

Alaa Tartir
A collective leadership model, away from the failed structures of the PA and PLO, could put Palestinians on the path towards self-determination 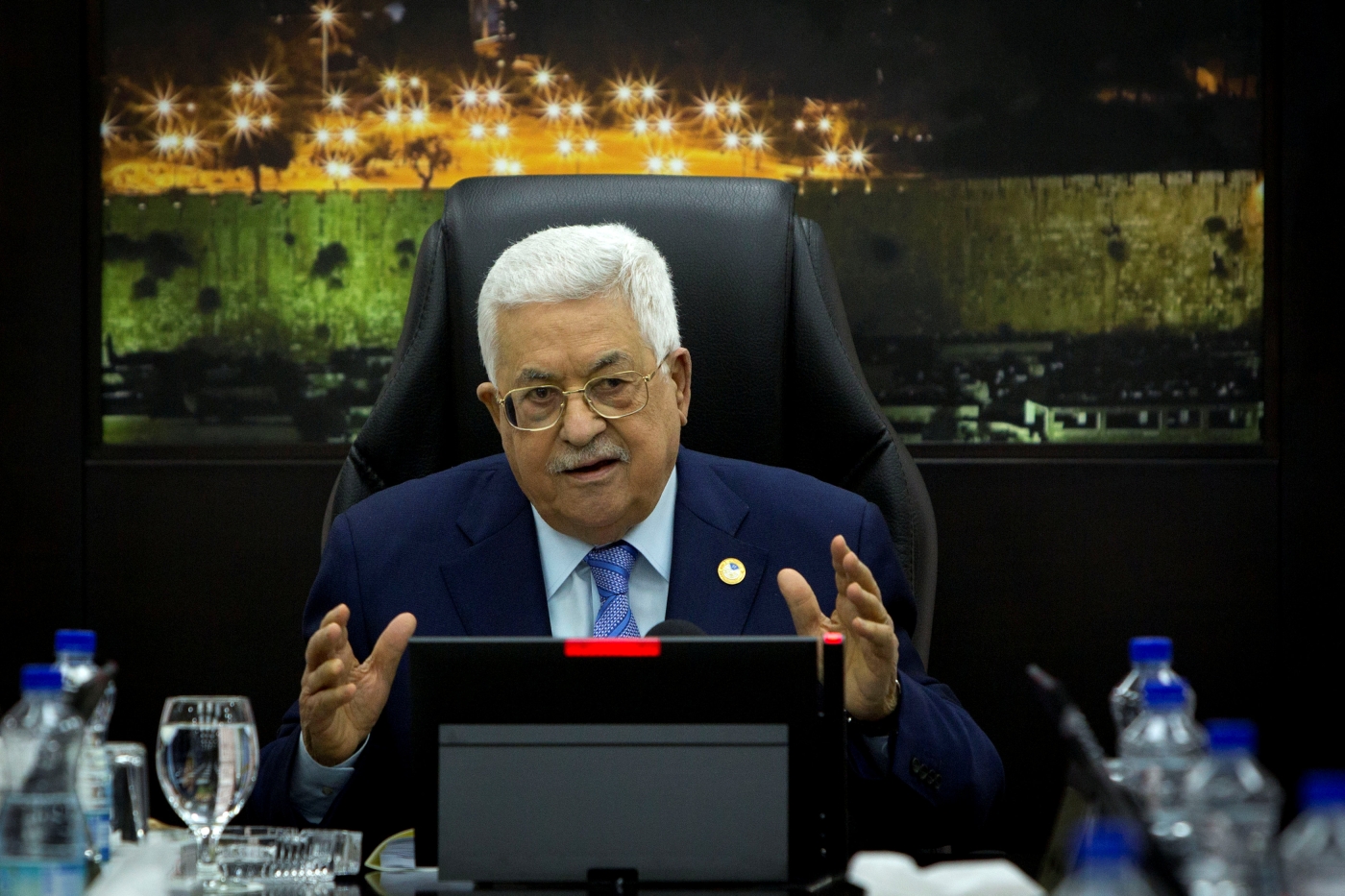 As rumours swirl about the state of health of Mahmoud Abbas, debate is raging within US and Israeli political circles about who will succeed the 83-year-old Palestinian president.

Media outlets and think-tanks have also joined in,  debating names and presenting contenders, and speculating on what a possible transition process, or lack thereof, might look like. With their stability-first mantra, Palestinian security officials top the lists.

But from a Palestinian perspective, this dynamic should trigger a serious and long-awaited debate on re-envisioning the Palestinian political and governance systems, as well as the whole question of political leadership.

Three things could help to build an inclusive and participatory political system, which could empower Palestinians in their journey towards self-determination, statehood and meaningful democracy.

Firstly, the one-man leadership model should be replaced with a collective form of leadership. The “supreme leader” model is not only obsolete, dysfunctional and anti-democratic, but it has also been damaging to the Palestinian struggle and the national liberation project.

Palestinians, and their journey to self-determination, has suffered major negative consequences as a result of the differing, personalised styles of governance over the years (from Arafatism, to Fayyadism, to Abbasism) and the one-man-show paradigms they have adopted. It is time to lay that mode of governance to rest, and envisage a collective model of leadership.

It is, therefore, time to rethink the very positions and titles of the PLO chairman and PA president, and their symbolic trappings for statehood, and scrap them altogether

Although in theory, the Palestine Liberation Organisation (PLO) leadership model is collective in nature, in practice, it is anything but that. This is why the PLO was co-opted by the Palestinian Authority (PA), and then why the PA was co-opted by Israel - the occupying power - stripping Palestinian people in the West Bank and Gaza of their transformative potential.

This is also why Palestinians have been alienated from the core of the Palestinian political system, and why they ultimately persist under Israeli occupation and Palestinian authoritarianism. The one-leader model - be it the father of the nation (Yasser Arafat), the partner for peace (Abbas), or the internationally backed technocrat (Salam Fayyad) - has failed the Palestinian people miserably.

It is, therefore, time to rethink the very positions and titles of the PLO chairman and PA president, and their symbolic trappings of statehood, and scrap them altogether.

Instead, the Palestinian people need an elected committee of leaders - a small group (ideally four, with representation from both genders) who can form a political bureau, with each carrying different but complementary responsibilities and similar political weight. One could handle internal and social affairs, one external and foreign affairs, one economic and development affairs, and one education and youth affairs.

This division of labour at the leadership level would ensure the national project could not be hijacked by one leader and his political party, vision and programme. It would ensure better accountability, transparency, inclusiveness and positive trickle-down effects on the everyday lives of Palestinians.

The political bureau would not function in a vacuum, but rather be supported by and be accountable to two different supervisory councils: one formed of elders and one of youth (defined as 35 years of age or younger). The two councils, with equal gender balance and representatives of different stakeholder groups, classes and localities - and not exceeding 15 members per council, serving terms of up to three years - would play a crucial role in formulating strategies and reviewing their implementation.

These are valid questions, but I would argue that precisely because of the absence of such councils, neither the PLC nor the PNC are efficient, effective, representative or even legitimate. The PLC and PNC have also been easily swallowed by factional politics and personalised styles of governance. Is the new Palestinian government doomed to fail?
Read More »

The two councils of elders and youth would help to solidify the pillars of accountability within the Palestinian political system, adding much-needed checks and balances. Their role would be supervisory and advisory in nature; they would not be legislative, executive or judicial bodies. But their power would stem from their ability to expose leaders, support nationwide visions and hold everyone accountable.

Thirdly, the multiple bodies presented above would appoint a prime minister to form a government and a deputy prime minister, with one of these positions to be filled by a woman. As the prime minister nominates members of parliament and other leaders, the opposition should organise themselves into a parallel government with shadow positions, similar to the Westminster model.

This shadow government would not be a fully fledged one, as in well-established democracies, but tailored to Palestinian material realities. The idea would be to ensure better accountability and further inclusiveness in the Palestinian political structures.

This triangle of collective leadership, elder and youth councils, and a shadow government may seem unattainable given the current realities of Israeli occupation, intra-Palestinian divisions, vertical and horizontal fragmentation, the Oslo Accords framework, and the envisaged two-state solution. Such a plan may seem unrealistic, foreign to today’s realities, and even largely liberal and naive.

Yet, it is also obvious that neither the PLO/PA governance models, nor the Oslo Accords framework, have worked out in favour of the Palestinian people - so why keep manouvering within these frameworks, trying to fix the unfixable?

It is time for new and unconventional Palestinian leadership models ... instead of remaining trapped within a rotten political framework

It is time for new and unconventional Palestinian leadership models - a future vision that Palestinians could collectively work towards, instead of remaining trapped within a rotten political framework that fails to deliver meaningful or lasting solutions.

The three aforementioned ideas raise a number of questions, including what prerequisites would need to be in place to ensure their materialisation, how an action plan could be clearly defined, what actors would lead the process of change, whether it would work despite the Israeli occupation, and how it would apply beyond Gaza and the West Bank to Palestinians in Israel and the diaspora, among other questions.

This is why we need a serious debate about Palestinian political and governance systems. This process is intrinsically linked to the process of realising freedom and self-determination: Only when we envision different models and political structures can we hope to transform that vision into a reality. Inside Israel
What are we Palestinians still doing in the Knesset?
Abir Kopty 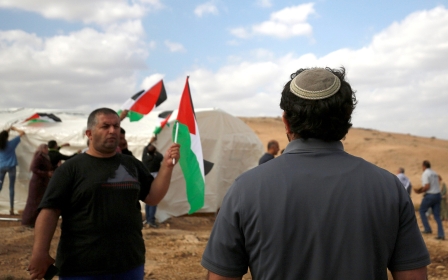 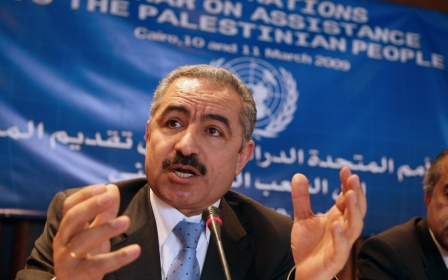 Palestine state
Who is the new Palestinian prime minister?