Gulf crisis: Will Qatar snub Saudi Arabia's offer to bring it back into fold?

Madawi al-Rasheed
If the Qataris accept Riyadh’s new conditions of servitude, they face being humiliated by Mohammed bin Salman 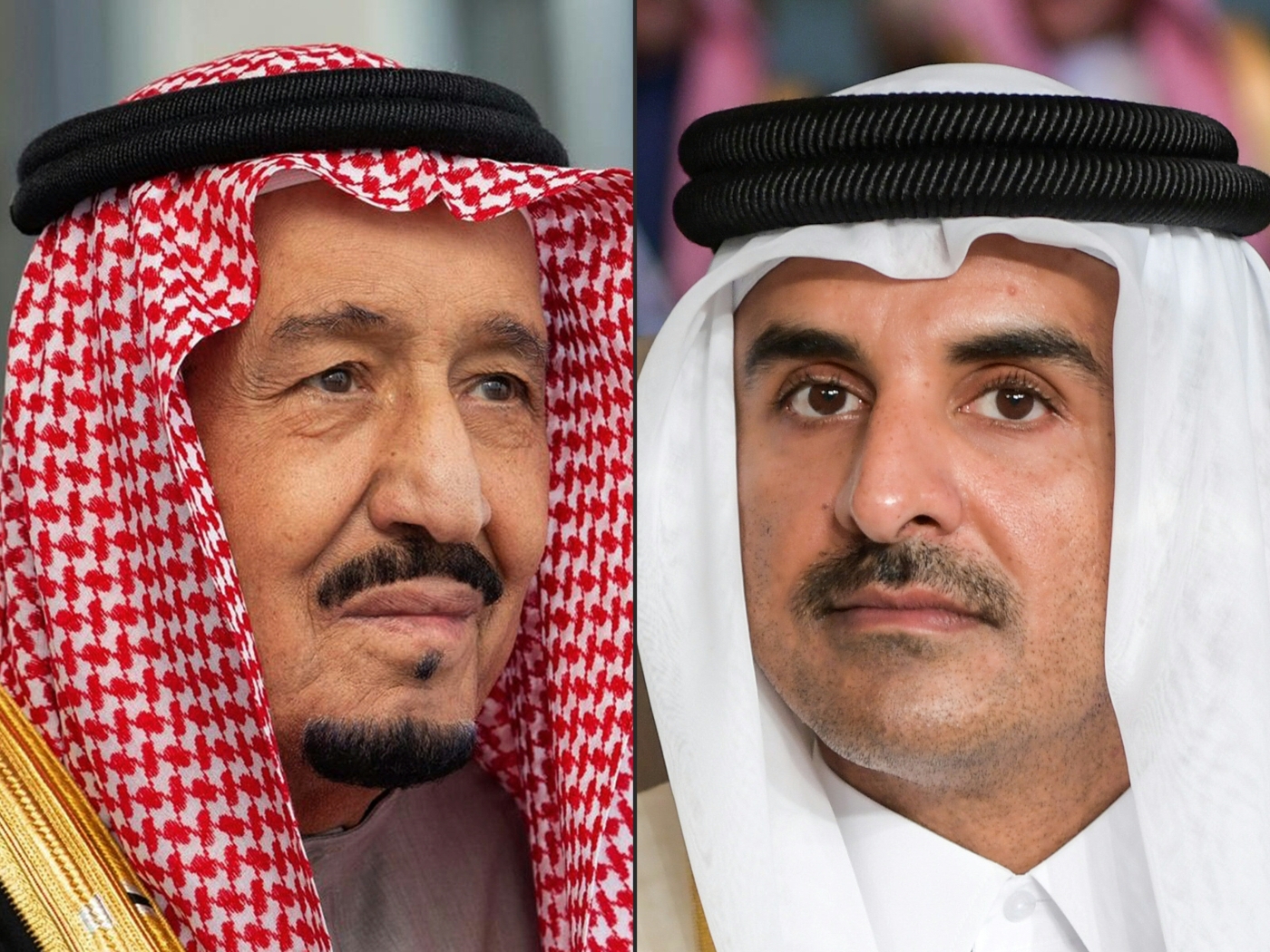 The recent attempts at rapprochement with Qatar prove that aggressive and hawkish policies can backfire and prove counterproductive. The crown prince led the boycott and sanctions imposed on Qatar, but failed utterly to change its policies or instigate a regime change that would rid him of its young emir, Tamim bin Hamad Al Thani.

On Tuesday, the Gulf Cooperation Council (GCC) holds its 40th summit and there is hope that it might succeed in healing the rift between the two countries. This remains to be seen.

Over the last 40 years, small countries like Oman always cherished their  own independent foreign policy and resisted Riyadh’s pressure to be simply client states

The GCC's future is not entirely dependent on bringing Qatar back into the fold. The regional organisation suffers from serious incapacities and it is doubtful whether it can ever be a force capable of standing up to Iran, which was the initial objective behind its formation in the early 1980s.

As long as Saudi Arabia wants to use its size and wealth to dominate the GCC, the smaller emirates will feel uneasy about serious incorporation and integration in this overarching regional forum.

While smaller states may show symbolic deference to their big brother in Riyadh, throughout the last 40 years, countries which are not even wealthy, like Oman, have cherished their own independent foreign policy and resisted Riyadh’s pressure to be simply client states.

While at the beginning of the blockade Qataris felt the pressure, it only took a short time to overcome their isolation in the Gulf. Now the Saudi crown prince appears to be begging Qatar to forget Riyadh’s aggression and humiliation at the hands of his many propagandists.

Since 2014, the Saudi media has spared no opportunity to attack Qatar and retaliate against any Qatari press reporting that was deemed subversive by the Saudi regime.

For example, as Qatar increased its reporting on the murder of Saudi journalist Jamal Khashoggi in Istanbul  in 2018 - while the Saudi media was completely silent - the Saudi regime realised how enmity with Qatar can amplify Saudi scandals and crimes abroad.

At the time, many Saudis also realised how ineffective their own media was in countering Qatar’s powerful coverage of the horrific details that were leaked by Turkish authorities. In response, under the crown prince's auspices, Saudi Arabia held a media conference in Riyadh last summer with the view of turning the city into the media capital of the Arab world.

In Saudi propaganda, Qatar became the enemy within the GCC, but this may all change if Qatar accepts a secondary and subservient role in the region, follows Riyadh’s diktat, and bows to the authority of its ageing monarch and his hawkish son.

Riyadh’s multiple efforts to bring Qatar close to collapse were a miscalculation by an inexperienced and erratic prince. Yes, Qatar is a small country with a tiny indigenous population, but by humiliating its emir, his mother, and all Qataris, Mohammed bin Salman burnt all bridges to earlier reconciliation efforts, especially those of Kuwait and the USA. Riyadh undermined the security of Qatar through sanctions and separated people from their relatives across the border.

With wealth and diplomatic efforts, Qatar quickly overcame its isolation and built bridges with regional powers like Turkey and Iran, while continuing to cherish its close ties with Oman and Kuwait.

Mohammed bin Salman destroyed the GCC and fragmented its overall consensus exactly like he did with members of his own family. He created an enemy in the Gulf instead of an ally. In response, Qatar drifted towards countries that the Saudis define as regional rivals.

More importantly, Riyadh failed to enlist its closest ally, the US, to share its approach to Qatar. US President Donald Trump resisted ostracising Qatar while milking Saudi Arabia and playing on its vulnerabilities. The Saudi crown prince stood alone, unable to convince his loyal partners in the West to sanction Qatar.

Bin Salman couldn't overpower his rival with riches because Qatar’s own wealth proved to be too important for its Western allies to ignore. No Western partner of Qatar had an incentive to demonise its leader and his national policies in the Arab world.

The Qataris should know that the prince in Riyadh has no respect for the small emirate or its people. Yet he is now desperate to see its emir in Riyadh. King Salman issued an invitation to the emir to attend the Gulf summit, but Qatar will be represented by its prime minister.

While many Saudis remained aloof from the propaganda demonising Qatar, those who prayed for reconciliation between the two Gulf states were imprisoned and dubbed as traitors in Saudi Arabia.

For reconciliation with Qatar to succeed, Saudi Arabia needs a new approach to foreign policy. It should realise that neither its current diplomacy nor its military aggression against other countries, for example Yemen, will crown it the king of Arab affairs. It cannot lead the Arab world by conspiracy, petrodollars or military strikes. 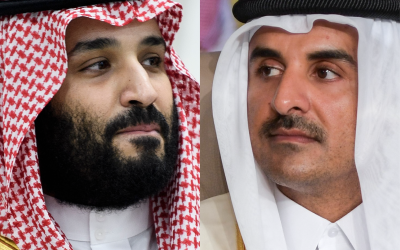 Riyadh once presented itself as an umbrella under which many Arabs could be united. This proved to be a short-lived dream. Riyadh has deployed its resources to thwart the pro-democracy movement that surged across the region from 2011.

It became a counter-revolutionary force that sought to keep the region governed by military dictatorships and authoritarian rule. When it supported the uprisings, for example in Syria, it endeavoured to push rebels into the mayhem of sectarianism and civil war.

In contrast, Qatar - or at least Qatari media - realised that the drive for political change is unstoppable in the region and decided to support the forces that marched in public squares demanding dignity, freedom and justice.

Siding with the people

Mohammed bin Salman failed to admit his regime’s vulnerabilities at a time when the quest for freedom in the region reached an unprecedented level.

Qatar realised it cannot stop the tide and so went some way to endorsing it. It didn’t have to, as there were no signs that Qataris were keen to rush to public squares in Doha demanding the fall of the regime.

In contrast, Saudi Arabia felt the threat as protests erupted across the kingdom in 2011. Without a vigorous detention campaign, repression, and many million dollars, the protests would have continued.

Qatar had to be punished for supporting Arab civil society and providing it with a media platform that reached millions in the region. The Saudis are yet to achieve a similar success with their own media empire.

It became important not only to ostracise the Qatari emir but also demand an end to the Qatari media platforms. Saudi Arabia wants to rid the region of an alternative voice and establish its own monopoly over the consciousness of Arabs. 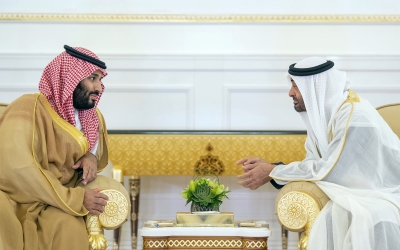 Qatar refused to abide by the 13 conditions for reconciliation, one of which is to end Qatari media eminence.

Riyadh wanted Qatar to end its support for the Muslim Brotherhood, forgetting that the movement’s exiles played a very important role in helping Riyadh reach out to Muslims around the globe.

Riyadh put all its eggs in the baskets of military dictatorships like Egypt, while Qatar diversified and bet on several horses.

The Qataris face a real challenge as they decide to either accept Riyadh’s rapprochement or snub a belated offer to bring them back into the GCC fold. An apology for the misguided policy of King Salman and his son is overdue. If the Qataris accept Riyadh’s new conditions of servitude, they should also prepare themselves for yet another humiliation at the hands of the prince in Riyadh.

If they don’t accept, they will save themselves a future confrontation over their foreign policy that has been grounded in their own national interest rather than those of Saudi Arabia. 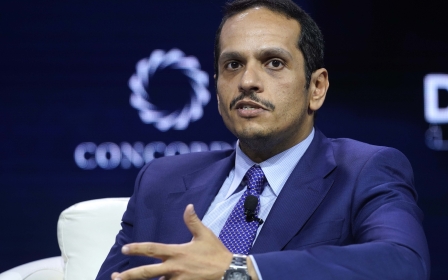 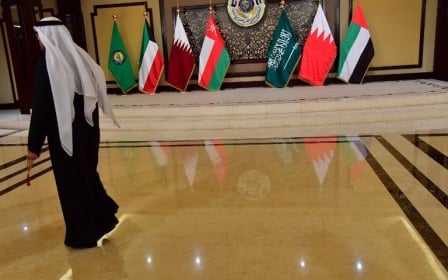