Madawi al-Rasheed
Saudi women need a political solution that guarantees their safely rather than simply a state that allows them to attend football matches, circuses and cinemas 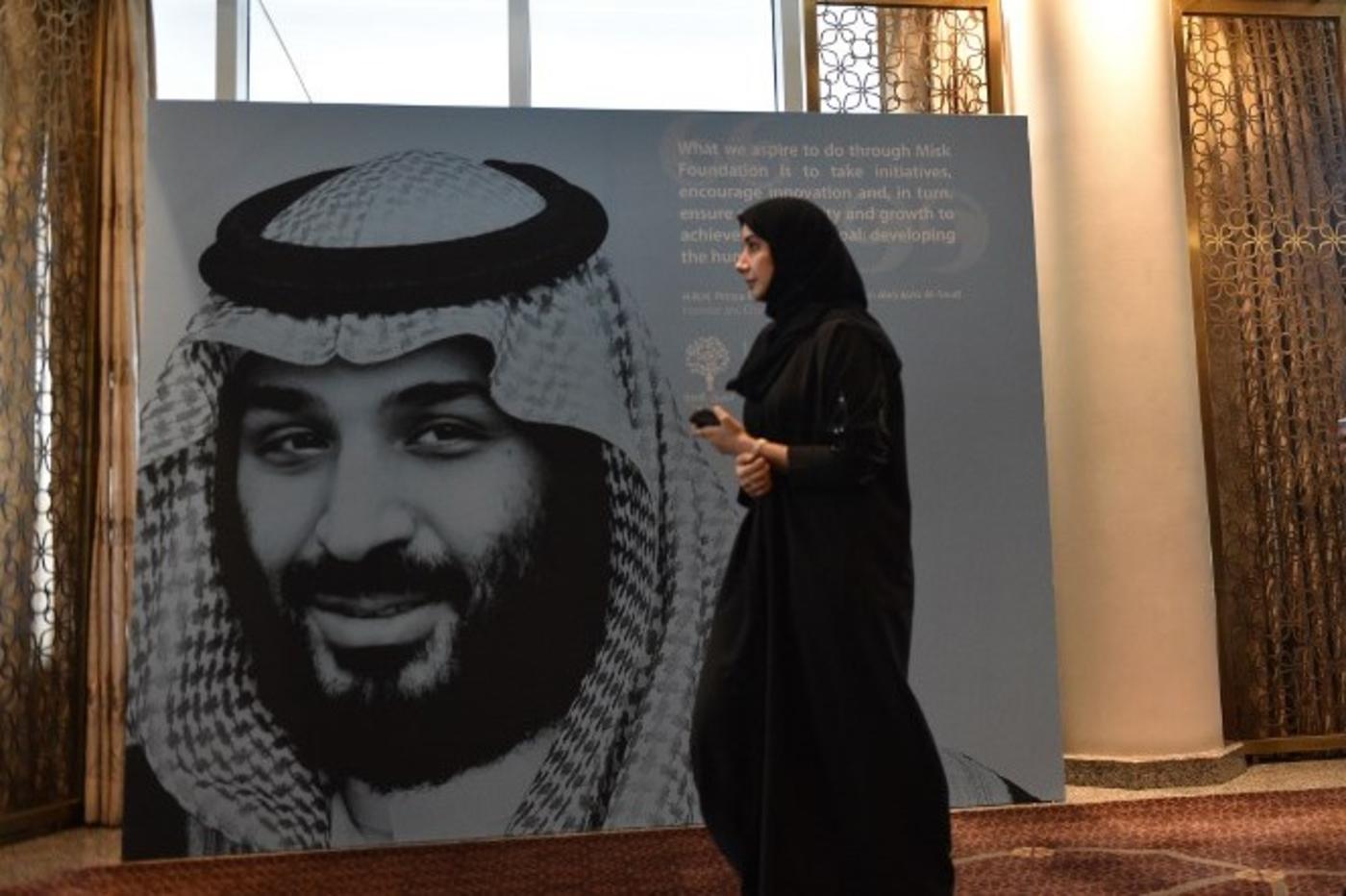 Saudi Arabia is facing a social problem that requires an urgent political solution. Women runaways, estimated to be over 1,000 cases, are now regular news. Rahaf al-Qunun, the 18-year-old who was stranded at Bangkok airport on her way to Australia, was put under UN custody to be accepted as an asylum seeker.

After blockading herself in a hotel room and broadcasting her plight and fears of being forcibly returned to Saudi Arabia, she finally reached Canada where she expects to lead a normal life.

Bring back the girls

The Saudi government may have tried but failed to forcibly repatriate her. In similar cases in the past, Saudi embassy staff intervened and forced the airport authorities to cooperate and bring the girls back. Rahaf may be lucky but Dina Ali Lasloom wasn’t.

In April 2017, Lasloom publicised her case from Manilla airport: “They took my passport and locked me up for 13 hours … if my family comes they will kill me. If I go back to Saudi Arabia I will be dead. Please help me".

Thousands of miles away from Saudi Arabia, the 24-year-old was arrested at Ninoy Aquino International Airport in Manila while she was in transit on her way to Sydney. Two uncles, who arrived to return her to Saudi Arabia, kidnapped her from the airport.

She screamed and kicked as they forced her to board Saudia Airline flight SV871 to Jeddah.

The Philippines authority, a signatory to the 1951 United Nations Convention on Refugees, denied that they cooperated with the Saudis in this case. But forcing an adult to enter an aeroplane against her will is not easily accomplished without the cooperation of the police and the airport immigration officers.

In Lasloom's case, airline security officials and two men secured her forced repatriation to Saudi Arabia, according to eyewitness account.

In May 2017, only a month after Lasloom's case was hotly debated in the Saudi press and globally, two sisters, Ashwaq and Arij Hamoud, fled to Turkey to seek asylum according to several brief videos they recorded on their mobile phones.

They posted the videos online and claimed that their family had abused them physically and forced them to live as prisoners in their own homes. According to one report, the Turkish authorities detained the runaway sisters, aged 18 and 19, after their family put a request through the Saudi embassy to bring them back.

A woman is not a legal person and remains unable to lead a life free from the authority of others, mainly male relatives

The cases of Dina, Ashwaq, Arij and now Rahaf - among others - confirm a persistent narrative about the plight of Saudi women who are constrained by family, religion, state and culture, and the cooperation of foreign governments.

The cases were all related to two issues: first the guardianship system, which is perhaps the most restrictive in the Muslim world when it comes to women’s autonomy, freedom and choices. It restricts women in ways unimaginable in other countries. A woman is not a legal person and remains unable to lead a life free from the authority of others, mainly male relatives.

The guardianship (wilaya or wisaya) system is not legally codified but is enacted through a series of informal and formal bureaucratic arrangements that stipulate that a father, husband, brother, or even son has complete authority to approve matters that dictate the daily lives of women.

In courts, judges who apply sharia law, according to the most restrictive Hanbali interpretations, side with male relatives and uphold the wilaya system. State institutions (e.g. hospitals, schools, universities, and employers etc.) continue to demand the approval of male guardians before they deal with women. Education, health, travel, employment and marriage among other domains all require the approval of the guardian.

Second, the women runaway problem is a function of the failure of state institutions to provide security and protection for women. Women who are allegedly transgressors can be detained in state-run special centres. They cannot be freed unless a guardian agrees to sign their release documents.

If a woman is abused by a father and runs away and is then detained by the authorities, it is this father who should present himself as her guardian to give permission for her to be free again. The contradiction in the system is obvious: the abuser is still the guardian.

So why are so many Saudi women fleeing the country - often to be forcibly returned? This is happening in the middle of the euphoria about the crown prince’s many social reforms. We are told that women can now drive, go to the cinema, and enjoy concerts. But these apparent new freedoms have not disuaded these women from fleeing the country.

We are told that women can now drive, go to the cinema, and enjoy concerts. But these apparent new freedoms have not disuaded these women from fleeing the country

At the heart of this problem, that is symptomatic of wider and pervasive gender inequality, is the way politics, society and specific interpretations of state Islam work together to impose the most oppressive regime on women.

Restriction on movement, the guardianship system, disenfranchisement, forced marriages and unfavourable divorce laws are but varied manifestations of general discrimination against women.

In its official narratives, the Saudi state portrays itself as a paternalistic agent, supporting women through extensive welfare provisions in health, education, social benefits and employment. The state enforces a type of patriarchy that is neither entirely private nor public but where the two spheres complement and reinforce each other.

This patriarchy easily and comfortably moves from the family domain to the public sphere where state agencies monitor its contours and reproduce both the dominant ideology, for example in the schools' religious study curriculum and the various fatwas from the official ulama, and the practices that keep it intact.

Discrimination and marginalisation are perpetuated in Saudi Arabia because the state, the family and religious institutions cooperate to restrict women’s choices and perpetuate their dependency. Often this starts within the confines of the household. If a woman experiences abuse and restrictions within her own family, she has nowhere to turn.

In the runaways' cases, state agencies inside Saudi Arabia and outside it (embassies) promptly become accomplices in the crimes perpetrated by family members. The Islamic judiciary is usually expected to cooperate and issue legal rulings to return the girls to their abusive families.

Running away from an abusive family is a crime, punishable by detention, enforced by state agencies, and sanctioned by strict religious interpretations of Islamic law. State, society and religion work together to maintain gender inequality.

The state provides prison-like shelters that most abused women prefer not to be taken to. Bad conditions and restrictions on their freedom inside the shelters, combined with the stigma of being sheltered, make women hesitate to seek help from such badly run institutions.

While many remain silent, a few women have gone public with their cases of abuse. More than a decade after the famous television presenter, Rania al-Baz, was badly abused and disfigured by her alcoholic husband and struggled to free herself from him, many younger women are likewise seeking to flee. Al-Baz’s case was taken up by a charitable organisation under the patronage of a princess.

Only when the presenter was seriously disfigured was she saved and treated in hospital. This happened only after a crime of passion became an affair of state. She then went to France where her memoirs were published in 2005. Despite her injuries, her flight to France gave her an opportunity to register her presence as an abused Saudi woman.

Rahaf, the most recent runaway case, is now in Canada. However the solution to this issue is not the flight of more women in the future. Saudi women need a political solution that guarantees their safety rather than simply a state that allows them to attend football matches, circuses and cinemas.

The real reform is when women - and for this matter men - can feel secure in their own country, free from abuse by family or state agents. For this to happen, only political will is needed to deal with all aspects of oppressive patriarchy that limit women’s choices.

Photo: A saudi woman walks in front of a portrait of Saudi Crown Prince Mohammed bin Salman in Riyadh on  14 November, 2018 (AFP) 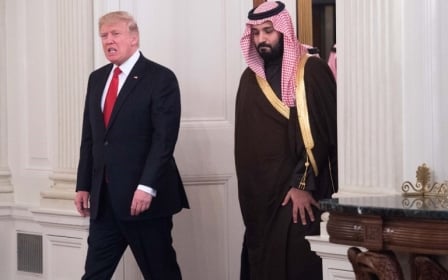 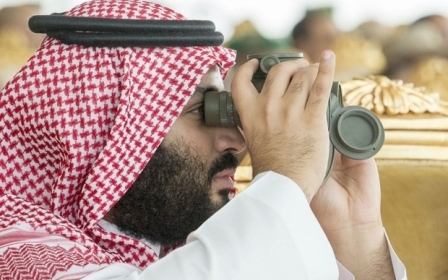 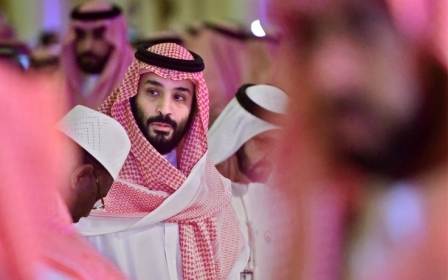