Egypt: A battle for the heart and soul of Cairo's Downtown

Developers want the area to cater to a new demographic, as those living in the central district say they are being priced out 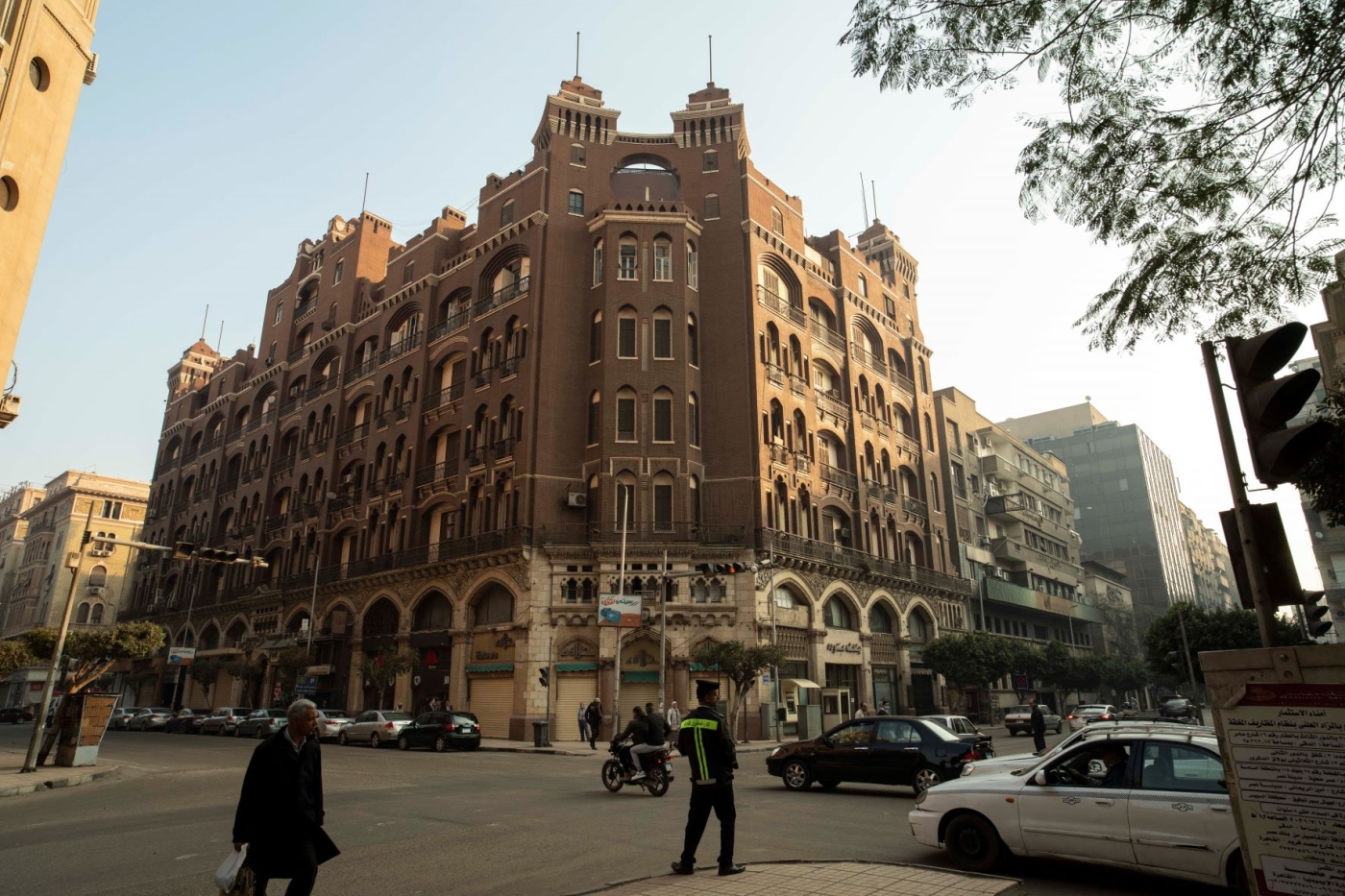 The lively flowers that feature in Egyptian artist Omar al-Fayoumi’s paintings are not just an aesthetic choice - or a nod to French impressionist Claude Monet. They are an homage to the florist shop his father owned on Talaat Harb Street in Cairo’s Downtown district.

To help his father run the shop, the young Fayoumi took a bus every few days from Giza, where the family lived, to the district, which houses the Egyptian museum and neighbours the affluent Nile island of Zamalek. From Paris of the Middle East to a depressing Hollywood film set: How gentrification changed Beirut
Read More »

The area, called Wast al-Balad in Arabic, is notable among Cairo’s districts for its distinct Parisian architectural flavour, a legacy of French urban planning during Egypt’s Khedivate period between the late 19th and early 20th centuries.

During his time off, the young Fayoumi would go for walks with his father, admiring the neighbourhood’s Art Deco structures.

The area would continue to play a central role in his creative development.

For Fayoumi, now 64, Downtown was about wandering the streets. The time he used to spend in galleries with his art school classmates, his very first exhibition at Atelier du Caire in the 1990s, and the inexpensive coffee shops, which pop up frequently in his art.

"Downtown cafes were always appealing to me as a kid," he says with a smile.

Today, put off by its recent transformations, Fayoumi rarely visits the area.

"It's becoming increasingly touristic and high-priced," Fayoumi explains, expressing a longing for a more affordable Downtown that is slowly vanishing.

For artists in other major cities across the world, prices have always been a concern, particularly in city centres, where real estate costs are higher. Cairo’s central district, though, had until recently bucked the trend.

According to urban researcher Ahmed Zaazaa, Downtown in Cairo is unique in that it "is not the most costly part of the city."

Between the old and the new-old

The co-founder of 10 Tooba, an interdisciplinary group of urban environment professionals, Zaazaa says that Downtown’s relative affordability might not be the case for much longer.

"Samih Sawiris and Karim Shafei aim to change this reality," he says, referring to the co-founders of Al-Ismaelia for Real Estate Investment, which markets itself as the "first Egyptian company of its kind concerned with Downtown Cairo’s revival."

Al-Ismaelia has, according to Karim Shafei, put together a consortium that includes Egyptian investors alongside Saudi private equity firm Anwal al-Khaleej and Saudi investor Sherif Suleiman.

According to Zaazaa, the real estate company has preserved 25 buildings of historic interest since its founding in 2008, although it is often assumed to own twice that number.

While such investments can help maintain the architectural integrity of the district’s historic buildings, the conflict is over what kinds of people the "revived" vision of Downtown and the contemporary version appeal to.

The Downtown of the contemporary imagination has long been associated with a subculture of misfits, flaneurs, and angsty young men and women, often with revolutionary proclivities.

For decades the location has been the backdrop for some of Egyptian cinema and literature’s most iconic characters; figures such as Beer in the Snooker Club’s champagne socialist protagonist Ram, and his firebrand friend Font.

What place would such characters, real and imagined, have in the vision of Downtown put forward by Al-Ismaelia?

"They aim to rebrand it so it is no longer considered a bohemian district," says Zaazaa, adding that the company "intends to rehabilitate the area so that it appeals to the wealthy."

That is a prognosis rejected by Al-Ismaelia’s Shafie, who in an interview with local outlet Mada Masr said that those of a privileged background were currently excluded from the district and their presence should not be considered a threat to the existence of other demographics.

Al-Ismaelia’s approach stems from a view in which the historic memory of Downtown is of a neighbourhood with a glittering cosmopolitan community, high-end restaurants and stunning luxury boutiques. This is in contrast to the area's present incarnation, with its blaring street vendors, run-down buildings and apocalyptic rooftops.

Dalila Ghodbane, a researcher at the Centre for Economic, Legal, and Social Study and Documentation (CEDEJ), located in Garden City district, south of Downtown, describes what she calls a "belle epoque narrative", or a discourse rife with nostalgia and historical daydreaming. According to this description, the past and the present appear as two antipodal images. 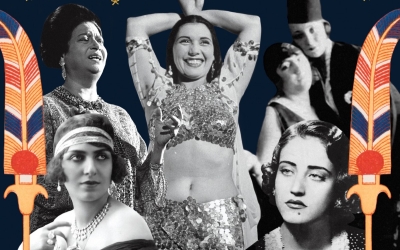 Yet private real estate firms are not the only ones trading in nostalgia. Without inciting memories of Egypt's so-called Liberal Age (1922-1936), as liberal elites occasionally do, the current Egyptian government prefers the public chooses the Downtown of the roaring 1920s over that of the troubling 2010s.

Whereas the former encourages the kind of consumption needed to keep the country’s economy ticking along, the latter represents a threat to the government’s idea of economic stability, one that is requisite to bring in tourist income.

To that end, the government is refurbishing buildings, polishing squares, and committing to transforming Downtown into a fully touristic district with an ostensibly authentic flavour, but where old-rent residents and shops have little to no place.

"It is no surprise… that the government green-lights Al-Ismaelia projects," Zaazaa says, as both have the goal of making money out of the area.

The previous governments' reconstruction and restoration initiatives, which largely took place in Old Cairo, were focused on making places affordable and accessible to the public, according to Ibrahim Imam, an architect, producer, and Downtown resident.

Independent artists, who the corporation says it supports through events such as the controversial contemporary art festival, D-CAF, say they are being harmed by this urban strategy.

'Downtown serves as the heart and lungs of the lower-income communities that surround it, as well as an economic lifeline for the businesses that thrive there'

"Al-Ismaelia acquired many Downtown art locations, including the Rawabet Theatre and the Townhouse Factory," says Huda Lutfi, a visual artist and cultural historian.

It is now renting out the spaces to Egyptian artists at a rate that puts "already struggling artists in a precarious position."

Summarising the company’s business model, urban researcher Hajer Awatta wrote: "Purchase real estate properties at lower than market prices due to their condition, offer tenants monetary sums to vacate the units, then renovate the building and units for upscale usages."

But Al-Ismaelia’s Shafie rejects those characterisations.

"We are not focused on the seven-star, elitist models," he said in an interview with Egypt Independent, adding: "Downtown should be a dwelling place for all segments of society and should not be exclusive for high-end or affluent society."

Zaazaa says the model is a "process of gentrification, re-appropriation, and displacement." For himself and others like him, the stakes could not be higher.

"Downtown serves as the heart and lungs of the lower-income communities that surround it, as well as an economic lifeline for the businesses that thrive there," he says.

"The apocalyptic scenario for such areas is to turn Downtown into a space exclusively for the affluent." 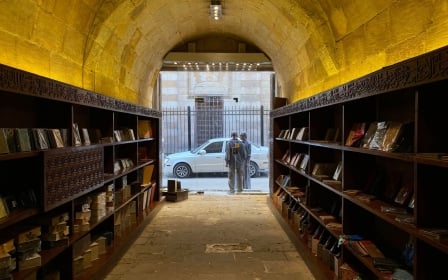 Books
Midnight in Cairo: The glitz, glamour and grit of Egypt’s leading ladies