Laila Lalami: ‘Whoever tells the story controls the world’

The Moroccan-American author talks about her new novel, in which she gives voice to a wide range of characters, including a racist American 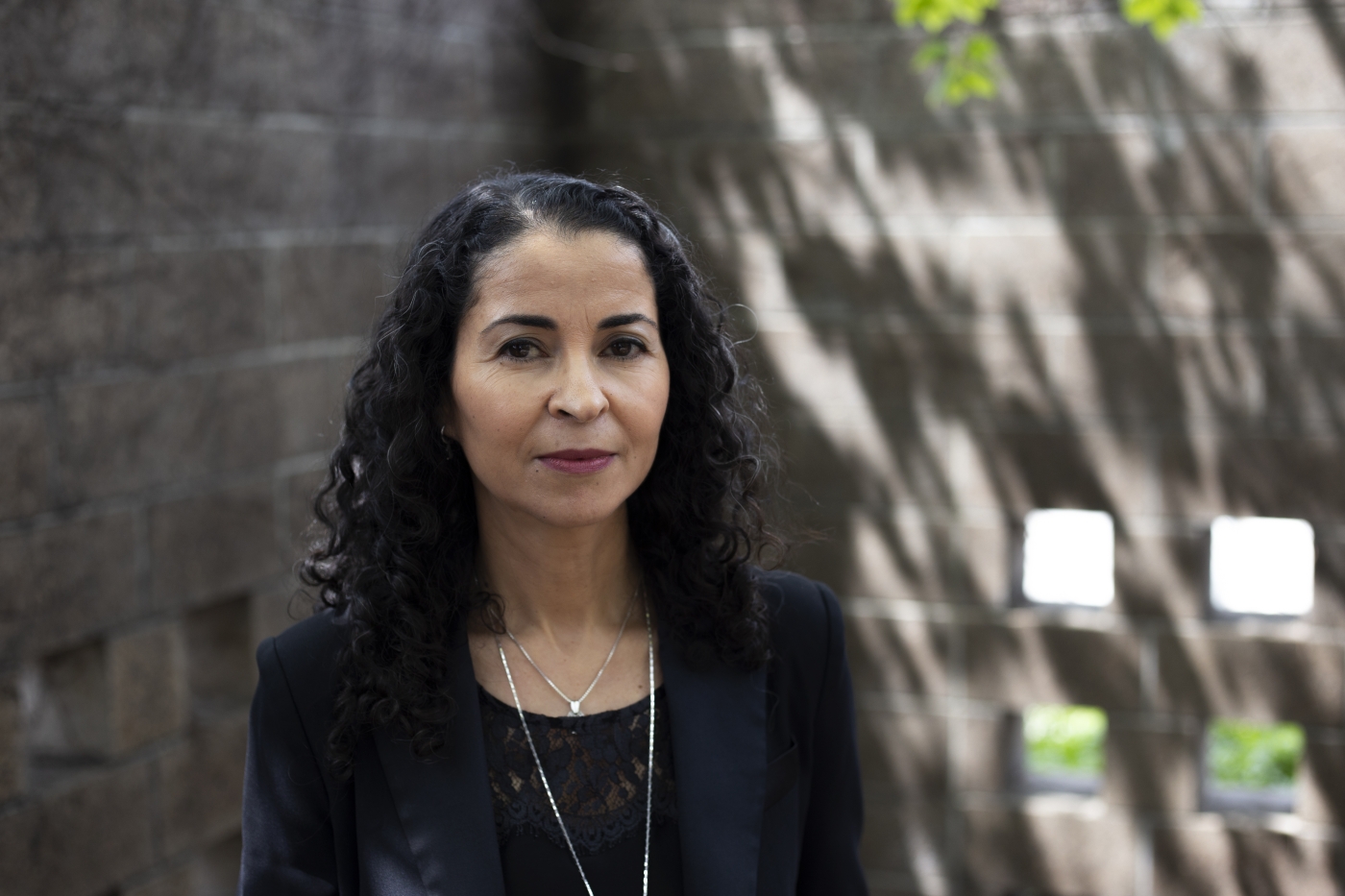 Laila Lalami was nominated for the Pullitzer Prize in 2015 and has just published her new novel The Other Americans (Photo credit Ellen Schmidt)
By
Aida Alami
in
Minneapolis, USA

Laila Lalami is never in a hurry to finish writing a book. A disciplined author, she spends months, sometimes years, developing carefully crafted narratives and finding joy in the company of the characters occupying her imagination.

She has won many awards and was a finalist for the Pulitzer Prize. But instead of enjoying the prestige, she just works harder in the solitude of her Southern California office, writing fiction and non-fiction alike.

Much of the latter sheds light on her adopted country’s struggles with Islamophobia and racism – including attitudes toward another Muslim woman in America, the congresswoman Ilhan Omar.

Some days ago, Lalami was in Omar's home state, Minnesota, talking to a literary-minded audience in Minneapolis at the Wordplay book festival.

Inside the Guthrie Theater, on the banks of the Mississippi River, she talked about the work that went into producing her latest novel, The Other Americans, a captivating murder mystery centred around a family of Moroccan immigrants.

Sharing the stage in Minneapolis with recent Pulitzer Prize nominee Tommy Orange, the Moroccan-American novelist read from her novel.

“When we moved to America 35 years ago, many things took me by surprise, like gun shops next to barbershops, freeways that tangled like yarn, people who knocked on your door to talk about Jesus, 20 different kinds of milk at the grocery store, signs that say don’t even think about parking here.”

In America, Lalami is one of the best-known and most-acclaimed North African authors of her generation. Her essays regularly appear in major publications and she is the author of Hope and Other Dangerous Pursuits (2005) and Secret Son (2009).

In 2014, she drew much praise for The Moor’s Account, a fictional memoir of a Moroccan slave and the first black explorer of America. The book won several awards and was a Pulitzer finalist in 2015.

Incidentally, just as she finished the book and took a much needed break in the western state of Wyoming, her father fell ill in Morocco. She experienced what many immigrants go through, having to find a seat on a plane and scrambling to arrive before it was too late.

Her father recovered, but she went back to California with a fear she couldn’t shake – the fear of losing a parent, the fear of being too far away and helpless. So she used the experience, embedding all her complex and uncomfortable feelings into her fourth novel, The Other Americans.

“When I got back to the US, it was a wakeup call,” she told Middle East Eye. “For the first time, I realised that this is going to happen. It’s a question of time. I thought about writing a book about the thing that scares me the most. How does one cope with grief? It was just a book about grief really.”

The book starts with the death of a Moroccan immigrant in a hit-and-run accident in the Mojave Desert one night in the spring of 2014, and goes into the repercussions for the lives of multiple characters including the dead man’s daughter, a jazz composer, his wife, and a witness who doesn’t come forward because he is undocumented and fears deportation.

“This book has nothing to do with Trump,” she said. “It was before I even knew or was aware of Trump. I knew he was a billionaire with a TV show.”

Still, the story feels particularly relevant today as America is experiencing a surge of harmful nativist rhetoric and violence, with Trump’s election widely seen as a flashpoint in the United States for issues of migration and identity.

“Not the most pleasant writing experience,” she said about giving voice to the perspective of a racist, and yet it is one that she believes is necessary. “If you restrict yourself to people who are pleasant, it would be a very short book. You need to write about people who are different than you.”

'You need to write about people who are different than you'

Lalami grew up in a working-class family in Rabat, the capital of Morocco, around parents who didn’t attend college but who were avid readers. Living under the reign of King Hassan, with tightly controlled state TV, books were the only escape.

She attended a francophone Catholic primary school, so the first comics and novels she read were in French. So were the first stories she wrote at the age of nine. The Rabat bookstores teemed with children’s literature in French that fed her imagination, with characters and stories that were different to anything she knew.

She was later exposed to Moroccan and Arab writers and poets like Driss Chraibi and Leila Abouzeid. Reading about characters that resembled her family and her life shifted her writing in a new direction.

Morocco had been under the French protectorate from 1912 to 1956 and Lalami eventually decided to unburden her writing of colonial baggage. Because she didn’t feel that her Arabic was good enough, she decided to write in English, a neutral language that she hadn’t grown up with, that would just be used as a tool to tell stories.

She eventually became extremely aware of how languages shape our views of the world.

“Stories are so powerful, they can make you root for your own oppressor,” she told the audience in Minneapolis. “Whoever tells the story controls the world.”

'Stories are so powerful, they can make you root for your own oppressor'

Her parents encouraged her writing, but didn’t think she should make a living from it. After earning a bachelor’s degree at Mohammed V University in Rabat, a scholarship allowed her to pursue a master’s degree at University College London. It was right around the time Saddam Hussein invaded Kuwait.

Experiencing racism in the UK and, at the same time, getting acquainted with post-colonial studies and reading Edward Said, gave Lalami a fresh, much more politically engaged understanding of the world.

At the age of 24, she moved to California to pursue a PhD in linguistics, where she met her husband, the engineer son of Cuban refugees. She now lives with him and their teenage daughter in Santa Monica.

Her intention during her studies was to find a job and stay away from writing but the urge to tell stories was stronger.

In a country where writers of colour form a minority in the publishing industry, Lalami cuts a distinctive figure in the literary world. She is thoroughly an immigrant, but she has mastered the English language and her voice also feels very American. She has become a frequent and prominent commentator of American politics in recent years.

“I have all of these emotions and all of these belongings - and not just in terms of nationality - that are coursing through me,” she said. “It’s not just a question of whether I am Moroccan or American. Or my feelings as a woman, as a citizen of the world, as an active member of the human race or as an educator, as a mother. There are so many identities that all of us have.”

For years she has also written widely about human rights in her home country, Morocco, and other issues.

“There isn’t a book that I wrote or that I will ever write that doesn’t have a Moroccan in it,” she said.

She has written too about her family, and her feminism led her to be an early critic of Islamophobic rhetoric that casts Muslim women under a negative light in Western societies.

In defence of Omar

She has spoken out recently against the attacks targeting Omar, the Somali refugee who was elected to the US House of Representatives in November from a Minneapolis district.

“The reason she’s so much in the press is because her very presence is a combination of all these identities that make people uncomfortable,” Lalami said during an interview not far from Omar’s district. 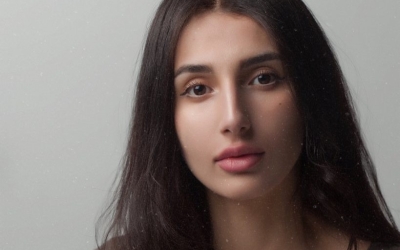 “Everybody wants to talk about how this is a nation of immigrants and everybody can succeed, all these myths of the American dream. You have a refugee that came here at the age of 12, did everything that you’re supposed to do, and the net result of that is the president of the US associating her and her identity with terrorism.”

It seems that Lailami will be commenting about identity and immigration again. Her next project is a non-fiction book titled Conditional Citizens that deals with the relationships between individuals and the state, and how they are defined by race and class.

“It’s going to be a light read,” she concluded, laughing.

This story was produced with support from the Round Earth Media programme of the International Women’s Media Foundation. Books
The Parisian: An epic novel of love and loss in Palestine