Modest fashion: How one agency stood up for what models want 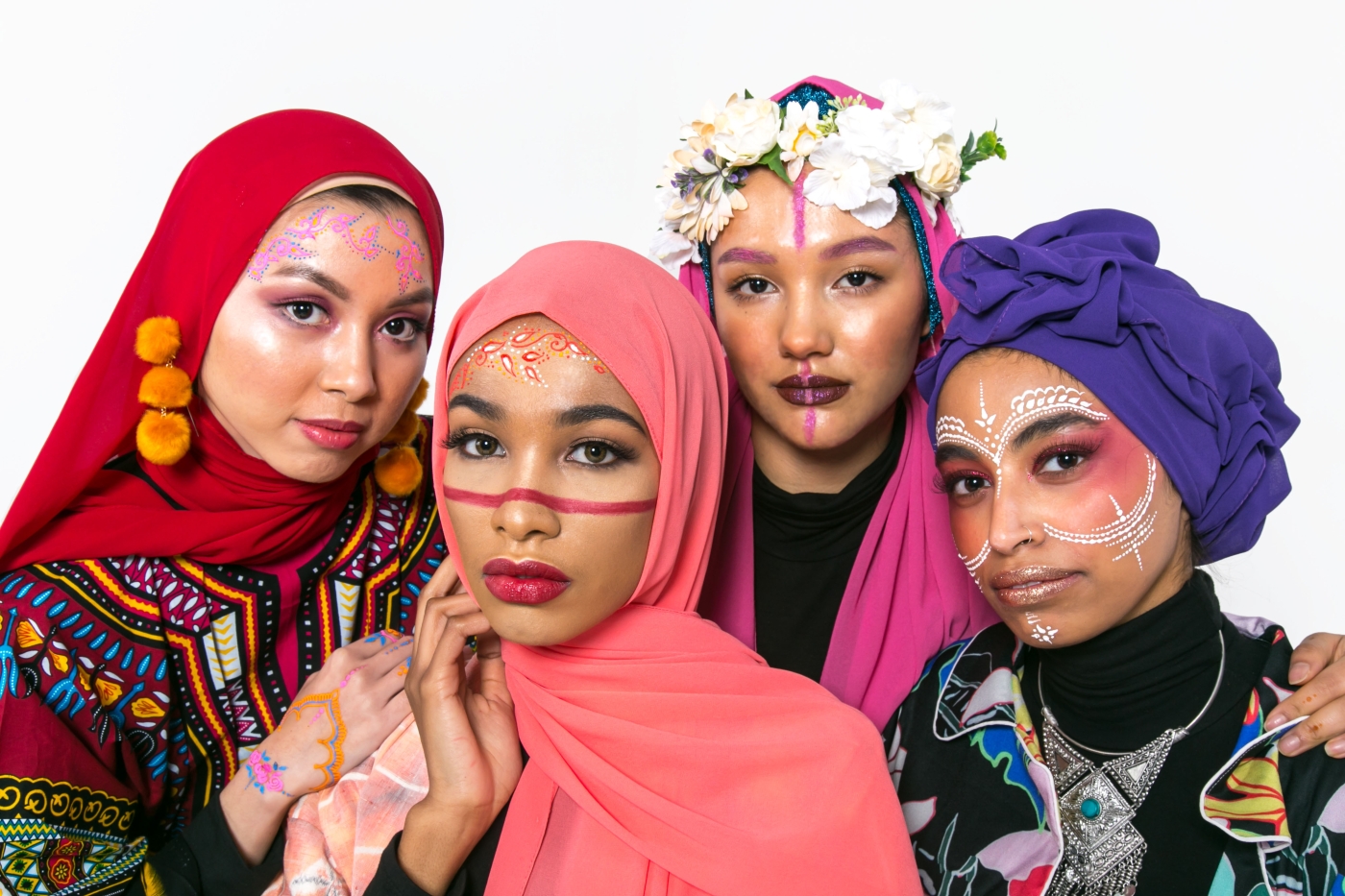 Umma Models, founded in 2017, says it is catering for a gap in the market for those who follow a modest lifestyle (@shotbyroche)
By
Nadda Osman

The fashion world has caught on to modest fashion. High necks and low hems grace runways, while luxury brands curate designs tailored to those who want to cover up.

But for models who choose to dress modestly in their daily lives, assignments and castings can still pose problems.

Muslim modelling agencies are not new: New York-founded Underwraps is but one of several to have emerged during the past decade. But the fashion world still has issues with diversity.

TheFashionSpot reported in October that just over 36 percent of the models at New York, London, Milan and Paris for the Spring 2019 season were people of colour.

That’s a significant change from early 2015, when only 17 percent of models were non-white - but there’s still a long way to go.

Shannie Hammouda set up London-based Umma Models in 2017 after she noticed a gap in the market for an agency which represents all models, not just Muslims, who practice modesty.

So far, Umma's models - of which there are more than 70 on its books - have been featured by Marc Jacobs and worked on international campaigns for The Body Shop, as well as appearing at modest events in London and elsewhere.

“I noticed that there wasn’t much modesty represented anywhere in the fashion world,” Hammouda says. “Then I discovered  a whole world full of modest fashion, but lots of the Islamic websites that sell modest clothing were just using friends or family to model the pieces.

“It got me wondering: why aren't there any agencies that represent modest models, not necessarily just for Muslims but for anyone who practises a modest lifestyle?”

The hijab? ‘Such a shame’

Modest fashion is derived from the fashion choices made by Muslim women adhering to Islamic clothing guidelines, although it extends beyond the community.

The concept of what is - and is not - modest fashion is subjective: each individual interprets it differently.

But while modest clothing has stepped onto runways, some Muslim models feel as though they are still not being represented behind the camera.

Rahma Sheikh, 21, is currently with AntiAgency LDN, which has been praised for championing diversity: unlike most agencies, they don’t have restrictions on height, weight or ethnicity.

Sheikh has noticed how difficult it can be for women who wear the hijab when they attend castings with mainstream clients.

“I went to various different agencies within London,” she says. “The general consensus among them all was that they were not interested in having a veiled model on their books

“Many would just come right out and say that they didn't think it was needed or feasible to represent a model who wore hijab.

“I had bookers say to me that I wasn’t versatile enough and that it was ‘such a shame’ that I wear the hijab. Some would try to entice me by saying that I could go so much further within the industry if I took off my hijab.”

Hammouda used her background in sales, marketing and photography to establish Umma, whose name is the Arabic word for “community of Muslims”.

That idea is core to how the business operates, she says, connecting Muslims who dress modestly and allowing them to pursue their career without compromising their faith.

The Muslim fashion market is huge: one report puts its value at an estimated $250bn.

And Hammouda is prepared for those critics who might misunderstand the agency’s motives.

“People can think that we are trying to make money off of Islam,” she says, “but it’s about giving a platform to people who want to practise modesty on different levels."

Fatumina, one of the agency’s models, says that the public and industry now take modest fashion much more seriously.

“I have a feeling there will be more modest fashion designers catering to a market that has been neglected for far too long.

“I hope that in the future, it won't be seen as a separate thing from mainstream fashion but instead be a part of it, to an extent that we won't need to use the word 'modest' any more because it will become normalised and there will be more individuals catering for it."

What fashion clients get wrong

Hammouda explains how some agencies and brands don’t always understand the needs of modest models, creating uncomfortable situations for models.

“Some models choose not to show their neck but brands won’t always understand that,” she says. “So we will inform the brand on behalf of the model so they are not pressured to fit in.

“Some people see it as trivial... and may not understand that having your arms on show can be immodest. So as a model in the mainstream, they would find that kind of strange and it creates a pressure on the models to fit in." 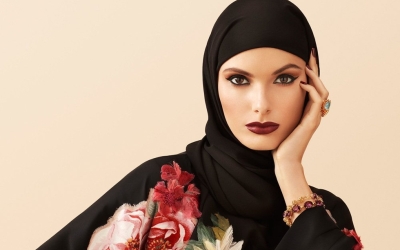 Is the fashion world having a modest moment - or cashing in on Muslim women?
Read More »

Sheikh concurs: “I’ve had one scenario where a stylist has been quite difficult when I explained that a skirt I was given to wear was too short during a test shoot."

Instead Umma says that it communicates with both models and clients to ensure that both parties understand the model’s needs and requirements.

Other guidelines may include scheduling time for prayer and catering for dietary needs.

“We ensure that if any models go to a job they are not forced to do anything they don't want to or are pressured into anything that compromises their modesty,” says Hammouda.

“We’re just making sure all of our models are in a safe environment to practise their modesty.”

Umma, which now has more than  70 models, including men and teenagers, has become a fixture of London fashion runways.

It provided models in the second annual show for London Modest Fashion Week 2018, created by the fashion retailer Haute Elan.

Later it was praised by designer and style consultant Ali A for “bringing more modest models who can work for modest brands” and filling a gap in the market.

One of the agency's models, Amina Begum Ali, 21, told Grazia: “The agency helped me meet a lot of brands...they gave me a lot of opportunities, putting me on guest lists so I could network, introducing me to designers and stuff like that.

“I did London Fashion week with them and worked with Madessa, a very big brand especially in the Muslim market.”

Ali has since worked with New Look, Rimmel and Habiba Da Silva among others.

In the summer of 2018, Umma Models established its first overseas branch in New York. Future plans include another outpost in Australia, a YouTube channel and targeting younger audiences.

“We really want to focus more on our teen models in the future,” Hammouda says.

“A lot of the time young models are put into positions, clothing or environments that are overtly sexualised and we want to make sure that our models are protected from that."

She is conscious that the success of Umma will spark other agencies entering the market - but she welcomes the competition.

“It is a big enough world for all of us to work in,” she says. “My mission is to change the industry so that they have a space for modesty and people can practise modesty without facing the pressures.

“So if agencies start doing the same thing as me, I honestly welcome it and it shows that there’s a need for what we’re doing.” 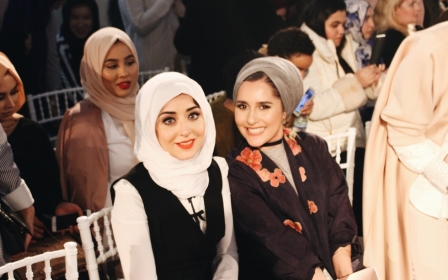 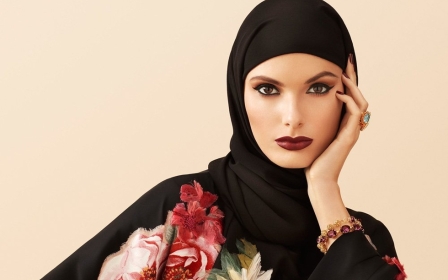 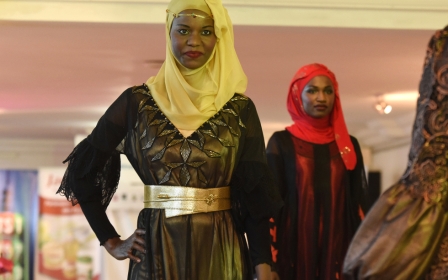