From Ertugrul to Ethos, seven Turkish dramas to get you started 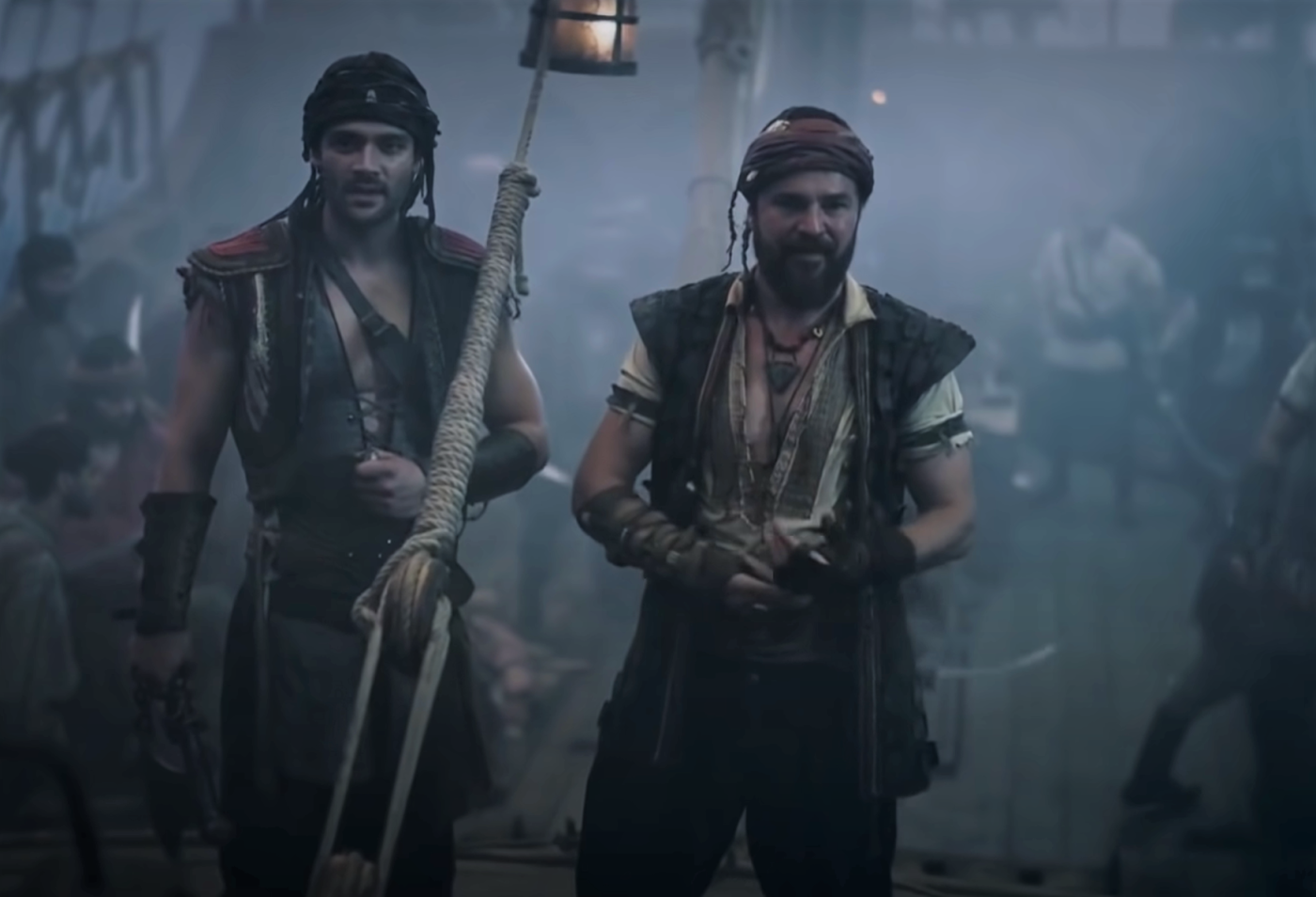 From dramatised historical epics like Barbaros: Sword of the Mediterranean to introspective studies of relations between social groups like Ethos, Turkish dramas have established a large and diverse audience across the globe.

Known as diziler or dizi for short, the television shows are becoming a lucrative source of income for the Turkish economy, with officials hoping the industry will pull in $1bn a year by 2023. 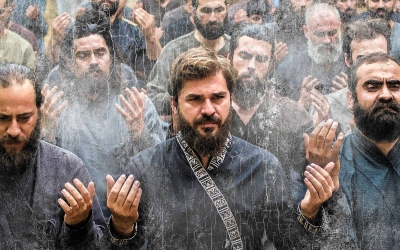 The most recent testament to their popularity was the launch of an Urdu-dubbed edition of the series Ertugrul on YouTube in May 2020, which got 10 million subscribers on the platform in around five months.

Official translations of the most popular shows are available in Arabic, Urdu, Kyrgyz and Spanish, alongside other languages, making the television serials one of Turkey's main cultural exports.

The dramas command audiences of around 650 million people across the globe, including a huge following in the Arab world.

But the trend is not without its opponents, as shows like Ertugrul are accused of promoting a rose-tinted reading of regional history that stands at odds with the interpretations of countries that were under Ottoman rule for centuries.

As relations between Turkey and Arab states such as Egypt, Saudi Arabia and the UAE soured in the aftermath of the Arab uprisings, religious authorities in those countries issued rulings banning their followers from watching the dramas.

Given such controversies, there might be heightened curiosity to see what all the fuss is about. To that end, Middle East Eye is providing a list of shows any fledgling fan of Turkish dramas should start with.

Perhaps Turkey’s most successful dizi export is an 150-episode series that first aired in 2014. Set in 13th century Anatolia, Resurrection: Ertugrul follows the adventures of the eponymous patriarch of the Ottoman dynasty.

Little is known with certainty about the historic Ertugrul, but the fictionalised series is heavily influenced by the Ottomans' own traditions about their origins.

The legendary Turkic hero is the son of Suleiman Shah, the leader of the Kayi tribe of the Oghuz Turks, who are migrating from the Central Asian steppes to Anatolia.

In that journey, Ertugrul and his band of nomad warriors encounter extremes of weather and myriad enemies, ranging from Mongols, to traitors within their own ranks, to the remnants of the Crusader forces in Anatolia and the Levant.

Also binding the story together is the romance between Ertugrul, played by Engin Altan Duzyatan, and Halime Hatun (Esra Bilgic), which starts after Halime's rescue from her Templar kidnappers in the show's opening episodes.

With his father’s death, Ertugrul becomes his tribe's leader and sets about establishing the beylik, which would go on to become the Ottoman Empire, under his son Osman I.

Despite its widespread success, some critics have accused the show's creators of promoting "neo-Ottoman fantasies" and being a vehicle for Turkish soft power in the Islamic world.

Those criticisms would appear to matter little to fans of the show, with its Urdu channel on YouTube alone picking up more than 5bn views in the 18 months since its launch.

Known as El Asesino del Olvido in Mexico, where it was released in August, this show is the latest Turkish drama to be adapted into a telenovela. In doing so, it joins the likes of Kara Para Ask (Black Money Love), which became Imperio de Mentiras; and Ezel , adapted as Yago for Mexican audiences.

Persona follows Agah Beyoglu, a man in his 60s suffering from forgetfulness, who visits a psychiatrist after his cat dies from hunger as a result of him forgetting to feed it. Diagnosed with early onset Alzheimer’s, Beyoglu fears he will lose himself to the illness, but also sees it as a chance to settle old scores while he still remembers them. Embarking on an elaborate plan of vengeance, the retired court clerk decides to take the law into his own hands.

The 11-episode detective drama is directed by Onur Saylak, and Beyoglu is played by Haluk Bilginer, in a performance that won him an International Emmy.

The aged killer leaves notes on his victims' foreheads for a female detective named Nevra (Cansu Dere) to discover. As she tries to solve the murders and figure out the clues, she is forced to unearth parts of her past she would rather have left buried.

Based on the Turkish novel Karakalem ve Bir Delikanlının Tuhaf Hikayesi (A Strange Story of Charcoal and a Young Man), the show follows Hakan, a man in his 20s, who works at his father’s antique shop in Istanbul’s Grand Bazaar in present-day Turkey.

The wheeler-dealer Hakan has dreams of a future beyond his father’s shop and soon ends up as an associate of the mysterious property tycoon Faysal Erdem, who is working on a renovation project at the Hagia Sophia. But their paths diverge on Hakan's discovery of a magical shirt, which thrusts him into a battle with the forces of evil, hell-bent on the destruction of Istanbul.

The show is in its fourth season on Netflix.

Another one for fans of Turkish history, and also of Ertugrul in particular, as Engin Altan Duzyatan again takes a leading role.

Set in the 16th century, the historical fiction series follows the adventures of Hayrettin Barbarossa (commonly known as Redbeard, and played by Ulas Tuna Astepe), an Ottoman corsair and later admiral of the Ottoman Navy under Sultan Suleiman 1.

Born as Hizir Reis in Lesbos, to an Orthodox Christian Greek mother and an Ottoman soldier, Barbarossa and his three brothers all took to the sea as sailors.

The show is being aired on TRT 1 in Turkey before being distributed by TRT to a global audience. Its first episode, available only in Turkish on YouTube, has already picked up seven million views on YouTube, at the time of publication.

This Turkish mini-series skilfully uses the interwoven lives of several main characters to examine the social, cultural and racial divides in the country.

In the first episode, viewers meet Meryem, a young woman from a religious family who works part-time as a cleaner for Istanbul’s wealthy.

The show juxtaposes the lives of rich and poor, secularism and religion through the different characters' personal stories.

Meryem keeps fainting. It isn’t a medical matter, says a doctor, so she sees a psychologist to better understand her trigger (anything to do with weddings). Her therapist Peri, is a "white-Turk", a term used to describe educated, secular Turks. She comes from old money and is Meryem's opposite. In turn, Peri herself seeks therapy for her own unhappiness and prejudices.

Following the six degrees of separation premise, connections are made to a host of other characters: the eight-part series also introduces the sufferings of a religious man, known as a hodja in Turkey, and his daughter, who is coming to terms with her own sexuality; a wealthy playboy who is desperately seeking happiness; and a former soldier, among others.

Though each have a different tale to tell, they all seem to be locked into a suffering brought on by their identities, which they cannot escape.

Fatma Yilmaz (Burcu Biricik) is a cleaner who has to deliver the unfortunate news of her son's death to her mobster husband Zafer, who was recently released from prison.

Unable to find him, the character ends up getting drawn into the criminal underworld he inhabited and kills a member of a gang.

Initially overlooked as a potential suspect by police officers due to her unassuming demeanour, her husband's former associates see value in keeping her around.

So begins Fatma's life as a mob killer and her transformation from timid cleaner to ruthless female assassin, driven by the injustices she has experienced in life.

The mini-series is just six episodes long and was released on Netflix in April.

Another hugely popular historical fiction, Magnificent Century is based on the life and loves of Sultan Suleyman the Magnificent, the tenth and longest-reigning ruler of the Ottoman Empire.

The 2011 production was the most popular show of its time with millions of viewers in 72 countries.

Set in the 16th century, the big-budget costume drama follows life in the sultan's harem, with actor Halit Ergenc playing the lead role.

Depicted as a womaniser and drinker in the show, the sultan goes on to fall in love and later marry his concubine Hurrem Sultan, a Romanian captive who became one of the most influential women in Turkish history. The popular slow-burning series (it clocks in at 139 episodes) drew the ire of Recep Tayyip Erdogan, then prime minister, who said the show was factually inaccurate and "humiliating".

“Those who toy with these values should be taught a lesson within the premises of the law,” Erdogan said.

In sharp contrast, the country's then-president, Abdullah Gul, said: “The fact that historical events or people are being dealt with in movies or TV series is a welcome development.” 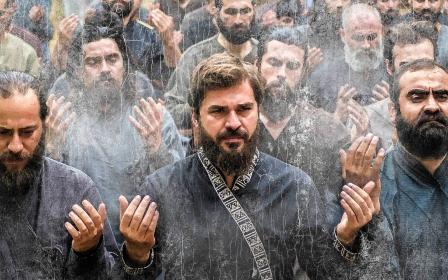 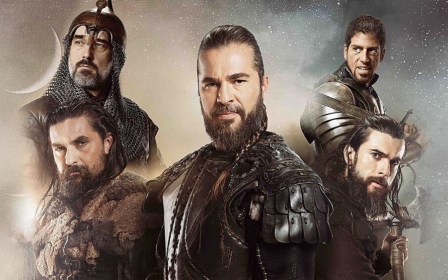 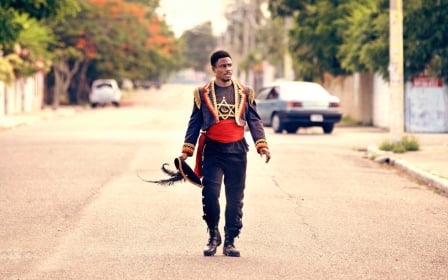