Middle East Eye goes to Bay Ridge in New York City, home to a large Middle Eastern community that has firmly established itself in the area 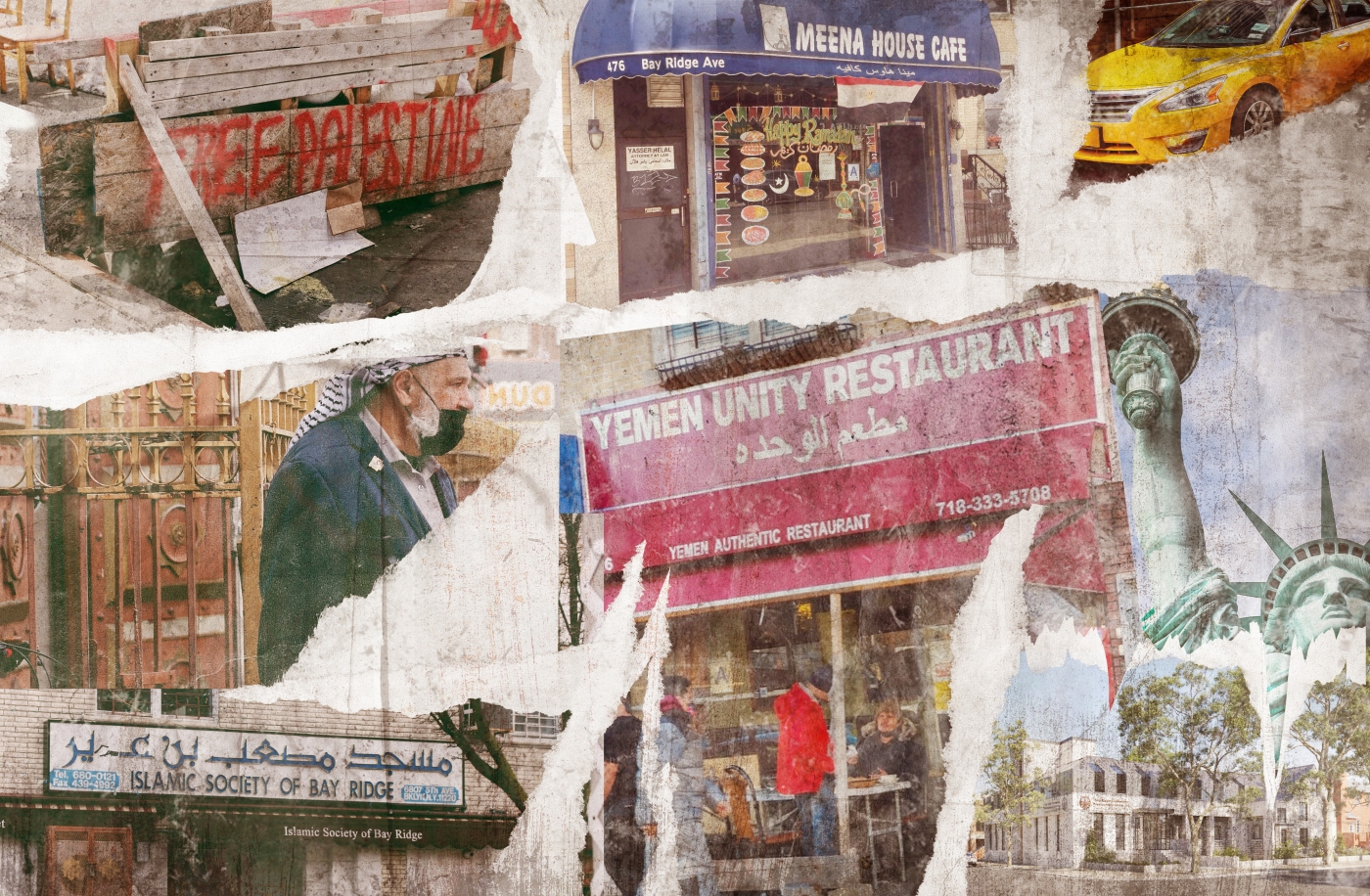 Bay Ridge in Brooklyn is home to a vibrant community of mainly Yemenis, Egyptians and Palestinians (MEE/Mohamad Elasaar)
By
Zainab Iqbal
in
New York City

Fifth Avenue, rolling from about 67th to 86th Street, is Arab - with Yemenis, Egyptians and Palestinians among others from the Middle East and North Africa.

It's a place where the verses of the Quran can be heard blaring out from inside a Yemeni furniture store and men talk loudly in Arabic to family members back home.

Locals call the area the "Arab hub" or the "Mecca for Arabs"; two nicknames that are backed by the numbers.

Official estimates based on the 2000 census put the number of Arabic speakers in Bay Ridge at 7,942 with a total population of around 40,000 in Brooklyn out of 100,000 Arab speakers across the city, based on more recent unofficial figures.

At grocery stores like Balady, Bay Ridge residents can stock up on Middle Eastern favourites from zatar to sumac. While at Nablus Sweets, they can grab syrup-soaked sweets, including Middle Eastern classics, such as knafeh and basbousa.

A halal butcher sits comfortably near a board emblazoned with graffiti bearing the words "Free Palestine", as Yemeni flags stand proudly alongside the American.

The scene is unrecognisable from the one that greeted the community's first arrivals from the Middle East decades earlier.

Those early migrants helped mould the area into what it is now and have not forgotten their first experiences of American life.

Zein Rimawi was born in 1954 in the village of Beit Rima, nine miles north of Ramallah in the Occupied West Bank, where his father was once mayor.

The Palestinian has hated hearing the numbers six or seven, or 67, since the Arab defeat in the 1967 war with Israel, in which the West Bank, East Jerusalem and Gaza Strip were conquered by Israel, remaining under military occupation to this day.

Despite the trauma of war and occupation, Rimawi excelled academically, earning a scholarship to study in Germany and then living in Lebanon for a while before making his way to study at New York's Wagner College in the 80s.

Rimawi has not returned to Palestine since and has made the US his permanent home, joining hands with other Arabs and Muslims to ensure their community had the amenities they needed to participate in American life while staying in touch with their roots.

According to Rimawi, the first Arabs in the area were Christians, who came in the 1960s and 70s, followed by Muslims in the 80s.

During this period, Rimawi, along with several others, got together and founded several mosques. One was on Atlantic Avenue, called Masjid Al-Farooq. But the main mosque in Bay Ridge is the Islamic Society of Bay Ridge, also known as Masjid Musab bin Umayr after a companion of the Prophet Muhammad.

He recalled how the person who owned the space offered them three stores, the backyard, and the basement for free to be used for the mosque.

Once the mosque was established, Muslims began moving into the neighbourhood in larger numbers.

Al-Noor, the largest Islamic school in New York, was also established by Rimawi and his associates.

Although today many Muslims from Bay Ridge attend the school in safety, things have not always been so smooth.

At one point, according to Rimawi, people would throw beer bottles and pork at the Islamic school.

“At that time, we were young people. Nobody knew us, as we didn’t have enough money. People looked at us like, 'What are these crazy people? They want to open a school and they don't have enough food to eat,'" Rimawi told Middle East Eye.

Today, Muslims are a well-established part of the Bay Ridge community and have developed strong ties with others in the area.

A testament to those good community relations is Mike’s Donuts, a 46-year-old family establishment owned by Greeks, which opens up in the evenings during Ramadan to cater to Muslims leaving prayers.

A duty to the community

Despite early struggles, Rimawi believes the community's efforts were worth it and have allowed the area's Arab community to focus on more ambitious projects.

Plans for the Bay Ridge Community Development Center (BRCDC) are in their late stages and the facility is set to open soon.

The building, which is a converted church, will host weekly events for young people and will have a food distribution programme for those in need.

Together, the community raised $2.6m to purchase the old church that had been out of use for ten years.

“The thing is, we have so many mosques, right? We now have a lot of Islamic schools. But what we don’t have are community centres for both Muslims and non-Muslims,” said Bibi Esahack, the centre's executive director.

"I think that the needs of the immigrant community are very specific. And we're trying to address those with community casework and providing food and providing the things that are needed for that community specifically,” she told Middle East Eye.

“I think that we have a responsibility to reach out to them and say: ‘Hey, listen, we're in this neighbourhood. And we look like this and we want you to know who we are and we want to know who you are and just create that great inclusion.’”

But despite those lofty ideals, Bay Ridge is still not immune to the forces of discrimination, Islamophobia and racism that are present in other parts of the US.

Sally McMahon has been living in Bay Ridge for the past 35 years and remembers the influx of Arabs and Muslims into the area.

At the time, she was a teacher at a local high school and recalls teachers speaking disrespectfully about Arab children.

“People were saying Bay Ridge is becoming little Beirut. Even after 9/11, people were saying hurtful things. But we stood up to that. We all said, these are our kids and you cannot speak about them like that,” she recalled.

'Even after 9/11, people were saying hurtful things. But we stood up to that.'

After Donald Trump’s election as US president in 2017, McMahon founded Fight Back Bay Ridge, a grassroots organisation that mobilises for progressive action.

While working at the organisation, she witnessed countless examples of racism and Islamophobia against the community, including verbal abuse and threats.

Murad Awawdeh, the executive director at the NY Immigration Coalition, was a long-time resident of Bay Ridge before he moved to Staten Island. He said the Muslim communities play an understated role in preventing areas of Brooklyn from becoming dilapidated.

“The Arab and Muslim community continues to thrive because of their ability to (succeed) even in unforeseen circumstances like economic recession, Covid, the collapse of the economy back in 2008," he told Middle East Eye.

"It just shows our community’s ability to continue to really be an economic driver locally, as well as nationally.

“The Arab, immigrant, South Asian, and Muslim communities have kept Brooklyn going. They haven’t gotten their due, but they definitely have been an economic force in the borough forever.”

Given the community's contributions to ensuring Brooklyn's economic success, activists are keen to make sure their voices are taken seriously as a political force.

One figure leading the push for greater representation is Khader el-Yateem, a Palestinian-American community organiser and Lutheran reverend, who ran for City Council in 2017.

His historic race galvanised the entire community. Abdullah Younus, a Bay Ridge resident, calls Yateem an “absolutely inspirational, once-in-a-generation candidate… an opportunity to put somebody that looks like us, that talks like us in the City Council.”

While the campaign did not lead to his election, it was successful in inspiring a generation of activists committed to the cause of “progressivism” in Bay Ridge.

After the campaign ended, Younus and several others wanted to keep the momentum going by forming Yalla Brooklyn, an organisation working on harnessing the power of Arab and Muslim voters.

The organisation is helping to make sure residents are registered to vote and to introduce people to the political process.

Their initiative focuses not just on the technical details of participation but also on making sure people have the information needed to use their votes on candidates who have their best interests at heart.

Like many across the US, soaring prices and extortionate living costs are making residents of Bay Ridge rethink their future in the area.

But community leaders like Rimawi are encouraging upcoming generations to face such difficulties head on.

“We did better than you guys. What did you do? Ask yourself, what did you do?" Rimawi says, admonishing those who do not use the civic tools they have access to in order to improve their situation.

That's a position shared by Esahack, who argues Bay Ridge's younger generations have a duty to their community

“We, our grandparents, and our parents built centres and are in the process of building centres. Now you have a responsibility to say, ‘Hey, I'm going to take up the flag now. I'm going to not just become the token doctor or become a lawyer,'" she said.

"We should be holding our politicians accountable. And saying to them, we're here. We deserve the same as any other community.” 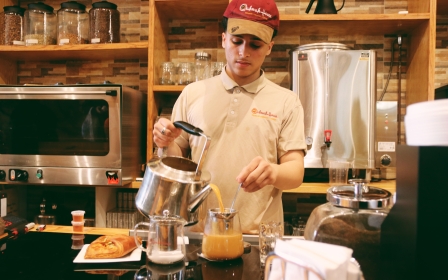 Yemen War
Qahwah House: A Yemeni cafe bringing New Yorkers together, one sip at a time 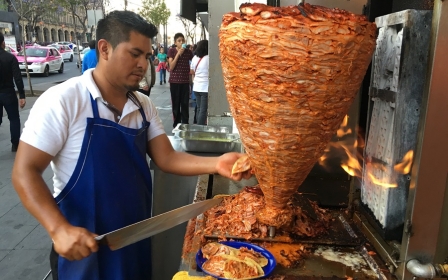 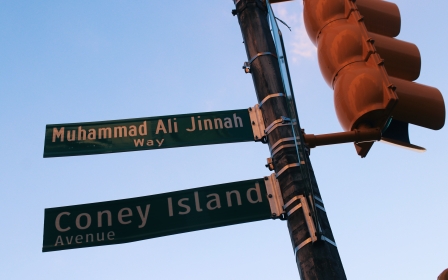