Born into poverty and marginalised by wider society, Tanim has been fighting for recognition of his writing for decades 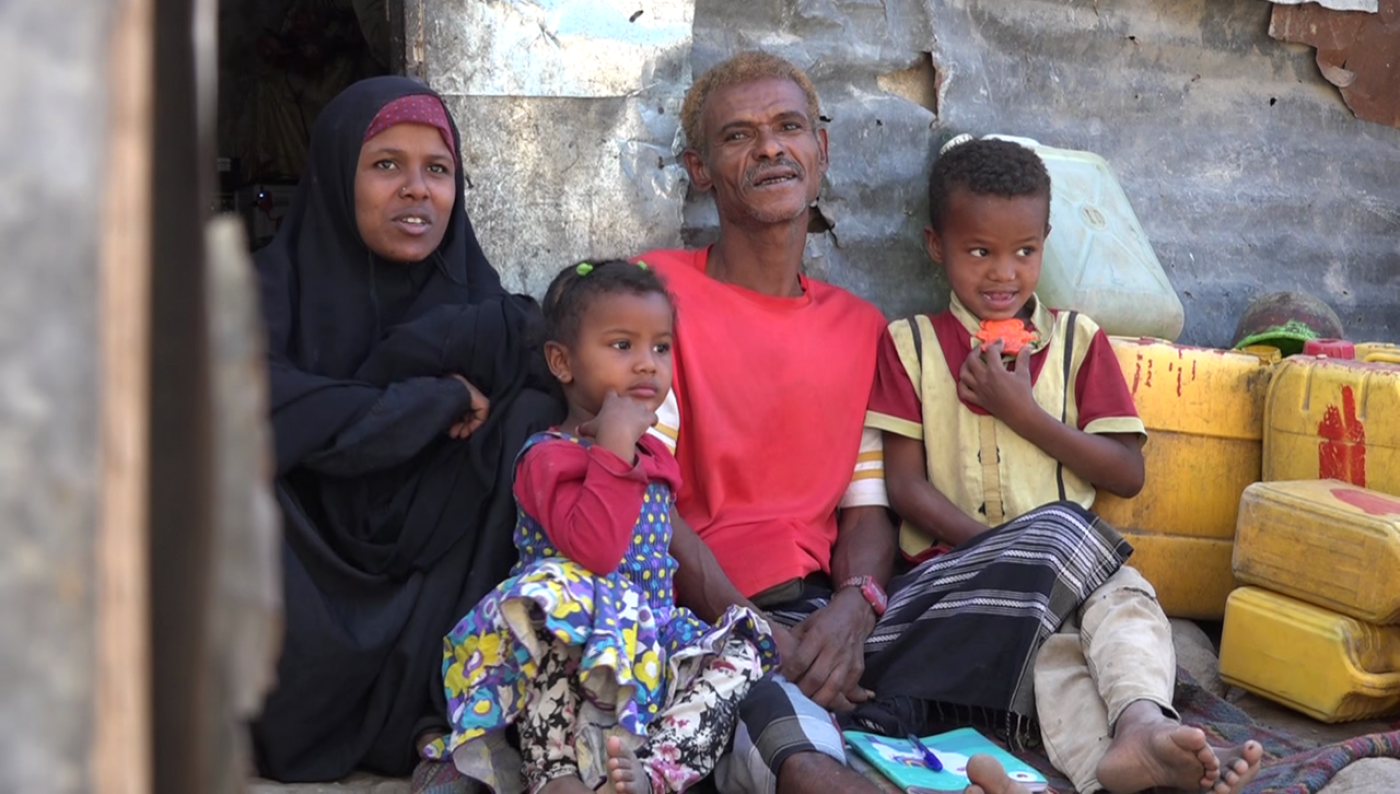 Suleiman Tanim and his family outside his home in the city of Taiz (Yacoub al-Sharabi/MEE)
By
Yacoub Al Sharabi
in
Taiz, Yemen

The Yemeni poet Suleiman Tanim enjoys a significant degree of respect in his hometown for his craft, but his success today has come after decades of struggle and rejection.

In an annual book fair organised by the Taiz Cultural Office in December 2020, the organisation’s director, Abd al-Khaleq Saif, described Tanim as the ‘"jewel" of the event and a volume of his work was the centrepiece of the occasion.

From the marginalised Akhdam community, who are distinguished from the wider Yemeni population by virtue of their darker skin and supposedly African heritage, 46-year-old Tanim says he has faced an uphill struggle for recognition. For a long time, despite being published in newspapers, few publishing houses would consider his poetry.

Even getting recognition from newspapers was no straightforward journey. In one defining incident, he claims he was flippantly dismissed by some editors at the popular Taiz-based newspaper Al Jumhuriya.

In 1993, when the incident occurred, the pages of the paper’s cultural pullout was the place every poet wanted their work published. Tanim was optimistic about his chances of making the cut, since he'd previously had work published in daily editions of the newspaper.

The editors at the cultural section, however, seemed less impressed. They were quick to dismiss him upon meeting him - and the manner in which he was rejected suggested to Tanim that it was more than just the merits of the works that were a factor. Although impossible to prove, he believed his skin colour and background had played a part.

Overwhelmed with disappointment, he sank to the ground outside the gates of the newspaper’s office and began writing verse, which would become his poem Black Face.

And here in the temple is a bird,
In fear, it searches for a place to settle
They banish it and say there is no nest
For your song, there is no
Grass nor water, so go
There is no shelter for the face that is black

According to Tanim, by chance the chief editor of the same paper happened to walk by as he was finishing the poem. Upon seeing him, the poet accosted him and told him about his experience with the cultural supplement’s editors. The chief editor read the poem, and it was then published in the next issue of the weekly pullout.

Tanim’s career as a poet had its first major success.

Born in the Jabal Ras district of Hodeidah, Tanim lost his father in early childhood and had to drop out of school because of his family’s poverty.

“I took reading lessons for less than a year,” Tanim says, explaining further that he had to quit school because his family were moving to Taiz in search of better opportunities.

That year of education was nonetheless crucial in giving Tanim the grounding to continue studying independently.

While working as a shoemaker, Tanim spent his free time reading in libraries and mosques, eventually attaining the ability to understand works of literature, poetry, prose and theology.

“I read many books … until I wrote my first poetic verses,” he says.

His first poem, which remains unnamed, touches upon his early struggles and encapsulates the pessimism of an upbringing amid poverty.

Since his success with the poem Black Face, Tanim has published more than 150 pieces in Al Jumhuriyah and other newspapers.

Writing in Yemen’s colloquial dialect of Arabic, a theme that comes up regularly in his work is being rejected due to his background and the physical displacement brought on by poverty and war.

The Akhdam community is said to originate from Ethiopian soldiers who settled in the country in the pre-Islamic Aksumite invasions. As they do not have a confirmed tribal origin, they have been treated as outsiders by many in Yemen, and are forced into menial careers, often as shoe-repairers or street sweepers.

‘I will not die twice’

While the content of Tanim’s work focuses on life’s adversities, he himself is far from fatalistic. He approaches life with the attitude that even suffering and near-total loss can be overcome by sheer determination.

One of the most devastating moments in his career came in 2015, when a missile strike destroyed his home in Taiz. Mixed in the rubble were volumes of Tanim’s poetry, which he had written and collected over two decades - the majority of it unpublished.

“I cried,” Tanim says. “I was in agony when I got the call telling me that my house with my books inside of it was burning.

"It took me 20 years to write those but all that was left were ashes.”

Homeless and with his life’s work turned to dust, Tanim wrote the poem Stranger.

I'm a stranger inside you, my country
Without shelter or dwelling
Without food or water
My companions are misery
And grief

A period of despondency followed for Tanim, during which he could not muster the will to write. He moved from Taiz back to Hodeidah with his family but, amid the sorrow, he says he felt the birthing pangs of a new beginning.

Much of the poems he had lost, he could still remember by heart, and those which he had forgotten he decided to restore using fragments rescued from the rubble of his former home. Pledging to live by the maxim “I will not die twice”, Tanim returned to Taiz and got to work compiling a new collection of his poetry, titled Ghonog Tanim (The Pride of Tanim).

It was this volume that won him the recognition of the Taiz Book Fair; it was the acknowledgement he had craved since first trying to get published in Al Jumhuriya’s cultural pullout almost three decades earlier.

Nevertheless, despite the success, war and poverty continue to blight Tanim’s life.

Since 2015, Taiz has been the scene of an attritional struggle between the Houthi movement and fighters loyal to the Yemeni government it dislodged from power.

In a mud-baked shack within the city, Tanim continues to live, making and repairing shoes to get by. 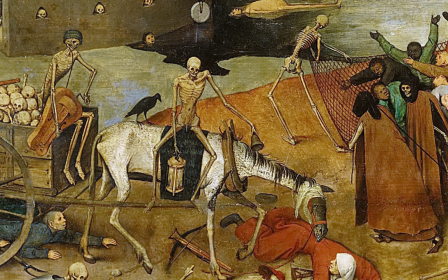 Books
Plague and poetry: How Middle East authors have written about disease