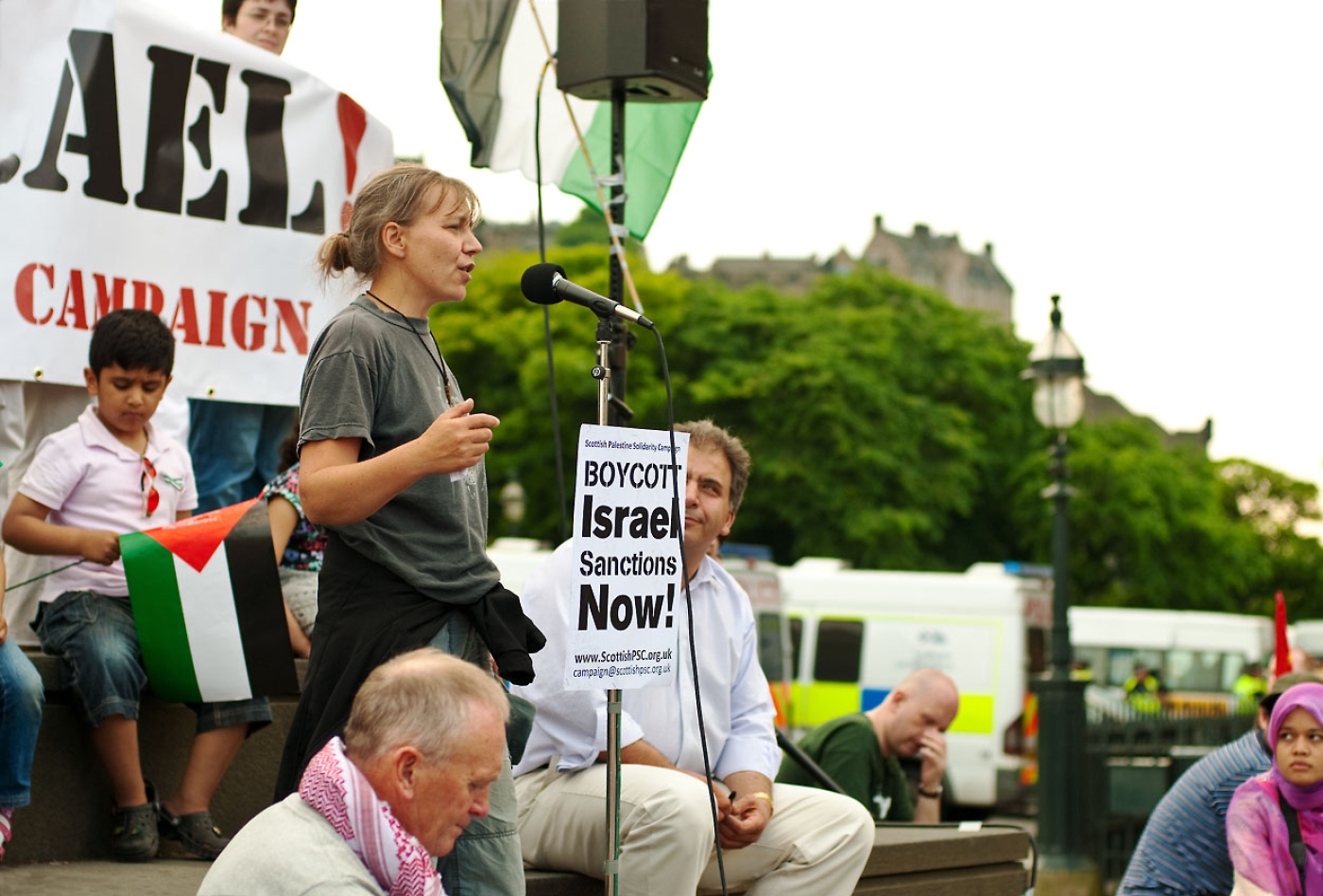 The Israel-Palestine conflict has often served as a litmus test for other global conflicts involving elements of colonialism, ethnic strife and national liberation, with different groups identifying with either the Israelis or Palestinians on the basis of a supposed shared struggle.

In the British Isles this has been most consistently evident in the Northern Ireland conflict, where the Protestant unionist community can frequently be seen flying Israeli flags outsides their pubs and community buildings, while Catholic nationalists developed close ties with the Palestine Liberation Organisation and advocated for Palestinian liberation.

Few would argue – outside of the most ardent traditional nationalists – that there are direct parallels in the vote over Scottish independence, but there have been clear signs of division on the issue in the lead up to the 18th September vote.

The story of Orthodox Palestinian bagpipers expressing their support for independence has been doing the rounds on social media, with the inhabitants of Beit Jala in the West Bank, who have a taken a colonial hangover – the bagpipe – and turned it into their own, avidly condoning the move to independence in Scotland.

"The Scottish want their independence, their state, so they can live in a country that's theirs and theirs alone," said piper Khaled Qassis.

Israel, however, has found the move a less attractive concept and the political controversy between the two countries over the decision has already sparked up.

Scottish National Party leader Alex Salmond – First Minister of the Scottish Parliament and the primary advocate of independence - only last week got into hot water after seemingly comparing the actions of the Islamic State to the Israelis’ actions during the Gaza conflict.

“The Muslim community of Scotland isn’t responsible in any shape or form for atrocities or extremism,” he told the BBC on the 14th of September, in relation to the rise of the Islamic State.

“Just like a few weeks ago the Jewish community of Scotland wasn’t responsible for the policies of the state of Israel.”

Although Israel’s honorary consul in Scotland, Stanley Lovett said he thought his comments were acceptable, the Glasgow Jewish Community Trust warned that there had recently been in Scottish politics “serious signs of anti-Israel and anti-Jewish attitudes.”

Pro-Palestinian campaigners have welcomed Salmond’s views on the conflict, particularly his calls for an arms embargo on Israel in light of the atrocities taking place in Gaza, but Israeli commentators have increasingly been claiming an independent Scotland – and the nationalism underpinning it – would be a potential hotbed for anti-Semitism and anti-Israel sentiments.

“There is no doubt that from the day after a Yes vote, the small, angry band of generally non-Muslim, pro-Palestinian supporters would be hounding the politicians to make Scotland an international example of anti-Israel foreign policy,” wrote Nick Henderson in the Jerusalem Post.

“As Israel continues to battle terror, from Hamas to ISIS, Scotland won’t be standing with us.”

One of the other most vocal advocates of Scottish independence has been the left-wing Radical Independence Campaign (RIC) – including the Scottish Green Party, the Scottish Socialist Party and other socialist groups – who are resolutely pro-Palestine and feature many advocates of Boycott, Divestment and Sanctions.

“An independent Scotland could have a Palestinian embassy and support sanctions against Israel,” RIC co-founder Jonathon Shafi said in a press release ahead of a pro-Palestine march against Operation Protective Edge.

“This is not the first time Israel have committed war crimes, such as collective punishment, and as long as the UK Government and the rest of the international community continue to stand in support of Israel, it won’t be the last.”

Chris Bambery, author of A People’s History of Scotland and a leading supporter of RIC told Middle East Eye that much of the appeal of Scottish independence to the country’s minority communities has stemmed from its more forthright stance on Israel.

“The opinion polls have suggested that two thirds of Muslims in Scotland will be voting Yes and that’s because of the Gaza conflict and the fact that the Holyrood government took essentially a pro-Palestinian position,” he said.

“Sending aid directly to Gaza and also calling the UN to enforce a ceasefire.”

“It also flows out of, in large parts, the 2003 Iraq invasion,” says Chris Bambery. “The fact that the then opposition SNP opposed the war has also had an impact on that and we’ve seen that the opposition to illegal wars has become an increasing factor in people supporting yes.”

Much of the international community has rallied to oppose the vote independence.

US President Barack Obama said that a united Britain was “an extraordinary partner for America and a force for good in an unstable world. I hope it remains strong, robust and united.”

Senior forces within the British navy have joining military and foreign policy analysts warning of the difficulty of either Scotland or the UK maintaining their position as a military power.

Writing in Foreign Policy, political analyst Emma Ashford said independence would be disastrous for international security, and that it would “severely impact the capabilities of the [Rest of the UK] to act as a partner on foreign and defence issues.”

Bambery sees the threat to a contiguous Western foreign policy – and the potential that could have for Israel – as a major factor in the debate.

“I think that’s one of the major reasons why the pentagon, Obama and the whole atlantic alliance has come to publicly call for a no vote,” he said.

“And Israel does not want any western European government, however, small the country, breaking from that pro-Israel consensus – its very important to Israel that its got the support of the European and North American governments.”

He attacked the suggestion, however, an independent Scotland would be a font of anti-Jewish sentiment.

“I would point out that Scotland has actually very little history of anti-Semitism. If you look back to the 1930’s the British Union of Fascists had much less support in Scotland compared to what existed in England and I would argue that anti-Semitism has not been a particular feature of Scottish history in the 20th century – I’m not saying it didn’t exist, but even compared to England its been less.” 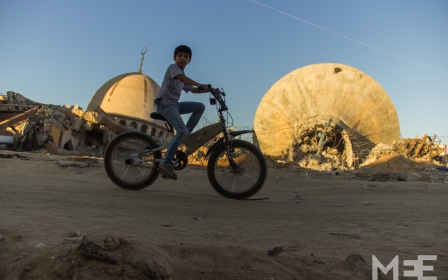 Gaza Under Attack
In pictures: Life despite everything in Gaza's Khuza'a