Palestinian designer for rich and famous pops up in West Bank

Though Palestinian designer Rami Kashou has Hollywood stars and royalty wearing his designs, he has not forgotten his roots 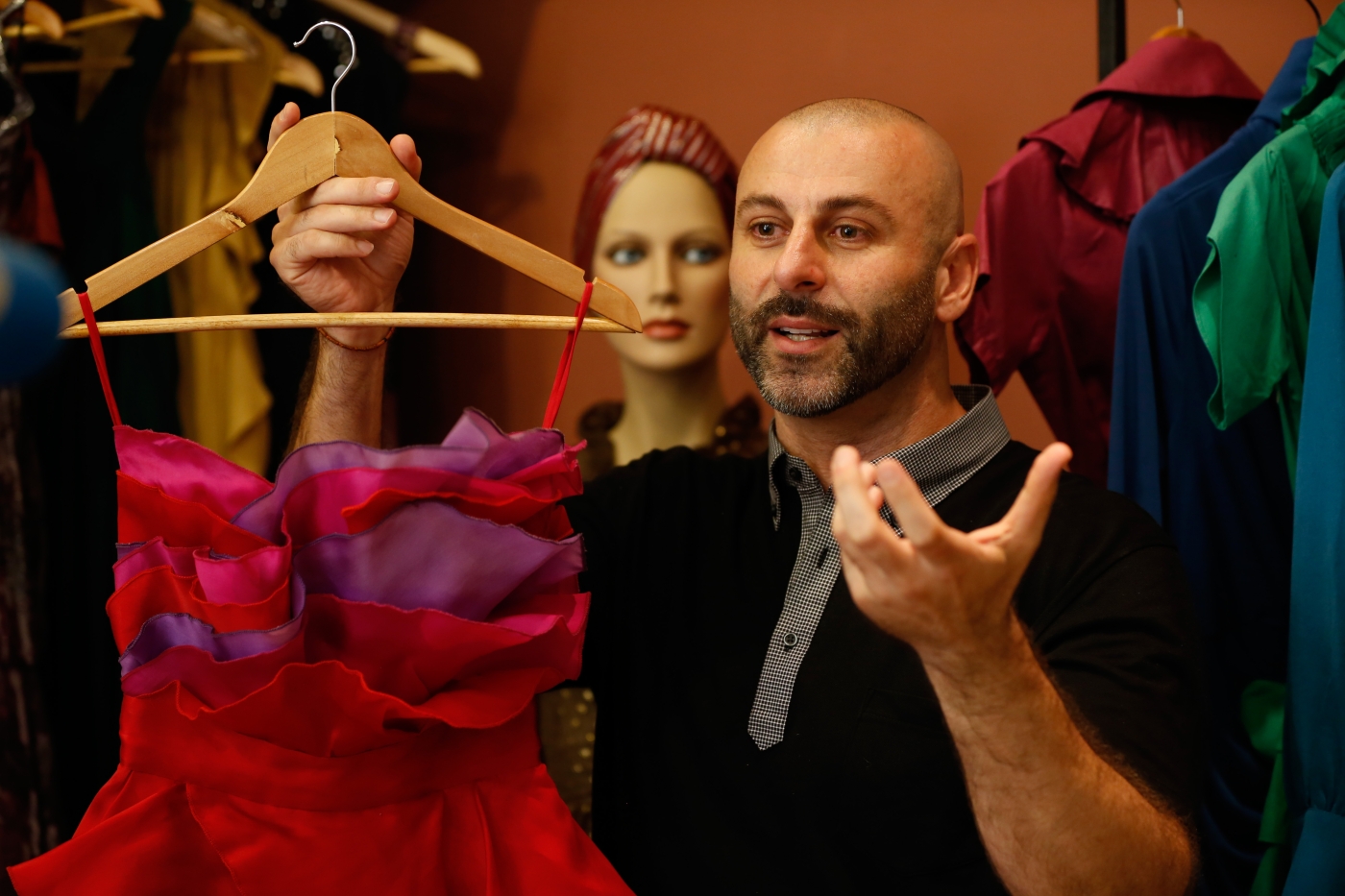 Rami Kashou's designs are worn by Hollywood stars and royalty, but for the past few days he has been back home in the occupied West Bank rather than London, Paris or New York.

As on most days, Yasser Arafat Square in central Ramallah was crowded with pedestrians, taxis with screaming horns and fruit sellers lugging their goods on carts.

But tucked behind a nondescript door another world beckoned: one of burgundy walls and floor-length mirrors, as Kashou hosted a three-day pop-up fashion shop.

A handful of women of all ages browsed the elegant designs, occasionally trying on clothes under the watchful eyes of Kashou, who rushed to dispense fashion advice when needed.

But Kashou, who is 40 and was born in Jerusalem, has now made copies of his creations for Palestinian women that they would otherwise only see in magazines.

He left for the United States in 1996 and now lives in New York.

"I was away for a long time," the bearded, shaven-headed Kashou, dressed in black, told AFP in the store.

"I usually come to visit my family, [but] this is the first time I brought my designs here."

Kashou shot to fame in 2008 when he appeared on the fourth season of the Project Runway reality television show.

He reached the finals, coming second to Christian Siriano, who designed the dress worn by US First Lady Michelle Obama as she addressed the Democratic National Convention last week.

Kashou said the show opened doors for him in America and elsewhere.

"I benefited a lot. It was a big advert, especially for me as a Palestinian designer," he said. "And the Arab world became aware of me."

He is now developing his brand in Arab countries.

In Ramallah, the Palestinian political capital in the Israeli-occupied West Bank, he showed off his unique style of dresses, including one resembling a bouquet of flowers with a pink and red collar, which he said was inspired by a trip to Puerto Rico.

The garments, including a magenta cocktail dress designed for super model Heidi Klum, feature a range of exquisite fabrics such as chiffon, georgette, lame and silk.

Suha Hussein, 32, inspected herself in the mirror as she tried on a sleek black Moroccan-style dress with beads engraved around the neck, based on an original made for Queen Rania.

"I feel proud because we have such a talent and he is still interested in returning to his country," she said.

Turning to the dress, she smiled: "I hope it isn't too expensive, so I can buy it."

A single Rami Kashou dress can cost several thousand dollars, a sum impossible to imagine for the vast majority of Palestinians, where the unemployment rate is around 27 percent and one in five of those in work makes less than $380 a month.

Does the designer who has made it big in America really see opportunities in the Palestinian territories?

"There is an important market here," he said. "It is extremely important to study the market to know the customers and their needs."

"And it is wedding season, women here want glamour." 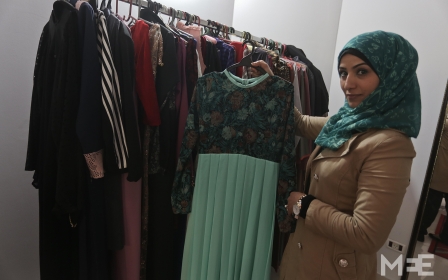 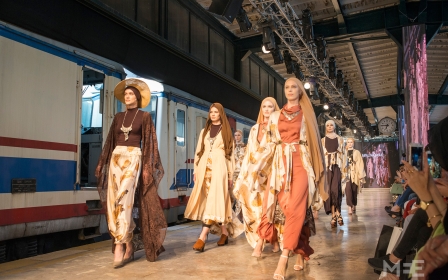