After Egypt’s uprising and the bombing of a Russian plane, the country’s tourism industry was shattered, but it is slowly starting to recover 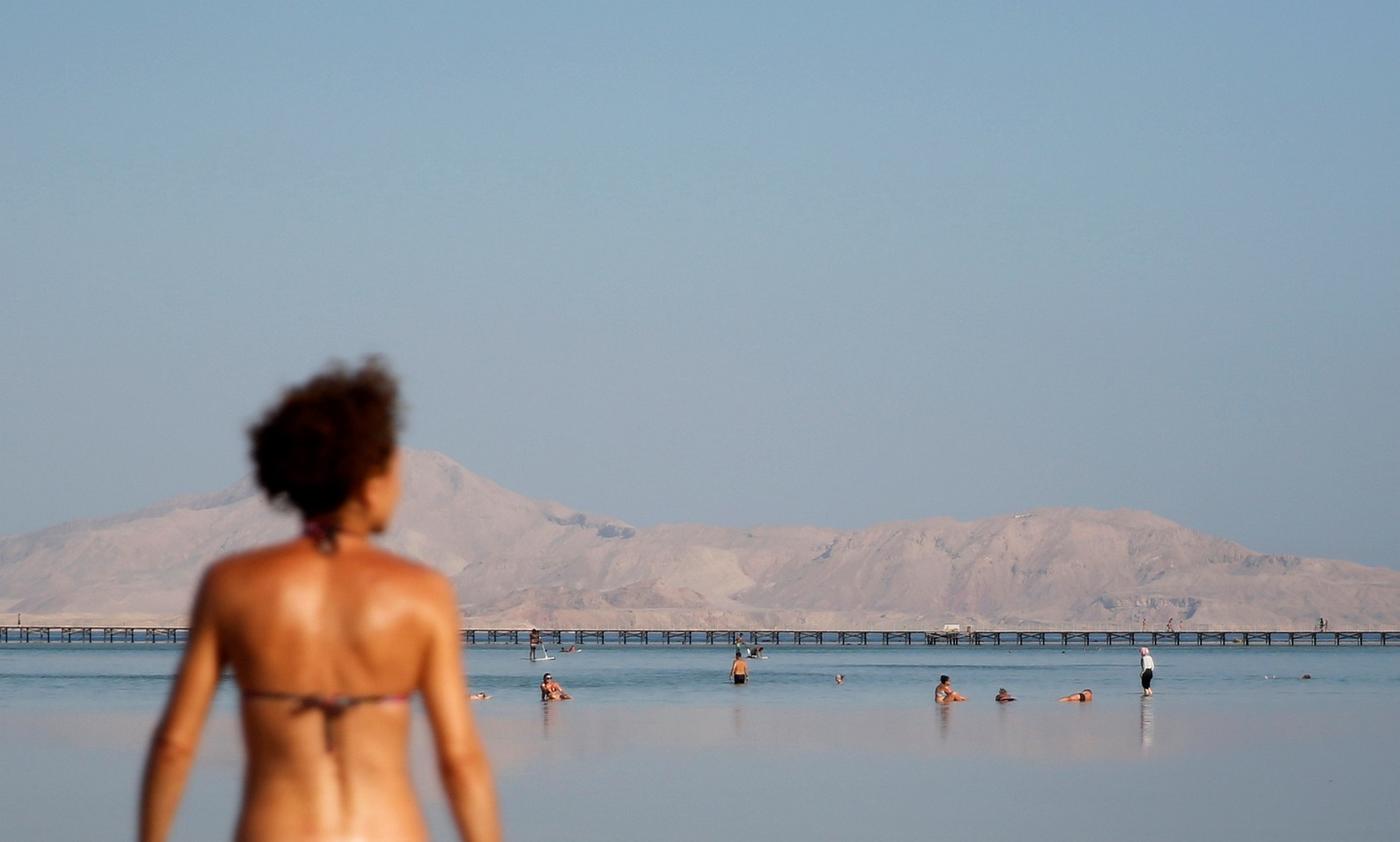 SHARM EL-SHEIKH, Egypt - Egypt's most famous Red Sea resort looks like a scene from a European party island, such as Cyprus or Ibiza. The coastal town has beers for less than $2, hookah, loud music and a bar at every pool. There’s just one thing missing: people.

Once a tourist haven with its spectacular corals and desert beaches, today many tourists are staying away from Egypt's resorts in south Sinai.

Seven years after the Egyptian uprising in 2011, the beach paradise is struggling but slowly starting to recover from the decline in visitors.

Though Sharm El-Sheikh cannot exactly be called a ghost town, it is far from what it used to be. Hotel pools in the main resort of Naama Bay are deserted and only some of the private beaches are occupied by small groups of tourists.

I feel safer here than in London

Walking around the centre you’ll hear more Russian than English or Arabic, thanks to the overwhelming majority of Ukrainian tourists.

Pete Bruce, a British diving instructor who has lived in Sharm El-Sheikh for 11 years, thinks it’s ridiculous how most Brits have stopped coming to Sinai.

“Look around, it’s completely safe here. It’s the media that scares them away.” His tanned skin and bright blonde hair seem to have dried up like rope from the salty seawater.

“I feel safer here than in London,” he says before finishing his Stella beer.

Tourism in the whole country started to decline soon after the uprising that overthrew former President Hosni Mubarak in 2011. Since then, Egypt has taken one blow after another, drastically affecting the number of tourists visiting.

The most fatal blow, however, was the bombing of a plane heading to St Petersburg from Sharm El-Sheikh in October 2015, which killed all 224 people on board. Most of the passengers were Russians returning home after vacationing in Sinai. The Islamic State group's Egyptian branch claimed responsibility for the attack.

Following the incident, both Russia and the UK halted direct flights into the Sinai. As a result, Egypt’s tourism revenue halved to $3.77bn in the 2015-16 fiscal year.

It’s been a good summer, much better than last year, but definitely not as good as back in 2010

Alternative routes to Sharm El-Sheikh, such as stopping for layovers in western European countries, including Germany and Belgium, as well as Turkey, have been used to circumvent the ban.

Direct flights from Moscow to Cairo resumed in April of this year, but it is not clear when flights will recommence between Moscow and popular tourist destinations on the Red Sea.

For those more adventurous or travelling on a budget, there is the option of taking a bus from Cairo. With no air conditioning and the hassle of passing through numerous checkpoints, the bus from Cairo to Sharm El-Sheikh takes about nine hours. The bus avoids the more dangerous north Sinai, where just last month a car bomb targeting security officials killed a police officer.

No group claimed responsibility for the attack, but the Islamic State group is still active in the northern part of Sinai. Most governments advise against any travels in the Sinai, including the UK.

Egypt has, however, been showing some signs of recovery recently. According to the United Nations World Tourism Organisation, Egypt saw an increase of 55 percent in tourists in 2017 in comparison to 2016. Reuters reported that Egypt’s tourism revenue increased by 77 percent in the first half of 2018, compared to the same period of last year.

Most souvenir shops and small supermarkets in Naama Bay are closed until later in the day. Tourists usually come out to explore around 4pm and even then, the town remains mostly empty. At the bar of the Oonas hotel, a group of Dutch tourists and their British diving instructor are enjoying Egyptian Stella beers.

“We used to go every year, but we haven’t been here in five years because of the flight ban,” says a couple in their 60s. “It’s too much of a hassle to get here without a direct flight. If there had been flights, we would have kept coming despite the security issues. This is the best place to dive.”

With the whole of the Red Sea known for its stunning marine life, which includes whale sharks, dolphins, hammerheads and eagle rays, Sharm El-Sheikh is famous for a number of diving sites. Divers can visit Yolanda, a shipwreck carrying ceramic bathroom fittings, or the SS Thistlegorm, a British merchant Navy ship, which was sunk in World War II.

'People are starting to forget'

According to the manager of the Oonas hotel, Ahmed Amr, who has been with the hotel for nine years, tourism has improved in the last year.

“People are starting to forget what happened,” he says, referring to the plane attack, but he does not think the only solution is to lift the flight ban.

“We shouldn’t be waiting for the Russians and Brits to come back. We should focus on other European countries, make ourselves appealing to them and ask for help from the Egyptian government in marketing.”

Amr, who grew up north of Cairo, says that a couple of years ago he saw hotels in the area close down, friends lose their jobs, and wages fall.

Through online advertisement and unique deals, the hotel is trying to increase business and get back to where it once was. “It’s been a good summer, much better than last year, but definitely not as good as back in 2010.”

Egyptian tourists don’t go on safari or other trips. They don’t even eat at the restaurants and when they do, they complain about the prices

Russian tourists used to be at the top of Egypt’s tourist market. Even after the revolution, Russians still visited the Middle Eastern country with 3 million tourists in 2014 alone. The figure fell dramatically following the bombing in 2015, with only around 94,000 Russian tourists visiting Egypt in 2017, according to official figures by Egypt’s Ministry of Tourism.

While tourism was expected to keep growing this year, the recent death of two British tourists in Hurghada due to the E-coli bacteria, which prompted Thomas Cook to remove all of its customers from the hotel where they allegedly became ill, is likely to pose another blow to the flow of tourists into Sinai.

When I first got here, I couldn’t believe people still survived off tourism. The place was entirely empty

Dahab is known for its clear blue water, wonderful marine life, and sites nearby such as the blue hole, a 120-metre-deep sinkhole that is described as "the most dangerous dive in the world".

In the afternoon, in the heat of the day, there seem to be more stray dogs than tourists on Dahab’s main street, Al-Masbat. Restaurants appear open but the waiters are taking naps underneath tables. Shop owners sit in front of their souvenirs with their glassy-eyed stares.

Some shops and restaurants are permanently closed and a number of hotels are abandoned, leaving empty shells of buildings that were once luxurious resorts.

Islam Mohammad, a young Egyptian originally from Cairo, stands in front of the quad-bikes he tries to rent out to anyone who walks by. “I used to be busy all the time, every day,” he says. “We still have tourists here in Dahab, but they’re mostly Egyptians and I don’t like them. They throw rubbish everywhere.” 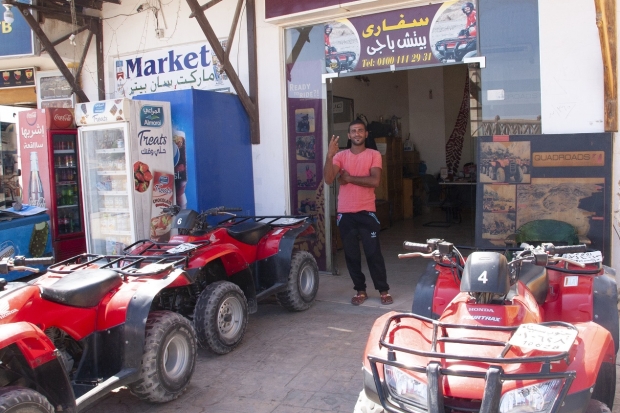 Ahmed, a guide who organises safari trips, agrees. “Egyptian tourists don’t go on safari or other trips. They don’t even eat at the restaurants and when they do, they complain about the prices.”

The biggest challenge has been finding the products. Avocados are like heroin here

Booking a double room in one of Dahab's three-star hotels costs around $40 for three nights.

A $50 camel safari ride, which is a steep price for the average tourist, is unimaginable for most Egyptians, whose average weekly income is EGP 1050 ($58).

In November 2016, Egypt’s central bank floated the pound, which plunged against the US dollar. Since the bank’s decision, the rate of the Egyptian pound has reached approximately EGP 18 per dollar.

The small town gets busier in the evening. Western tourists fill some tables at restaurants, while Egyptian tourists go for evening strolls past small shops, and young children ride on bikes.

In the small area between the Downtown Cafe and the British Churchill Bar on Dahab’s main road, the town is full of life; yet five minutes away from either side of the area, it is completely abandoned.

Dahab is what makes the struggle worth it. The town is beautiful. It’s the best place to dive

British-Peruvian waitress, Jo Olive, arrived in Dahab for the first time in February to visit her boyfriend. “When I first got here, I couldn’t believe people still survived off tourism. The place was entirely empty. It has definitely increased over the past months.

One of these new places is Jackie’s, Dahab's first Mexican restaurant. Jackie's is decked out with sombreros and Mexican flags and Latin music is playing from speakers. The menu offers a variety of Tex-Mex style food, including tacos, enchiladas and burritos. Jackie’s opened in December and according to owner Mohamed Jackie, 45, business has been "perfect".

“If there’s no challenge, it’s not worth it,” says Jackie defiantly.

Before opening his restaurant, Jackie worked as a senior HR manager at an insurance company in Cairo.

“I hate the corporate world. Everything is so impersonal,” she says. “Dahab is different. It’s relaxed, a different kind of culture.”

Jackie first came across Mexican food when he visited California, and soon after he decided Dahab needed a Mexican restaurant. He flew two Mexican chefs to Dahab to train Egyptian chefs. “The biggest challenge has been finding the products. Avocados are like heroin here,” he laughs.

The restaurant owner admits that it is risky to open a new restaurant in a time of limited tourism but understands the need for taking chances. “No risk, no fun,” he explains.

Jackie believes that Dahab will improve with new, local businesses and that tourists will return. “Dahab is what makes the struggle worth it. The town is beautiful. It’s the best place to dive and people will visit again.” 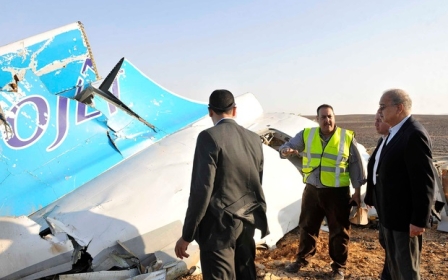 Egypt Turmoil
Sharm el-Sheikh: A blow to the tourism sector 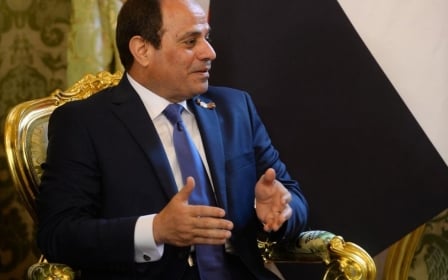 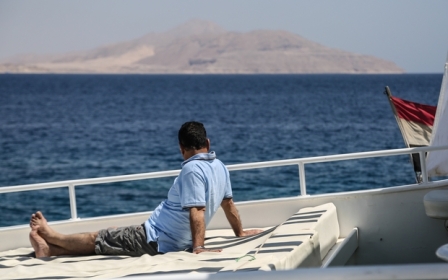