Meanwhile, Syrian activist appeals to Turkey to not deport pregnant wife and sick son, and some Lebanese traders take advantage of financial crisis 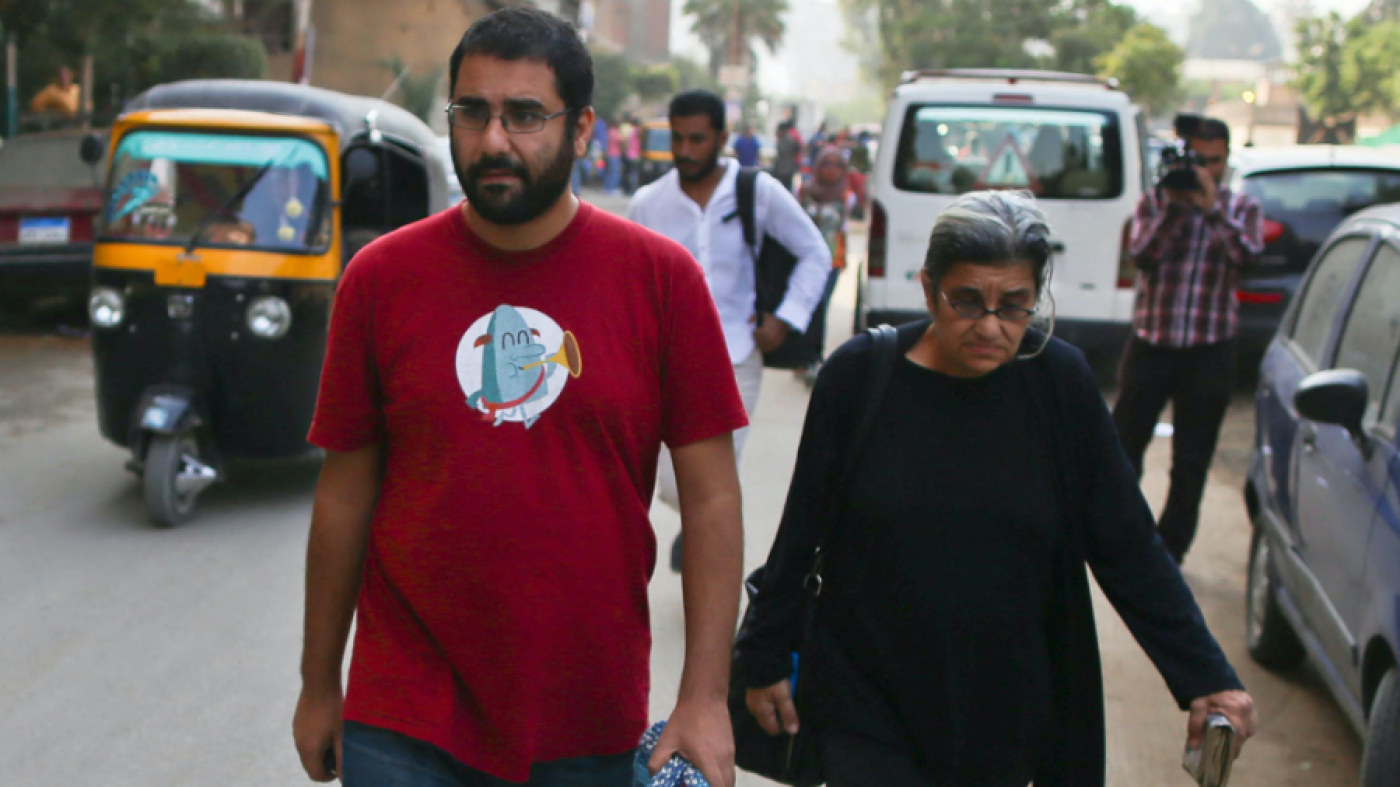 Egyptian Alaa Abdel Fattah (L) and his mother Laila Soueif walk outside a court in Cairo, on 26 October 2014 (AFP)
By
Mohammad Ayesh

Laila Soueif, a prominent academic and mother of the British-Egyptian political activist Alaa Abd el-Fattah, has said that she expects her son to travel abroad if Egyptian authorities release him.

In an exclusive interview with Arabi 21, Soueif said that while she hoped for a speedy release for Alaa, "I have no information or expectations, whether positive or negative." 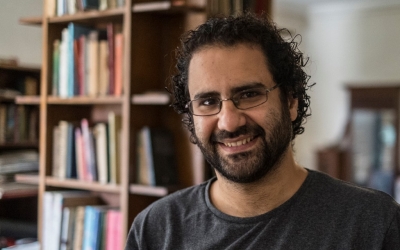 Abd el-Fattah was an icon of the 2011 Egyptian revolution and has spent eight of the past 10 years in jail on various charges.

He was last arrested in December 2021, when he was sentenced to five years in prison by an emergency state security court on charges of spreading "false news", in a trial widely condemned by human rights defenders. The evidence used against him included a retweet.

The activist launched a hunger strike on 2 April, consuming only 100 calories per day.

On 6 November, to coincide with the start of the Cop27 United Nations climate summit in Egypt's Sharm el-Sheikh, he stopped drinking water and consuming any calories.

He later ended the hunger strike during the summit, where his plight received international attention following an intense campaign by his family.

Soueif said a campaign of incitement and political attacks by Egyptian authorities against Abd el-Fattah had escalated in recent days.

She said: "The attack campaign is not a new thing, and I sometimes find it funny, and sometimes it causes my pity along with contempt towards those involved in it, and it is always boring and ridiculous.”

A few days ago, Abd el-Fattah's family submitted a new request to the Presidential Pardon Committee to restore his freedom.

A Syrian activist has appealed to Turkish security authorities in Hatay, southern Turkey, not to deport his pregnant wife and sick son after they were arrested in preparation for deportation to northern Syria, according to Al-Araby Al-Jadeed newspaper.

Abdul-Rahman Issa, who is originally from Idlib in northwest Syria, said he had entered Turkey in 2020 to receive treatment for heart disease.

At the time, he was granted a temporary protection card, which Turkish authorities usually issue for Syrian refugees, and his pregnant wife then illegally joined him soon after.

'The wife is under 18, and this is a violation that requires imprisonment for the husband and the wife's guardian'

Issa said his 14-month-old son does not have a temporary protection card despite being born in a government hospital in Turkey and holding official papers documenting his birth.

Issa told Al-Araby Al-Jadeed that his wife had entered Turkey via the Bab al-Hawa border crossing between Syria and Turkey.

After giving birth, doctors told her that her child had been born with a hole in the heart.

Issa admitted to the newspaper that because his wife was still under the age of 18, their child was not allowed a temporary protection card, but he appealed "to the Turkish authorities to consider his case with sympathy since the health centres within Syria are few and their cost is high”.

Syrian lawyer Ghazwan Kronfol, the head of the Free Syrian Lawyers Association in Turkey, described the case as "illegal".

Kronfol said: "The wife is under 18, and this is a violation that requires imprisonment for the husband and the wife's guardian.

"If we omit this point, since the marriage took place in Syria, activist Issa has no right to remain in Turkey or treat his son in government hospitals because the child and wife do not have a temporary protection card, besides the invalidity of his original card because he obtained it for the purpose of treatment."

Lebanon's financial crisis has caused large numbers of people to lose their money held in banks, but others have taken advantage of the situation to reap profits, according to a report published by the Saudi daily newspaper Asharq Al-Awsat.

The list of beneficiaries from the crisis includes politicians, bankers and merchants who work in a number of sectors, especially those supported by the Lebanese state, the newspaper said. 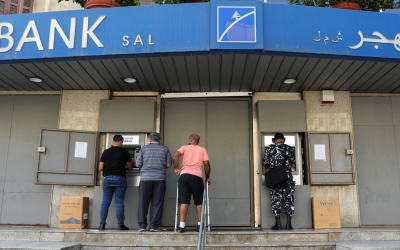 Lebanon's 'zombie' banks are broke, but no one wants to admit it
Read More »

Some traders have been accused of turning subsidies into "an opportunity to monopolise products and make huge profits by buying and storing subsidised goods and then selling them at high prices,” according to the report.

Following the collapse of the country's currency, some Lebanese have also managed to pay off home loans and personal loans, for items such as cars, which were denominated in Lebanese pounds, within a year or two, when they would normally take many years, Asharq Al-Awsat said.

The newspaper said money changers had also benefited from fluctuations in the dollar exchange rate.

Speaking to Asharq Al-Awsat, economist Walid Abu Suleiman said: "The major winners are debtors to banks, especially those who obtained bank loans, in addition to real estate developers who were suffering from a crisis in their sector.

Inflation and devaluation of the currency made the value of the loans and debts depreciate. "What happened was positively in their favour when depositors resorted to buying real estate through cheques, and the developers were thus able to pay off their loans, and they gained a lot of money.

"While the third winner is the banking companies.” 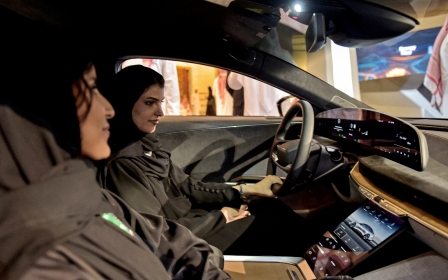 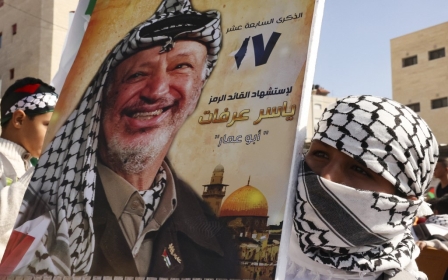 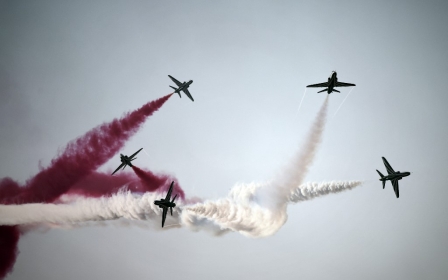