Many Harkis, Algerians who fought for France in the Algerian War, were massacred as the country's new masters took brutal revenge post-independence 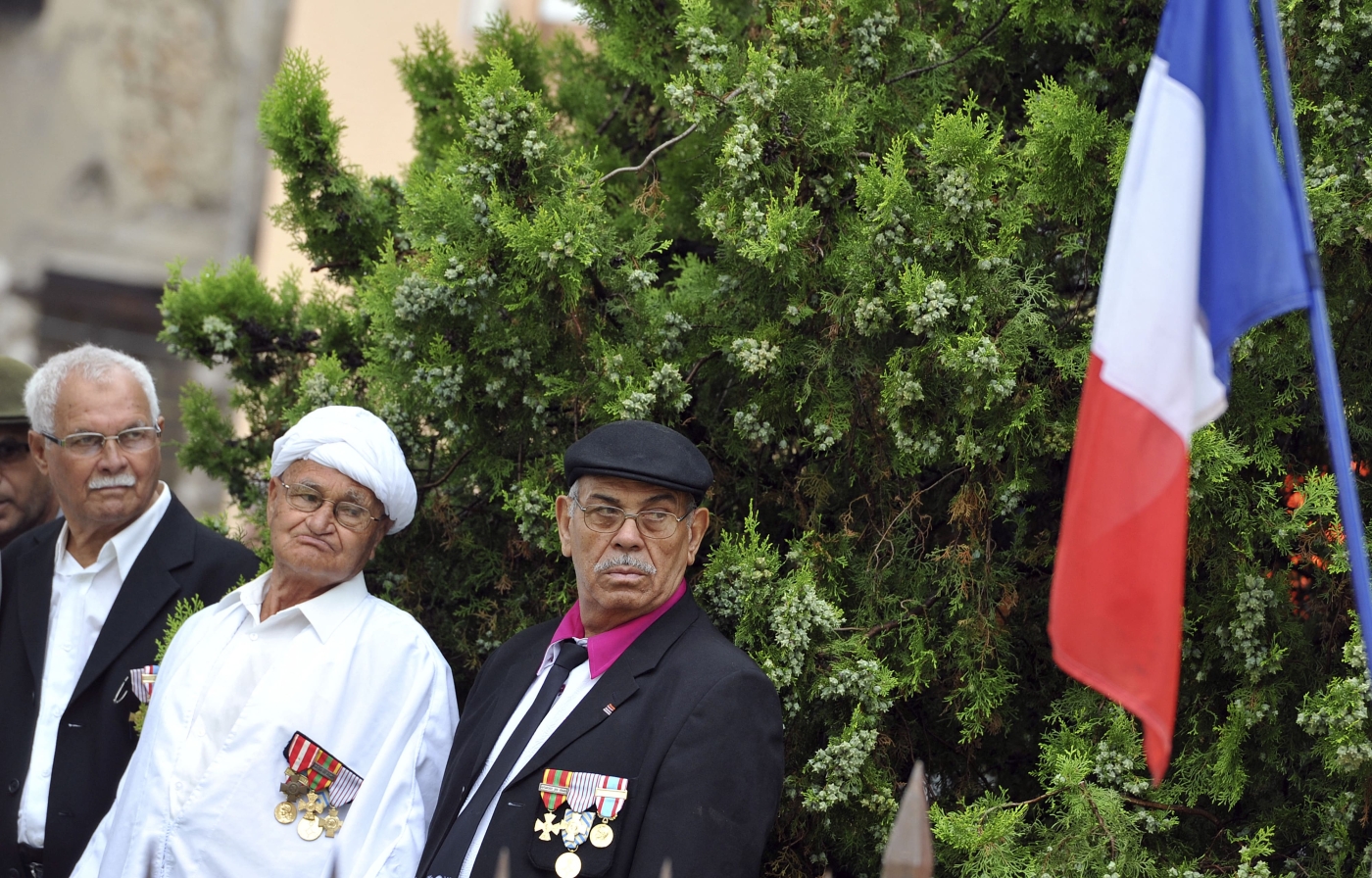 Harki veterans take part in an official ceremony in front of a war memorial in Arles, on 25 September 2011, during national Harki day (AFP)
By
MEE and agencies

French President Emmanuel Macron on Monday asked for "forgiveness" on behalf of his country for abandoning Algerians who fought alongside France in their country's war of independence.

Hundreds of thousands of Algerian Muslims - known as Harkis - served as auxiliaries in the French army in the war that pitted Algerian independence fighters against their French colonial masters from 1954 to 1962. 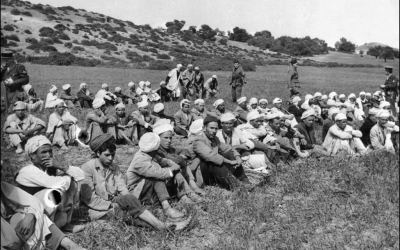 At the end of the war - waged on both sides with extreme brutality including widespread torture - the French government left the Harkis to fend for themselves, despite earlier promises that it would look after them.

Trapped in Algeria, many were massacred as the country's new masters took brutal revenge.

Thousands of others were placed in camps in France, often with their families, in degrading and traumatising conditions.

"I want to express our gratitude to the fighters," Macron said at a ceremony at the Elysee Palace attended by around 300 people, mostly surviving Harkis and their families.

"I'm asking for forgiveness. We will not forget," Macron said, adding that France had "failed in its duty towards the Harkis, their wives, their children".

The president said the government would draft a law on the recognition of the state's responsibility towards Harkis and the need for "reparation".

His speech was interrupted several times by hecklers, with one woman in the audience accusing Macron of "making empty promises".

Successive French presidents had already begun owning up to the betrayal of the Algerian Muslim fighters.

Macron's predecessor Francois Hollande in 2016 accepted "the responsibilities of French governments in the abandonment of the Harkis".

'The task of reparation'

The meeting comes only days before national Harki day, which has been observed since 2003 - especially in southern France where many of the surviving fighters settled after the war.

Their political sympathies often lie with the nationalist right, whose leader, Marine Le Pen, is the frontrunner among Macron's rivals in France's presidential election next spring.

In a speech on Monday, Macron will "start the task of reparation", his office said.

"The president believes that the work accomplished over the past 60 years is important but that a new step is necessary in terms of recognising the failures towards the Harkis, but also the failure of the French republic to live up to its own standards," Macron's office added.

Authorities have in the past allowed a number of legal procedures to go ahead for the Harkis and their families to claim damages from France.

'Neither repentance nor apologies'

But Harki organisations want an official recognition of their treatment to be enshrined in a law by the end of the year, they said in an open letter to Macron, according to AFP.

"We hope that you will be the one to end 60 years of a certain hypocrisy by which the abandoning of the Harkis is recognised in speeches, but not in the law," they said.

'We hope that you will be the one to end 60 years of a certain hypocrisy by which the abandoning of the Harkis is recognised in speeches, but not in the law'

The associations also want approved payouts to be increased.

Macron's initiative comes over a year after he tasked historian Benjamin Stora with assessing how France has dealt with its colonial legacy in Algeria.

The report, submitted in January, made a series of recommendations including owning up to the murder of a prominent Algerian independence figure and creating a "memory and truth commission".

While Macron is set to participate in three different ceremonies in 2022 to mark the 60th anniversary of the end of the Algerian war, the Elysee Palace has already announced that there will be “neither repentance nor apologies” for France’s actions at the time.

Macron has already spoken out on a number of France's unresolved colonial legacies, including nuclear testing in Polynesia, its role in the Rwandan genocide, and war crimes in Algeria.

Before the end of his mandate he is expected to attend ceremonies marking the anniversaries of two key events still weighing on French-Algerian relations: the brutal repression of a demonstration of Algerians on 17 October 1961 by Paris police, who beat protesters to death or drowned them in the river Seine, and the signing of the Evian accords on 18 March 1962, which ended the war of independence.