France vows 'symbolic actions' but no apologies for colonisation of Algeria

While a new French report highlights moves to reconcile Paris and Algiers on 132 violent years of colonisation, some thorny issues remain 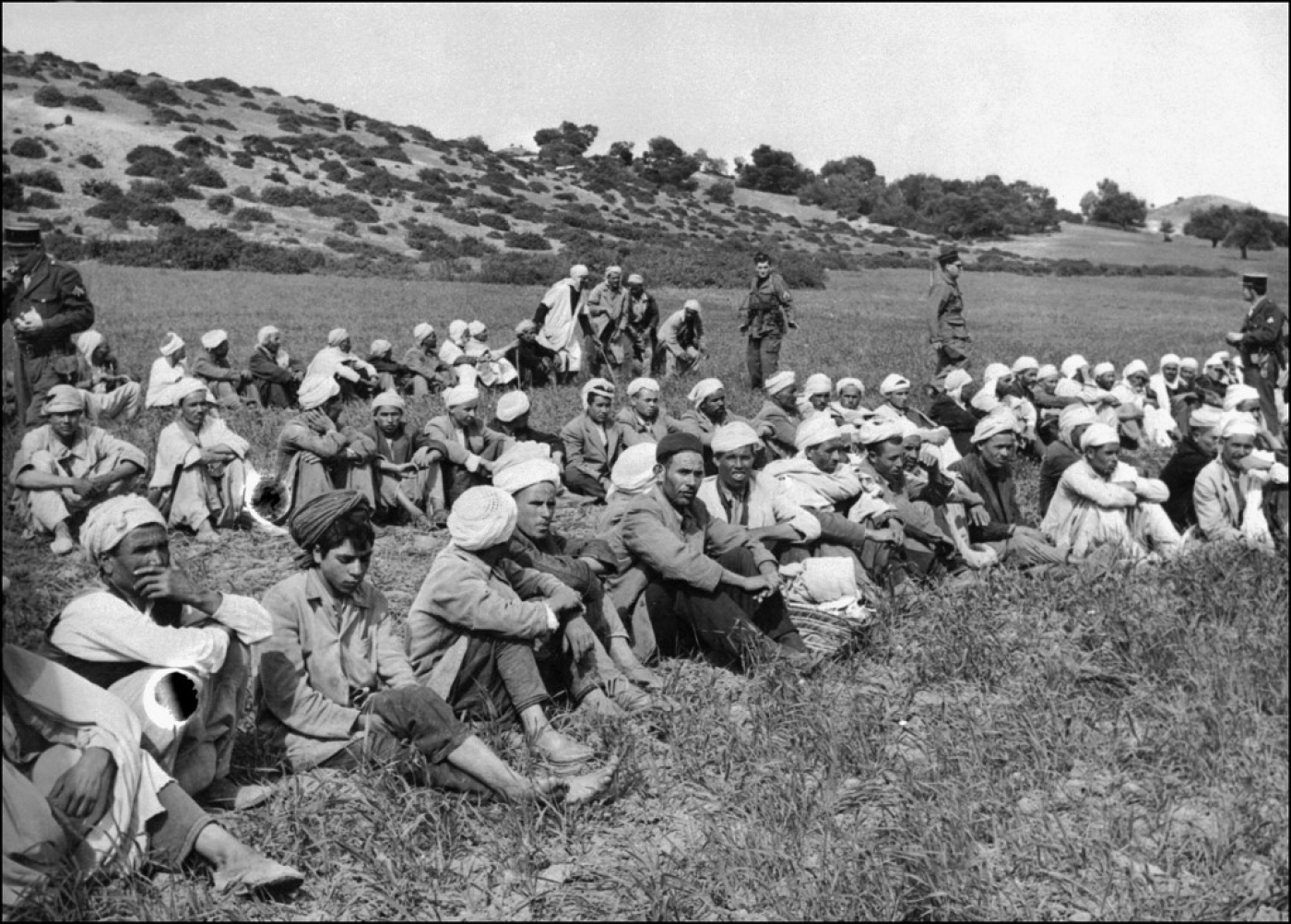 Algerians arrested during a French military operation on 21 April 1956, during the war of independence, in Algeria's Tablat and Bir Rabalou region (AFP)

On Wednesday, French President Emmanuel Macron received a much anticipated report on France’s 132-year colonial rule of Algeria and the war that led to Algeria’s independence in 1962, as part of an effort towards reconciliation of historical memory between the two countries.

A specialist of contemporary Algerian history, French historian Benjamin Stora, was tasked by Macron in July with “making a precise and just inventory of the progress done in France of colonisation and the Algerian war”, which remain painful subjects for millions of Algerian and French citizens nearly 60 years later.

Algerian President Abdelmajid Tebboune had also tasked his advisor and director of national archives, Abdelmajid Chikhi, to coordinate with Stora on the issue of memorialisation.

While Macron is already set to participate in three different ceremonies in 2022 to mark the 60th anniversary of the end of the Algerian war, the Elysee Palace has already announced that there would be “neither repentance nor apologies” for France’s actions at the time.

The French presidency has chosen, at Stora’s recommendation, to engage in a “process of acknowledgment”, while saying “there is no plan for repentance” or “presenting excuses” - arguing that past examples, such as Japan’s excuses to South Korea and China for crimes committed during World War II, did not necessarily lead to full reconciliation. “Rather than ‘repentance’, France should recognise the discrimination and exactions of which Algerian populations were the victims, and put forward precise facts,” Stora wrote in his report, seen by Middle East Eye. “The excesses of a culture of repentance, or mollifying visions of a history trapped by memorial lobbies, do not contribute to appeasing the relationship to our past.”

These statements may come as somewhat of a surprise to some given Macron’s denunciation of colonialism as a “crime against humanity” during a visit to Algiers in 2017, when he was then only a candidate for the presidency.

In July, Tebboune had told news channel France 24 that he “hoped” France would take stronger measures to acknowledge its wrongdoings in Algeria.

“We have already received half-excuses. Another step needs to be taken” he said. “This would appease the mood and make it more amenable for economic relations, cultural relations, and neighbourly relations.”

The Elysee emphasised that Macron “did not regret” his comments from four years ago. “There is nothing more to add, however, there is a lot to do,” the French presidency said, adding that “there will be words” and “actions” from Macron “in coming months”, as the Stora report is analysed by the government in more depth.

Commemorations and the restitution of skulls

Among the actions suggested by the Stora report is the creation of a joint Franco-Algerian “memory and truth” commission to push forward initiatives between the two countries on the issue.

In addition to commemorations around the anniversary of the Evian accords, which put an end of the war in March 1962, Macron is reportedly scheduled to attend two more days of commemoration: one marking the deadly repression of Algerian protesters in Paris on 17 October 1961, and the national day of harkis - the Algerian fighters who took France’s side during the conflict - on 25 September. From militants to student activists: The women who fought for Algeria
Read More »

The report also recommended that several Algerian figures - like Emir Abdelkader, who led the fight against France’s conquest of Algeria in the 19th century; or Franco-Tunisian lawyer Gisele Halimi, who was opposed to the Algerian war - be memorialised, including by burying Halimi, who died in July, in Paris’ hallowed Pantheon mausoleum.

The report also brings up the possible restitution of a number of objects to Algeria, such as the sword of Emir Abdelkader or the Bab Merzoug cannon taken by France in 1833.

Perhaps more importantly, Stora calls for the reactivation of a commission created in 2012 to locate the burial sites of Algerian and French individuals who were killed during the war, including those who were executed by France.

The historian also recommends that an existing binational scientific committee continue its work analysing the remains of Algerian combatants from the 19th century held in the French National Museum of Natural History.

In July, France restituted to Algiers the skulls of 24 fighters decapitated for resisting colonisation.

Another measure evoked by Stora, which may not be well received by Algerian authorities, is the possibility of facilitating the movement of harkis and their descendants between France and Algeria.

Due to their siding with the French colonial army during the war, harkis have a poor reputation in Algeria, and hundreds of thousands moved to France after independence.

Chikhi, Stora’s Algerian counterpart, had said in November that some issues, such as the fate of harkis, were “not up for discussion”, arguing that their departure to France was “a freely made choice”.

Archives at the centre of tensions

Another delicate issue tackled by the French report is that of the archives of the colonial era, which were taken to France following the Algerian independence. The return of these archives to Algeria has been a major demand of independence fighters, who hope to shed light on many of Paris’ actions at the time. 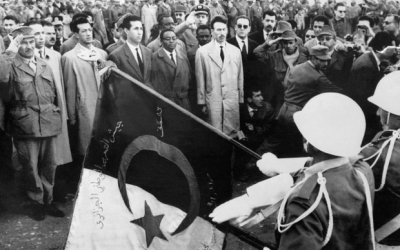 Why Algeria's independence was a miracle
Read More »

A working group was established on the subject in 2013, but hasn’t convened since 2016.

The Stora report recommends a “pilot committee” to create a shared and freely accessible archive between Paris and Algiers.

“Concretely, it is about returning within the briefest delays to the practice of declassifying ‘secret’ documents archived before 1970 - with the understanding that it is up to the administration to proceed with the declassification of documents after that date,” the report read.

Beyond looking to the past, the report advocates more cooperation on shared cultural issues - including by promoting the translation of Algerian and French historical and literary works into French and Arabic, or giving more coverage in classrooms to France’s colonial history.

A museum of French and Algerian history - which had been in the works in the French city of Montpellier before being dropped in 2014 - could also be back on the table.

“By multiplying political and symbolic gestures, we could distance ourselves from a memory stuck in the past, where yesterday’s conflicts play themselves out over and over,” Stora wrote.

“A motive for discord, memory could also reveal itself to be a creative force faced against those who would seek to erase the dark pages of the past.”

It remains to be seen how Macron and his government choose to enact the report’s recommendations - and whether those actions are well received in Algeria.

- The article is an edited translation of a story originally published by Middle East Eye's French website. 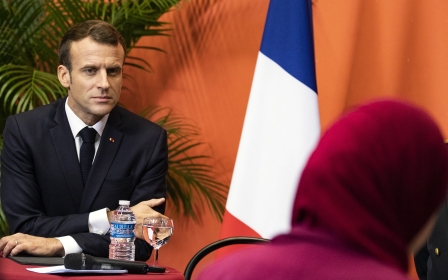 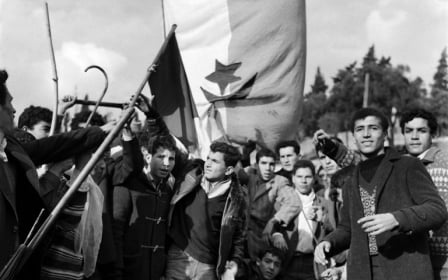 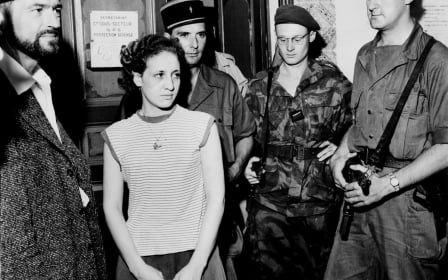