Algeria's interim leader calls for 'inclusive dialogue' ahead of elections

Abdelkader Bensalah says new presidential elections will be organised, but fails to set date for vote Algeria's interim president has called on the country's political class and members of civil society to "choose the path of inclusive dialogue", days after a contentious presidential vote set for next month was cancelled.

In an address on Thursday, Abdelkader Bensalah urged people to cooperate as the government tries to "draw a roadmap that will help set up the vote in a climate of harmony and serenity", as quoted by the Algeria Press Service.

Bensalah did not say when the presidential elections would be held.

Still, he promised that the poll would "meet all the conditions of a regular election, free and transparent, as the Algerian people hoped for".

Bensalah's comments were met with criticism, as the interim president and other state officials have been accused of delaying Algeria's political transition in an attempt to retain power after the resignation of longtime leader Abdelaziz Bouteflika.

Bensalah was appointed interim president after Bouteflika stepped down in early April following widespread protests against his plan to extend his two-decade rule.

Algerians have continued to demonstrate since that time, calling for the dismissal of corrupt government officials and a complete overhaul of the country's political system. The country's political transition has been shaky, with protesters saying members of Bouteflika's old guard have refused to relinquish power.

Algeria's military chief, Ahmed Gaid Salah, has insisted that holding a new presidential vote is critical to the country's political transition, and he tried to organise a vote on 4 July.

That was rejected by the protesters, who said the conditions were not conducive to holding a free and fair vote so soon.

On 2 June, the country's constitutional council said it would be "impossible" for elections to be held next month, after it disqualified the only two people who had formally submitted their candidacies for the job.

"The constitutional council rejects the candidature applications" and as a result has announced "the impossibility of holding presidential elections on 4 July", the council said in a statement carried on Algerian state television.

Algerians on Thursday criticised Bensalah for failing to announce a new date for the vote, with some using the hashtag #DiscoursDeLaHonte (#SpeechOfShame) on Twitter.

Protesters are expected to return to the streets on Friday to demand Bensalah's resignation, Reuters reported. 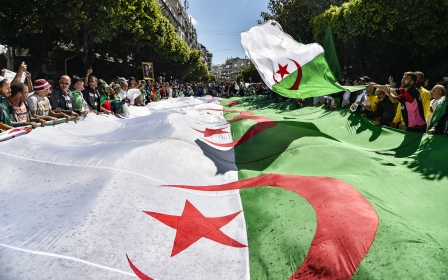 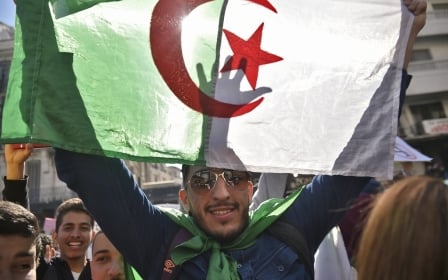 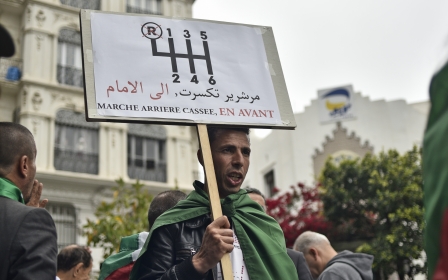 Algeria
Thousands of Algerians return to rally against ruling elite