Ali Haddad hired the services of the Sonoran Policy Group in July, a month after he was sentenced to 18 years on corruption charges 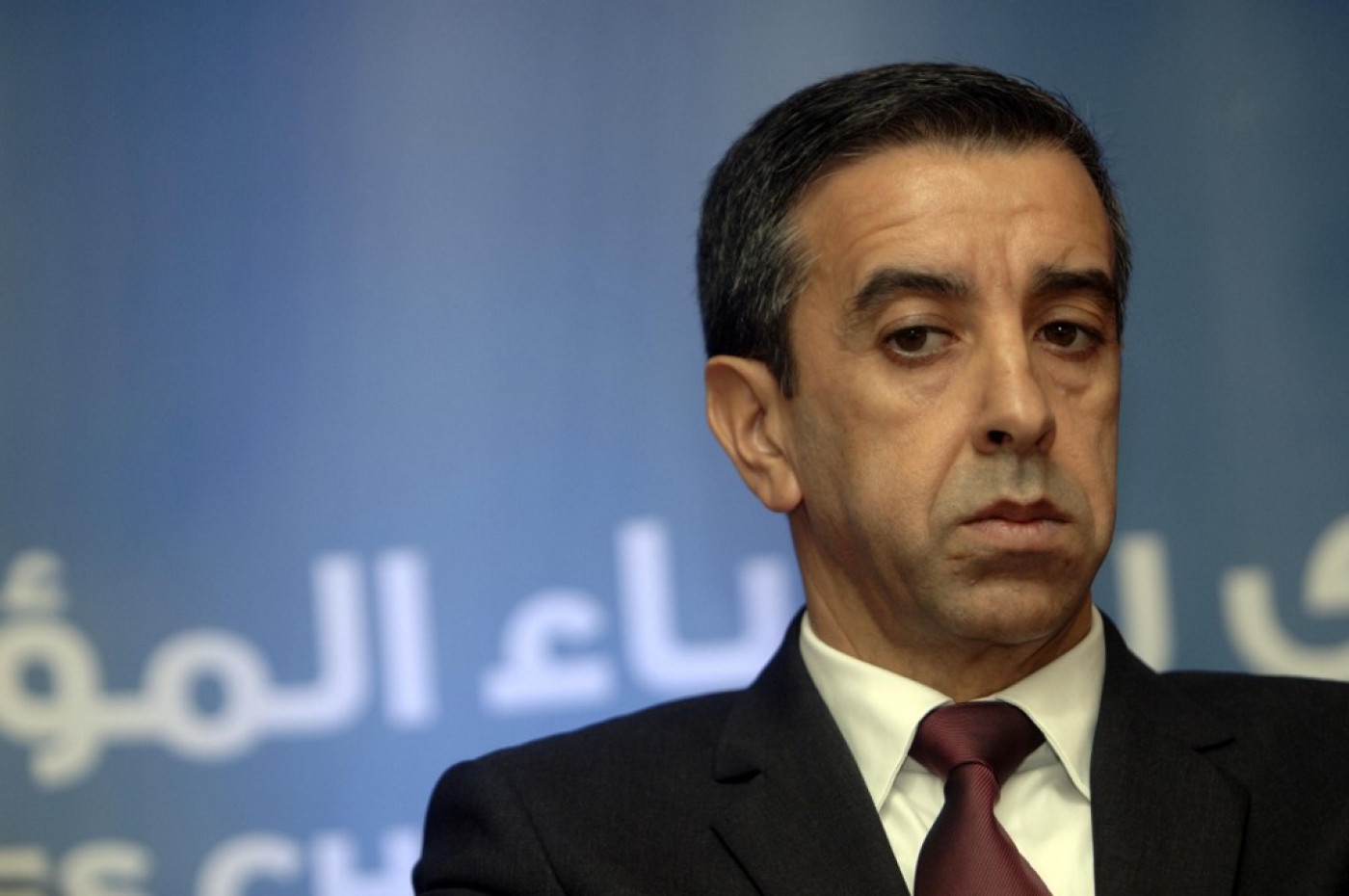 Ali Haddad is the founder and CEO of construction firm ETRHB (Road, Hydraulic and Building Works Company in English (AFP/File photo)
By
Julian Pecquet
in
Washington

Authorities in Algeria are investigating a decision by one of the country's richest businessmen to sign a $10m contract with a lobbying firm linked to US President Donald Trump.

Ali Haddad, who was once listed as the fifth richest person in Algeria, signed the contract with the Sonoran Policy Group in July - a month after he was sentenced to 18 years on corruption charges.

"In the matter of the Ali Haddad affair regarding a $10 million transaction with a lobbying firm, the office of the public prosecutor of Sidi M'Hamed [a municipality in Algiers province] has opened a judicial inquiry," authorities announced on Saturday, according to the official Algerian Press Service.

Also under scrutiny is Sabrina Ben, a senior adviser to Haddad based in Paris who signed the contract on his behalf.

The announcement comes several weeks after judicial authorities said they had opened a preliminary probe into Haddad's lobbying. The goal of the inquiry, they said at the time, was to "determine the circumstances surrounding the signing of this contract and identify its real goal." The contract was signed on 26 July, just weeks after an Algerian court sentenced Haddad, a former head of the country's Business Leaders Forum with close ties to former President Abdelaziz Bouteflika, to 18 years in prison. It calls on the firm to provide "business and personal advisory services" as well as "other services on an agreed-upon basis".

The existence of the contract caused a media firestorm in Algeria that helped prompt the justice system to get involved.

Sonoran declined requests for comment, but in an interview with Algerian newspaper El Watan published on 9 August, founder and chairman Robert Stryk defended the contract, reportedly arguing that Haddad's case had caused "much concern internationally".

Stryk reportedly went on to say that he did not know Haddad personally and that Sonoran's fees were being paid by his "friends". That's a smart thing to say, El Watan noted wryly, since the state has confiscated all of Haddad's assets.

In the interview, Stryk reportedly called on Algeria to release Haddad and suggested doing so could help with Algeria's efforts to raise US investment.

"Should [Haddad] be punished for having made money and helped his people make money?" Stryk reportedly told El Watan. "How many Algerians have friends who helped them make money? That's capitalism. If I was arrested because of my support for the president of the United States, we would lose the genius of America."

Haddad is the founder and CEO of construction firm ETRHB (Road, Hydraulic and Building Works Company in English). The company has handled over $2bn in contracts since it was founded in 1997, according to Forbes.

However his world came crashing down after the ailing Bouteflika resigned in April 2019 following mass protests against his bid for a fifth term. He is accused of benefiting from close ties to Bouteflika's regime, including receiving $16bn worth of bank loans for projects obtained by "mutual consent" rather than legal tenders.

Newly elected President Abdelmadjid Tebboune has vowed to put an end to the corruption that flourished under Bouteflika’s 20-year rule. Dozens of government officials and business leaders have been arrested since last year, with two former prime ministers sentenced to prison.

A court in Algiers on 2 July sentenced Haddad and his four brothers to prison and ordered the seizure of family assets. Haddad had already been sentenced to prison in another corruption trial in March. His lawyers have vowed to appeal what they call a political prosecution. "The defendants were members of the old regime," lawyer Khaled Bourayou told the AFP news agency in July. "They are paying the price for being defeated."

Like Hassan, Stryk has also earned sizable profits - and a controversial reputation - thanks to his ties to those in power. A former intern to Senator John McCain (R-Arizona) and Washington lobbyist a decade ago, Stryk was a winery owner in Oregon when he signed on as an informal West Coast adviser to Trump in 2016.

After Trump's upset victory, he helped organise a phone call with the incoming president for New Zealand's prime minister and eventually signed Wellington's embassy in Washington as his first foreign client.

The firm struck gold in May 2017 with a $5.4m upfront payment from Saudi Arabia’s interior ministry for a contract that was terminated just weeks later after a palace coup.

Earlier this year Sonoran pocketed $2m to represent Nicolas Maduro's government in Venezuela, even though that contract was likewise rescinded within weeks following an uproar on Capitol Hill.

The firm is also working on behalf of Africa's richest woman, Angola's Isabel dos Santos, for $2.2m, as she faces allegations that she siphoned millions of dollars from the country.

While lobbying firms often face some reputational risks, their clients can sometimes bear much greater peril.

Indeed, Haddad is hardly the first person to face legal scrutiny over his US lobbying activities. Last year, for example, authorities in Tunisia opened a criminal investigation after presidential candidate Nabil Karoui hired a lobbying firm to help connect him with the Trump administration. 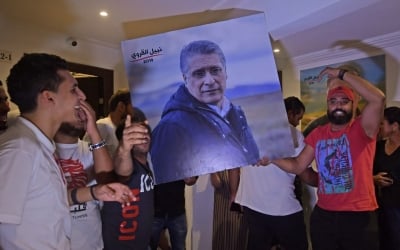 The contract became a controversy in the election, which Karoui ended up losing to Kais Saied.

"I don't know how much it's thought through, but it certainly is a gamble [for foreign actors] to hire lobbyists targeting the US as a way to further their political agendas in their own countries," Anna Massoglia, a researcher at the Center for Responsive Politics in Washington, told Midde East Eye.

"In examples I've seen, there's as much of a chance of it being unsuccessful and resulting in backlash."

Among the reasons, she said, is the Foreign Agents Registration Act (FARA) that requires such efforts to be disclosed with the Department of Justice.

"Once they target the United States with that messaging, it changes the dynamic because there is a public record of that campaign," she said. 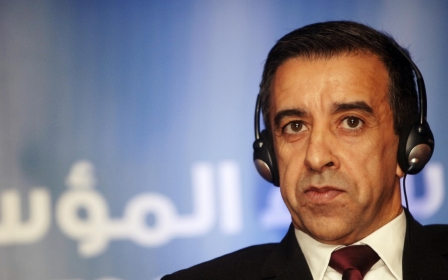 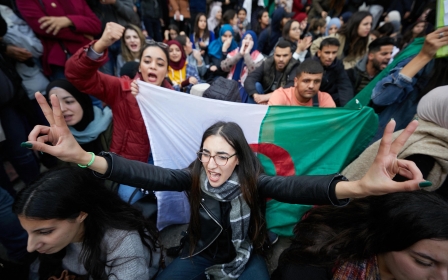