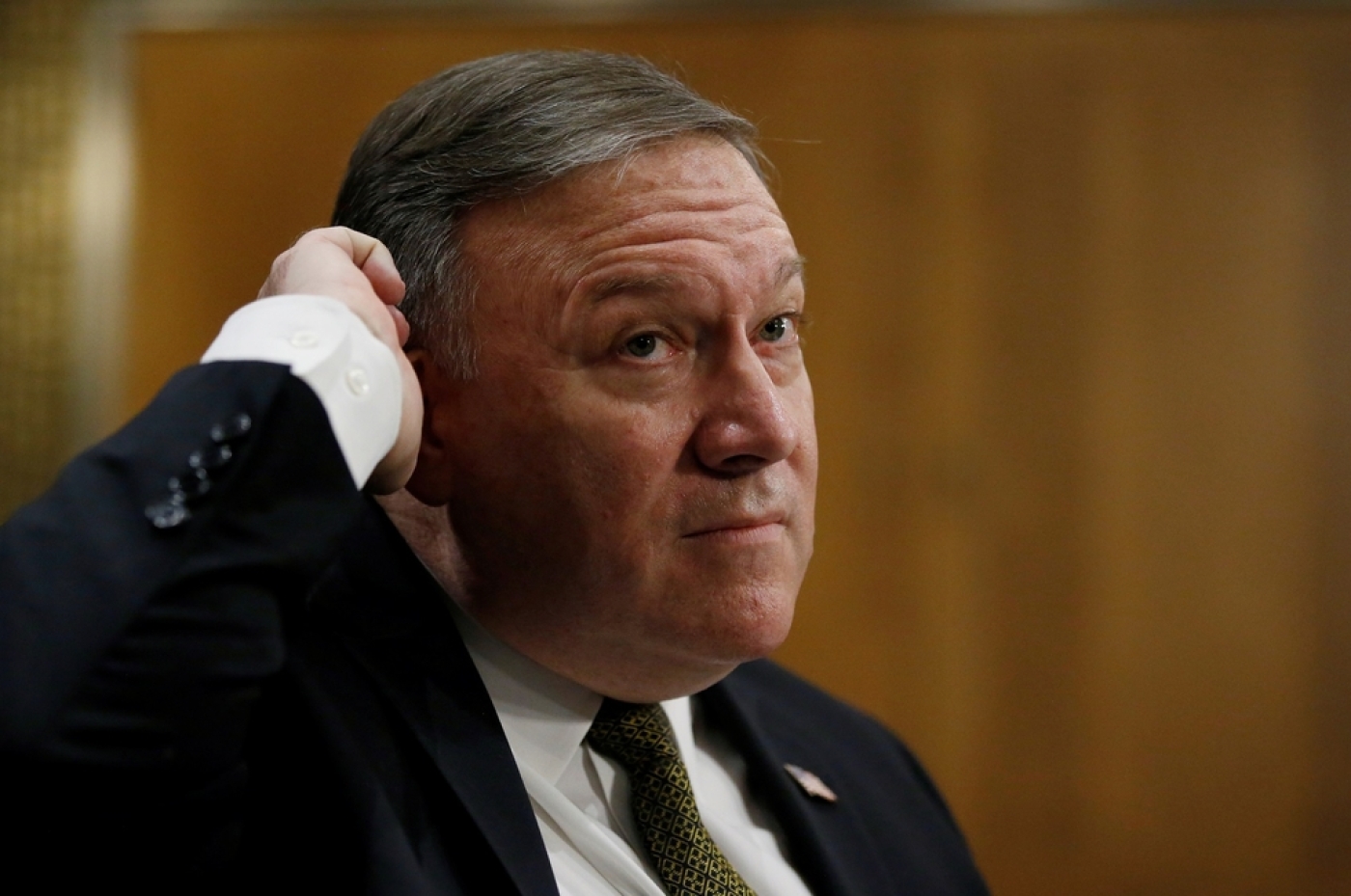 NEW YORK, United States – Roxana Ganji, an Iranian-American pro-democracy activist, has long demonstrated on the streets of Los Angeles and elsewhere in California, pressing the US government to bring about the downfall of the mullahs in Tehran.

With like-minded hawks ascendant in Washington, she may get her wish. On Sunday, she will attend Secretary of State Mike Pompeo’s invite-only parley with Iranian Americans and hear his plans for tackling Tehran at an event that is driving a wedge through her community.

While Ganji wants US President Donald Trump’s administration to promote regime change in Iran, more Iranian Americans call for softer diplomacy and doubt that US sanctions and interference will achieve anything.

“When Donald Trump was running for office, one of the reasons I voted for him was because of his policy to Iran,” Ganji told Middle East Eye, referencing the 2016 presidential vote that brought the Republican to power.

“Unlike [his predecessor, Barack] Obama, who during Iran’s [2009 anti-government] Green Movement, totally ignored the people of Iran’s fight for democracy and freedom, Trump recognised how this Islamic fundamentalist regime was spreading terror across its borders.”

Since Trump withdrew the US from the 2015 nuclear deal with Iran reached by Obama, a Democrat, and other world powers, and ordered tough US sanctions on Tehran, analysts have watched for signs of hot rhetoric sparking a military face-off between the long-time foes.

Nuclear deal: Iran is suing the US for imposing sanctions
Read More »

In 2014, Pompeo, then a Republican lawmaker, spoke of dropping “under 2,000 sorties to destroy the Iranian nuclear capacity”. Since becoming the top US diplomat, he has dialled back and says he wants to change Iran’s behaviour, not topple its clerics.

While Trump says new sanctions will force Iran to bargain away its ballistic missile programme and address the fears of US allies Israel and Saudi Arabia, US Treasury officials speak of waivers for countries that need more time to wind down their oil imports from Iran.

For Ganji, whose father served as minister of education under the last Shah before his 1979 overthrow, these are “mixed messages” that Pompeo must clarify when he speaks at the Ronald Reagan Presidential Library and Center for Public Affairs in Simi Valley, California.

She pointed to protests by drought-stricken farmers in central Iran, who bemoan weak governance and water shortages, as a sign that everyday Iranians yearn for change. US support for grassroots opposition could end the 39-year-old Islamic revolution, Ganji said.

When he speaks, Pompeo may win cheers from Ganji and other hardliners from among the 250,000 Iranian Americans in Southern California, where many immigrants settled before and after 1979, earning communities such nicknames as Tehrangeles and Little Persia.

But they are far from monolithic, and many Iranian-American liberals fear that Pompeo’s meet-and-greet in the Golden State is a bid to win over community members to shill for a belligerent showdown with Tehran.

“We need to see substantial and meaningful change in Iran, but this should be a grassroots effort from Iranians inside Iran, not from those who haven’t lived in Iran for the past 30 years,” Mahdis Keshavarz, an LA-based Iranian-American entrepreneur, told MEE.

“We only have to look at Afghanistan and Iraq to understand why we should be concerned about the impacts of US foreign policy and intervention.”

Jamal Abdi, a policy chief at the National Iranian American Council, a lobby group, went further, accusing the administration of trying to “co-opt the Iranian people to provide legitimacy” for an “Iraq War redux for Iran”.

“Just as the George W Bush administration cultivated a few Iraqi exiles and talked about human rights to provide legitimacy for a disastrous invasion of Iraq in 2003, the Trump administration appears intent on using Iranian exiles to advance dangerous policies that will leave the Iranian people as its main victims,” Abdi told MEE.

The most recent public opinion survey commissioned by the Public Affairs Alliance of Iranian Americans (PAAIA), a research and lobby group, showed only 1 percent of 402 Iranian-American respondents back Iran’s cleric-run system, while 8 percent want it reformed.

Most Iranian Americans (55 percent) favour a secular democratic government and 11 percent seek the return of a Shah-like monarch.

“There’s a broad agreement within the community that wants to see a democratic Iran that respects human rights and is part of the international community,” Morad Ghorban, the PAAIA’s government relations and policy director, told MEE.

“When it comes to actual policies to get us there, opinions are divided.”

Iranian Americans also broadly agreed in other key areas, when the survey was taken in 2017.

About 60 percent of respondents wanted Trump to keep the nuclear deal, while only 7 percent wanted it scrapped. They were more hostile to his ban on travellers from Iran and other mostly-Muslim countries: 83 percent were opposed; 13 percent backed it.

Ahead of Pompeo’s speech, a senior State Department official told MEE and other journalists that Iran was guilty of terrorism, aggression and other sins, but downplayed suggestions that the Trump team sought the collapse of the theocracy.

Instead, a treaty with Washington was in the offing if Tehran mended its ways and started “acting like a normal country,” said the official, speaking on condition that his name was not used.

Capital flight and other economic problems were Iran’s own fault – the result of mismanagement and graft, said the official. Pompeo will highlight “specific examples of regime elites and call out their corruption” during his address on Sunday, he added. 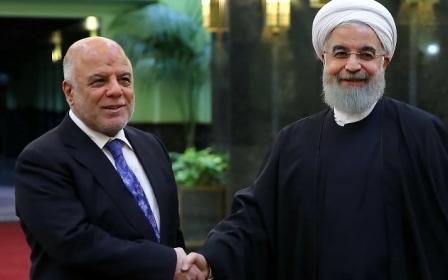 Iraq Vote
Like it or not, Iran will continue to be the most powerful player in Iraq
Marco Carnelos 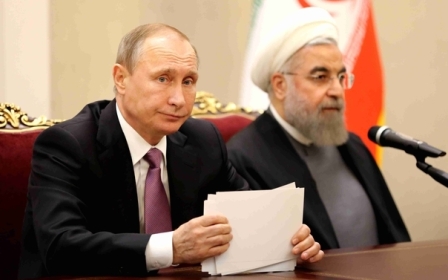 Trump
Will Putin sell out Iran in meeting with Trump?
Shahir Shahidsaless 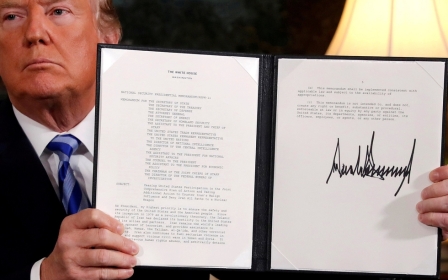 Iran Nuclear
Nuclear deal: Iran is suing the US for imposing sanctions