Will Putin sell out Iran in meeting with Trump? 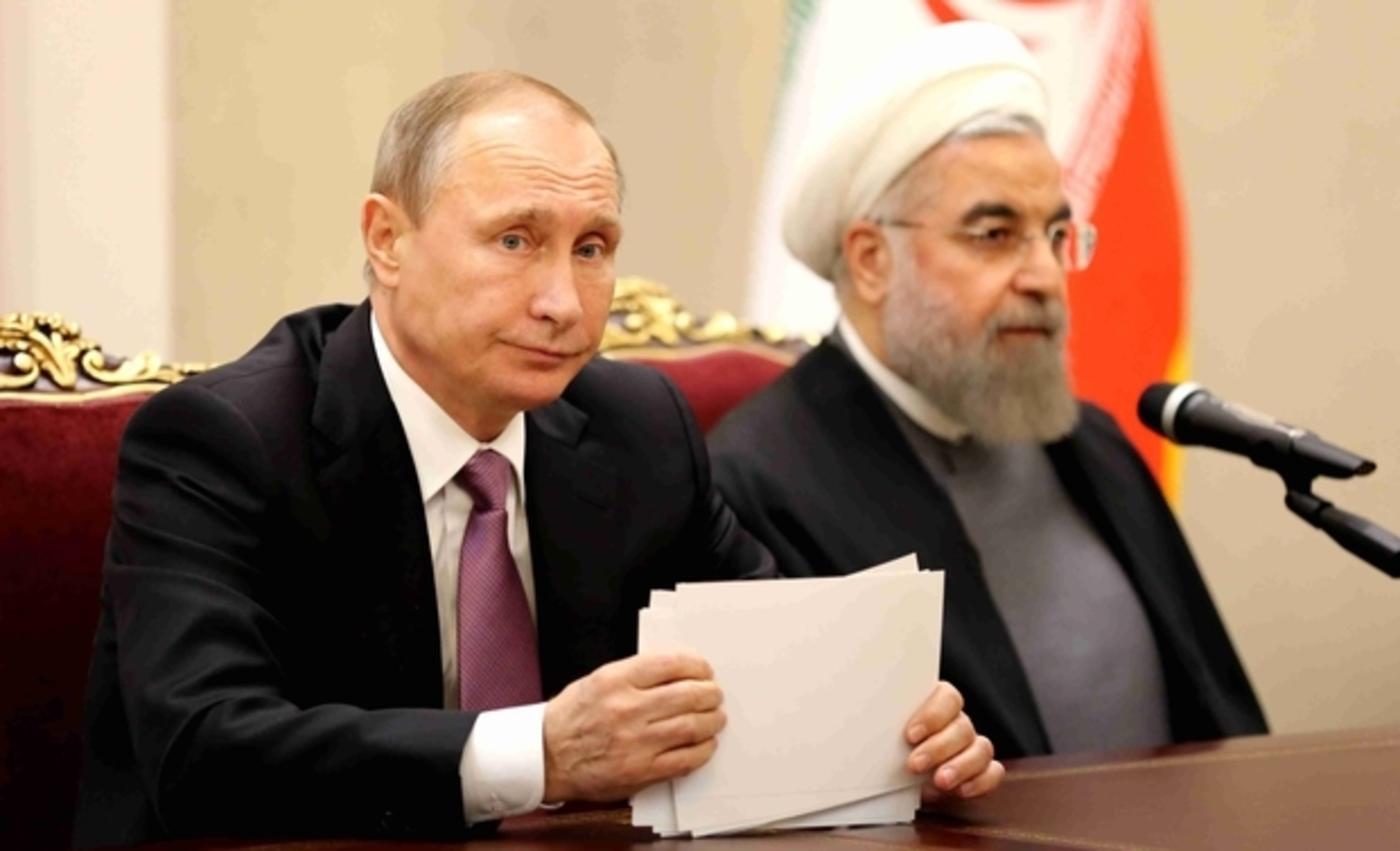 In advance of the meeting between US President Donald Trump and his Russian counterpart, Vladimir Putin, on 16 July in Helsinki, Bloomberg has reported that the Kremlin and Washington are in intense negotiations "to strike at least one deal" so that Trump can sell the summit as a victory "that justifies steps to repair relations".

A senior Russian official has confirmed that "Iran's role in Syria" will top the agenda at the Trump-Putin meeting, according to Bloomberg.

John Bolton, the US national security adviser, who has long advocated regime change in Iran, concurred. "We will see what happens when the two of them get together. There are possibilities for doing a larger negotiation on helping to get Iranian forces out of Syria and back into Iran, which would be a significant step forward," Bolton told CBS News in an interview on 1 July.

Meanwhile, according to a CBS News report, a senior official said that the US government had decided to focus on convincing Putin to sever cooperation with Iran, his battlefield partner in Syria.

The news has clearly made the Iranian leadership deeply nervous. Earlier this week, Iran's supreme leader, Ayatollah Ali Khamenei - in a move that seemed to bypass Iran's foreign ministry - sent his own foreign policy top adviser, Ali Akbar Velayati, to convey a message to Putin. The Iranian deep state, dominated by conservatives and led by Khamenei, favours an alliance with Russia in defiance of US hegemony. Khamenei has praised Putin as an "outstanding figure in today's world".

That said, many of the conservatives' opponents in Iran, including a large faction of the reformists, who form the backbone of support for the centrist Iranian president, Hassan Rouhani, detest Russians vehemently and are wholeheartedly pro-West.

Ali Khorram, a former Iranian ambassador to the United Nations, recently wrote in the Arman daily, which is considered a mouthpiece for the reformists: "Russia has not only stabbed Iran in the back when it comes to Syria (as they suggested that all foreign forces in Syria should eventually leave the country, including Iran), but also voluntarily announced its readiness with Saudi Arabia to push Iran’s quota out of OPEC [the Organisation of the Petroleum Exporting Countries]." These days, headlines such as "Russia strikes Iran," "Russia-Saudi coalition against Iran," and "Russians backstab Iran" are common.

Considering the situation in Syria and the regional geopolitical equations, Russia is not in a position to push Iran out of Syria

The conservatives' opponents in Iran also argue that Russia teamed up with Saudi Arabia to press OPEC for more oil production in order to give Trump a chance to impose a complete oil embargo on Iran without risking an oil price surge.

By law, the US must determine that the global oil market is well supplied before imposing sanctions on Iran's oil exports. Reducing Iran's oil exports to zero could lead to an oil price increase at a time when Republicans are preparing for midterm elections in November and prices at the gas pump are in the spotlight for voters.

On 4 July, Sergey Lavrov, Russia's foreign minister, said Iran was one of the key players in the region, and that it would be "absolutely unrealistic" to expect it to abandon its interests in Syria. In other words, considering the situation in Syria and the regional geopolitical equations, Russia is not in a position to push Iran out of Syria. Lavrov added that it was up to the regional powers to discuss their mutual complaints and reach a compromise.

Two days later, Russian presidential spokesman Dmitry Peskov, in response to the Bloomberg report, said that "the Syrian issue will be a topic to exchange views on [in the bilateral meeting]. That's certainly easy to foretell ... However, when reports that two countries are discussing a third country and are making some decisions for it - that's highly unrealistic. That’s why these reports are not true."

Lavrov is right that pushing Iran out of Syria is unrealistic. As Iran has emerged as a decisive political power in Lebanon and Iraq, it will also likely remain a major player in Syria, even after the armed conflict is over. It is an open secret that Iran has created a large paramilitary base in Syria modelled on the Lebanese militant group Hezbollah, drawing on its experience in Iraq of exerting influence through proxies.

On the US side, what can Trump offer Putin in exchange for abandoning Iran, with which Russia has significant strategic commonalities? While the establishment and the deep state in the US have a hostile position towards Putin, and the investigation headed by special counsel Robert Mueller into Russian interference in the 2016 US elections is in progress, meaningful concessions - such as lifting US sanctions on Russia - are off the table.

Factors other than a conspiracy against Iran might be involved. For decades, until the end of 2015, exporting crude oil from the US was largely illegal. However, thanks to the emergence of shale oil - made possible by a new technology, the so-called hydraulic fracturing and horizontal drilling - in June 2015, the US surpassed Russia and Saudi Arabia as the world’s largest producer of oil and gas. Six months later, the unthinkable happened: in a country addicted to foreign oil supply, the ban on oil exports was suddenly history.

Although the average production-cost-per-barrel of shale oil is considerably higher than that of conventional crude oil, rising oil prices over the past two years have caused record US oil exports to "bite into" Russia and OPEC’s market share in Asia, according to the Reuters news agency.

Bloomberg recently reported that the Russian/Saudi decision to increase oil production related in part to what was happening in Texas and Oklahoma: "The latest period of supply restraint from OPEC and Russia has in essence seen them give up market share to onshore North America."

In 2015, upon the conclusion of the nuclear deal between Iran and world powers and the relief of sanctions on Iran's oil, while the price of oil had reached $40 per barrel - around half the price of the preceding few years - Iran adopted the same policy of production increases. "We will increase our oil production at any cost. We have no other choice. If Iran doesn't increase its oil production immediately, we will lose our market share for good," Iranian oil minister Bijan Namder Zangeneh said.

On increasing oil output, although the Saudis are certainly willing to help Trump tighten the screws on Iran's oil, this may not apply to the Russians. Russia does not have the leverage to push Iran out of Syria in exchange for meaningful concessions by Trump. More importantly, at this point, Trump does not have much to offer Putin.

Whatever complex game Putin is playing with Trump, selling out Iran is not likely one of his moves.

- Shahir Shahidsaless is an Iranian-Canadian political analyst and freelance journalist writing about Iranian domestic and foreign affairs, the Middle East and US foreign policy in the region. He is the co-author of Iran and the United States: An Insider’s View on the Failed Past and the Road to Peace. He is a contributor to several websites with a focus on the Middle East, as well as the Huffington Post. He also regularly writes for BBC Persian. He tweets @SShahisaless. 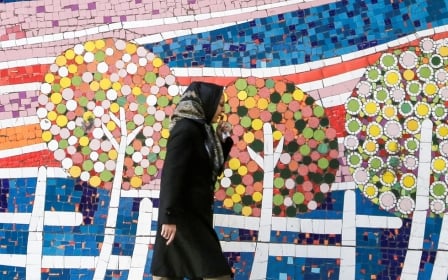 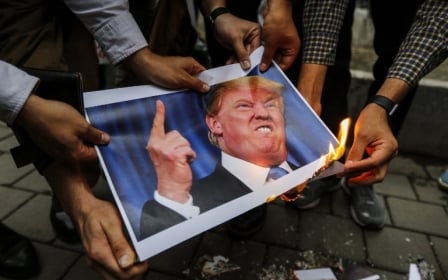 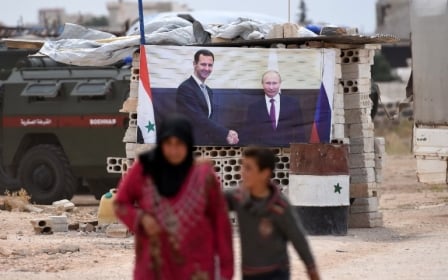