Tehran has no reason to negotiate further deals or amendments with a government that has proven untrustworthy, analysts say 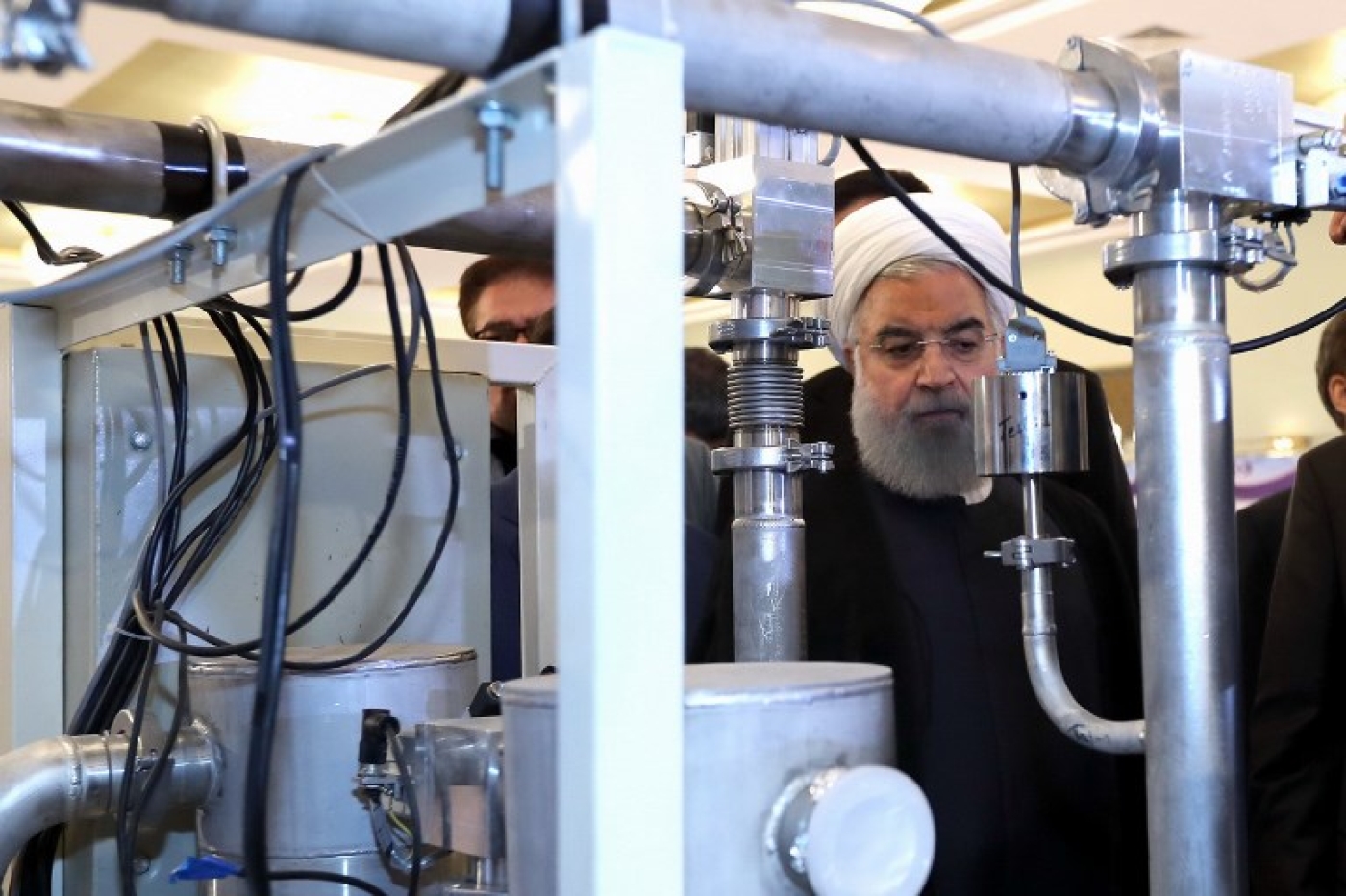 Iran will not accept changes or additions to the 2015 nuclear agreement, even as US President Donald Trump threatens his country’s imminent withdrawal from the landmark deal, experts say.

In the lead-up to the 12 May deadline for the US to renew or cancel sanctions relief, Trump and French President Emmanuel Macron have spoken of a potential “new deal” to constrain Iran’s regional influence and its ballistic missile programme. Iranian President Hassan Rouhani, however, has warned of “severe consequences” should the US fail to abide by its commitments under the existing agreement, known as the Joint Comprehensive Plan of Action (JCPOA).

“There's no chance of Iran accepting changes to the JCPOA,” said Massoumeh Torfeh, an Iran expert at the London School of Economics, citing the country’s ongoing compliance with inspections by the International Atomic Energy Agency.

“Iran has taken little benefit from the JCPOA, and international trade and investment with Iran are restricted by banking limitations under the shadow of the US continuing sanctions,” Torfeh told Middle East Eye. “On ballistic missiles, Iran would not agree to curb its programme [amid] continuous verbal Israeli threats against Iran and the fact that Israel has the largest stockpile of these missiles.”

Trump has long derided the nuclear agreement - under which Iran accepted limitations on its uranium enrichment programme in return for sanctions relief - as the “worst deal ever negotiated”. He has repeatedly threatened a US exit from the pact, which was the signature foreign policy achievement of his predecessor, Barack Obama.

In a bid to appease the US president, European signatories to the deal in March reportedly proposed fresh EU sanctions on Iran over its ballistic missile programme and its actions in Syria’s proxy war. But Macron, who last month worked to persuade Trump to stick to the JCPOA while pursuing a separate agreement to address some of their broader concerns, has since acknowledged that the US president may simply “get rid of this deal on his own, for domestic reasons”.

It is not an easy choice for the Europeans, as even if they stick to the JCPOA, they will be under pressure from the US, Israel and Saudi Arabia to confront Iran on the ballistic and regional policies fronts

If that were to happen, the global consequences could be dire, said Ali Vaez, director of the Iran Project with the International Crisis Group.

More likely than a full withdrawal, however, is that the Trump administration will allow sanctions against Iran to snap back, but not immediately - giving more time for US and European negotiators to figure out how to “fix” the deal, Vaez added. This would be in line with Trump’s approach so far, “which at each stage has upped the ante and sort of destabilised the deal - which has the dual benefits of preventing Iran from reaping the dividends of the agreement, and at the same time, keeping it bound by its restrictions”.

Meanwhile, Israel this week renewed its efforts to scuttle the deal, as Prime Minister Benjamin Netanyahu accused Iran of “blatantly lying” to the world about its nuclear ambitions. The allegations were sensational, but signatory states appeared unconvinced after Netanyahu failed to provide any evidence that Iran had violated its commitments since the deal was adopted in 2015.

“Netanyahu’s goal is to provide Trump with a justification to leave the JCPOA and force Europe to reimpose sanctions,” said Riccardo Alcaro, a research coordinator at the International Affairs Institute in Rome.

But by walking away from the deal, Trump would isolate the US, analysts note, as the Europeans, Russia and China have all indicated they will remain bound by the agreement.

“The Europeans are largely comfortable with the JCPOA … Their main argument is that it is the best way to keep Iran from giving in to the temptation of building nuclear weapons,” Alcaro told Middle East Eye. “This said, they do recognise that the deal could be improved - in particular by finding a way to strengthen the guarantees that Iran will not be in the position to build a nuclear arsenal when the temporary limits to its civilian nuclear programme (the so-called sunset clauses) expire 10-15 years from now.”

Talk of a “new deal” is both dangerous and promising, he added, as it could lead indirectly to the dismantling of the JCPOA, but could also encourage discussion about security governance mechanisms with region-wide benefits.

“It is not an easy choice for the Europeans, as even if they stick to the JCPOA, they will be under pressure from the US, Israel and Saudi Arabia to confront Iran on the ballistic and regional policies fronts,” Alcaro said. “The Europeans really are between a rock and a hard place.”

As US midterm elections approach in November and the next presidential campaign looms in two years, Trump is aiming to distinguish himself from Obama, analysts say. Still, his policy is ridden with contradictions: Just as Trump works to paint Iran as the world’s paramount threat, Secretary of State Mike Pompeo has acknowledged there is no reason to believe Tehran “would immediately race to a nuclear weapon” if the limits on its uranium enrichment programme were lifted.

University of Tehran professor Mohammad Marandi told Middle East Eye that as it stands, many in Iran believe their government has already conceded too much to the US. It would be “foolish” to negotiate further agreements with a government that has shown itself to be untrustworthy, he said.

“With regards to Iran’s missile defence capabilities, when the United States and its allies act like rogue regimes - send in extremists to Syria to create a civil war, bomb Libya and destroy their country, help the Saudis strangle the people of Yemen, invade Iraq and bomb Syria illegally, and invade Afghanistan as well - then only a fool would be willing to give up his or her defence capabilities,” Marandi added.

Who stands to lose?

Should it ultimately withdraw from the nuclear deal, the US also stands to lose greatly by forfeiting an important component of its regional clout, said Alex Vatanka, a senior fellow at the Washington-based Middle East Institute.

“My fear is that we allow others on the international stage to take the lead on a key issue about the future of the Middle East, a critical region of the world - that we allow the Russians or the Chinese, and to some extent the Europeans, to be the voices that will, going forward, shape Iran’s calculations and its regional dynamic,” Vatanka told Middle East Eye.

No Iranian leader has the political capital to argue for additional negotiations with the West at this juncture, Vaez said, noting that a likelier scenario would involve “an Iranian pivot towards Russia and China in order to create a new bloc against the West”.

However it plays out, the entire episode will have a “generational impact” on US credibility in the region and beyond, Vaez added. Rather than threatening to tear apart the nuclear deal, the US could have pursued other options to eke additional concessions from Iran, such as further sanctions relief - but these options were ignored.

“There is no way that one can build a broader and a stronger agreement on the ruins of the JCPOA,” Vaez said. “By destroying the JCPOA, I think the US will also destroy trust in the utility of diplomatic engagement with Washington.” 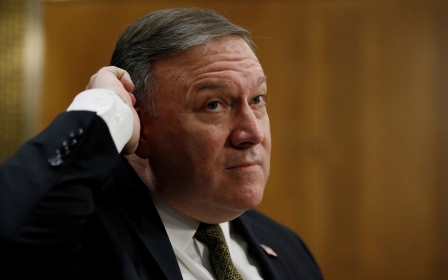 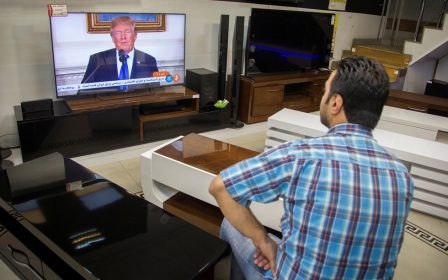