ANALYSIS: US strike on pro-Assad forces a red line, or a red herring?

Incident highlights a new complex dimension of the Syrian war that threatens to spill over, say experts The attack was swift and to the point - a convoy of Iranian backed, pro-Syrian government militia stopped dead in its tracks by US air power, as it advanced to "fight the Great Satan" in areas where US coalition forces were training rebels in southern Syria.

Thursday's bombing, a few miles from al-Tanf near the Jordanian border, is only the second time that US-led forces have directly and purposefully targeted supporters of President Bashar al-Assad, and shows that the US, under Donald Trump, is prepared to protect its interests.

The US has for years trained rebels in Jordan and along the southern Syrian border. Recent intensification of that programme, aimed at an eventual push against the Islamic State in Deir Ezzor, has left Assad and Iran, his backer, fearful of the creation of a US sphere of influence within Syria's southern borders.

While it is not an indication of a definite hardening of US policy against Assad's military, analysts spoken to by Middle East Eye say the action illuminates a new complex dimension of the Syrian war that threatens to spill over.

Haid Haid, a consulting research fellow at the Chatham House think tank, said Thursday's attack contained the makings of a new "red line" for the US under the presidency of Trump. He said that it mirrored Washington's response to the gassing of the Syrian town of Khan Sheikhun in April - a swift strike against a Syrian airbase with a salvo of cruise missiles.

"The US seems more keen to insist on their red lines - this is another red line that was not drawn before, and shows the US is perhaps more keen to protect its allies against the regime," Haid said.

"But it is not clear whether they will apply the policy everywhere. This might just be a one-off to show 'this is our area, don't get closer'. Different scenarios may bring different results."

Haid said the US retaliation could have been specific to the location: al-Tanf is the site of a key base where US and British special forces are training Syrian rebels.

"It's not only about protecting the allies, those (Iran-backed) groups were getting closer to the base and the US was physically threatened by those forces," he said.

'This might just be a one-off to show 'this is our area, don't get closer'. Different scenarios may bring different results.'

The attack comes after weeks of threats by the Iranians against any US build-up in southern Syria. Early in May, the US, Jordanian and a host of allies began a yearly war-game operation known as "Eager Lion".

Late last month, the Tabnak news agency, which is affiliated to the Iranian Revolutionary Guards Corps (IRGC), indicated that Iran had growing concerns that US activities on Jordan's border "indicate preparations for an attack".

Another article in Tabnak said that Russian and Iranian military officials had informed Assad that they stood ready to send ground forces to intervene.

Haid said Iran had specific interests of its own in the south of Syria that were divergent from those of Assad's other backer, Russia. Tehran needs a land corridor stretching across Iraq and into Syria to keep its militias and proxies, such as Hezbollah, in weapons and supplies.

"Iran wants a weak state, with strong non-state allies who can secure long-term influence," he said. "This was their model in Lebanon - a weak state plus Hezbollah, and Iraq - the Popular Mobilisation Units are now stronger than the Baghdad government itself.

"Iran wants to continue to have this land supply line all the way from Iraq to Syria. Having strong US influence in southern Syria threatens that supply line.  This is why many say al-Tanf is part of a broader US strategy to contain Iran in the region."

Haid said that Iran would be willing to escalate if it thinks that this is part of a broader strategy to contain Tehran's influence and disrupt its arms supplies.

"But what happened this week will force them to think about their next move."

Justin Bronk, an air power specialist at the Royal United Services Institute, put forward another theory - that the attack at al-Tanf was not indicative of a wider policy shift, but a response to specific intelligence about wanted individuals in the convoy.

"This appears to be wiping out a convoy, basically busy work, which is what the coalition does day in day out. So it seems a bit strange to do something quite so low-level if you intended to send a strategic message. If you were going to escalate against Assad forces it would seem strange to do so on a piecemeal basis.

Bronk said his instinct was that the attack was based on specific intelligence and was much more targeted than it appeared.

"My guess is they knew exactly who they were going after. Given the amount of political oversight that goes on in Syria, strikes on Assad-allied forces would have to be authorised at a high level, I don't think this is going to be tactical commanders making that decision.

"And maybe the fact that the Trump administration had different views on what it is prepared to risk meant the strike could go ahead.

"This was not intended to be a strategic message against the Assad regime. This would have been a very specific intelligence on targets they were trying to hit - the individuals in the vehicles." 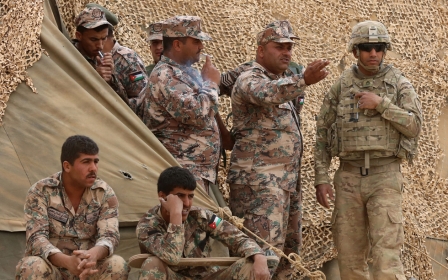 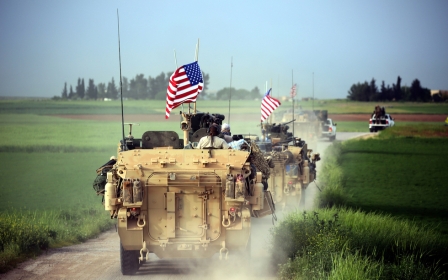