Arabic press review: An-Nahar newspaper launches campaign to save itself Lebanese newspaper An-Nahar surprised its readers in its Monday issue with a half-blank front page calling for donations to “support the continuation” of the newspaper.

Coming down from the top half of the page is an image of veins filled with ink-blue blood, accompanied by the words “the newspaper that donated blood is now asking you to #donateink".

The campaign is attempting to draw attention to the crisis that has affected the media in Lebanon, especially print media outlets.

Under the headline “You are our ink”, the newspaper asked its readership to give donations to support an independent press and allow journalists to continue their work.

“Free media is struggling to survive in a world full of technological and economic transformations and complicated political and security crises,” the column read.

An-Nahar was founded in 1933 by Gebran Tueni. His grandson, also named Gebran, was editor-in-chief at the newspaper and a Beirut MP before he was assassinated in a car bomb in December 2005.

“Nothing equals the blood that was poured for freedom... The ink will defend the blood,” Monday’s column read.

Kuwaiti authorities have extradited Egyptian doctor Islam Ali to Cairo - hours after he arrived at Kuwait International Airport from Istanbul, Turkey - on the pretext of him being a member of the Muslim Brotherhood.

Ali has not been referred to any investigative body and is not wanted for any foreseeable charges before the Egyptian or Kuwaiti judiciaries, according to Al-Khaleej Al-Jadeed.

The Arab Organisation for Human Rights in the UK (AOHR) condemned the extradition, saying: "The extradition process was carried out through corrupt and illegal procedures, where Ali was arrested after his arrival at Kuwait Airport on Friday.

"He was then detained for hours without charges and without being investigated by any judicial authority, or being allowed to communicate with any person, before being forced to take a plane heading towards Egypt".

The Kuwaiti Interior Ministry said in statements published by the country's newspaper Al-Rai that Ali had confessed to the charges against him after being interrogated inside the airport.

The AOHR said that the behaviour of the Kuwaiti authorities was similar to those of the Egyptian government, which is known for fabricating accusations against opposition figures and defaming them before any judicial action, after exposing them to the most severe violations.

Relations between the UAE and Israel are on a high, with the visit of a high-ranking delegation from the Israeli Ministry of Justice to participate in an international conference against corruption, according to Al-Khaleej website.

The team included high-ranking officials from the criminal and international division of the Israeli Public Prosecution Office.

The visit comes at a time when Israel is preparing to participate in Dubai's Expo 2020 exhibition, and follows a vist by another delegation on 1 December to check preparations for the event.

According to officials, the Israeli pavillion in the exhibition will constitute a unique opportunity to accelerate the normalisation of relations with Israel and communication with ordinary Arabs.

Local authorities in Jordan signed an agreement to establish the first project in the history of the country to produce fuel from waste, using modern technology called Polycrack, according to Jordanian newspaper Al Ghad.

A local official said that the project would mainly work to reduce the burdens incurred by the municipal authorities in terms of transporting waste, and would also reduce other financial burdens that would later be invested in achieving other goals and projects.

The general manager of Al-Qamer Company, which will implement the project, said the Polycrack technology has been successfully used throughout the world and has gained a number of awards and patents.

The technology is completely eco-friendly with no pollutants emitted into the air, soil and water, according to al-Ghad. It also leaves no residual material to be dumped in landfills, as the waste is completely recycled. 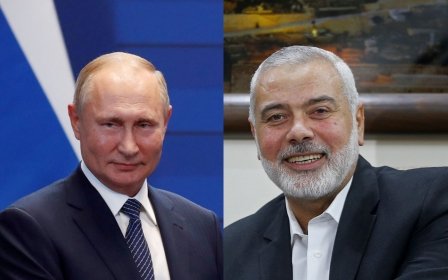