Arms companies failing to carry out due diligence on human rights: Amnesty

In a new report, the rights group accuses defence companies of showing 'indifference' to the impact of their sales 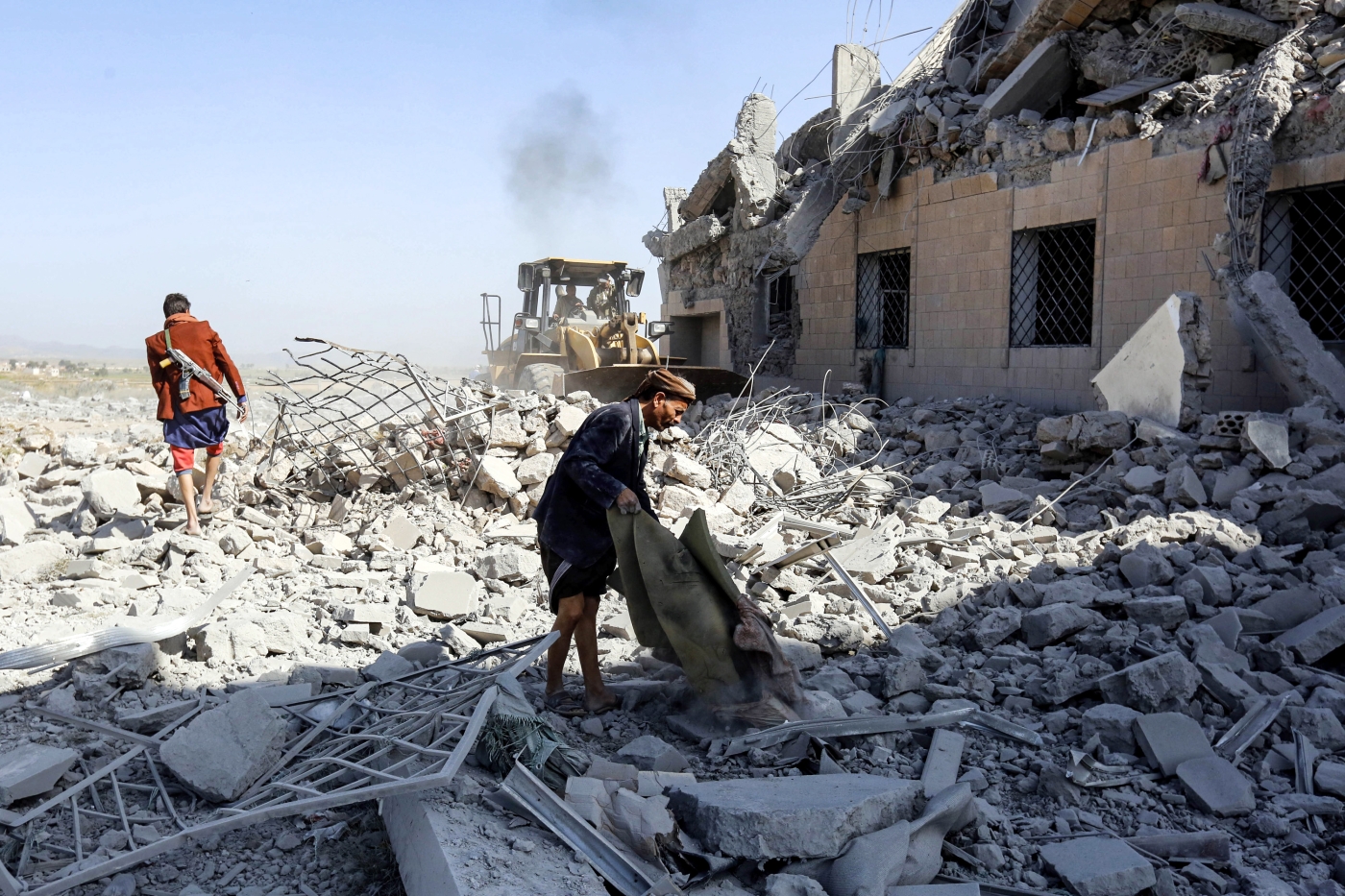 People inspect the rubble of a destroyed building that was used as a detention centre by Yemen's Houthi rebels which was hit by an air strike of the Saudi-led coalition, in Dhamar south of Sanaa (AFP)
By
Alex MacDonald

Leading arms companies are not undertaking due diligence with regards to potential human rights abuses, a new report by Amnesty International has revealed.

According to the rights group's new report Outsourcing Responsibility, companies including Airbus, BAE Systems and Raytheon have been failing to meet their responsibilities in accessing the risk of their products being used in conflicts where human rights abuses could occur.

Amnesty said that they contacted 22 companies and asked them to explain their processes for examining how their products were used, but "none of the companies that responded was able to adequately explain how they meet their human rights responsibilities and demonstrate proper due diligence", while "14 did not respond at all".

The United Nations Guiding Principles on Business and Human Rights (UNGPs) - passed in 2011 by the UN Human Rights Council - says all companies have a responsibility to undertake due diligence to investigate and take steps to address their potential and actual human rights impacts.

However, Amnesty said that while under the 2013 Arms Trade Treaty there was an obligation for states to address whether the granting of arms licenses could result in the facilitation of human rights abuses, there was little scrutiny of defence companies themselves.

“The role of arms companies in deadly conflicts marred by serious human rights violations has been the elephant in the room for too long," Patrick Wilcken, arms control researcher at Amnesty International, said in a statement.

"While states like the UK are, rightly, being pursued in the courts for their reckless arms deals, the corporations who profit from supplying arms to countries involved in these conflicts have largely escaped scrutiny.” 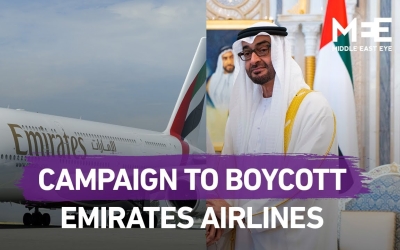 Wilcken said none of the companies Amnesty contacted were able to demonstrate adequate human rights due diligence.

“Not only does this show an alarming indifference to the human cost of their business, it could potentially expose these companies and their bosses to prosecution for complicity in war crimes,” he said.

A report by Campaign Against the Arms Trade (CAAT) last month revealed the UK government licensed £6.3bn ($7.6bn) worth of arms to the Saudi-led coalition in Yemen in four years of the group’s bombing campaign.

The UK also licensed £142m worth of arms to Qatar prior to its withdrawal from the coalition in 2017.

The coalition has been targeting the Iran-aligned Houthi movement, which seized control of Yemen's capital Sanaa from the internationally recognised government in 2014.

The bombing campaign has resulted in what the UN has branded the worst humanitarian crisis in the world, with more than 20 million people across the country left food insecure and 3.2 million people suffering from acute malnutrition.

Wilcken added that the majority of the companies who had responded to Amnesty argued that responsibility for human rights assessments "lies with their home states through the arms licensing process", while BAE described the accusations made by the organisation as "false and misleading".

In separate statements, Raytheon said its sales were “carried out in full compliance with the authorisations and provisos in the export licenses grant by the US government and other countries in which we conducts business”, while Airbus said it had "in place policies, processes and organisation to ensure compliance with all relevant export control laws and regulations".

The report comes as London prepares to host one of the world's biggest arms fairs, the Defence and Security Equipment International (DSEI), an annual event backed by the British government.

The DSEI is supported by the UK’s government’s Defence and Security Organisation and features representatives from an array of private companies and governments, including many engaged in routine human rights abuses, according to anti-arms trade campaigners and human rights organisations.

In addition to Saudi Arabia, others attending include Bahrain, Egypt and Israel, who will be sending an official state delegation for the first time following a UK government invite.

According to the DSEI website, its official international partner for the arms fair is the United Arab Emirates, another member of the coalition in Yemen whose national pavilion will take “centre stage” at the event.

The DSEI has provoked many days of demonstrations from peace campaigners and anti-arms trade activists, who have attempted to disrupt the event and draw attention to it. 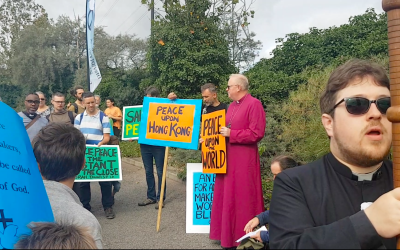 Peter Hill, local area bishop for the Church of England, was one of those who attended a faith-based protest against the fair.

“I am ashamed that the arms fair is going on in my area of the church of England and I want to protest and be part of the protest against the evil of us selling arms to countries that are using them against innocent people in unjust and terrifying ways," he told Middle East Eye.

“This is injustice, that weapons of war that have a UK stamp on them are being used in ways that I am not happy at all with and we need to speak to our politicians and our government.”

Middle East Eye's veteran reporter and author Ian Cobain, who has previously worked for The Guardian and The Times newspapers, was told on Wednesday that his application to cover the DSEI arms fair in London had been rejected by the security team.

Cobain was initially told that his accreditation was being held up because the event's "security team" wanted to check that he was a suitable journalist to be covering an arms fair.

In a subsequent email, the security team said: "After reviewing your application we are unable to establish that you are a journalist/editor/production team member in a relevant field." 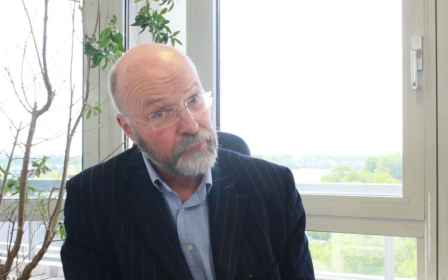 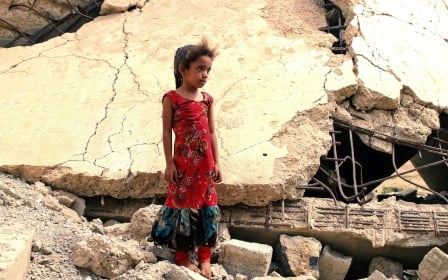 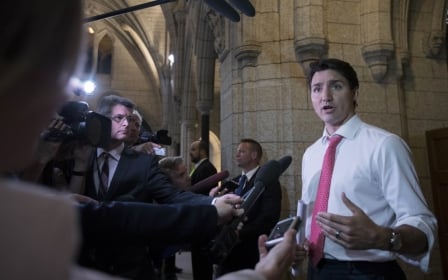