Bahrain announced on Tuesday that it had officially appointed the kingdom’s first ambassador to Israel.

Bahraini state media said that Khaled Yousef al-Jalahmah would serve as Bahrain's envoy to the State of Israel, and was congratulated on the position by the country's monarch.

Jalahmah previously served as the deputy ambassador to the United States and had also held several other senior positions in the Bahraini diplomatic service.

The announcement came after Bahrain agreed to normalise ties with Israel in September last year, alongside a number of other countries in the region, including Morocco, Sudan and the United Arab Emirates (UAE).

The appointment of Jalahmah was signed off on 30 March by then Israeli Foreign Minister Gabi Ashkenazi, who called it "another important step" in implementing September’s Abraham Accords which normalised ties between Israel and Bahrain.

"His Majesty, may God preserve him, congratulated Ambassador Khaled Yousef al-Jalahmah, and His Majesty expressed his lofty directives to the ambassador, wishing him success in promoting Bahrain’s noble message of peace and the values of tolerance and peaceful coexistence," the statement read. Israeli embassy in the UAE

The announcement came on the same day that Israel's foreign minister, Yair Lapid, opened Israel's embassy in the UAE after his first official visit to Abu Dhabi.

Speaking at the opening ceremony, Lapid said: "This is a historic moment and a reminder that history is written by human beings.

"Agreements are signed by leaders, but peace is made between peoples. What we sign today is not the end of the process, but rather, is just the beginning."

Palestinians have denounced the normalisation deals, describing them as a "stab in the back".

They say that the deals, known as the Abraham Accords, violate a longstanding pan-Arab position that Israel could normalise relations only in return for land. 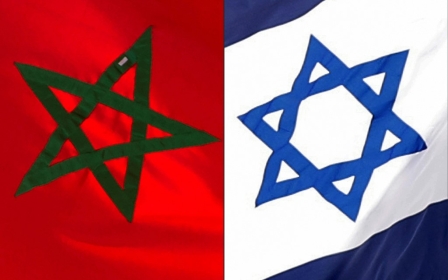 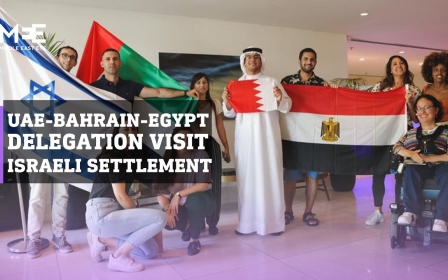